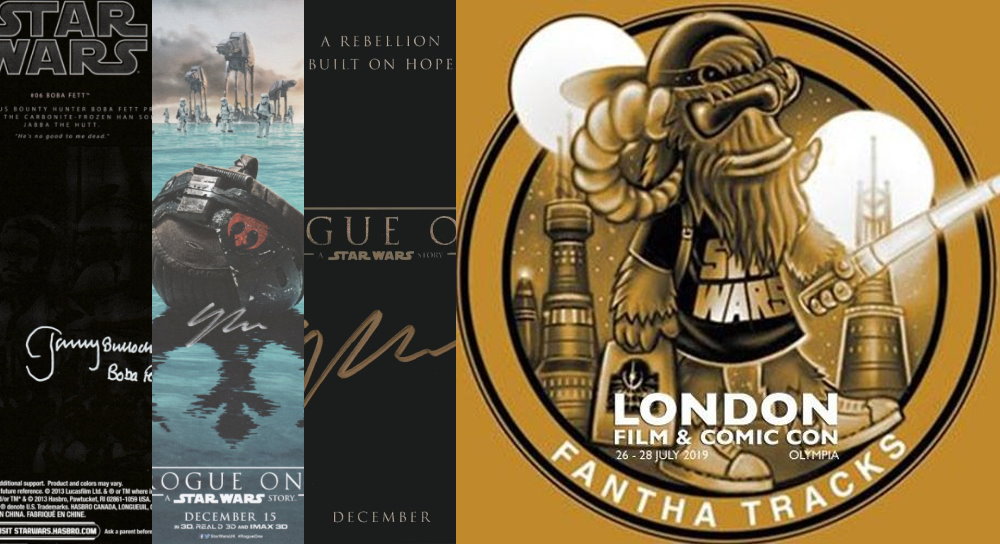 London Film and Comic Con heads to Olympia over the weekend of 26th to the 28th July 2019 Fantha Tracks are heavily involved, scheduling and manning the Star Wars Zone. Over the next few days we will lay out just what you can expect to see in the area. Next up, we have a selection of exclusive signed items in the Star Wars Zone raising money for two very special charities. 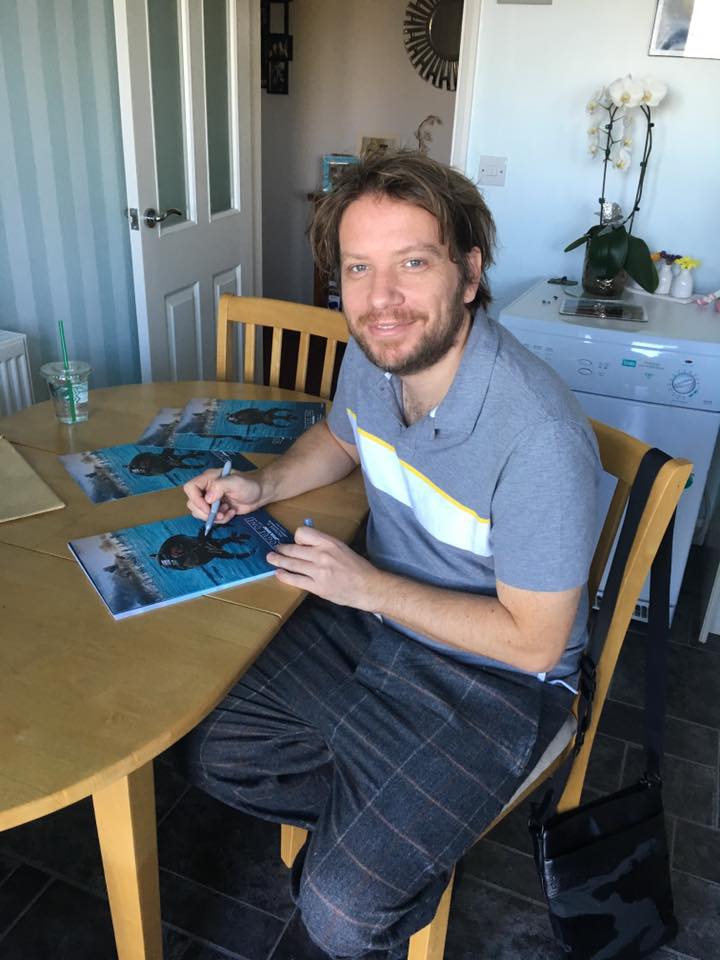 First off we have a selection of signed cards from Rogue One director Gareth Edwards, raising money for Angelman.

There are two images available:

The black card to the left is postcard sized and sells for £30.00.

The image of the Rebel helmet on the Scarif beach, a Cineworld exclusive giveaway, is A4 size and sells for £50.00.

Both are in limited numbers and every single penny goes to Angelman. 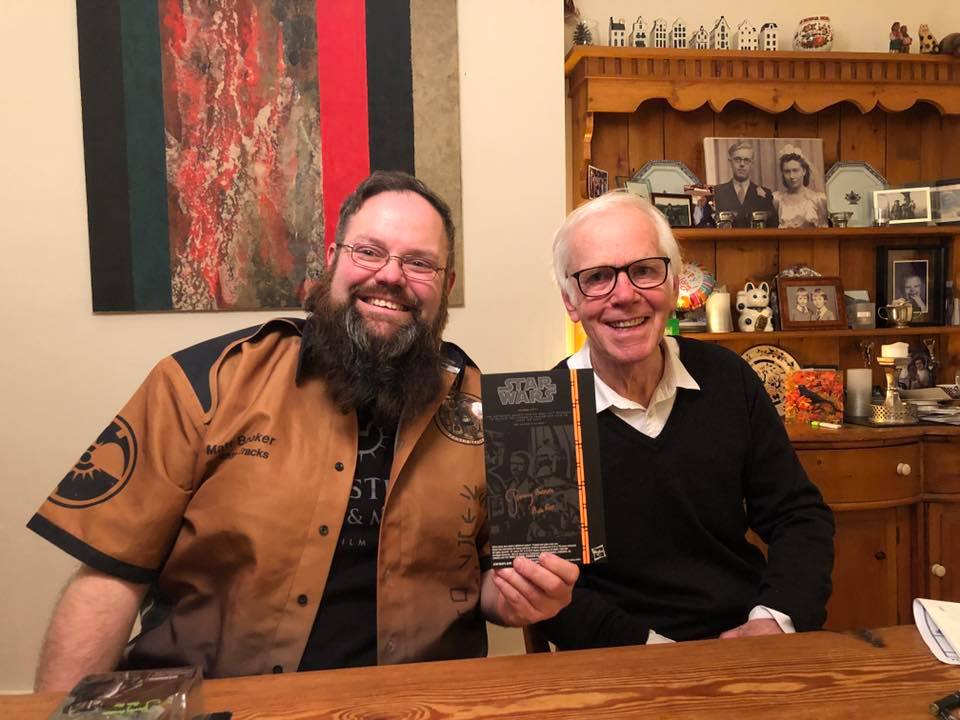 The second series of items are signed by Boba Fett himself, Jeremy Bulloch. These are proof cards from Hasbro that were made for the global Black Series launch at Toys r Us in the UK 6 years ago, just before Matt, Dave and Mark headed out on the Caravan of the Force trip to Celebration Europe in Essen. The remaining few cards were signed recently at his home with all proceeds going to Jeremy’s chosen charity, Great Ormond Street Hospital.

There are two colours of signing, bronze and silver, are in limited numbers and are available for £30.00 each.

Both can be found at All The Cool Stuff’s Star Wars Zone Merchandise Stand and to make it 100% clear, neither Gareth or Jeremy will be at LFCC in person. They have kindly signed these items to raise money for their chosen charities.

Across the weekend there will be costuming panels with all four groups as well as chats with them in between panels. Stay tuned as we will take a look at the exhibits in the Star Wars Zone, the schedule of talks, podcasts and panels (you won’t believe some of the guests we have joining us in the Zone) and merchandise that will be available.

Looking back to London Film and Comic Con 2009