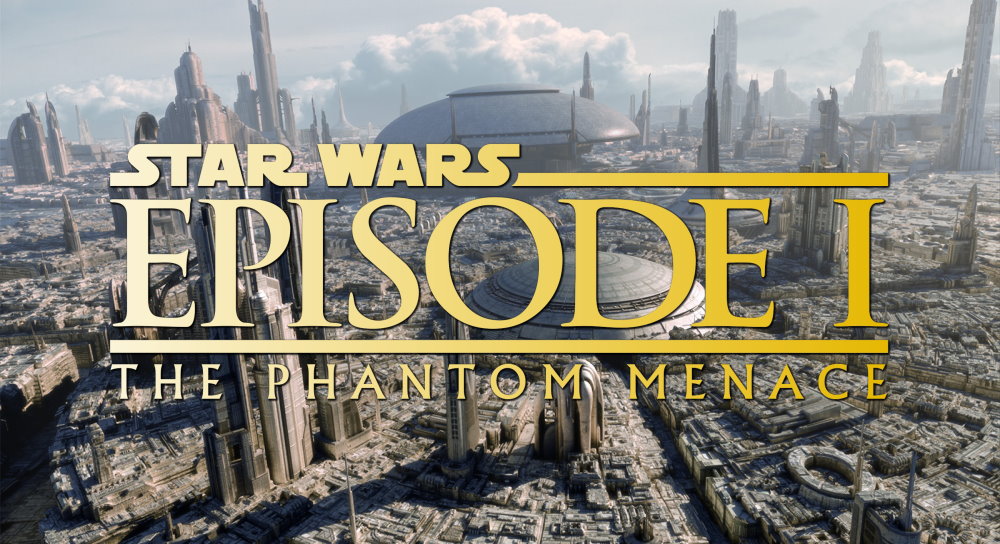 Welcome back to our Fantha Tracks article series celebrating the 20th anniversary of Episode 1 – The Phantom Menace. From behind the scenes to source, we go in-depth to hopefully show you the movie in ways you have never seen it before.

Our chronological look through the movie has brought us to the galactic capital, Coruscant.

The idea of a city-spanning world always existed in the mind of George Lucas, and for a long time it seems to finally come to the big screen with Return of the Jedi. This prompted him to ask Ralph McQuarrie to design the sparkling cosmopolitan center of the galaxy. Yet it never came to be, with script changes moving the Emperor from his lair on Had Abbadon, as Coruscant was known at the time, to be present on board the second Death Star. 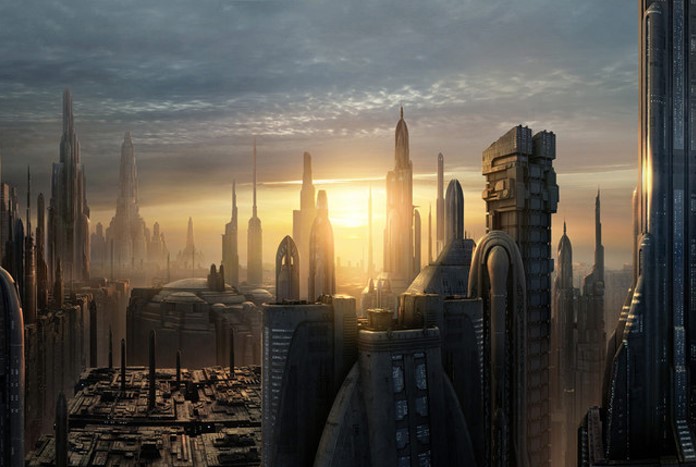 When it was time to make the Special Editions production re-used that art of Ralph McQuarrie to show the galaxy celebrating their freedom on multiple words, including the, now named, Coruscant. That name means glittering or sparkling, and was thought up by Timothy Zahn for his Thrawn novels.

It was not until The Phantom Menace that we really got to see the splendor of the city, and that many of the features had to be designed. The planet was carved into a couple different neighborhoods with its own distinctive style: The Senate district, heart of the Republic with gleaming domes and streamlined curves, based on New York’s Chrysler Building. The second neighborhood was one based on concrete more like the Empire State Building, which was the where Palpatine’s apartment was located. Third and final neighborhood (at least until Attack of the Clones would expand the city yet again) was that of the Jedi Temple, the only district not to be prominently art-deco in style, but more gothic and pyramidal, combined with influences taken from China’s Forbidden City. 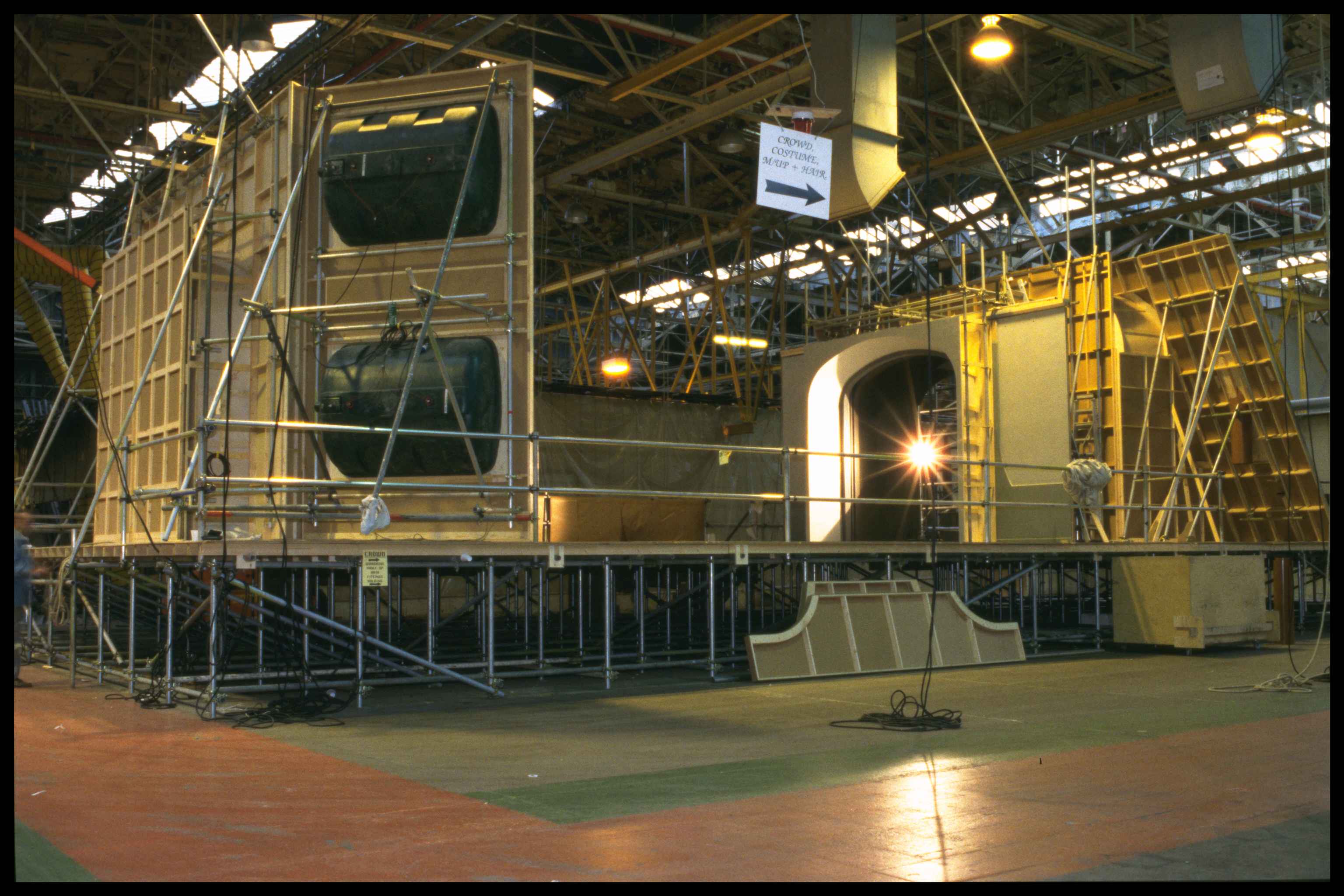 Another interesting bit to note is that the planet was portrayed on purpose as one to have no ground, where people are constantly coming and going to places, never to be firmly rooted in place. This was done to symbolize the drifting nature of the Galactic Senate, and how out of touch they have become with the wider galaxy. 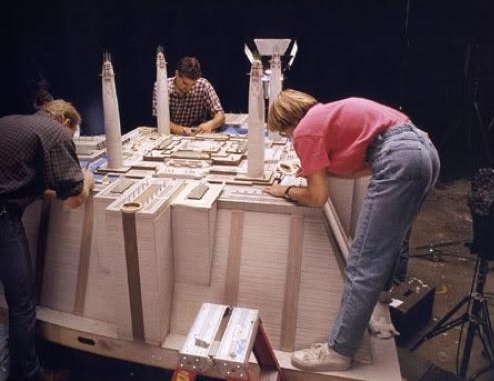 Early designs included terraced balconies inside the Senate Building for the senators to take place when the senate is in session. They were able to present their point by walking on a large walkway that connected the balconies to the podium of the supreme chancellor. This got changed the moment the floating platforms were designed by Doug Chiang. Ever since every delegation received their own pod and could float towards the center podium in the domed building. The center podium for Valorum and one of such senate pods was physically build for the cast to be filmed in, and a miniature was made of the building.

With the general brief that the Jedi Temple district was to be a hybrid of Gothic, a touch of art deco and ancient Chinese and Egyptian architecture, Doug Chiang started to imagine what the design had to be. Considering that the Jedi Temple was a monument of reflection and devotion, he started to look at real world buildings that are similar in purpose. Seeing common features, he incorporated those with a Star Wars twist (like elongating them, twisting them to make them appear different, yet similar so that you would instantly recognize it as such) and made the final designs. 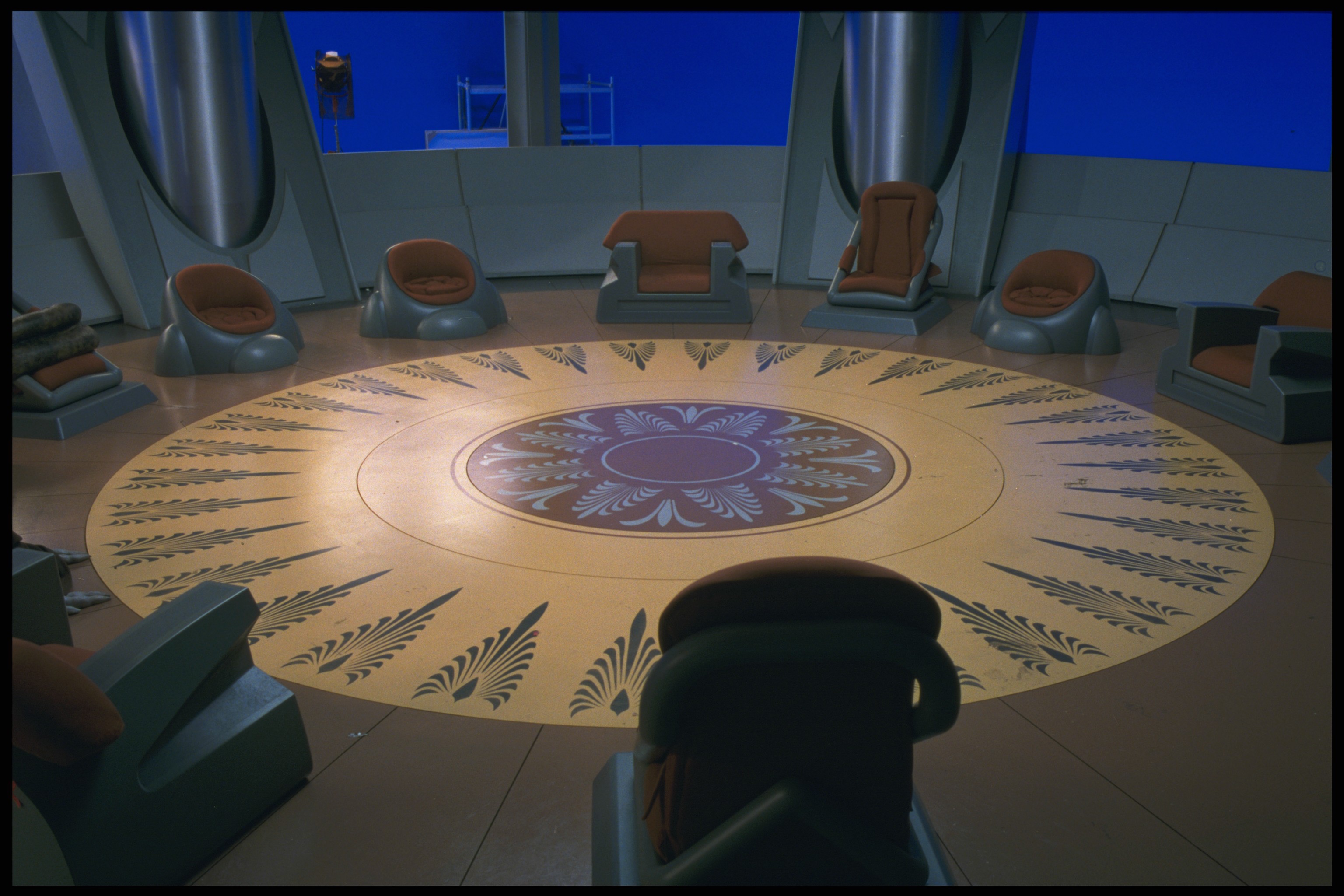 Those final designs then were turned into a huge miniature by the people of ILM. This miniature was stored carefully and would be filmed again for the subsequent movies. With the model receiving an upgrade with a new entrance for Revenge of the Sith.

A second miniature was build for a night shot in which we see a close-up of the Jedi Council spire.

For the Jedi Council scenes, with its twelve members that were realized through a combination of actors, actors in masks and animatronics puppets, a huge and detailed set was build in the Leavesden studios. To accommodate puppeteers like Frank Oz with more space to move and more ease to bring characters like Yoda and Yaddle to life, the set was build on a height of around 6 feet (close to 2 meters). 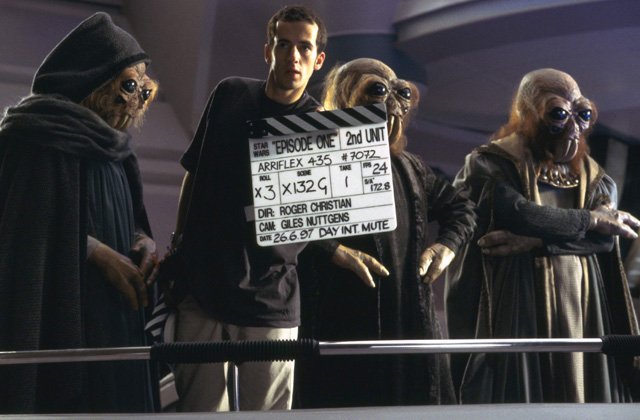 This set however looked quite different than the one we ended up seeing in the movie. The windows originally were a lot smaller, ending less high to the ground, and had a spoke in the middle of them. After filming Lucas wanted to see much more of the sprawling city in the background and asked those windows to be enlarged digitally, having them extend much closer to the floor, and with the spoke to be removed. The backgrounds of the city were matte paintings.

Whereas the Senate scenes were filmed in the first weeks of the production, the Jedi Council was shot during the last weeks of production. This was done probably to give the production time to build this elaborate set while cast and crew were filming in Italy and Tunisia. The set was too huge to be kept in storage and struck down after filming. They did kept the chairs, and those were reused for Attack of the Clones and Revenge of the Sith.