As we await the new Star Wars movie, The Rise of Skywalker, and the TV show, The Mandalorian, various websites and magazines keep putting out new exclusive pictures. And let’s face it, these pictures are awesome. As a visual Star Wars fan, I’d thought I’d put my two cents in about these pictures. 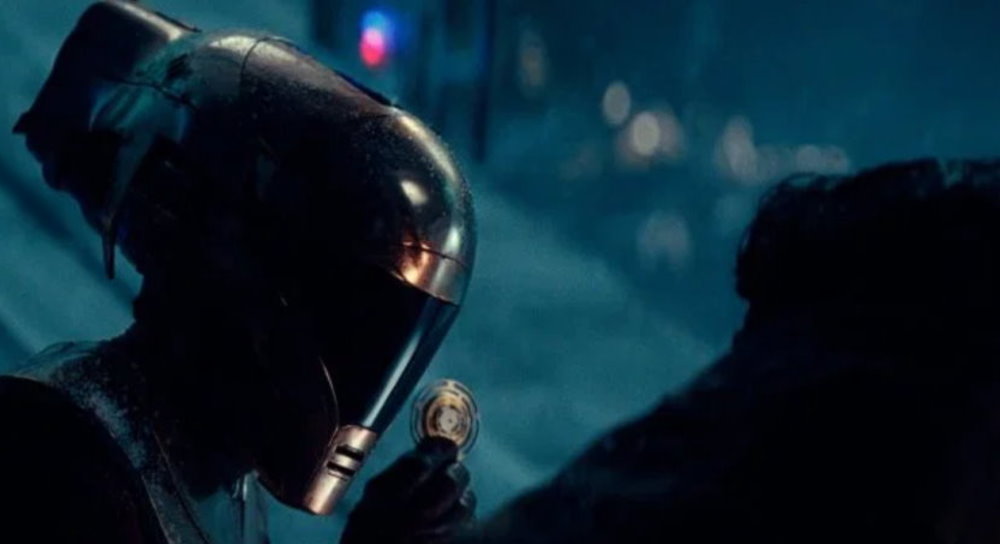 So this is a picture of Kerri Russell’s new character, Zorri Bliss. She’s some kind of scoundrel, maybe a bounty hunter who has a past with Resistance Hero Poe Dameron. There’s an automatic love of any Star Wars character who wears a mysterious helmet and armor (future Comic-Cons will be full of cosplaying Zorri Bliss’). Her armor appears to be covered in snow, so we’re seeing some kind of arctic planet. But what’s most important is what she’s holding. Is it a token, or some kind of bounty hunter chit? She’s holding it up to somebody on her right and it obviously means something to both of them—perhaps a vital part of their anti-First Order mission? 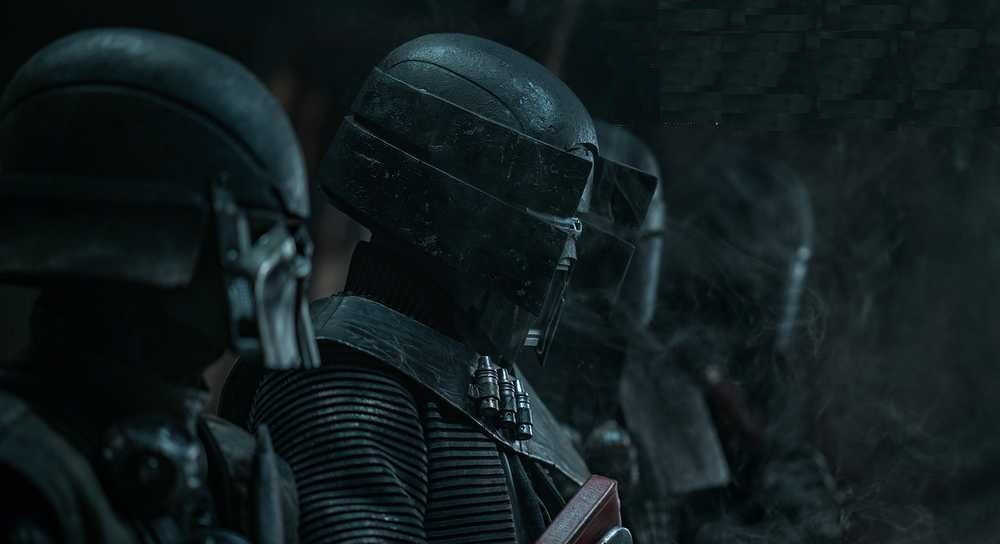 Ah, at last. The Knights of Ren. Kylo Ren’s group of boy band Sith wannabes. Although, this picture makes them look pretty cool. It’s a group of 4 similarly-dressed individuals in masks, armor and armed bandoliers. They have their heads bowed, as if in supplication or obedience. These are the guys I’ve been looking forward to seeing since they were mentioned in The Force Awakens. Since Kylo Ren is the new Supreme Leader of the First Order/the galaxy, it only makes sense that his top enforcers treat him with supreme reverence. 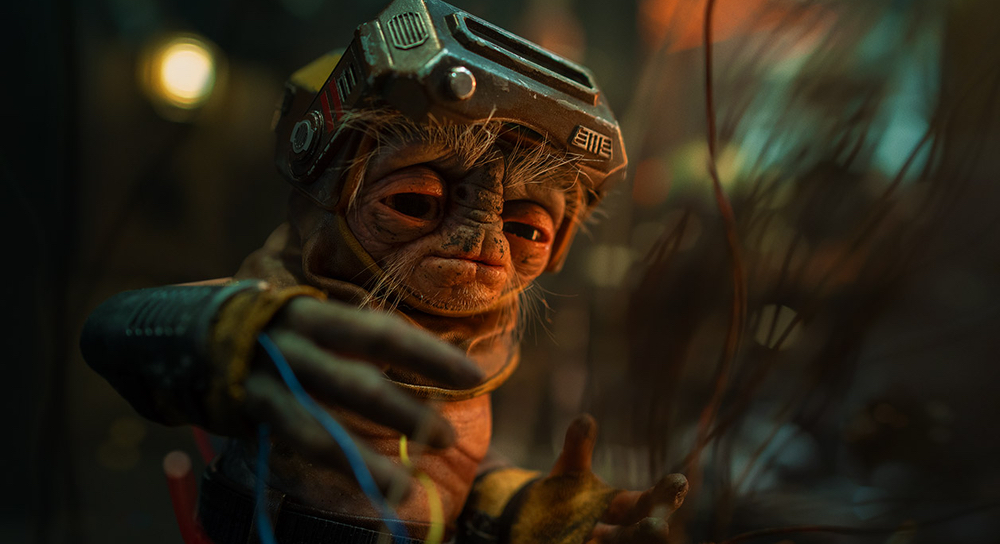 The newest Star Wars character! Mr. Babu Frik! He kinda looks like a cross between a pug, Yoda and Gizmo from Gremlins. According to the official story, he’s an Anzellan droidsmith who created new droid DIO and can build or modify any droid out there. And he works for Spice Runners. He may be responsible for C-3PO having red eyes and a Wookie bowcaster. He was first mentioned when the new Skywalker toys were unboxed. He is apparently super-small (which would come in handy for big and tiny droid repairs). And it looks like he has wires coming out of his sleeve. He may or not be a scoundrel, which means the Resistance is slumming with the underground in order to defeat the First Order. I think he may be a puppet in real life as opposed to a CGI character, but these days, you can’t tell. 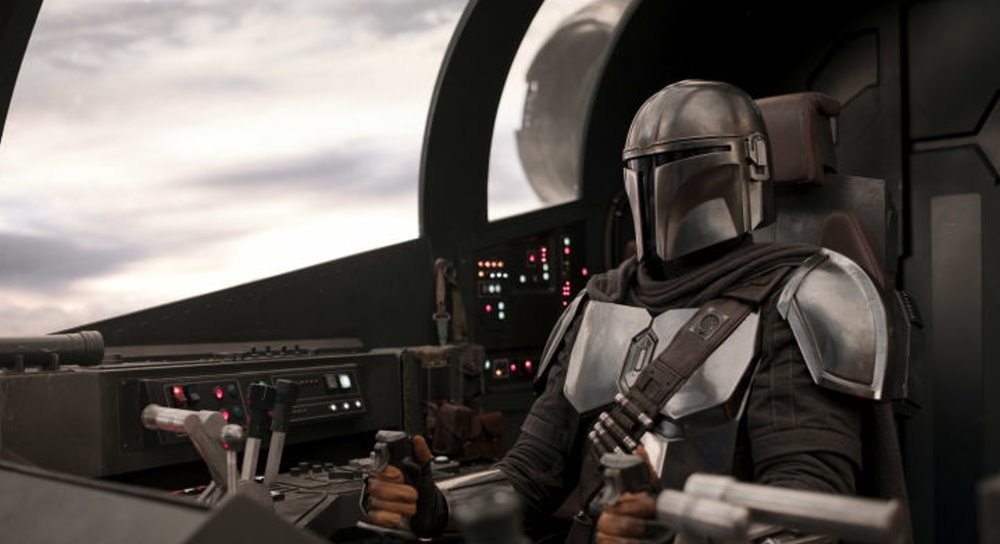 Let’s shift gears for a second and go to a new Mandalorian image. This is apparently a shot from the Mando’s ship the Razor Crest. It doesn’t tell us very much about the series, but it’s just a cool, quintessentially Star Wars image. The bad-ass bounty hunter pursuing his quarry from his very own starship.

Hopefully, these images have whetted your appetite for more Star Wars goodness. I know it has for me.

“Lido Hey” from The Rise of Skywalker, written by Lin-Manuel Miranda

The Rise of Skywalker breaks $500m in North America

Star Wars Launch Bay: The Rise of Skywalker props and costumes on display

The Rise of Skywalker: Facts you may have missed