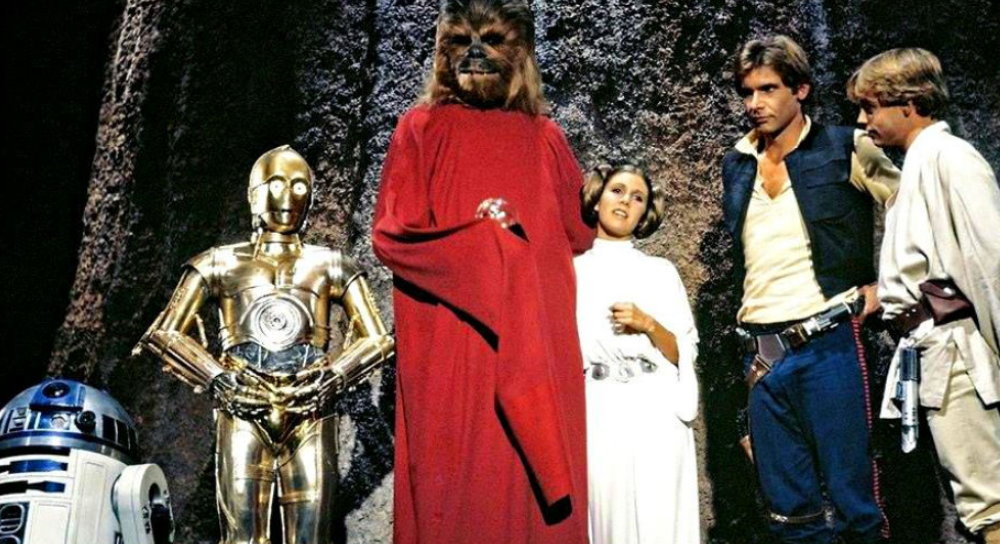 Their headline, not ours, but it has to be asked – has there ever been a wider gap in quality between two concurrent productions? While The Star Wars Holiday Special was being screened for the only time The Empire Strikes Back was being prepared, and to honour that quirky, one-showing-only disasterpiece of a show, playwright Andrew Osborne has concocted this love letter to the oddest slice of Star Wars ever served.

It’s a behind-the-scenes look at how the show came into existence, with a look at the script, backstage politics and overspending. 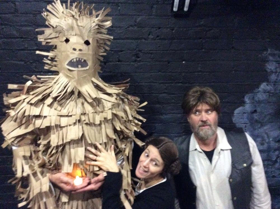 But how could it miss since it was riding the coattails of what was at that point the most popular movie of all time and featured appearances by cast members including Harrison Ford and Carrie Fisher? It had great guest stars like Bea Arthur, Harvey Korman, Art Carney and (in holographic form) Jefferson Starship and Diahann Carroll. There was even a cartoon sequence featuring the first appearance of Boba Fett, a fictional character and bounty hunter in the future Star Wars franchise Episode V: The Empire Strikes Back in which he is hired by Darth Vader to capture Han Solo. The play points fingers at everyone involved in the SPECIAL, beginning with creator George Lucas being consulted on the project. And it just gets more outrageous from that moment on!

You see, while outlining the original Star Wars film and planning its potential sequels, Lucas (Rich Lehman) imagined a “film just about Wookiees, nothing else.” And the success of the original film was creating opportunities for its cast to make appearances on the popular TV variety shows of the time, giving them opportunities to sell Star Wars toys. According to Charles Lippincott (Lance Guest, who also puts on his macho, wig and fedora to portray Harrison Ford), who was head of marketing of the Star Wars Corporation, CBS brought the idea of doing a TV special to him and Lucas, and although there is some internal dispute about this claim, it certainly made for a great opening plot line in SPECIAL.

May the Force Bea Arthur!

A Modern Look at the Star Wars Holiday Special