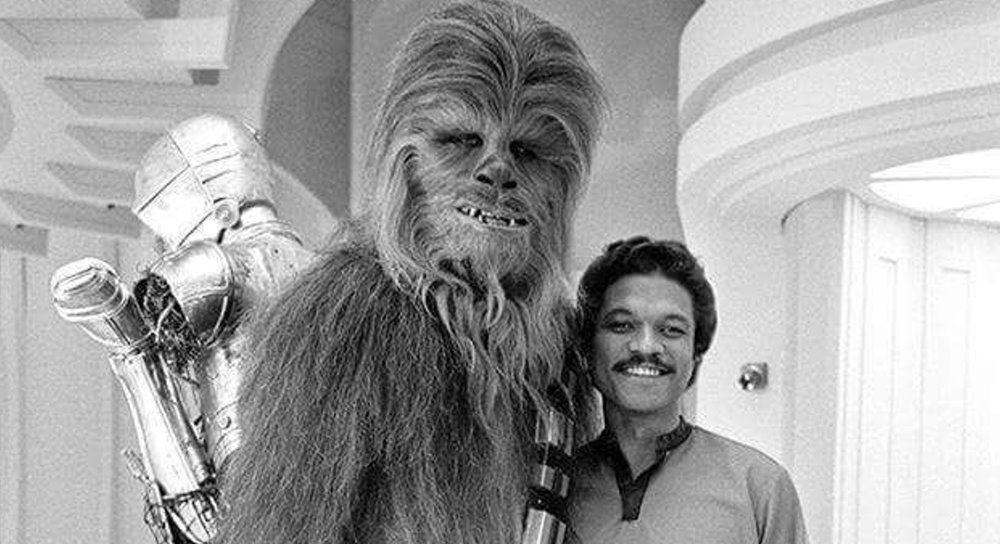 The galaxy already feels like a colder, lonelier place without Peter Mayhew in it, and his friends and colleagues have posted messages of condolence across social media and via statements.

“Peter Mayhew was a kind and gentle man, possessed of great dignity and noble character. These aspects of his own personality, plus his wit and grace, he brought to Chewbacca. We were partners in film and friends in life for over 30 years and I loved him. He invested his soul in the character and brought great pleasure to the Star Wars audience. Chewbacca was an important part of the success of the films we made together. He knew how important the fans of the franchise were to it’s continued success and he was devoted to them. I and millions of others will never forget Peter and what he gave us all. My thoughts are with his dear wife Angie and his children. Rest easy, my dear friend.”

“Peter was a wonderful man. He was the closest any human being could be to a Wookiee: big heart, gentle nature…and I learned to always let him win. He was a good friend and I’m saddened by his passing.”

Speaking on This Morning here in the UK, Warwick Davis talked about his old friend.

Meanwhile, other cast, crew and friends paid their own tributes. Read a selection of their reactions below.

He was the gentlest of giants-A big man with an even bigger heart who never failed to make me smile & a loyal friend who I loved dearly-I'm grateful for the memories we shared & I'm a better man for just having known him. Thanks Pete #RIPPeterMayhew #Heartbroken @TheWookieeRoars pic.twitter.com/8xbq9HEWF2

The @WaltDisneyCo mourns the loss of our beloved #chewbacca portrayer, #PeterMayhew. Peter was larger than life in so many ways…a gentle giant playing a gentle giant. Rest in peace.

Much more than Chewie to me…My heart hurts…I will miss you my dear friend…thanks for the great memories! #RIPPeterMayhew #StarWars pic.twitter.com/0DfCo59zpG

"We are deeply saddened today by the news of Peter Mayhew’s passing. Since 1976, Peter’s iconic portrayal of the loyal, lovable Chewbacca has been absolutely integral to the character’s success, and to the Star Wars saga itself."-Kathleen Kennedy.

💔I am so sorry to hear about Peter. We had so many fun and memorable tweets back and forth over the years plus seeing each other at a convention here and there. My deepest condolences to his family. He will be sorely missed! 😢 https://t.co/R3lAEvkQJc

Peter Mayhew: The wookiee roared for the final time two years ago today