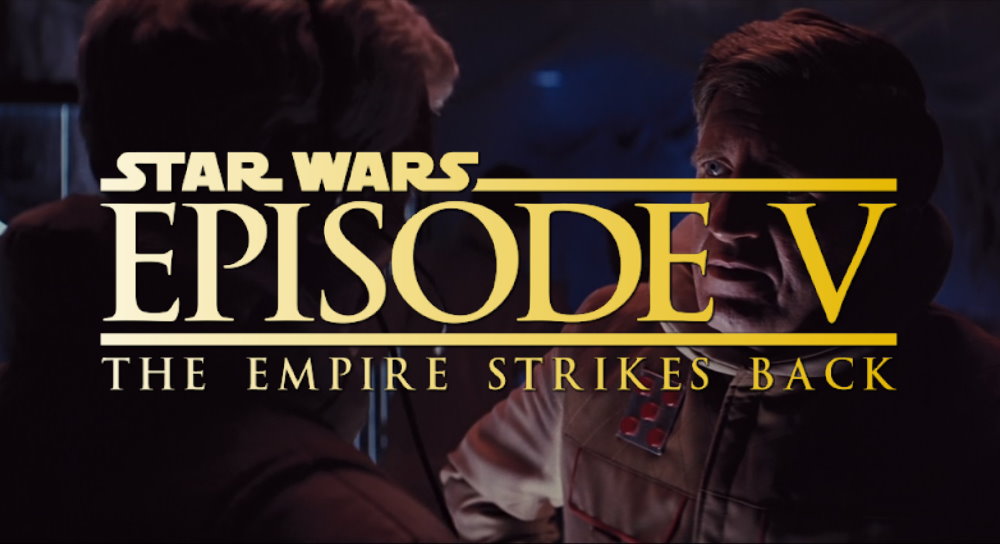 As one would expect from a world filled with high-class entertainment the need for security is high. Enter the Bespin Wing Guards in their striking dark blue uniforms with red and gold trim. While only seen fleetingly in the movie, many of these actors are actually playing more than one role in the movie! What follows is a brief overview of six of these actors playing the Wing Guards and what other roles they may have had.

Most famously known for playing the bounty hunter Bossk, it was far from the only role that Alan Harris played in The Empire Strikes Back, or even in the entire Original Trilogy.

He also was the Wing Guard Bislav Merril, who was first named by Decipher as Sergeant Merril before receiving the first name Bislav in the Rogues Gallery of Star Wars Insider 148. Harris also plays an unnamed Rebel who is told by Rieekan (Bruce Boa) to “Prepare for ground assault.”. And it was his body that was used for that of Han Solo in carbonite and not Harrison Ford as you may expect. 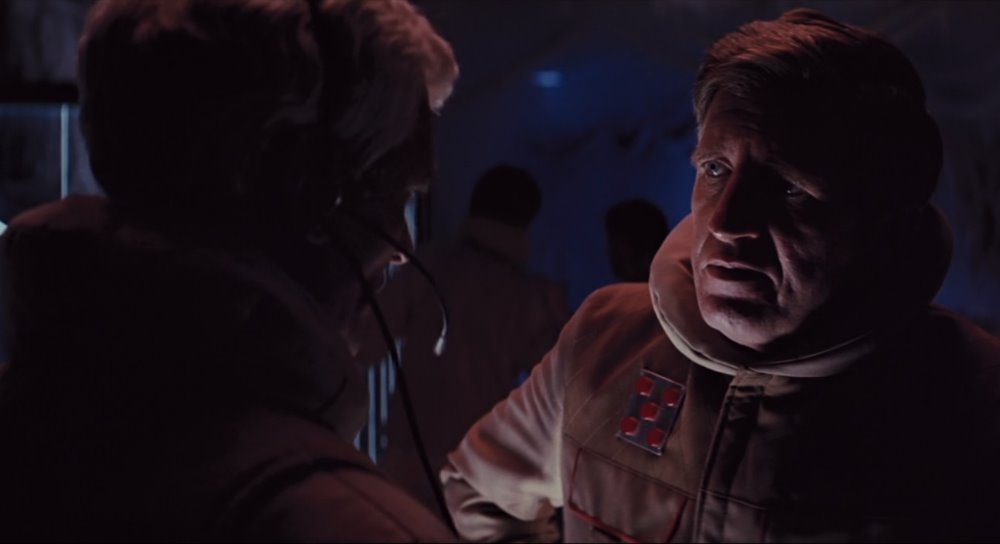 His last role for Empire was that of a stormtrooper on Cloud City. This was the second time Harris donned the stormtrooper suit as he was also one in A New Hope, and would be again for Return of the Jedi.

For A New Hope he was also the Rebel Escort to Leia, and later a Rebel technician in the war room. Behind the scenes Harris donned the C-3PO costume as a body double for The Empire Strikes Back and Return of the Jedi. For the latter he also doubled as Boba Fett, leading to some weird moments with Harris as either C-3PO or Boba Fett while Trevor Butterfield wore his Bossk outfit! Harris even returned for the Prequels as he did some work as the body double for Terence Stamp, who played Supreme Chancellor Valorum in The Phantom Menace.

Alan Austen’s Wing Guard role as Alec Mard is a bit of a strange one as the only image that exists of him as Mard was a promotional image where he stands next to Billy Dee Williams as Lando and an unknown actor whose Bespin Guard character has since been named Ark Rutendo. While doing research for Star Wars Insider 148’s Rogues Gallery, Tim Veekhoven, Kevin Beentjes and I, could actually not identify either of those two in the movie and Pablo Hidalgo’s best bet was that they appeared in the background of the Carbon Freezing Chamber. However, when talking to Austen about the various roles he played at a convention, he mentioned he was a stormtrooper in that scene. At the convention he also mentioned that this picture was a continuity Polaroid that was actually saved from being thrown away by Billy Dee Williams. 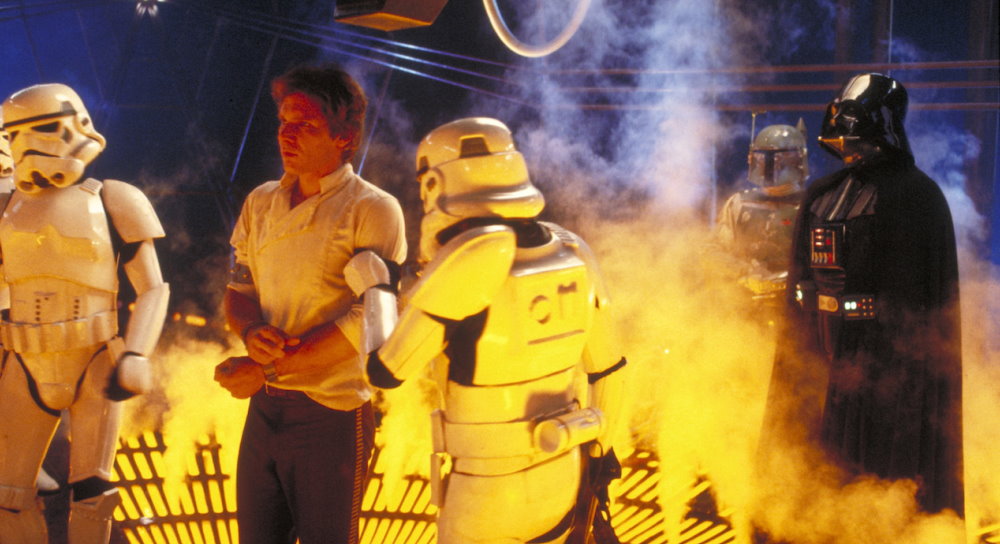 Besides the stormtrooper and the Wing Guard appearances, Austen played a lot of roles in The Empire Strikes Back and can possibly be considered as the one actor who played the most roles in one single Star Wars movie. He was also a Rebel pilot on Hoth, a Hoth rebel in the snow fatigues and a snowtrooper. And when Harrison Ford had left for the States and production realized they needed some more filler shots, it was Austen who was used as Ford’s body double for some over the shoulder shots and for some hand shots pushing buttons and levers. This makes a grand total of six different roles in one movie. 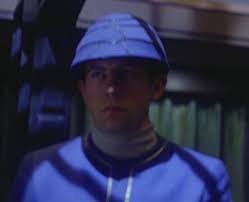 While Dowdall’s role in Star Wars was limited to the Wing Guard Jerrol Blendin and a stunt stormtrooper in A New Hope who would run and fall down, he is a stunt performer and actor with close to 200 movies and TV series to his credit. Included in these are many beloved franchises like the James Bond movies (he appeared in eight of them!), Harry Potter (Deathly Hallows, Part 1 and 2) and he was even in the Marvel Cinematic Universe with doing stunts for Spider-Man: Far From Home. Star Wars was also not his only involvement with Lucasfilm, as he did stunt work for Indiana Jones and the Last Crusade as well. 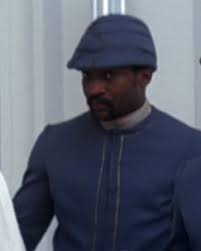 Golding played the Wing Guard who later got named as Bialar Selis in Rogues Gallery. His character also appeared in Fantasy Flight Games’ The Jewel of Yavin. Leroy Golding’s other Star Wars role was in Return of the Jedi, as a Rebel soldier, wearing the Endor green camouflage clothing, and sitting next to Leia.

Leroy Golding is a bit of a lesser known name, and not even his IMDb page mentions his role in Star Wars, but does mention his big role in 90 episodes of the popular British soap EastEnders. He made his convention debut just last year and shied away from signings in general as he preferred to spend his time and focus with a children’s volunteer group 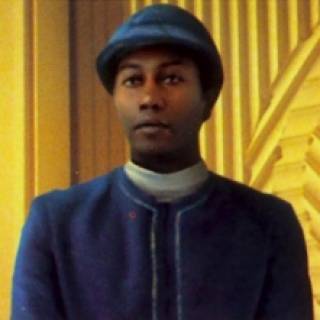 Just like some of his fellow Wing Guards, Quentin Pierre also played the role of a stormtrooper besides his role as Isdam Edian, one of the better known of the Wing Guards. He returned for Return of the Jedi where he was a body double for Billy Dee Williams, a stormtrooper and one of the royal guards of the Emperor. That royal guard was named Myn Kyneugh by Decipher. Before Star Wars Pierre had a role, also as a security guard, in Space: 1999. Since Star Wars he worked more behind the scenes, including being the personal assistant to Morgan Freeman for many of his movies. 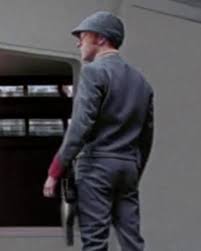 Outside Star Wars he can also be spotted in Indiana Jones and the Kingdom of the Crystal Skull as a Russian scientist.

The following Wing Guard characters are still unknown when it comes to who portrayed them. If anybody has any information on who they are, please let Fantha Tracks known or contact the author of this article at exarxan@hotmail.com or sanderdelange1138@gmail.com.

Besides some of the Wing Guards there are a couple of other actors who can be seen in more than one role.

There was Chris Parsons (who played K-3PO on Hoth, E-3PO on Cloud City and bounty hunter 4-LOM) and Cathy Munro (playing Zuckuss and Wiorkettle, a barely visible Snivvian on Cloud City).

And then there is perhaps the most well-known cameo appearance of the movie, that of Jeremy Bulloch not as Boba Fett, but as the Imperial Lieutenant Sheckil who tries to drag Leia away who tries her best to warn Luke that it is a trap.

Join us next time for another article to celebrate The Empire Strikes Backs 40th Anniversary!