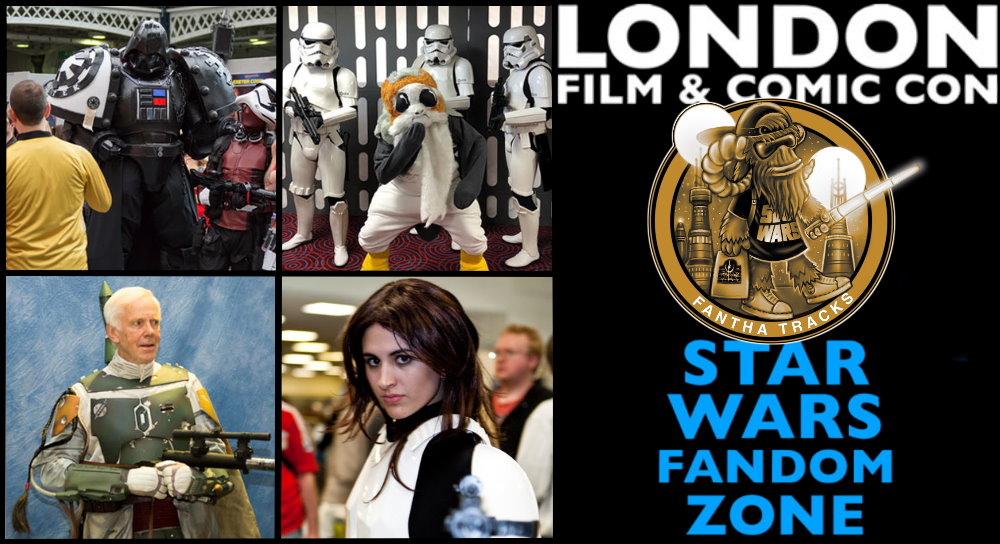 We’re thrilled to be able to finally announce that London Film and Comic Con, which takes place at Olympia on Friday 27th to Sunday 29th July, will feature its first dedicated Star Wars zone. Called the LFCC Star Wars Fandom Zone, it’s brought to you in association with Fantha Tracks.

We will be on the ground at the show, covering every Star Wars related happening at the event and our stand will be in the Fandom Zone so be sure to swing by, get your photo taken with Constable Zuvio, chat to the team, enjoy the many cosplayers in the area, meet guests from the films and soak in all the galactic goodness on offer. 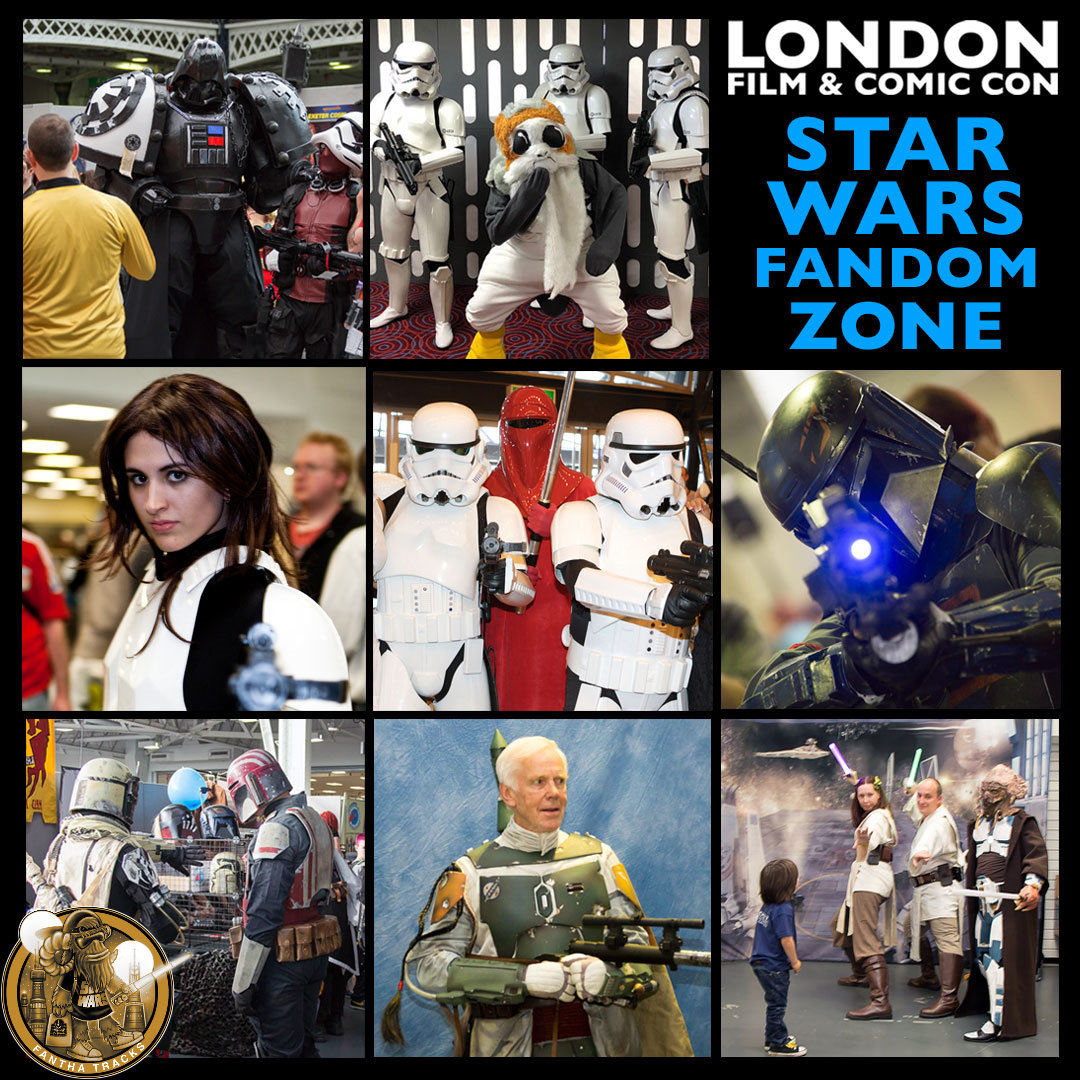 We can exclusively reveal that London Film and Comic Con will have a new area – the LFCC Star Wars Fandom Zone brought to you by Fantha Tracks, the UK’s fastest growing Star Wars fan site.

The Star Wars Zone will be packed with costume groups, fan sites, props, exhibitors, official licensees and actors from the movies. It’s going to be one of the busiest and most exciting areas of the convention across the weekend, so if you have any interest in Star Wars then you need to visit.

Tickets are available through the LFCC website and stay tuned to Showmasters social media and Fantha Tracks (www.fanthatracks.com) for the latest updates.

Here’s the current roster of guests attending the show:

We will bring all the guest news as it develops over the final weeks, and we will see you at London Film and Comic Con on 27th – 29th July.