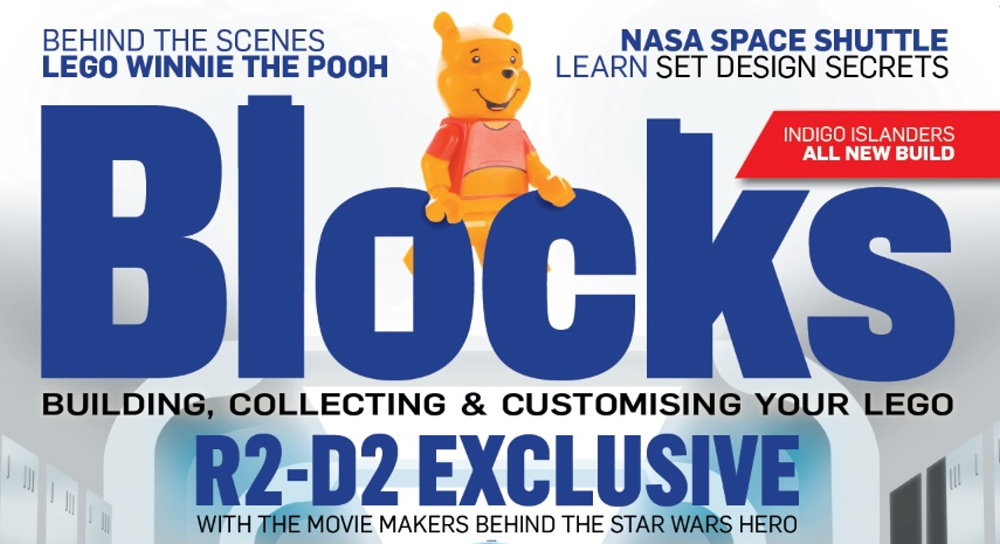 The 79th issue of Blocks magazine arrives 6th May, bringing news of the new LEGO R2-D2, prizes, the top ten droids and much more. To subscribe, click here.

Blocks magazine Issue 79 is celebrating the release of the new LEGO Star Wars 75308 R2-D2 by having the talented experts who have brought R2-D2 to the screen share their stories and getting insights from the LEGO set designer.

Blocks Issue 79 is available as a single issue or as part of a subscription worldwide at www.blocksmag.com now and will be available in UK stores from May 6.

To celebrate May the Fourth Be With You – aka Star Wars day – everyone who takes out a print subscription between April 30 and May 4 will get a bonus free Blocks back issue featuring a LEGO Star Wars cover (while stocks last). Subscribers will also be entered into this month’s prize draw, with one lucky winner getting a bundle including 75308 R2-D2, 75302 Imperial Shuttle and 75306 Imperial Probe Droid. 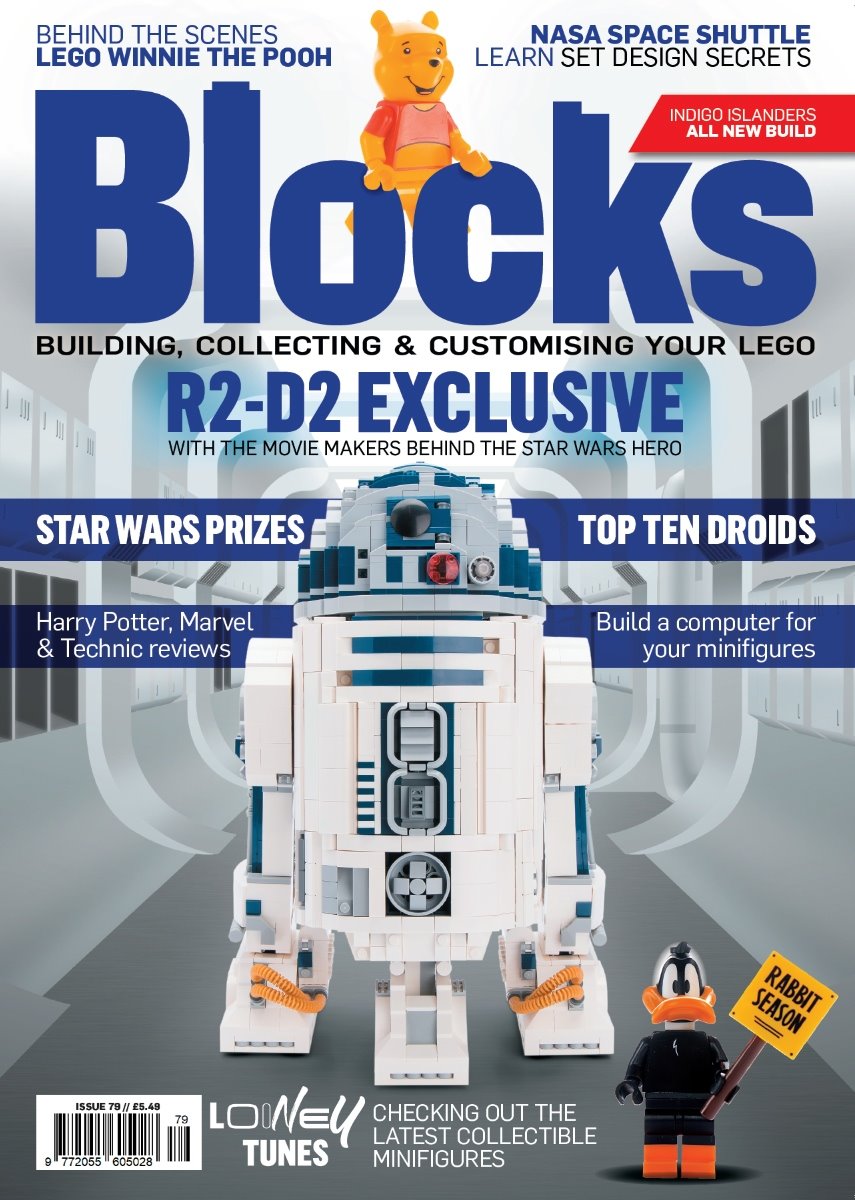 As well as the R2-D2 cover feature, which sees Don Bies and Lee Towersey reveal what it’s like to bring the beeping and booping bot to the screen, the LEGO Star Wars design team explains what went into designing the new helmet and Probe Droid sets.

That’s not the only behind-the-scenes peek this month though, as Blocks takes a trip to the LEGO Hundred Acre Wood to find out how the Ideas design team took Ben Alders’ Winnie the Pooh product idea and turned it into 2021’s most charming LEGO set. There’s even a look at how the all-new Eeyore element was developed especially for the model.

For those who prefer a bit of real-life space exploration, LEGO designers Milan Madge and Mani Zamani explain how 10283 NASA Space Shuttle Discovery became the most detailed and accurate brick version of the Discovery yet.

Find out how to build tech for your minifigures in this month’s Technique guide, whether you’d prefer to build a sleek, modern PC or something big and 1990s style. There’s step-by-step instructions as well as useful tips that can be applied to whatever else you’re building right now.

Fans of classic themes will find a guide to building a modern throne for the leader of the Islanders, King Kahuka. The classic character is revisited along with some of the best sets from the fondly remembered Pirates subtheme.

There’s more besides, including the top 10 LEGO droids, a debate about how Collectible Minifigures should be packaged and some fantastic AFOL creations such as a Clikits house (yes, really!).

Blocks is giving away three LEGO Star Wars sets this month – 75308 R2-D2, 75302 Imperial Shuttle and 75306 Imperial Probe Droid! To be entered into the latest prize draw and to get Blocks magazine delivered every month – ahead of the shops – visit www.blocksmag.com and check out the money-saving subscription deals available. From April 30 until May 4, everyone taking out a print subscription will get a bonus free Blocks Star Wars back issue.

Everyone who subscribes to the print edition by June 2 will be in with a chance of winning (existing subscribers will automatically be entered into the prize draw).

Blocks also have a special May the 4th offer.

To celebrate Star Wars day – better known as May the Fourth – and Issue 79’s 75308 R2-D2 cover, Blocks magazine is offering anyone who takes out a print subscription between now and May 4 a bonus free Blocks back issue featuring LEGO Star Wars.

There are a mix of options, including 12 month, 24 month and gift subscription bundles – all of which work out cheaper than buying the magazine month by month. Blocks subscriptions are available worldwide. 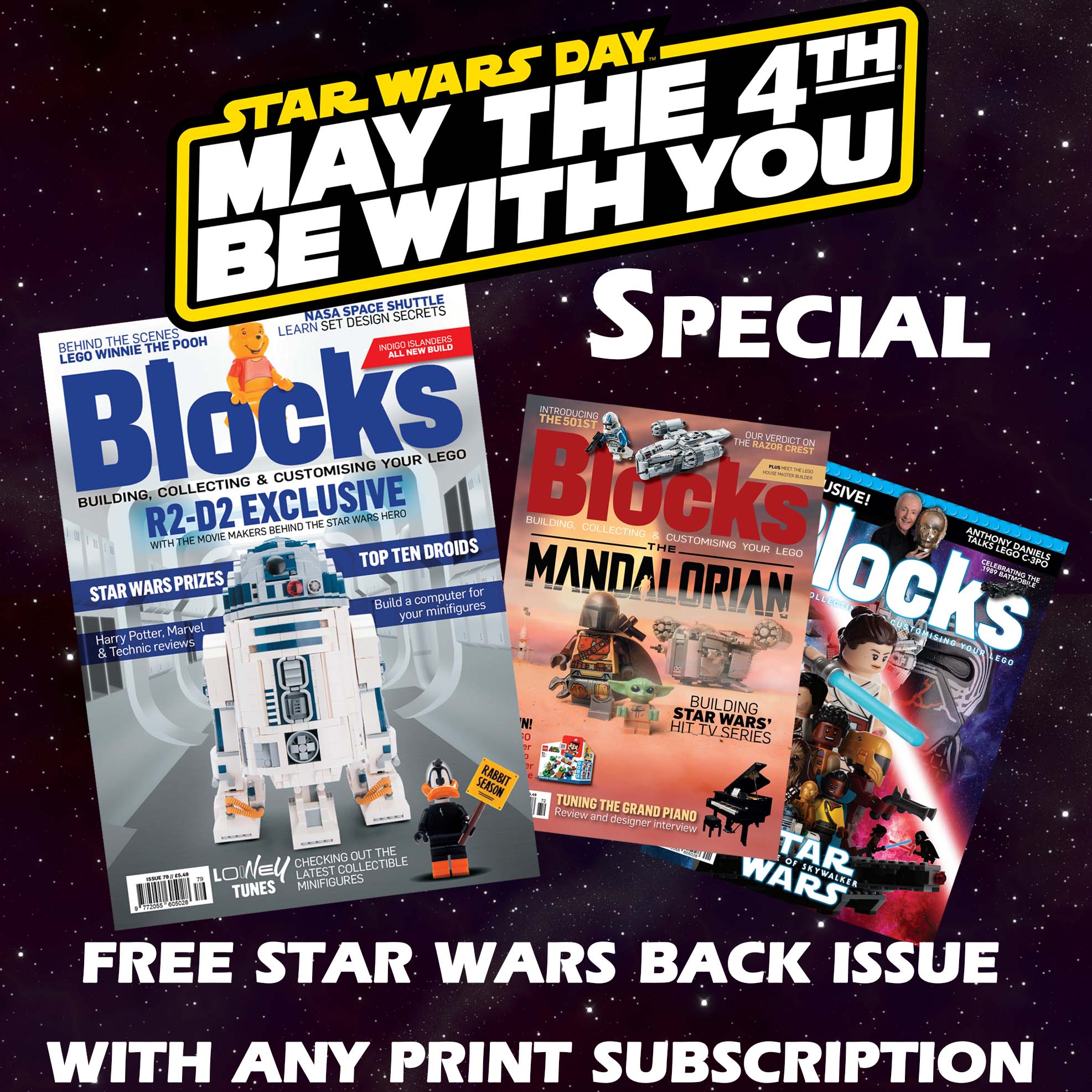 As well as getting a free Star Wars back issue during this promotional period, subscribers get entered into a prize draw ever single month. The next draw will see one lucky winner getting a LEGO bundle including 75308 R2-D2, 75302 Imperial Shuttle and 75306 Imperial Probe Droid.

Subscribers get their magazines early every month and there is a new additional perk coming soon – we’ll be sharing more details in due course.

Issue 79 includes an exclusive feature with Don Bies and Lee Towersey, the droid experts who brought R2-D2 and his droid buddies to the screen in the Star Wars prequel and sequel films. There’s also a top 10 LEGO droids countdown, reviews of the latest sets and five things you need to know about the new helmets – straight from the LEGO design team.

Full details about the May the Fourth promotion and all Blocks subscription deals can be found at www.blocksmag.com.

Star Wars The Clone Wars Character Encyclopedia: Join the battle!
$10.48
Buy on Amazon This is a paid link. Learn More. Clicking the link may take you to the Amazon store servicing your country Price incl. tax, excl. shipping.  Details correct as at: 2021-08-04

Blocks Magazine #82 brings Book of Boba Fett to the cover