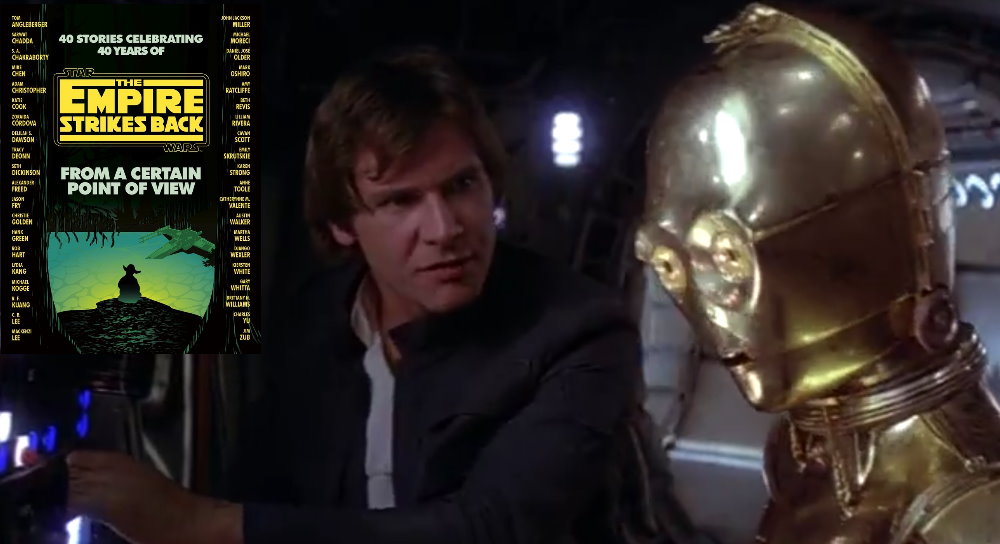 From a Certain Point of View: The Empire Strikes Back arrives on 10th November, bringing 40 short stories all set in and around the events of Empire, and today StarWars.com gave us a first glimpse at one of those stories, Faith in an Old Friend by Brittany N. Williams, which gives us a look at the existence of L3-37 in her forever home aboard the Millennium Falcon, where we learn that she is far from alone as a part of the wider ship systems.

“Chewie, take the professor in the back and plug him into the hy­perdrive.”

The Millennium Falcon’s computer watched Chewbacca drag the complaining C-3PO out of the cockpit and into the body of the ship. The audio sensors picked up the protocol droid’s rambling tirade but felt no need to follow the two on the cams.

Search results: Professor, chirped ED-4, a classification for a sen­tient being or droid who provides a high level of education. Updating vocabulary. 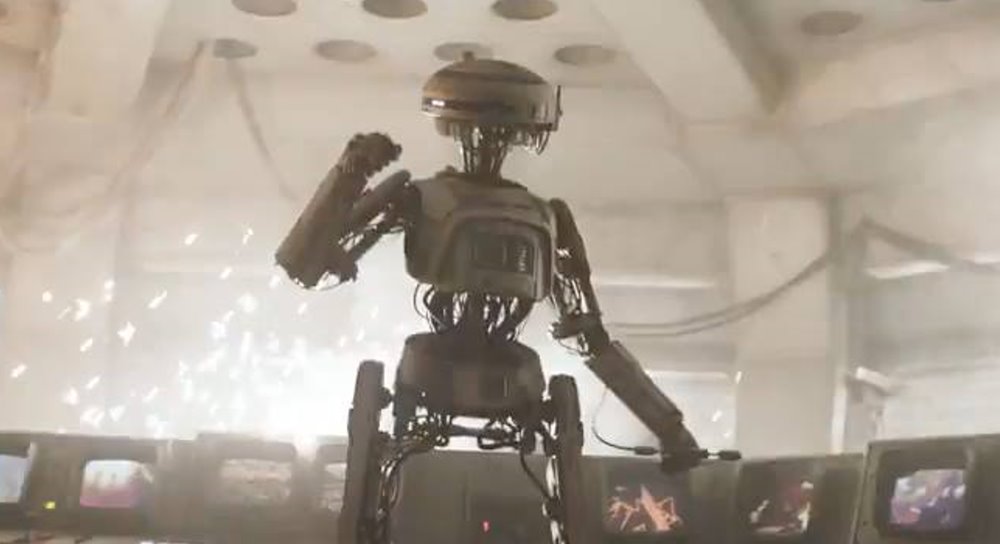 Still true, though. L3-37 would’ve shrugged here if it had been the old days. The days before she’d been uploaded to the Falcon and had become one of the three droid brains that made up the ship’s computer.

She’d built herself such good shoulders, too.

The ship rocked hard, sensors bleating then going silent as every­thing aboard the Falcon jostled back and forth. The Millennium Collective— as L3-37 had named their trio of consciousnesses—got to work. ED-4 scanned the exterior sensors while V5-T checked the interior systems and L3-37 cycled through all the cams and audio.

“I told you this asteroid was unstable,” the droid wailed, “but no one ever listens to—”

No further exterior damage detected, ED-4 said. Although the rear sensors are very—chatty.

L3-37 felt ED-4’s excitement at utilizing the new word but L3-37’s own confusion pushed itself forward. Chatty about what?

The Collective shifted to the cam, bringing up the visual. Han held the woman, Leia, in his arms. L3-37 suspected what this meant. She remembered how Lando’s heart rate would change whenever they were in close proximity. Something like sadness shoved against her awareness. 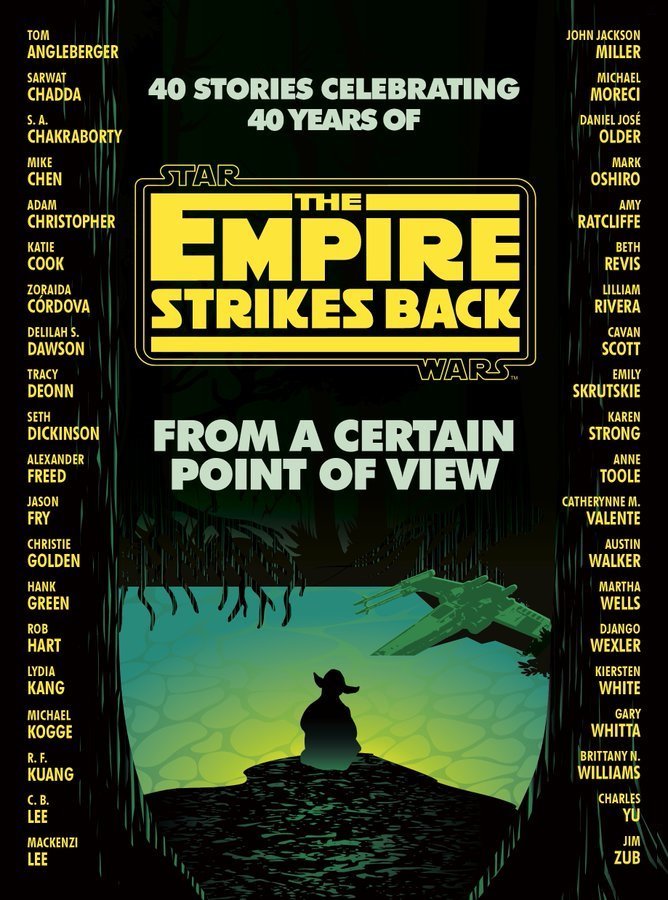 Is this organic courtship? ED-4 said as they tuned in to the cock­pit’s audio.

The Collective listened, and L3-37 was grateful for the distraction. That feeling reached ED-4, who sent a gentle nudge back.

L3-37 no longer had the body she’d spent so long building or the human partner she’d bonded with so deeply. But she wasn’t alone, and for that she was thankful.

“Captain, being held by you isn’t quite enough to get me excited,” Leia hissed.

Han pushed her to her feet. “Sorry, sweetheart. I haven’t got time for anything else.”

The Collective laughed, something they’d only learned to do when L3-37 had joined them. Before, they’d been a singular consciousness unconcerned with what they may have once been. But L3-37 had brought the knowledge that a whole could be made up of three indi­vidual parts without weakening.

She’d refused to lose her own name and had made sure the others had theirs, too. V5-T was a transport droid, the type put on all YT-1300 light freighters and the first of them to be here. ED-4 had been a corporate espionage slicer droid who’d been uploaded to the Falcon before L3-37 and Lando had ever laid eyes on the ship.

And L3-37, she’d been a droid unparalleled, part astromech, part espionage droid, part protocol droid, and all of what she’d built her­self to become.

Before she’d been shot to hell in that job on Kessel . . .

Right. Got it, L3-37 said as the Collective honed in on the protocol droid’s location. What do you want?

Exactly. I am only trying—

But this is the one who is too chatty, ED-4 said, yes?

I beg your pardon! C-3PO gasped.

What is—this is ridiculous. I am trying to speak to the central com­puter of the Millennium Falcon.

Which one of you—

Yeah, you’re speaking to the Millennium Collective. What do you need?

I must say, this is the oddest conversation I’ve had in Binary—

Oh—well, if this is indeed the central computer for the Millennium Falcon—

It is, the Collective said in a chorus of voices.

C-3PO huffed but continued. I’ve been asked to inquire as to the state of this ship’s hyperdrive.

Should’ve just said that in the first place, L3-37 said. Tell the flyboy— 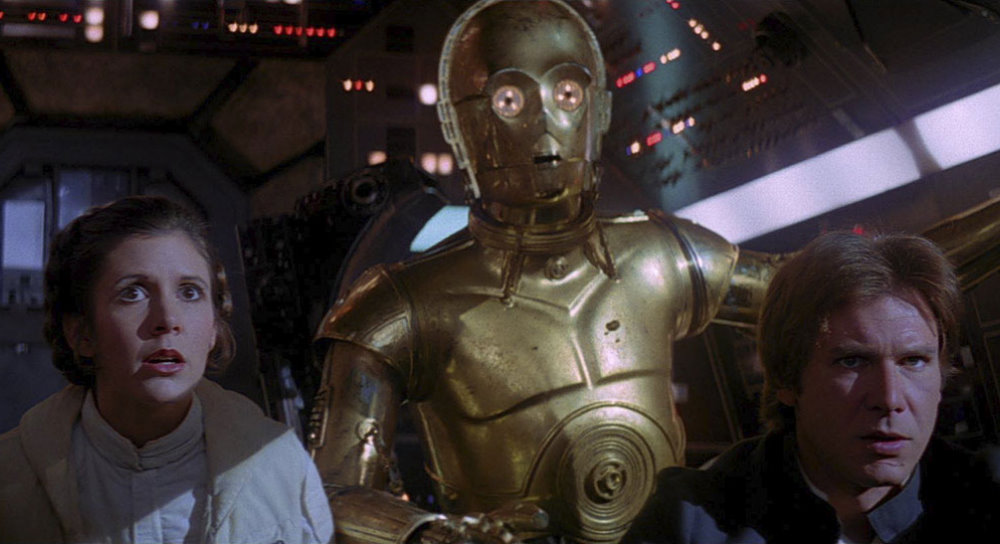 THE POWER COUPLING IS BROKEN.

—he needs to learn to do better repairs—

—but yeah, it’s been pulverized. Tell him to stop being cheap and replace it. Got all that?

A long stretch of confused silence as the protocol droid tried to piece together the Collective’s assessment. C-3PO’s presence disap­peared as he unplugged from the system.

Finally, the audio sensors picked up an exasperated huff.

“Where is Artoo when I need him?”

L3-37 thought of the astromech droid who’d occasionally plug in for a chat. She actually liked him.

The Collective tuned in to the nearest cams, watching as Han strode into the room.

“I’m not sure where your ship learned to communicate but it has the most peculiar dialect.”

From a Certain Point of View: The Empire Strikes Back (Star Wars)
$21.53
Buy on Amazon This is a paid link. Learn More. Clicking the link may take you to the Amazon store servicing your country Price incl. tax, excl. shipping.  Details correct as at: 2021-05-08

From A Certain Point of View: What is the most powerful moment in the Sequel Trilogy

From A Certain Point of View: Who is the best Star Wars games character?

From a Certain Point of View: The Empire Strikes Back audio book cast announced

Tomorrow is the day for more info regarding From A Certain Point of View: The Empire Strikes Back

From A Certain Point of View: Which is the best lightsaber battle in Star Wars?

From A Certain Point of View: The Empire Strikes Back final covers and contributors