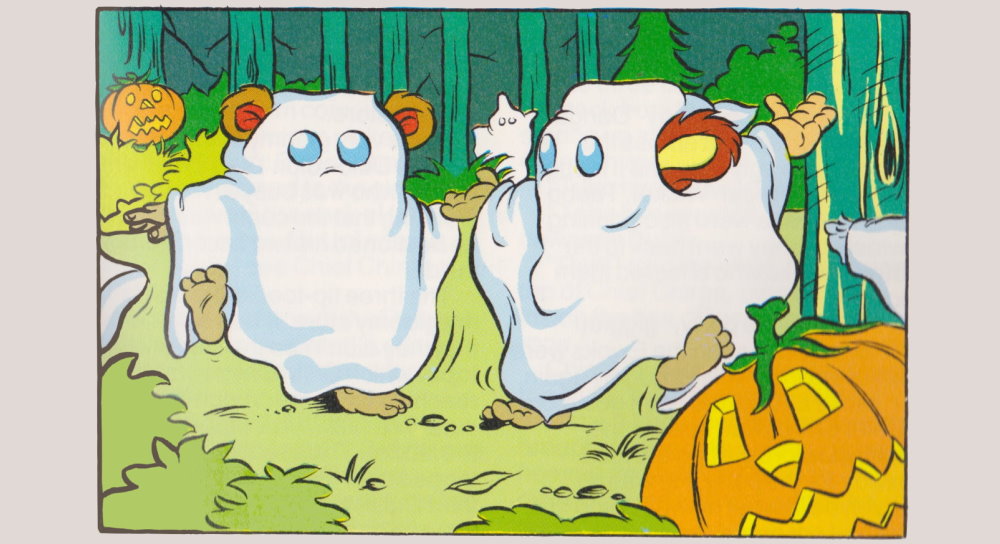 While it may seem somewhat unlikely, in a galaxy far, far away on the far-distant forest moon of Endor, the Ewoks celebrate Hallowe’en. White sheets with eyes-holes cut out, pumpkins carved with scary faces, parties with lashings of food and drink to celebrate, the Ewoks enjoy Hallowe’en every bit as much as we do. 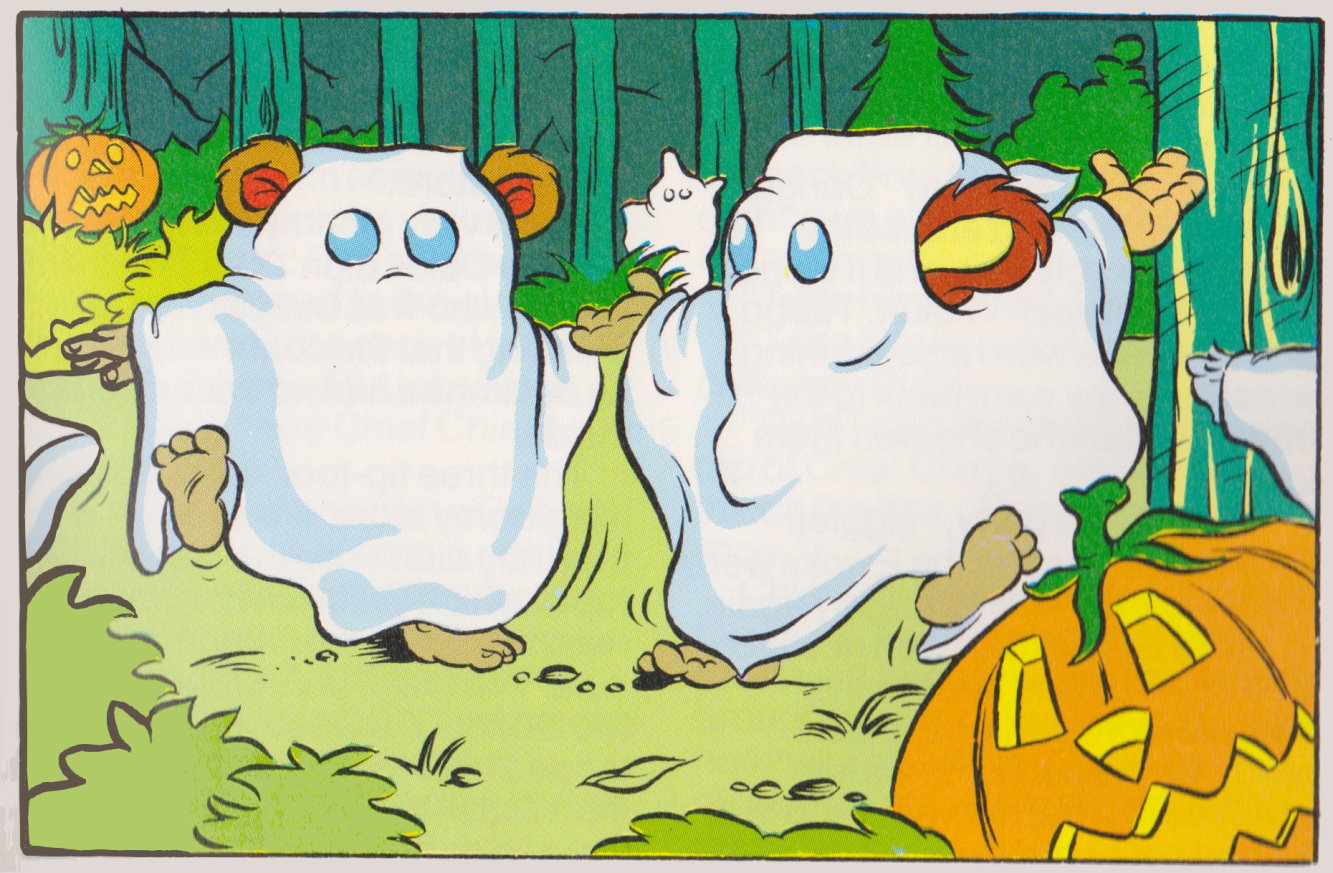 The short prose story Chief Chirpa Kidnapped, from the 1988 UK Ewoks Annual gave us an insight into just what kind of adventures (or misadventures) our diminutive furry friends got up to. Back in 2013 on StarWars.com I touched on this illusive 1988 Ewoks Annual, a release that these days is hard to track down. in its original form, outside of Marvel Omnibus reprints. It was the final hardback of the original wave of Marvel Star Wars releases, arriving just as we were entering the era known as the Dark Times. 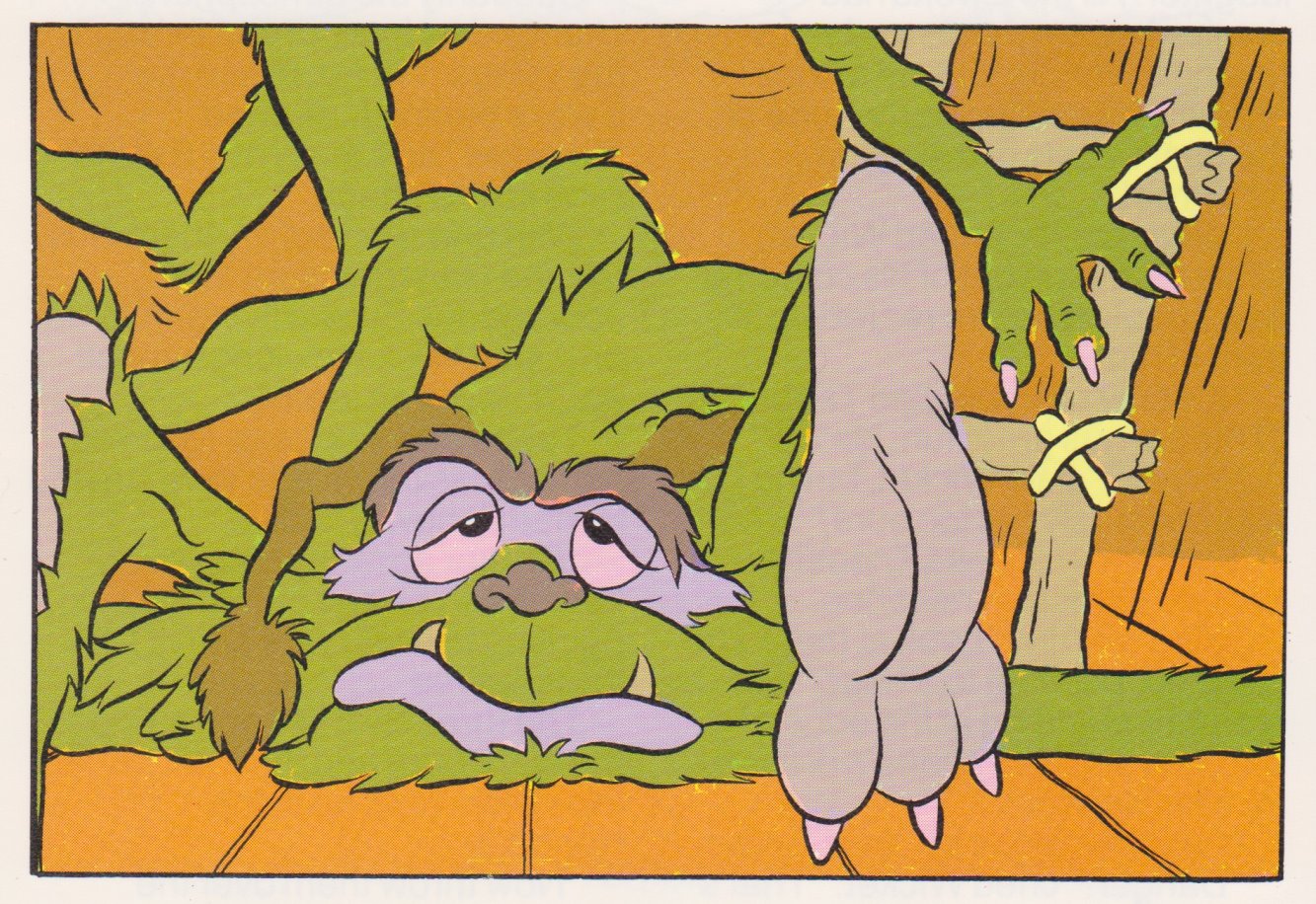 It brought together reprints of The Underwater Kingdom from Ewoks #9, and Rites of Power from Ewoks #2, both released under Marvels Star Comics imprint. It also presented three prose stories. First, our Hallowe’en story Chief Chirpa Kidnapped, then Return of the Great One featuring Caravan of Courage legend Chukha-Trok, and then The Ice Princess, an Endorian retelling of Sleeping Beauty which saw Princess Kneesaa bitten by an Ice-Beetle and frozen in a block of ice. 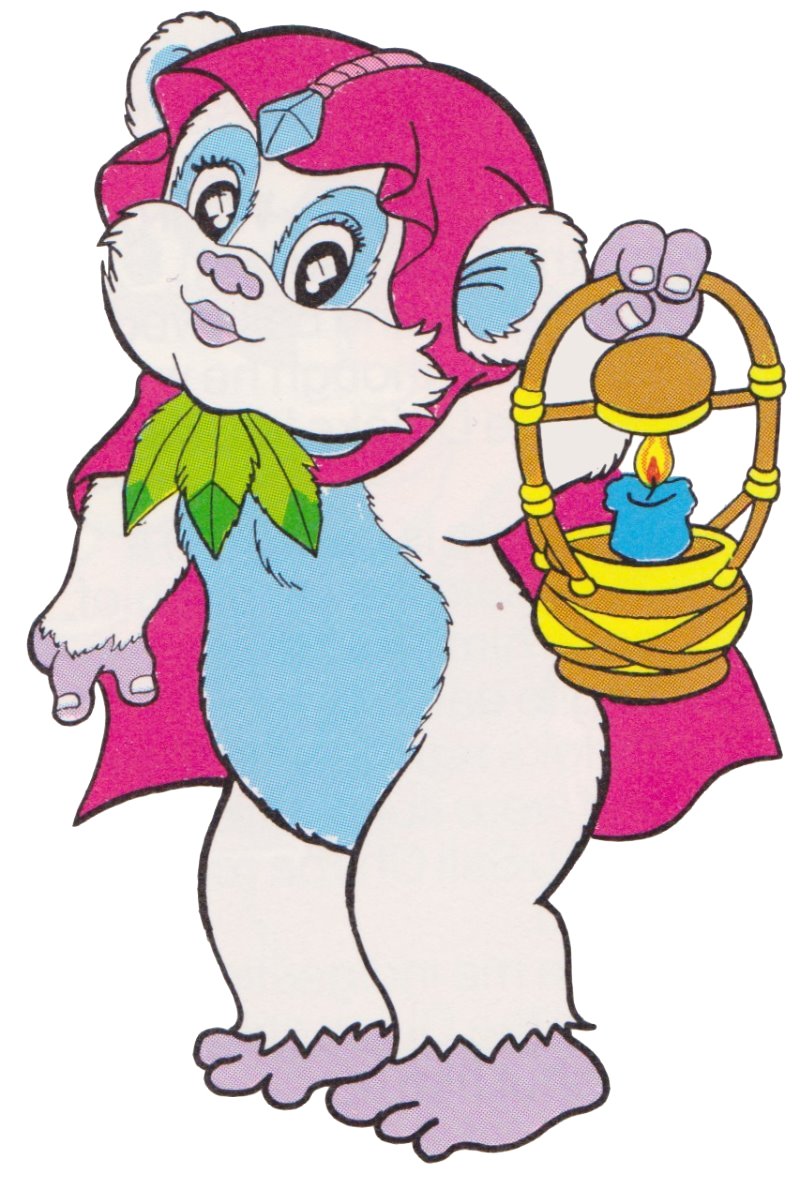 There are few writer or artist credits in the annual, so the identity of the prose author and artist are hard to determine. As such, fans have been trying to conclusively confirm their identity for decades, but many believe the prose author to be Dave Manak, the man who wrote the entire 14 issue Star Comics run of Ewoks as well as 7 of the 8 issues of Star Comics Droids series. The artwork is similarly mysterious. It could potentially have been drawn in-house at Marvel UK, but it was most likely handled by veteran artist Warren Kremer. Kremer, who passed away in 2003, was responsible for many of the Harvey Comics greats including Richie Rich, and later drew for Star Comics on Count Duckula, Planet Terry, Royal Roy, and Top Dog. Along with fellow artists Jon D’Agostino, Jacqueline Roettcher, legendary artist and colorist the late Marie Severin and iconic Spider-Man artist John Romita Sr, Kremer drew the entire 14 issue run of Ewoks and worked on #4 of Droids, a crossover issue which tied in with #10 of Ewoks. 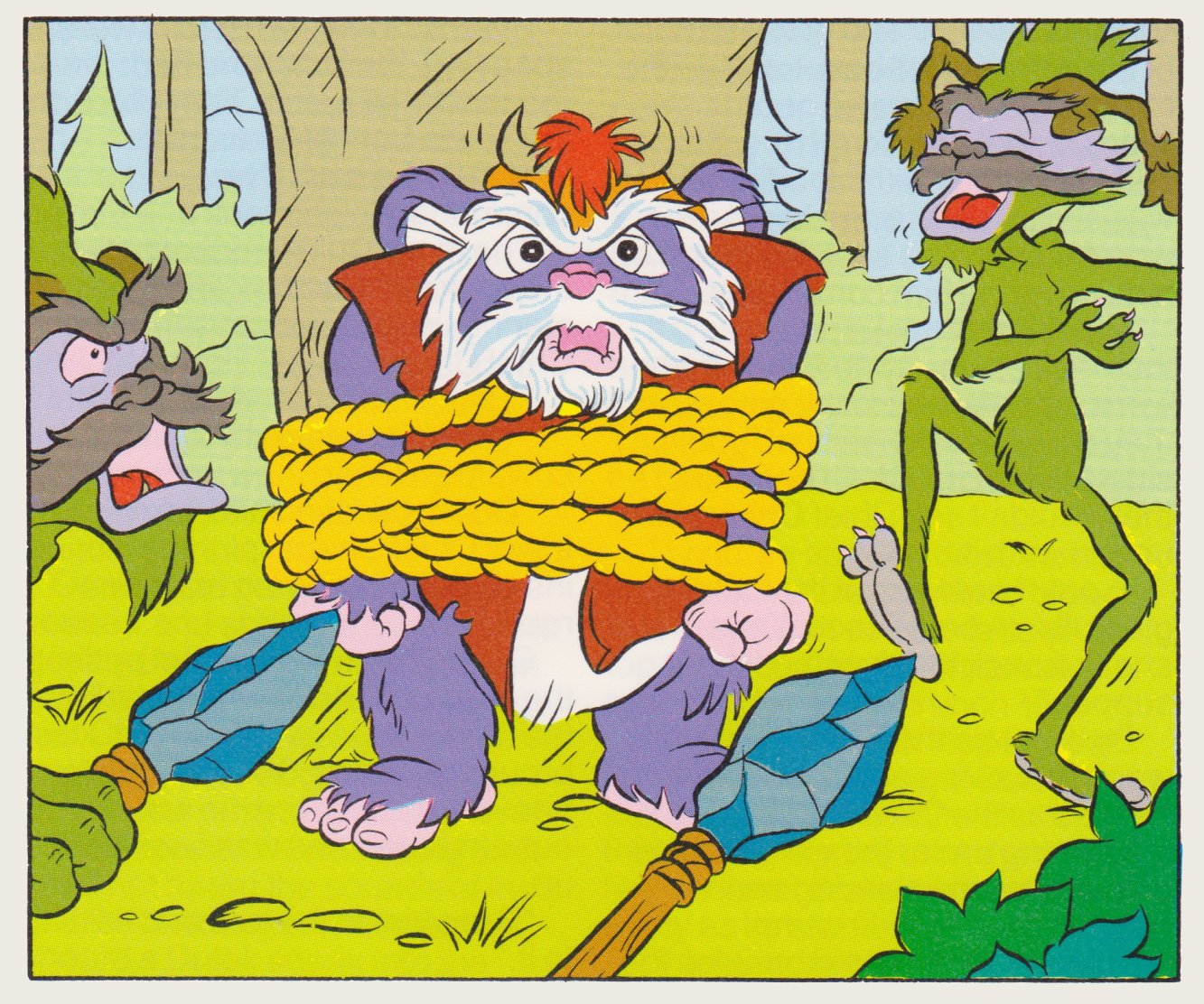 The story of Chief Chirpa Kidnapped is as simple as you might expect for this vintage, kid-friendly series. As the Ewoks celebrated Hallowe’en in Bright Tree Village and Teebo and Wicket danced around in their white sheets, a ferocious three-meter-tall Hanadak entered a nearby clearing. The Ewoks rushed to face the Hanadak, which gave their Endor neighbors the sneaky Duloks an opportunity to raid the stores and steal the harvest. Unbeknownst to them, Chief Chirpa was in the stores and got taken in the process. Wicket and Princess Kneesaa organised a rescue mission to retrieve the feisty Chirpa and sneaked him out while the Duloks squabbled. 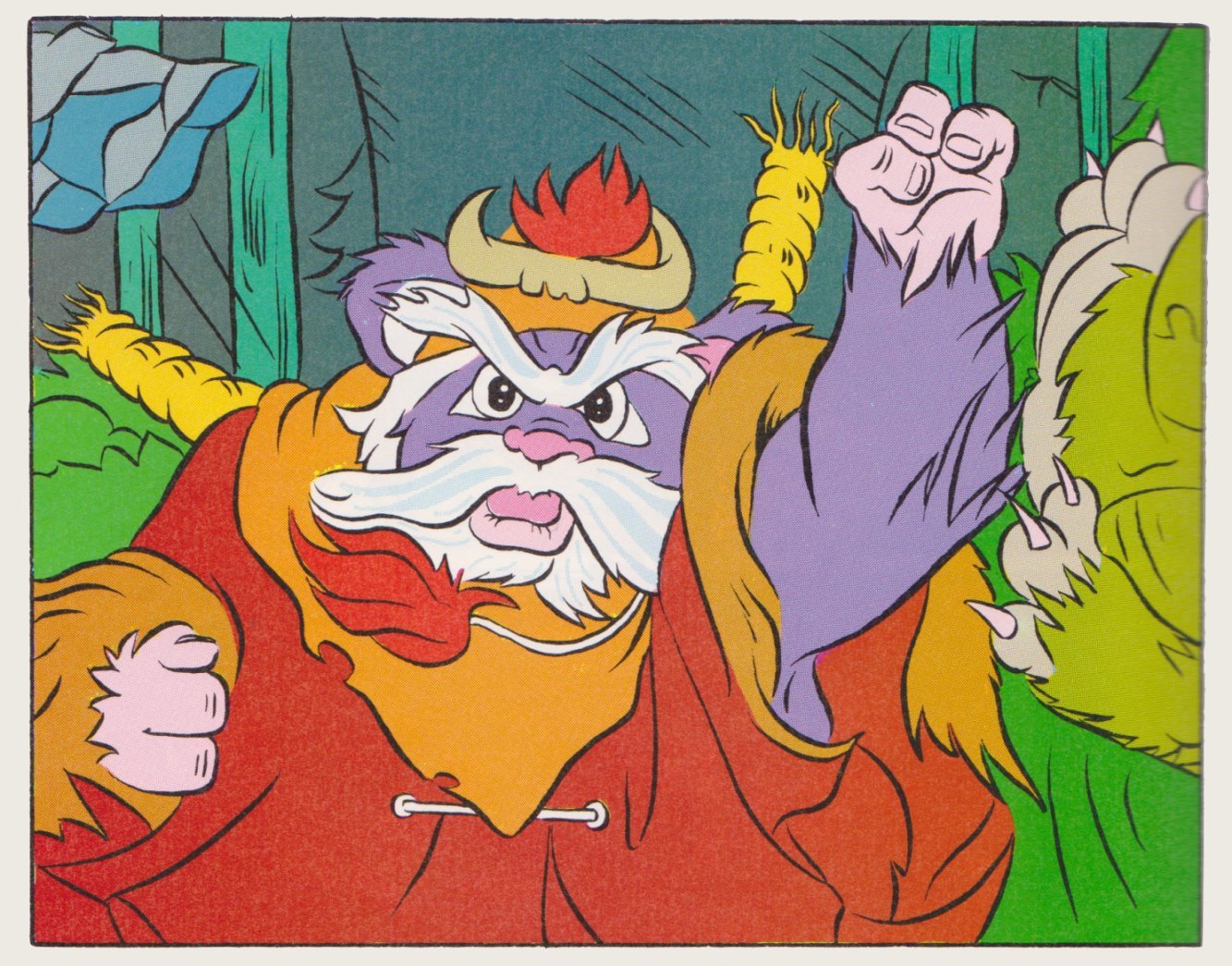 Endor isn’t the only place in the galaxy that celebrates Hallowe’en. While it’s a highlight of the annual Ewok calendar, it’s also celebrated on Coruscant, specifically in the Jedi Temple where Battle Droids are dressed up as scarecrows, cobwebs are hung in dark corners, and pumpkins are cut with faces depicting such villains as Count Dooku, General Grievous and Asajj Ventress. 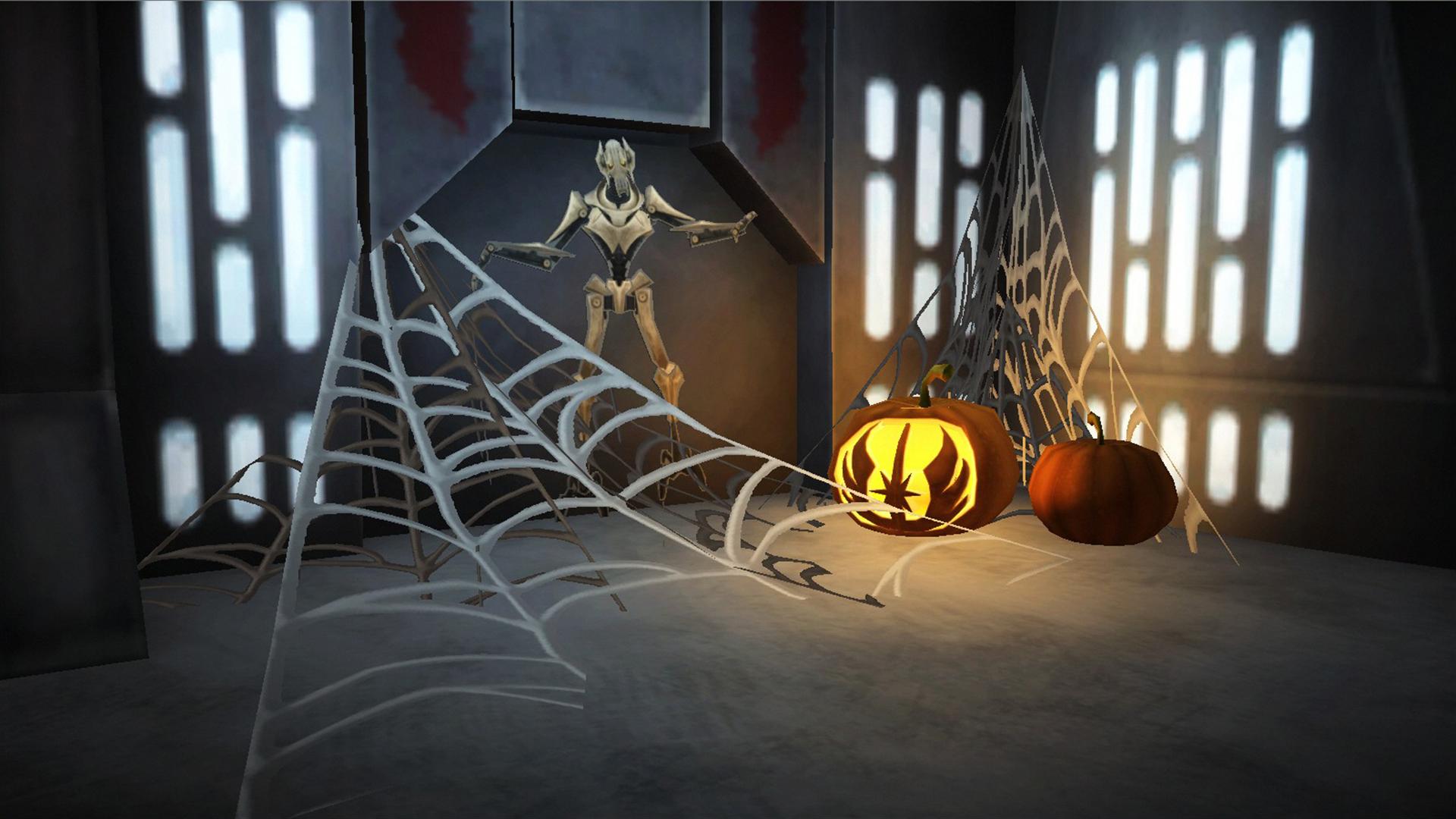 Back in 2011 Star Wars: Clone Wars Adventures gave us this Hallowe’en festival as part of the online game and a year later Death Troopers author Joe Schreiber wrote about Hallowe’en at StarWars.com in his excellent article Of Boba Brains and Bantha Blood: Halloween in the Star Wars Universe, which is well worth a read.

So, go and enjoy your trick or treating, pumpkin carving, candy eating Hallowe’en and remember, your friends in a galaxy far, far away are enjoying it too.

Ewoks To Take Over Leeds Railway

StarWars.com: How Not To Get Eaten By Ewoks