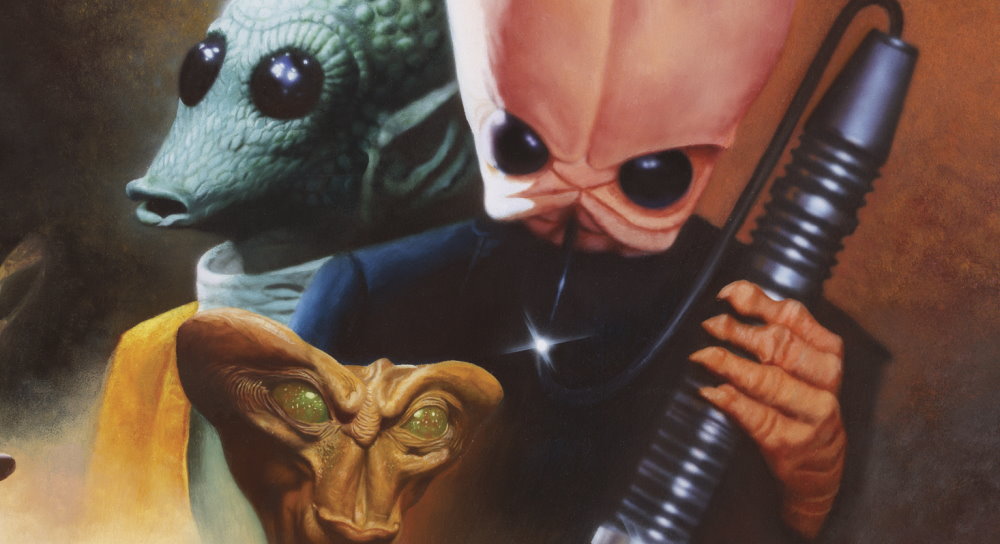 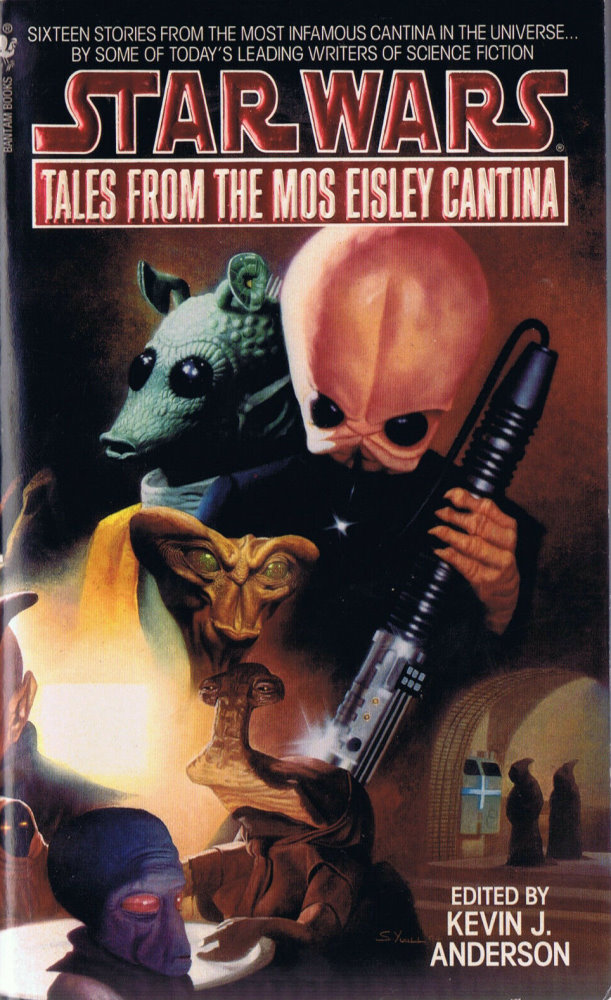 Sixteen stories from the most infamous cantina in the universe…by some of today’s leading writers of science fiction.

In a far corner of the universe, on the small desert planet of Tatooine, there is a dark, nic-i-tain-filled cantina where you can down your favorite intoxicant while listening to the best jazz riffs in the universe.

But beware your fellow denizens of this pangalactic watering hole, for they are cutthroats and cutpurses, assassins and troopers, humans and aliens, gangsters and thieves…. 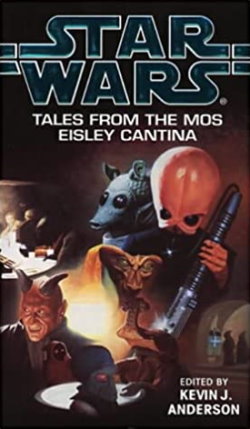 We Don’t Do Weddings: The Band’s Tale
A Hunter’s Fate: Greedo’s Tale
Hammertong: The Tale of the “Tonnika Sisters”
Play It Again, Figrin D’an: The Tale of Muftak and Kabe
The Sand Tender: The Hammerhead’s Tale
Be Still My Heart: The Bartender’s Tale
Nightlily: The Lovers’ Tale
Empire Blues: The Devaronian’s Tale
Swap Meet: The Jawa’s Tale
Trade Wins: The Ranat’s Tale
When The Desert Wind Turns: The Stormtrooper’s Tale
Soup’s On: The Pipe Smoker’s Tale
At the Crossroads: The Spacer’s Tale
Doctor Death: The Tale of Dr. Evazan and Ponda Baba
Drawing the Maps of Peace: The Moisture Farmer’s Tale
One Last Night in the Mos Eisley Cantina: The Tale of the Wolfman and the Lamproid 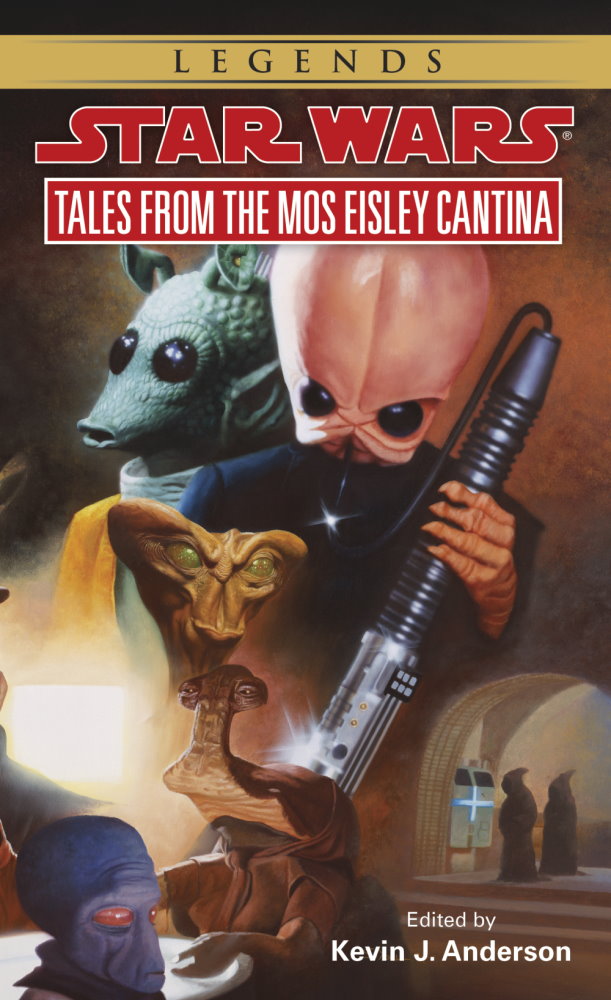 If, like me, your sick and tired of continuously reading about the further adventures of Luke, Leia and Han and wondering whether the next book will include the tired plot line of a new terrible weapon or someone trying to kidnap Leia’s kids, then you’ll probably enjoy these books.

The Tales books are not what I expected. What I expected was a series of stories set in and around the places and characters of the Star Wars universe with multiple personalities and many quirky incidents. Pretty run-of-the-mill entertainment stuff.

What I got was a selection of mostly well-written stories with interesting characters and neat, sometimes funny incidents.

The first story of Tales from the Mos Eisley Cantina is, in my opinion, the best of all the books. We Don’t Do Weddings is a nice little romp and tells us a little about the cantina band. Later stories, based around the arrival of Luke and Ben at the cantina, are entertaining and the way the plots intertwine with each other is clever, if a little dodge in some places.

There are a couple of stories, which seem very lame, as if writers have tried to inject something other than Star Wars into the mould. These stories just don’t feel as though they have the flavour of what Star Wars is about. Also, all of the stories concentrate on all the aliens seen in the original movie. Lavishing attention on recognisable icons maybe a good idea but I, personally, do not think the entire galaxy revolves around them.

Each of the incidental characters seem to have a star-shuddering secret story to unravel. I always thought they were how they were depicted in the film – background characters. Still, it’s an interesting collection of stories and will please the average Star Wars fan.