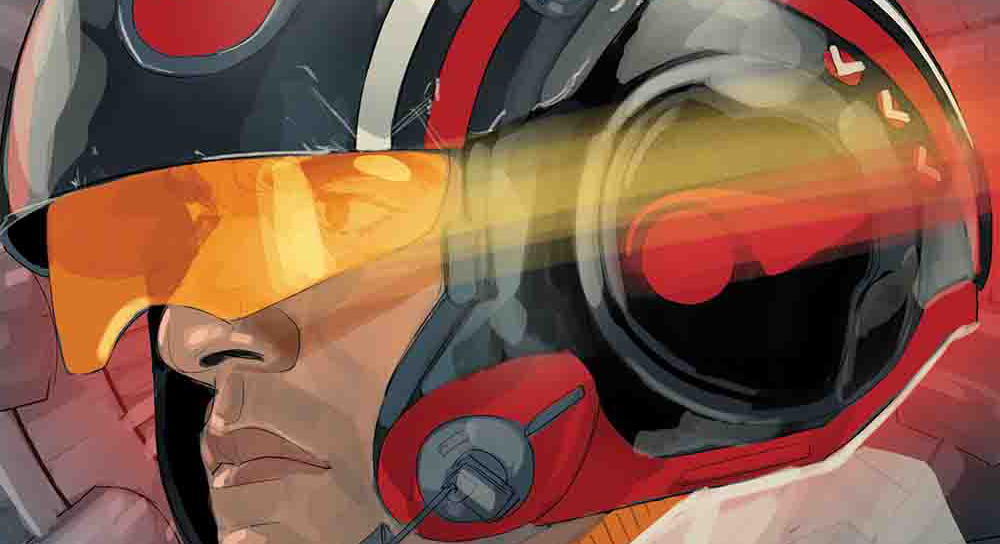 CONTINUING THE UNSEEN EVENTS OF THE FORCE AWAKENS! As Starkiller Base targets the Resistance for elimination, it’s up to Poe Dameron and Black Squadron to mount a frontal assault and take the weapon offline…as long as their friends on the ground can get the shields down! 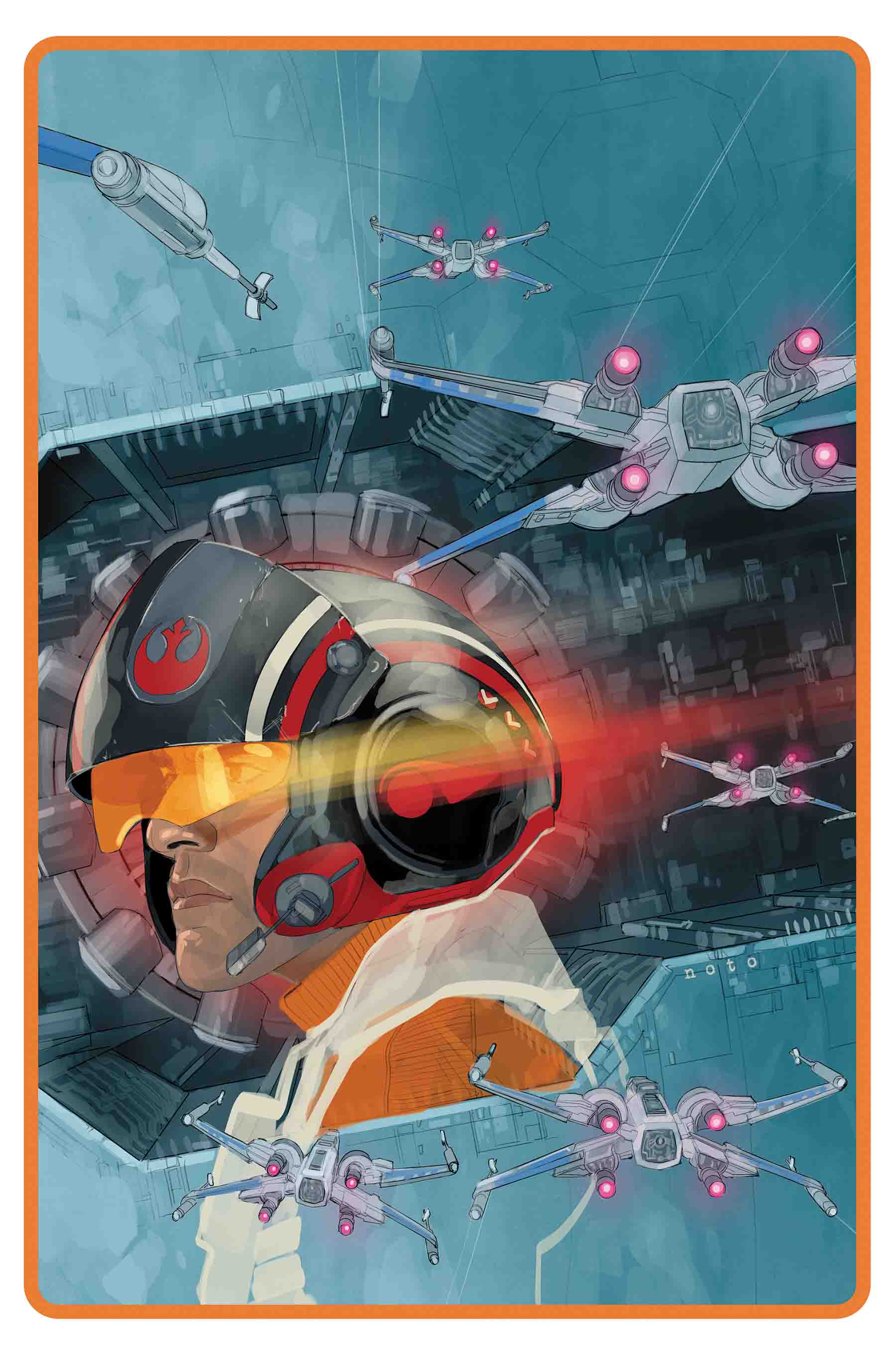 Charles Soule, possibly one of the hardest working writers in comics right now, is ending Marvel’s Poe Dameron series in September with issue 31. He’s made it clear that the book hasn’t been canceled, but is ending in “a nice, tidy place.” It’s really too bad, because Poe Dameron has been a fun ride. When all is said and done, we’ll still have Soule’s Darth Vader, though.

Since the beginning of Soule’s run on Poe Dameron, the book has always been unexpected- weird and strange, at times – but fun and imaginative. From the early issues with Noto’s beautiful interior art, Soule has woven a story rich in details and back-story, fleshing out an under-utilized character from the new trilogy of films. From giant magic eggs, to a morally flexible former Stormtrooper with a penchant for collecting exotic armors, you could never say Soule’s Poe Dameron was boring.

This is all to say that the recent story arc has surprised me. However, for the first time, the surprise has not been overly positive. When it was announced that the latest story arc, The Awakening, would take place filling in the gaps of the Force Awakens, the Last Jedi, and moments in between, I was immediately worried. These aren’t the wild west days of the late seventies when Roy Thomas and friends were free to play fast and loose with the characters. These type of stories interspersed into the film canon are tightly controlled by the licensor and usually end up very shallow reads. It makes sense, with a potential billion-dollar blockbuster in Episode IX, Lucasfilm and Disney don’t want a couple of issues of comics out there contradicting major plot points. So, Soule’s narrow path is set before him.

The first nine pages of Poe Dameron 28 are a surface retelling of the battle of Starkiller base from a slightly different perspective than our heroes on the ground in the Force Awakens. Unzueta picked up artistic duties in issue 14 and, while I personally find Noto’s style preferable, Unzueta has been doing a fantastic job. Keeping my opinions limited to issue 28, his epic depictions of space battles don’t skimp on details and give us Star Wars fans that tried and true sense of galactic scale. Unzueta’s space-borne Battle of Starkiller Base is played out across four double-page spreads which economic use of the space provided without robbing the reader of the details. Unzueta is stronger on technology than depictions of human faces, but nobody’s complaining with what Larocca is doing over on the main Star Wars series. Prianto’s aide on colors makes Unzueta’s art vividly pop with bright purples and blues set against the black vacuum of space.

What brings the art down here is the clunky narration which progresses as a conversation between two different colors of narration bubbles. The reader is left flipping between two thoughts. First, we already know all of this information. Second, who is narrating? When you think one of the bubbles is a certain character, all-of-a-sudden that character is mentioned in the third person. Spoiler coming up next, so beware.

Some readers may be quicker on the draw than I, but when the narrators are finally revealed, you get an “a-ha!” moment. However, the novelty of BB-8 re-telling the battle of Starkiller Base to R2 who missed out on the action wears off quick. You are then left with the fact that the first nine pages still provided little new information to the film’s story.

Threepio interrupting segues us into a vignette showing Rey interpreting ancient texts and finally a discussion between Poe and Finn. We find our two male protagonists catching up on their adventures bridging the gap between TFA and TLJ, when Finn was unconscious. Nothing in Poe’s re-telling of the evacuation of D’Qar and his one-man suicide mission is anything we wouldn’t assume happened between the two films. Their is a small tid-bit adding flavor to Poe’s turbo-boosted engines in the beginning of TLJ, however, that is hardly worth the $3.99 admission price here.

I have immense love for Soule’s work and a respect for him as a story-teller, but he was set a difficult task here. To narrowly thread the needle between two films, with a third resolution yet to be told, he was bound to come up short on this one.

If you haven’t already, pick up the back issues through issue 25. Issue 28, and by extension, the whole Awakening story arc could be skipped without the reader feeling they missed out.