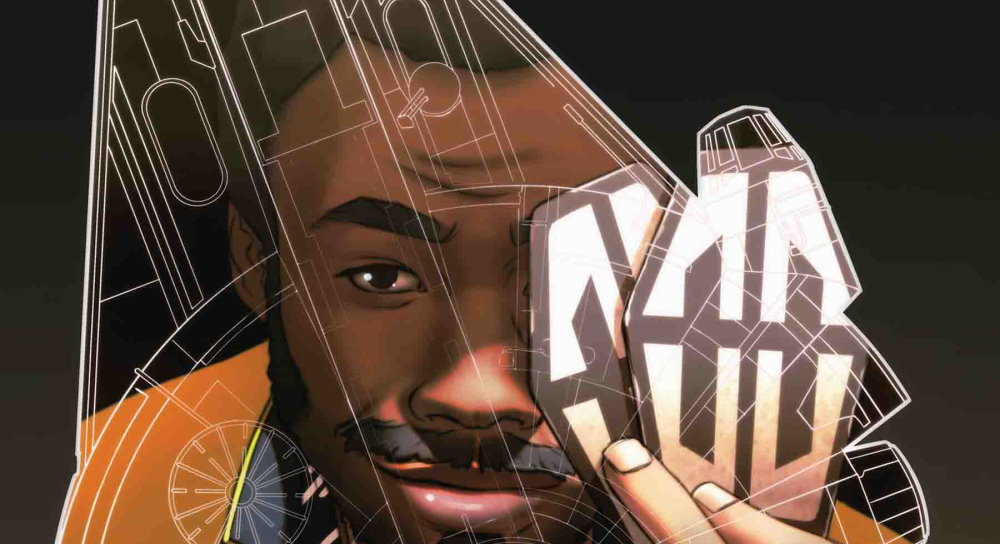 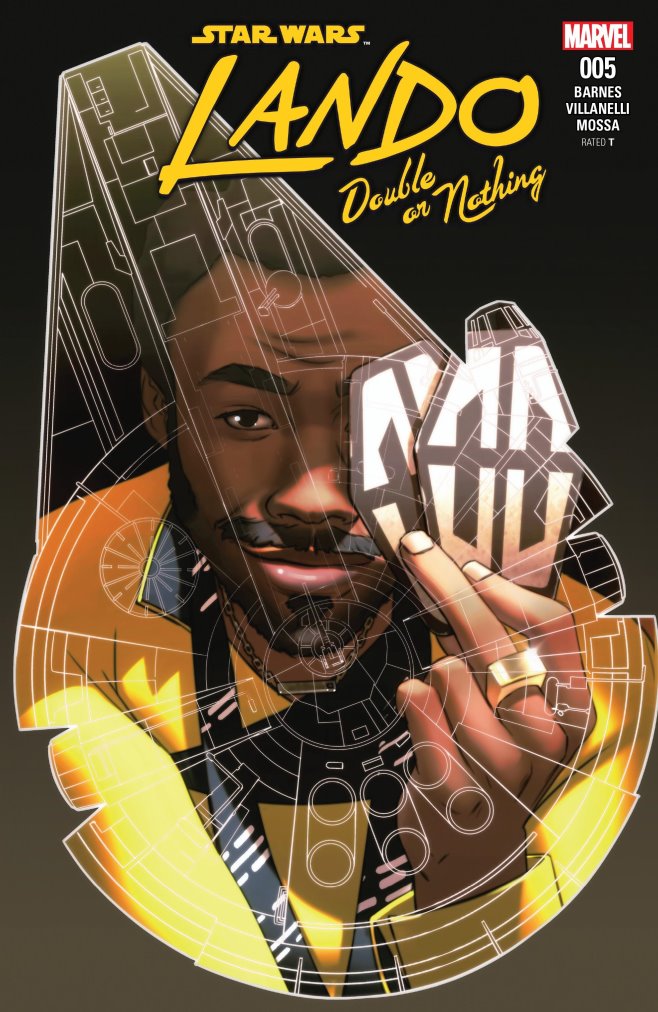 Star Wars Lando – Double or Nothing #5

LANDO Double or Nothing PART V

Kristiss, a Petrusian freedom fighter, has hired Lando and his droid companion, L3-37, to smuggle weapons to her comrades enslaved by the Empire in the droid factories of Kullgroon.

Lando, normally one for leisure and gambling, has taken up the revolutionary cause. Armed and ready, Lando now leads the Petrusians in open revolt!

From what has been a fair to middling series so far, Double or Nothing pulls a decent finale out of the bag as the people of Petrusia fight back against the oppression of the Empire, led by Lando, L3 and some clever tactics from Kristiss and her father Rythus. In fact, given the proximity of the story to the events of Solo: A Star Wars Story (this is essentially what Lando did right before the events of the film) there’s plenty that informs their actions, especially L3’s.

There’s no hiding my disappointment at the series so far, but this goes a long way to rectifying that, bringing us an action-packed finale wrapped around one of the most attractive comic covers in a long time. As the Imperials pin down the Petrusians in the Kullgroon droid facility it looks hopeless, especially as the Petrusians appears to have little skill at fighting, but once Lando takes the lead and Rythus activates his plan, the tide turns as the droids they have been repairing turn on the Imperials, leading to all manner of mechanical mayhew, led by L3 who leaves the Falcon unguarded to join in the fight (honouring The Mandalorian example of leaving a hugely expensive starships unguarded and ripe for lundering).

It’s a good twist. While L3 makes it clear that she can do anything she wants, she leaves them vulnerable as the Falcon is captured by the Empire and – after the day is won and a stolen Imperial transport arrives to sweep them away – taken to Vandor, where we end the issue with a locked-down Falcon and Lando playing Sabacc with Therm Scissorpunch, Lark and Jonk and Elnacon at the Fort Ypso Lodge we first meet him in the film.

It is a decent end to the story, as Lando does something for others rather than himself, L3 becomes even more fervent in her battle for equal rights (a thread more relevant now than ever) and despite the Vandor scenes taking place a week later (an eternity in the nebulous weave of chronology) this series ends finally feeling like it belongs in the wider Solo story.

Consistently good art throughout the series helped carry it through, despite some awkward superhero style frames and a quintet of excellent covers make this one worth owning, if only for adding to the Solo collection and giving us hope that at some point in the future there’s another Lando title in this era that gives us even more insight into the character. What did he do after he lost not only his ship but his co-pilot and friend post Solo? We know he gave up smuggling and fancied himself a businessman, but a tale during those days would be fascinating; but that’s for another day, and after tackling the days immediately before the film, perhaps Thompson, Villanelli and co deserve a second crack at chronicling the days , weeks and months after it.