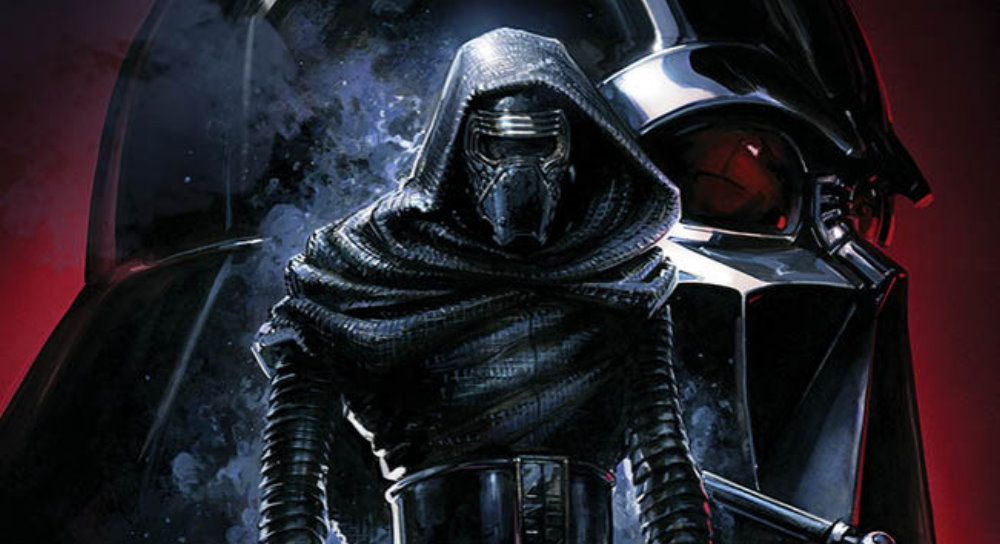 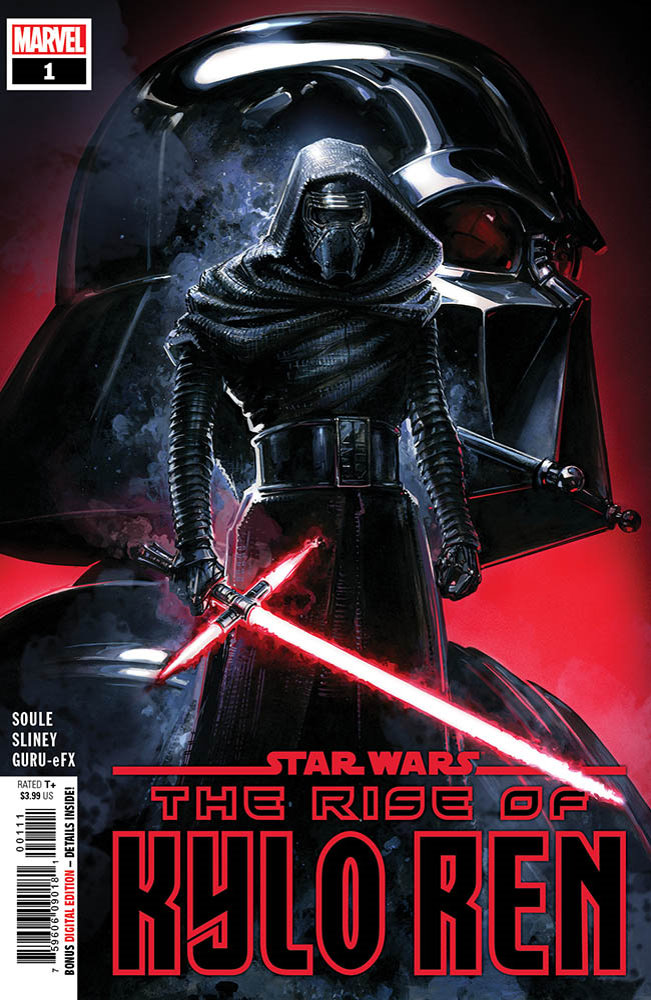 Young Ben Solo is legendary Jedi Luke Skywalker’s most promising pupil. As the son of Rebel Alliance heroes Leia Organa and Han Solo, as well as Luke’s own nephew, Ben has the potential to be a great force for light in the galaxy.

But the Skywalker legacy casts a long shadow, the currents of the dark side run deep, and Darth Vader’s blood runs in Ben’s veins. Voices call from both his past and his future, telling him who he must be.

He will shatter, he will be reforged, his destiny will be revealed. Snoke awaits. The Knights of Ren await. Ben Solo’s path to his true self begins here.

If Star Wars only existed as movies, much of the intricate tale would be sorely missed. That is where the likes of Rebels and The Clone Wars add to the mythology. That is where comic books have done the same since just after the dawn of the saga.

From 1978 to the mid-1980s, Marvel Comics provided us with not only adaptations of the three original movies, but added such memorable characters as Valance the cyborg bounty hunter, Jaxxon the green ‘rabbit’, Mandalorian Fenn Shysa, Ellie the droid and so many more.

In many ways, these characters felt more rounded to me than the depiction of Kylo Ren in the sequel trilogy of films. Don’t get me wrong, Adam Driver portrayed Kylo well – but there was something lacking from his screen time. We needed more back story to assess whether Kylo was a tortured soul or simply the torturer of souls! We needed to see him as Ben Solo.

Yes, this was somewhat addressed in The Rise of Skywalker, with the vision of his father – Han Solo – providing him with probably the most poignant scene in the whole trilogy – redemption. But redemption from what? And to what?

We knew that Kylo was the offspring of Han and Leia and perhaps it was this that separated our expectation of him from that of Darth Vader. The parallels are obvious between Vader and Ren. However, perhaps because we knew nothing of his lineage, the redemption of Anakin Skywalker at the end of Return of the Jedi was a satisfactory conclusion. It had a clean beginning and triumphant resolution.

With Kylo that just wasn’t the case. The boy seemed to have the galaxy at his feet. Son of a smuggler turned heroic general, plus his mother came with royal connections and feistiest of spirits – not forgetting his uncle was the legend Luke Skywalker – last Jedi or first of the new. And that is the tragedy of Kylo Ren folks. Not our expectation of the character, but his denial of living up to the expectation of the Skywalker/Solo legacy. He was never likely to win.

In The Force Awakens we got a hint of the burning of Luke Skywalker’s Jedi temple. In The Last Jedi we got a hint more of the atrocity, and now in this new series of comic books we get to meet a torn Ben Solo on the night he destroyed his uncle’s training academy.

As Ben watches the temple burn, all indications are that Luke has perished in the flames along with all students. The emergence of three Jedi that are returning from an off-world mission proves to be a fly in the ointment of Solo’s plan.

The three Jedi – a quarren named Hennix and two humans, Voe and Tai – race to Ben’s side, demanding to know what happened. Ben’s claims that his uncle turned on him are met with incredulity. The Jedi trio try to block Ben’s exit from the planet, Hennix is wounded, but eventually actions lead to a chase across the stars.

His mind twisted by the evil Snoke, a conflicted Ben committed the crime unwittingly. Now he meets with Snoke, revealing that he has avenged the injuries inflicted on the supreme leader by Skywalker. And now, Ben Solo is determined to track down and join – scratch that – rule the Knights of Ren.

Ah yes, the mysterious order that follows the ‘Shadow’ of the Force and reveres the Ren – embodied by the red blade of a lightsaber. It was good to see them in action here.

I enjoyed this introduction to Ben’s transition from Jedi trainee to master of the Knights of Ren, but for me I think the story should have kicked off a little further back. I would have liked to have seen more of his formative years and how he first got to hook up with Snoke.

Nevertheless, it serves as a promising beginning to this run and potentially could make me forgive him for murdering his dad.

Nah, who am I kidding?

Star Wars: The Rise of Kylo Ren
$13.50
Buy on Amazon This is a paid link. Learn More. Clicking the link may take you to the Amazon store servicing your country Price incl. tax, excl. shipping.  Details correct as at: 2021-05-06