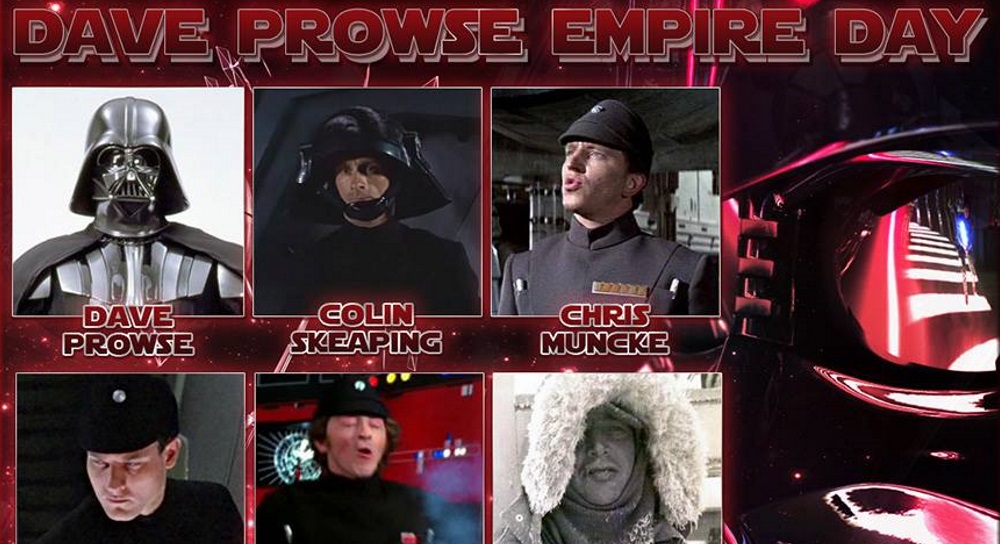 It’s no understatement to say that Saturday 16th December marked the end of an era. Dave Prowse, the man who inhabited the armour of the original Darth Vader retired from public events with this, his final show at the Feltham Assembly Hall, just outside Heathrow.

This was an intimate last role of the dice for everyone’s favourite Sith, put together at relatively short notice at the request of David’s family by the team at Showmasters. The event was relatively small scale compared to some of their other events, but every bit as well run. Approximately 400 fans had the opportunity to meet not only Dave and his contemporaries, but also view a wonderful selection of original photographs. The selection on display featured Dave as Darth Vader in A New Hope and the images were stunning. For copyright reasons no photography was allowed, but trust me, the black and white stills and rushes were awesome. The shots of Vader in his TIE Fighter were simply stunning.

Indeed, the show brought back the name of ‘Empire Day’, the conventions which were the backbone of UK events in the 1990’s. Empire Day returned briefly in 2012 with a show at Elstree Studios, and in its own way this event was every bit as important and iconic. 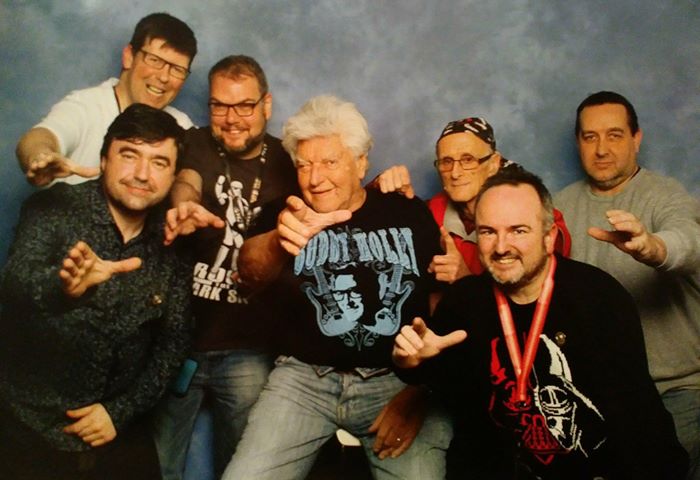 Fantha Trackers Carl Bayliss, Richard Mitchell, Mark Newbold and Paul Naylor attended the show, and once there we caught up with a number of fans, all keen to celebrate Dave’s career at this, his final event. The atmosphere was great, and with only a small handful of dealers present the focus was very much on conversation and catching up – in other words, the best kind of show. We were able to talk about The Last Jedi, the premier of which a number of Fantha Trackers had been lucky enough to attend, as well as other Star Wars topics.

The room was soon full, and as Dave entered the room and walked through to his signing area he received a very generous round of applause from the crowd.

Photo shoots took place, and as you can see above, we were lucky enough to be part of a shoot with Mark, Paul, Carl, Richard, event organiser Jason Joiner, original trilogy stuntman Colin Skeaping and Dave himself. As highlights of an already excellent year go, this photo is right up there.

Joining Dave at his final show was a fantastic array of original trilogy guests. Carl had spoken with Chris Munke at SW40 in Coventry the week before and once again they spoke as the three of us shared a laugh with the A New Hope actor.

We managed to get some great interviews with some of the guests (stay tuned to Fantha Tracks as they’ll be featured in our upcoming podcasts) and were allowed to get some team pics with David and stuntman Colin Skeaping, and another with ‘the Imperials’. 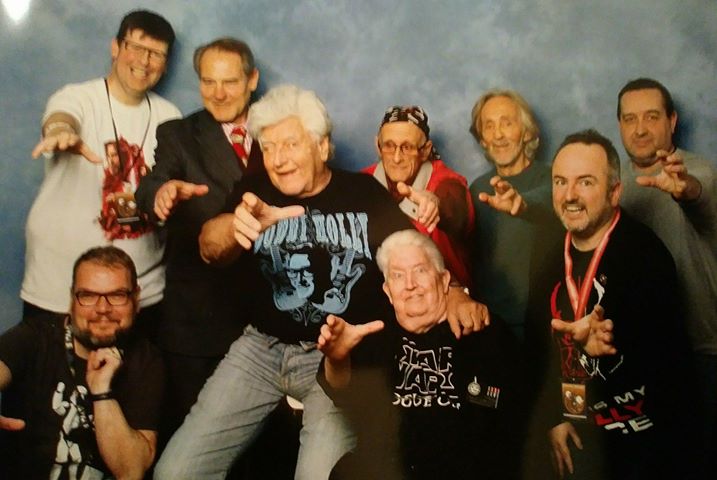 It was a fantastic day, and although things ran bit over, due to the number of fans and David’s eagerness to make sure everyone got more than a few seconds with him.

Jason has already said that he’s planning Empire Day 2018, bigger and better and we’ll be among the first to attend it. 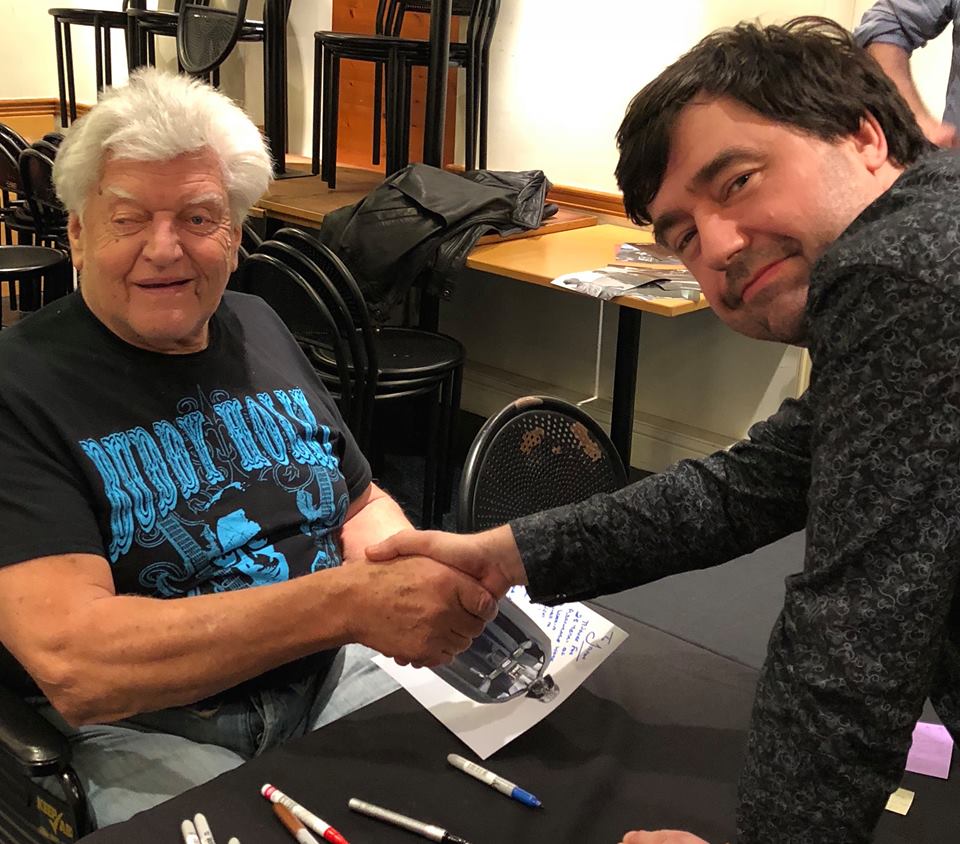 So, the end of an era. As Fantha Tracks embarks on its new venture, Dave moves on to the next phase of his life. Many thanks to Jason and the Showmasters staff for giving us such fantastic access, and thanks to Dave for decades of fantastic memories.

A thoroughly entertaining event and a quiet tribute to the gentle giant behind Vader’s mask.
Happy retirement Mr Prowse. There may be other Darth Vaders, but only Dave Prowse IS Darth Vader.