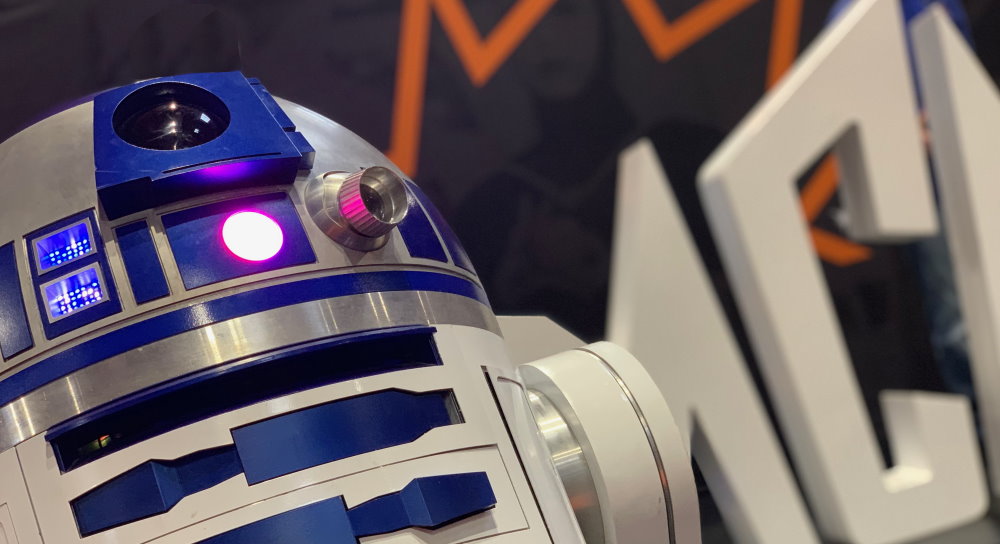 Fantha Trackers were seen walking in single file around Birmingham this week at the latest MCM Birmingham Comic Con at the NEC. It was another jam-packed weekend full of all things Star Wars. Here’s a quick look at some of the highlights we found.

The Imperial Troops talk was the centerpiece Star Wars event of the weekend, bringing four actors from the original trilogy to the main stage at 2.00pm on Saturday afternoon. Kenneth Colley, Michael Culver, Julian Glover and Michael Pennington told stories of their time in the Empire for 45 minutes, and you can hear the whole panel on the latest episode of Making Tracks.

The four gentlemen also held a press conference on the Sunday afternoon, the full version of which you can watch above. It’s amazing to see the creations that Reece at RGL Customs comes up with and this time he excelled himself with a custom made Star Wars Aztec mural. This stunning piece sat centre piece of the stand and was a real eye catcher.

The Slave 1 display was fantastic, with detail second to none. RGL will do commissioned pieces, or sell what he has created himself.

It was a pleasure to meet and chat to Ingvild Deila, the actress who played the CGI Princess Leia at the end of Rogue One A Star Wars Story.

Ingvild was signing over the weekend and took time out to chat and meet the Fantha Tracks team. 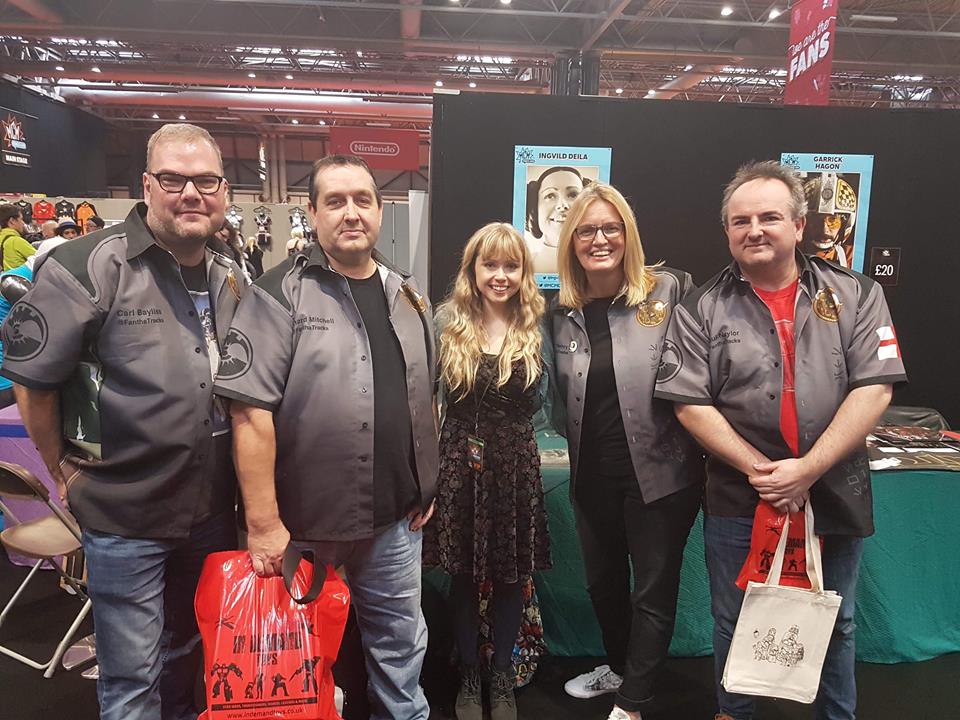 The full interview will be on a future episode of Making Tracks.

A veritable veteran of the MCM shows (despite his youthful appearance!) Gav was once again in attendance with his wonderful artwork, depicting those toys you recall fondly from your childhood alongside his more recent venture Cult Locations Ink, a more gothic take on some iconic locations from film and TV, with a few Star Wars locations available.

We stopped by to say hello, find out how the show was going for him and also to get the lowdown on the soon returning Advent Calendar….

In Gav’s own words:

“I made a decision on this years Advent Calendar prints – to change things up a bit, each day will feature a set of hand drawn sketches from different toy lines. They will be standard sized 4×6 inch cards making it easy to either collect in an album or frame your favourites…..and this year they will be cheaper than ever at only £2.00 a print +P&P.”

And as a sneak peek here are a couple to whet your appetite:

So head over to Facebook or his website for the daily offering and to see some of the other great art he has for sale. As always, the industrious crews of the UK Garrison, the Rebel Legion and the R2 Builders were out in force, trooping and rolling around the NEC to the delight of the crowds.

As always, the UKG celebrated with their annual UKG Bash, held this year at the National Conference Centre inside the nearby National Motorbike Museum, while the Rebel Legion and R2 Builders wowed the packed halls.

We’re eternally impressed with the efforts and craft of these galactic heroes!

Vanessa Marshall: Why she can’t make MCM Birmingham, in her own words