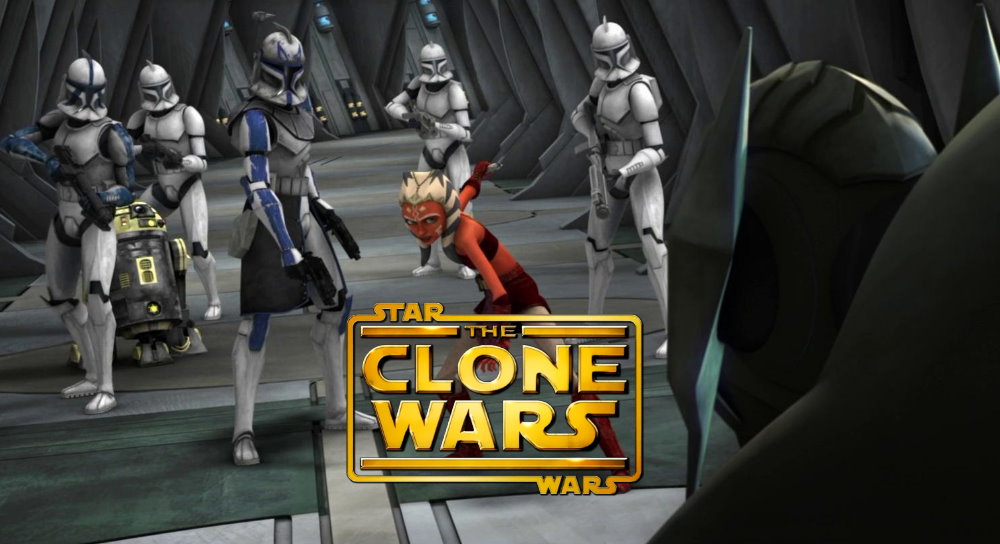 When The Clone Wars first aired back in late 2008, Lightsabre.co.uk guest reviewers looked at the show, giving their initial gut impressions on that groundbreaking first season – but not every review was completed, and so those reviews written at the time were never published. In an unpublished article written for Lightsabre, Mike Barrick looks back at the seventh episode of season one – Duel of the Droids.

“You hold onto friends by keeping your heart a little softer than your head.”

Missing in action! Anakin Skywalker’s heroic droid navigator R2-D2 was lost in battle. When a desperate search fails to locate Artoo, Anakin is forced to take on a new navigator, R3-S6.

Now the Jedi embark on a dangerous new mission, to find a secret enemy listening post. Meanwhile, R2-D2 has fallen into the hands of a vile droid smuggler and is on his way to General Grievous who will surely plunder the Republic’s secrets hidden within him….

As The Clone Wars kicked off on Cartoon Network last year, I was a bit sceptical. Some of my scepticism was based on the theatrical release, which I enjoyed but didn’t love. I think more of my scepticism stemmed from my extreme love of the Genndy Tartakovsky Clone Wars micro series from a few years past. I loved the characters, voices, action, and dry humor of that series along with the way it ultimately tied into Revenge of the Sith. It’s like I kept wanting to yell out, don’t forget about that other Clone Wars cartoon as the new series gained momentum.

With episode 5, Rookies I became intrigued and interested in all the side stories that could be told outside of the main Anakin/Obi-Wan/Ahsoka storyline. But then came the “droids” duology. While Downfall of a Droid was enjoyable, Duel of the Droids blew me away. In my humble opinion, this was the first episode that truly felt like old-school Star Wars.

Now sure, we knew R2 was gonna be ok in the end unless there was some sort of “The Sixth Sense” type twist in which the lovable droid of the OT turned out to be a droid clone…or had actually been dead the whole time. Knowing R2’s fate somehow didn’t take away from any of the fun. From the initial skydive down to Skytop Station to Ahsoka’s duel with Grievous I found myself smiling the entire episode while furiously shaking my fist at that traitorous, Pittsburgh Steelers-colored R3-S6.

I particularly enjoyed the dialogue between Ahsoka and Grievous, and who can forget the ultimate fight between R2 and R3. Just as I expected, though cute, R2 fights dirty! If only other NFL teams could dismantle the Steelers in the same fashion…but I digress.

More than any other previous episode, Duel of the Droids finally sucked me into The Clone Wars series and there’s no looking back. (We’ll there’s a little bit of looking back as I’ve come to really appreciate the previous episodes as well) Oh and on a side note, being a fan of the EU, I definitely found it fun that Skytop Station was in the atmosphere of Ruusan; known as the Old Republic location of the Thought Bomb explosion which wiped out Jedi and Sith alike thanks to the conniving of Darth Bane.

Can’t wait for Season 2 at the new more family friendly time slot so I can watch with my 3 year old son. Too young? I’m the one who will have to deal with his nightmares and quite frankly I’m cool with it.