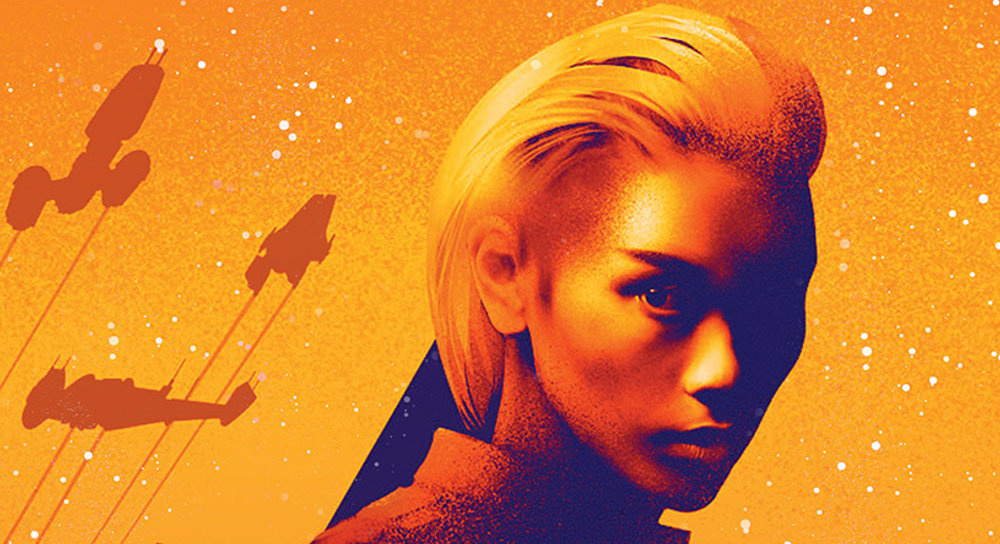 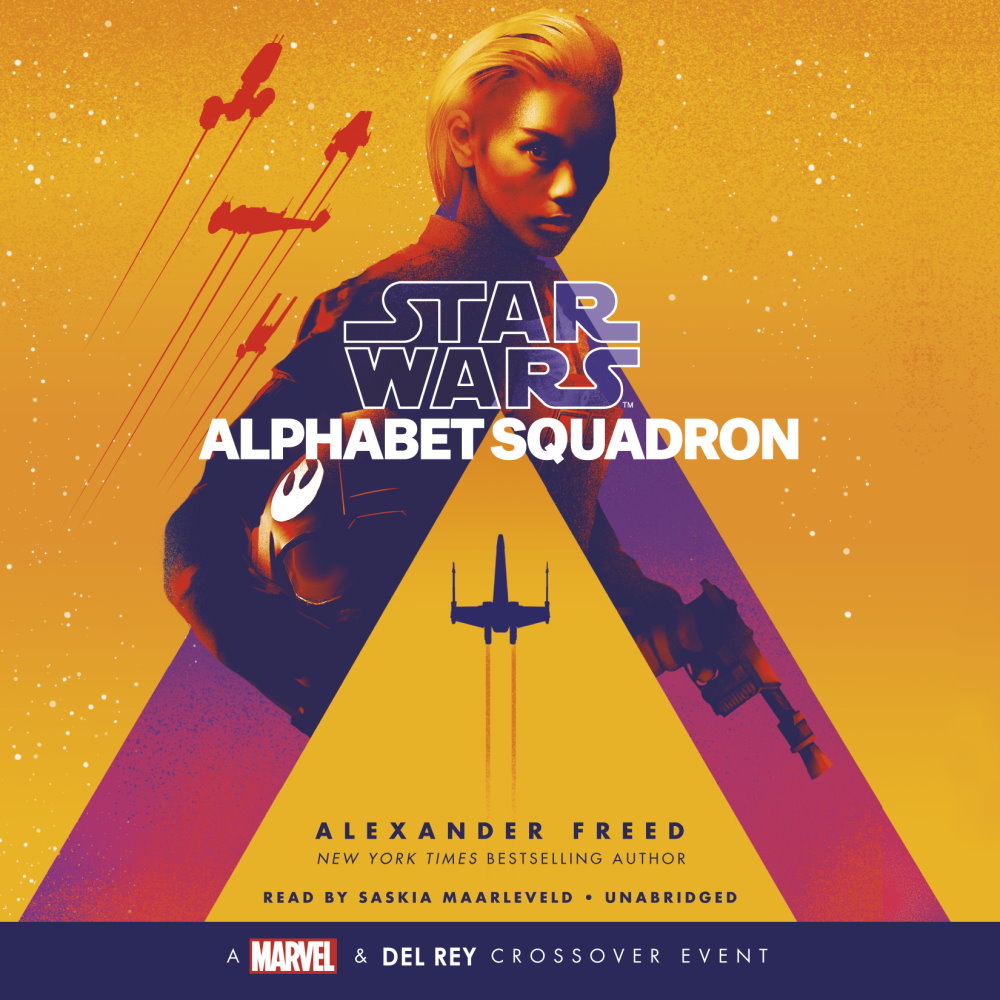 On the brink of victory in a brutal war, five New Republic pilots transform from hunted to hunters in this epic Star Wars adventure. Set after Return of the Jedi, Alphabet Squadron follows a unique team, each flying a different class of starfighter as they struggle to end their war once and for all.

The Emperor is dead. His final weapon has been destroyed. The Imperial Army is in disarray. In the aftermath, Yrica Quell is just one of thousands of defectors from her former cause living in a deserters’ shantytown—until she is selected to join Alphabet Squadron.

Cobbled together from an eclectic assortment of pilots and starfighters, the five members of Alphabet are tasked by New Republic general Hera Syndulla herself. Like Yrica, each is a talented pilot struggling to find their place in a changing galaxy. Their mission: to track down and destroy the mysterious Shadow Wing, a lethal force of TIE fighters exacting bloody, reckless vengeance in the twilight of their reign.

The newly formed unit embodies the heart and soul of the Rebellion: ragtag, resourceful, scrappy, and emboldened by their most audacious victory in decades. But going from underdog rebels to celebrated heroes isn’t as easy as it seems, and their inner demons threaten them as much as their enemies among the stars. The wayward warriors of Alphabet Squadron will have to learn to fly together if they want to protect the new era of peace they’ve fought so hard to achieve.

Part of a Marvel and Del Rey crossover event, Alphabet Squadron is the counterpart to Marvel’s TIE Fighter miniseries, which follows the exploits of Shadow Wing as they scheme to thwart the New Republic.

As we move beyond the sequel trilogy, the post-Return of the Jedi era is still being filled out. This novel, the first in the Alphabet Squadron trilogy, The Mandalorian, as well as elements of the Aftermath trilogy and Star Wars: Squadrons are set to remedy that.

It’s an era of change in the galaxy, for the burgeoning New Republic, the remnants of the Empire and the underworld, one where loyalties are questioned and life-changes are made. It’s here that we find our major protagonist Yrica Quell, a former pilot in the 204th Imperial Fighter Wing – Shadow Wing, the Imperial squadron at the core of the story  – who finds herself at a crossroads, determined to leave behind many years of service to the Empire to join a New Republic less than eager to greet her. It’s an interesting angle to tackle this era from; there are undoubtedly many former Imperial officers who had the shade lifted from their eyes, able to look at decisions made in their military past that with good conscience they can’t stomach now, specifically the devastating Operation: Cinder. Proud of her achievements as a pilot, something she was clearly born to be, Quell knows she can’t steer that path any longer. Some measure of redemption is required, but thankfully author Alexander Freed doesn’t show Quell constantly submitting to the weight of her past decisions. Life is complicated, war time doubly so and so we find Quell trying to impress her new military superiors, not fully realising until some way into the tale that they need her every bit as much as she needs them. 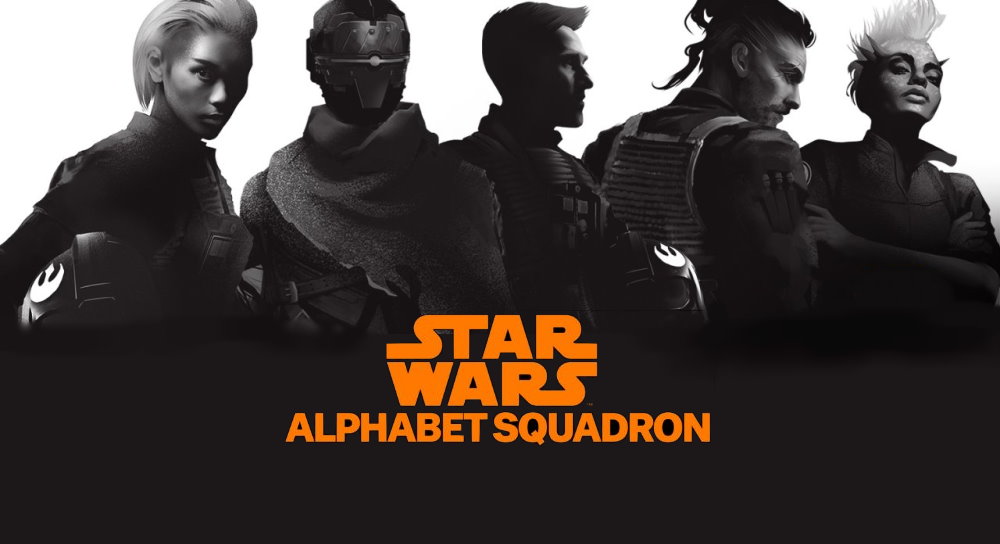 Her squadron mates are an equally ragtag band, largely pulled together from the remnants of two Rebel squadrons, Hound and Riot Squadrons. Y-Wing pilot Nath Tensent is a rogue, and U-Wing pilot Kairos is somewhat mysterious, while the perpetually irritated Theelin B-Wing pilot Chass na Chadic clashes with A-Wing pilot Wyl Lark, a skilled but somewhat naive pilot from Polyneus. We meet allies who fall, former Imperials who defect along with Quell, New Republic commanders who don’t trust her, former torture droids who do and meet once again Hera Syndulla, now a well-entrenched General who wistfully longs for her own lost ‘family’ while encouraging Quell to let go her Imperial standards and unlock the potential in this new squadron, now christened Alphabet Squadron due to the wide variety of vessels – X, A, B, U and Y-wings make up the squadron.

There are missions that fail, such as the one to Abednedo or the simple supply mission to the Harkrova system which Syndulla saw as an opportunity for Quell to bond with her team and ones that go sideways, like the attack on Pandem Nai during their hunt for Shadow Wing. There’s a distinct Moby Dick feel to the tale, hunting the white whale of Shadow Wing while the disparate personalities of Alphabet Squadron coalesce into a working unit, and it takes time. The team bond, share stories and break bread as Quell struggles with her own insecurities, her superiors and even her physical health. Nothing is easy, everything is earned and as the first chapter in a new trilogy of stories it does a more than solid job.

The audiobook is read enthusiastically by Saskia Maarleveld, voicing the wide array of characters with care. She has a habit of giving any foreign sounding dialect an Irish twang, which I personally found endearing and enjoyable, and as our guide on this first journey through the story of Alphabet Squadron her voice was welcome every time I returned to it. Alexander Freed gives plenty of depth and detail to not only the characters but the era we are in, one that hopes to disarm their military in the naive search for a peaceful galaxy. It’s a noble, albeit it misguided goal that dooms the galaxy to decades of unrest and this trilogy looks set to lay down the foundations of that folly. 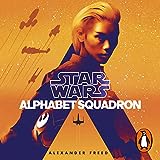 Alphabet Squadron
$22.90
Buy on Amazon This is a paid link. Learn More. Clicking the link may take you to the Amazon store servicing your country Price incl. tax, excl. shipping.  Details correct as at: 2021-01-25