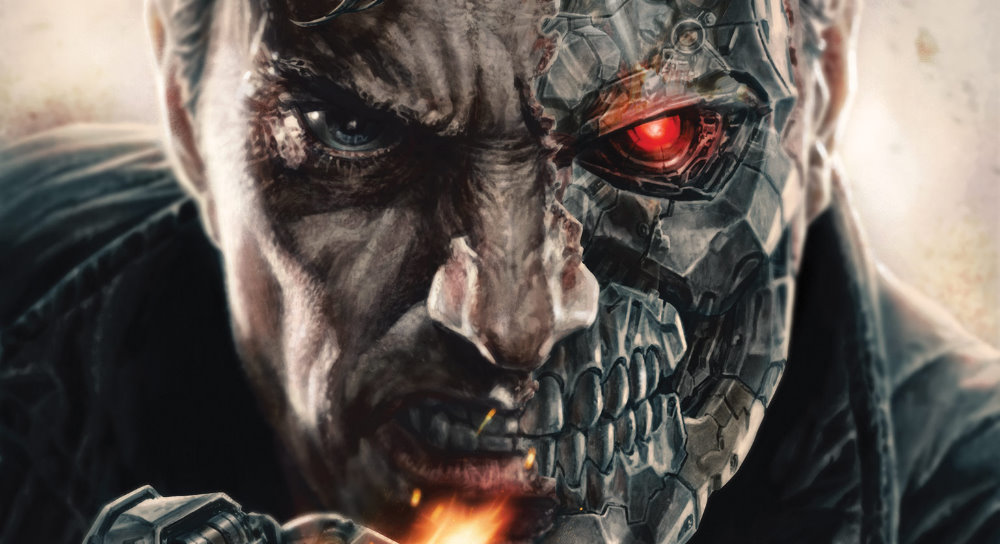 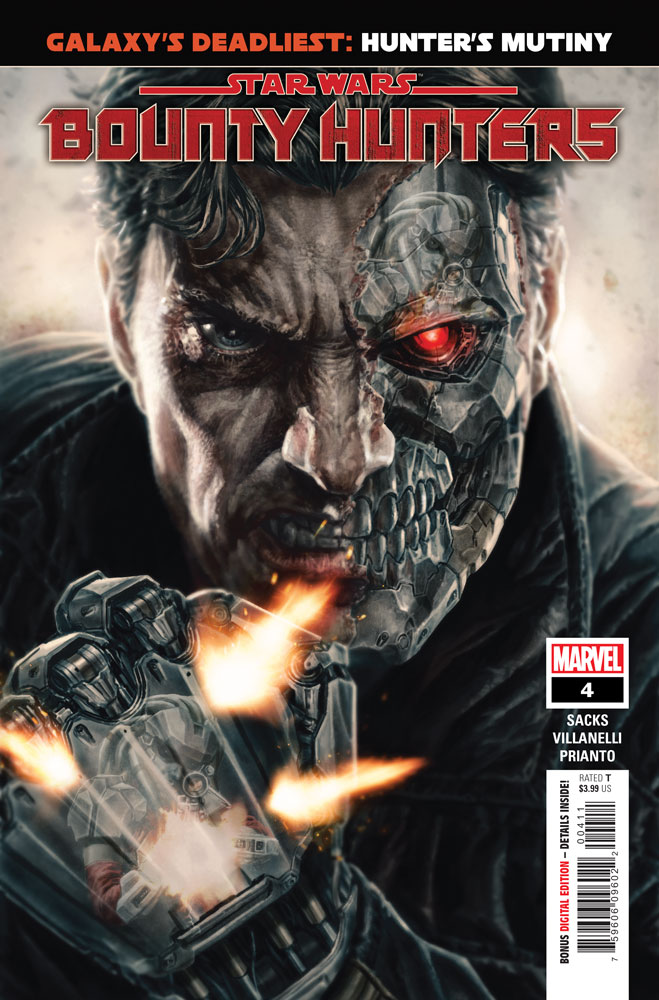 Years later, Lash re-emerged, and the price on her head attracted hordes of hunters—including her old crew: the Trandoshan Bossk, Boba Fett, the human T’onga, whose brother T’ongor died as a result of Lash’s actions, and her cyborg protégé Valance.

After Valance’s droid acquired the possible coordinates to Lash’s location on the graveyard planet of Galmerah, Bossk attacked! Although Valance narrowly managed to defeat the Trandoshan, two new threats quickly emerged. The Thisspiasian hunter Ooris has made off with Valance’s droid while T’onga has cornered Valance at gunpoint….

There’s a huge difference in wanting to be the winner of a popularity contest and actually winning it, and issue 4 of Bounty Hunters illustrates the difference to startling effect – sure, Boba Fett may be an enduring top ten character in terms of popularity amongst the fandom, but he’s never going to be hankering after a sash or a pat on the back for winning. Here, it’s once again the shadowy, on the periphery Fett we see, through the issue, unrevealed until the very final page of the issue after in true Wolverine style, he shows what he does best; deal death.

Issue four really ramps up the plot as strands of storylines come together, once again delving into the past to shed light on the present. As Valance and T’onga strike up an uneasy alliance we see the destruction wrought by the actions of Nakano Lash, having taken down the heirs to both the Unbroken Clan and the Mourner’s Wail syndicates, and as they head to Ruusan in the Broken Wing there’s a sense of anticipation as their long hunt – perhaps – could be coming to an end. As last issue ended, we’re back with the Thisspaisian bounty hunter Ooris as he holds a youngster hostage, Nakano Lash gingerly begging for her life.

Lash didn’t get the reputation she’s carried for so long by being a passive bystander, and her quick actions, and those of Cadeliah the youngster are rewarded with the death of Ooris and their escape as soon after T’onga and Valance arrive. A walk to a local village  – and an altercation with the Lash supporting locals – leads them to wreckage of a Clone Wars skirmish high above in orbit where Lash and Cadeliah are found, and herein lies the twist in another well-judged flashback as Lash explains all. Cadeliah was the daughter of the heirs to the two syndicates, forbidden lovers who were expecting a child. Scared of the consequences of fathering a child with their sworn enemy, Khamus of the Mourner’s Wail  prepares to kill his pregnant lover and dies at Lash’s hand, while Krynthia of the Unbroken Clan survives, only to die soon after in childbirth; Cadeliah is the child of that union, and the one who when of age could end the violence between the syndicates. Lash has taken her under her wing to safely raise her to adulthood.

We also learn how T’onga’s brother T’ongor died, taken out by a sniper, and for a moment her journey – leaving her lover Losha behind on Logan Ri to deal out some justice for her twin brothers death – finds resolution, until her life is ripped away as Boba Fett enters and kills her on his way to Valance.

Sacks, Villanelli and Prianto really have this motor humming, finding the sweet spot of snappy script, engaging plot, illuminating flashbacks, tight artwork and mood-enhancing colouring. As every issue has shown us, these aren’t ideal dinner guests; the underworld is not for the meek or mild, bad things happen – constantly – and taking your eye off the ball for just a second can be deadly. T’onga and Ooris fall victim to that in this issue, and as we look towards issue 5 we have to ask – who’s next?