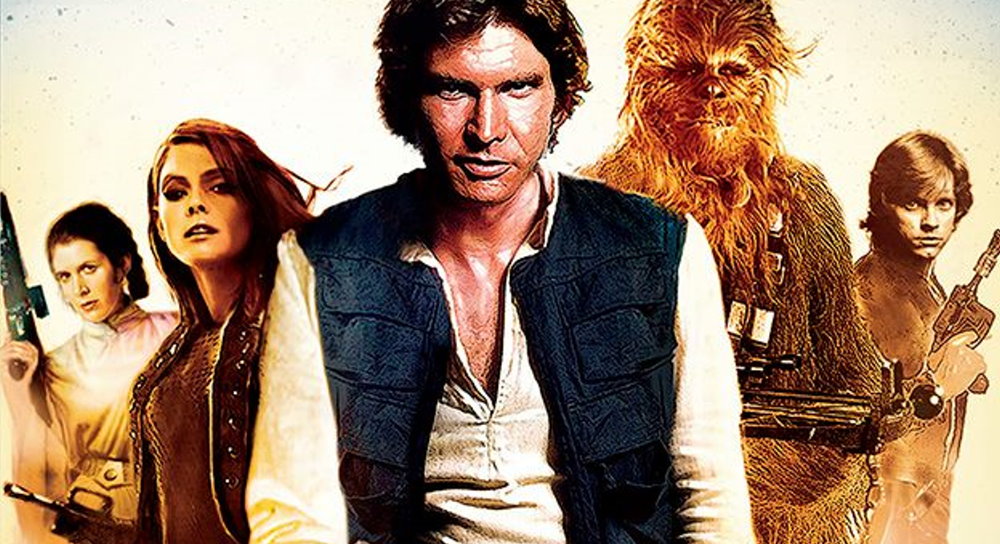 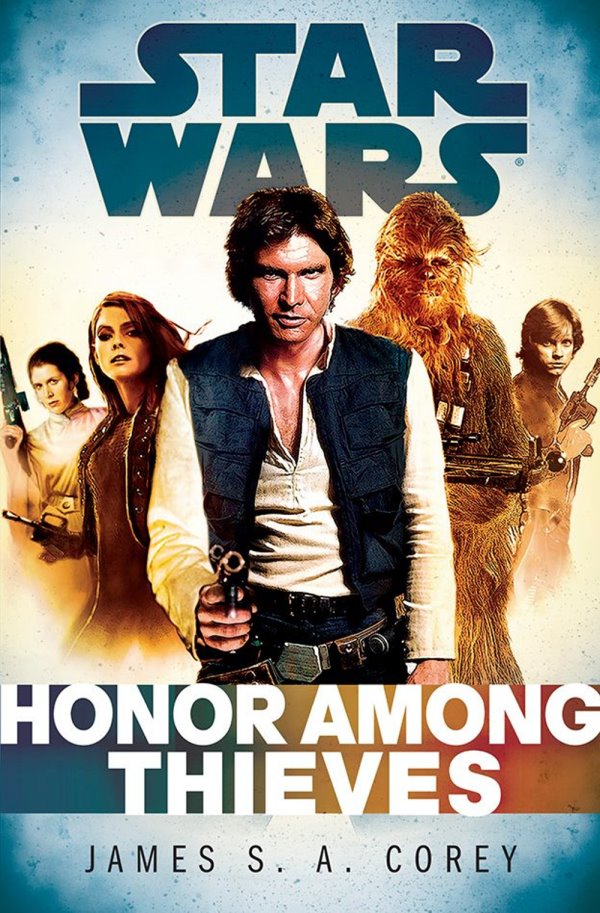 When the Empire threatens the galaxy’s new hope, will Han, Luke, and Leia become its last chance?

When the mission is to extract a high-level rebel spy from the very heart of the Empire, Leia Organa knows the best man for the job is Han Solo—something the princess and the smuggler can finally agree on. After all, for a guy who broke into an Imperial cell block and helped destroy the Death Star, the assignment sounds simple enough.

But when Han locates the brash rebel agent, Scarlet Hark, she’s determined to stay behind enemy lines. A pirate plans to sell a cache of stolen secrets that the Empire would destroy entire worlds to protect—including the planet where Leia is currently meeting with rebel sympathizers. Scarlet wants to track down the thief and steal the bounty herself, and Han has no choice but to go along if he’s to keep everyone involved from getting themselves killed. From teeming city streets to a lethal jungle to a trap-filled alien temple, Han, Chewbacca, Leia, and their daring new comrade confront one ambush, double cross, and firestorm after another as they try to keep crucial intel out of Imperial hands.

But even with the crack support of Luke Skywalker’s X-Wing squadron, the Alliance heroes may be hopelessly outgunned in their final battle for the highest of stakes: the power to liberate the galaxy from tyranny or ensure the Empire’s reign of darkness forever.

As someone who was raised and grazed on Brian Daley’s original Han Solo trilogy back in the late 70’s and early 80’s, this book was eagerly awaited and – thankfully – the title didn’t disappoint. In the same manner that Martha Wells Razor’s Edge brought a gun-ho, simpler (and I mean that in the best way) spirit back to the original trilogy characters, this does much the same, eschewing the Force entirely and blasting us with vigour and sass into a classic Solo adventure with new characters that delight. We’re thrown quickly into the plot as Solo is sent to retrieve rebel agent Scarlet Hark (a great addition to Star Wars, let’s hope we see more of her) but manages to unveil a wider threat with the potential to endanger the entire galaxy. Sound like Star Wars? Yep, it does, and it feels like Star Wars too as the writing duo of Daniel Abraham and Ty Franck – better known to us as James S. A. Corey – captures the style of the A New Hope era fantastically well. It’s fun, fast and importantly, it flows like Ebla Beer. 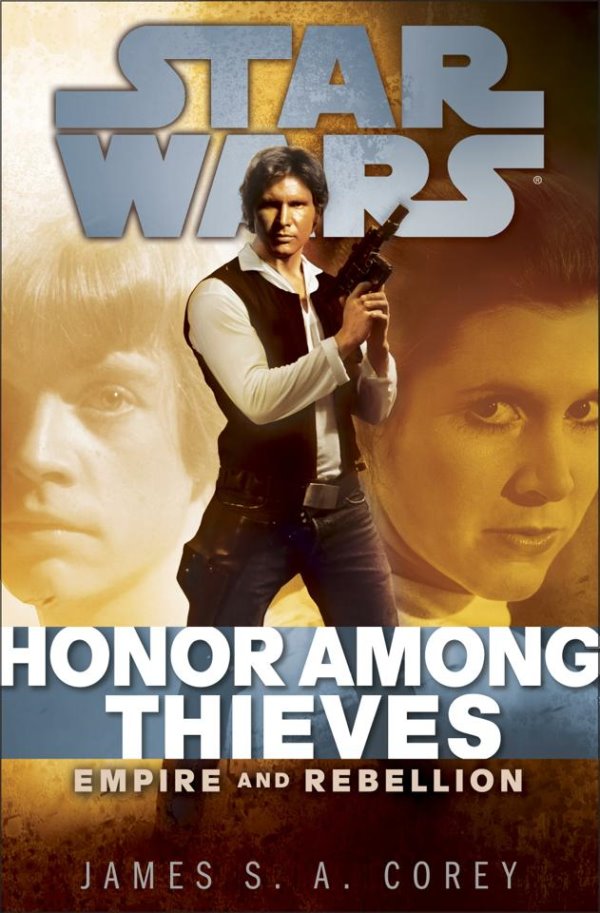 And in an era where the reboot button doesn’t feel a million parsecs away, this novel requires very little prior knowledge of previous events outside of the first movie. Set after the Battle of Yavin, it has parallels with Daley’s trilogy and I’d be interested to know if that was a conscious choice by Abraham and Franck or a specific request from Lucasfilm and Del Rey. Whoever made the call, it’s a good one as Solo meets new characters (Hark) and past associates (Baasen Ray, a smuggler from Han’s past who’s not made the choices Solo has, turning very different corners) and we are able to stay right in the moment without the sometimes troublesome feeling that we should know a lot more about what we’re reading than we do.

And Solo himself, he’s definitely much more the space pirate we know from A New Hope than the far more open character of Empire. Again, much like Daley’s novels he has an ‘edge’, a hardness and a casual reaction to violence that over time is tempered by his associations with Leia and the Rebellion. This Solo shot first for sure, and that’s the Solo I certainly grew up with. Without this iteration of Han Solo, his story arc through the Original Trilogy is vastly diminished. 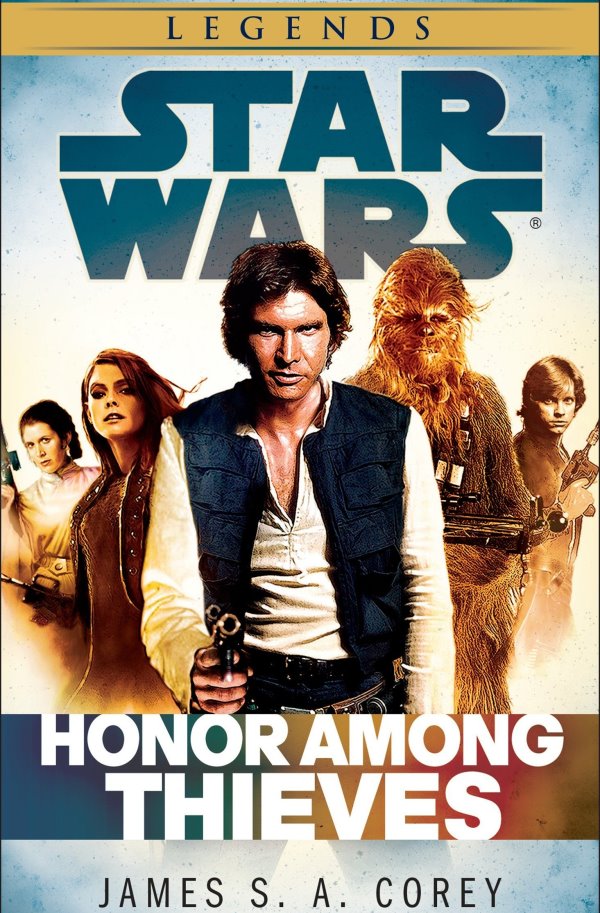 Leia features in the story, although obviously not as strongly as she is in Razor’s Edge, and the banter between her and Han is barbed but largely without any of the growing attraction we see by the time of Empire. That’s fine, plenty of time for that to develop, but again it’s another great piece of characterisation by the writers. Chewie is, as ever, the loyal and steadfast ally we know and love but Luke and Wedge barely get a look-in, although the Luke novel coming later this year seems set to feature him and Wedge heavily, so that’s certainly something to look forward to.

It’s a quick and breezy 247 pages, but it’s 247 pages that absolutely capture the magic of Star Wars and the era it’s aiming for. If Abraham and Franck don’t get another bite at the cherry I’d be gobsmacked, as they have concocted a pitch-perfect snapshot of the post-Yavin era in terms of story, plot and most vitally characterisation. More please.