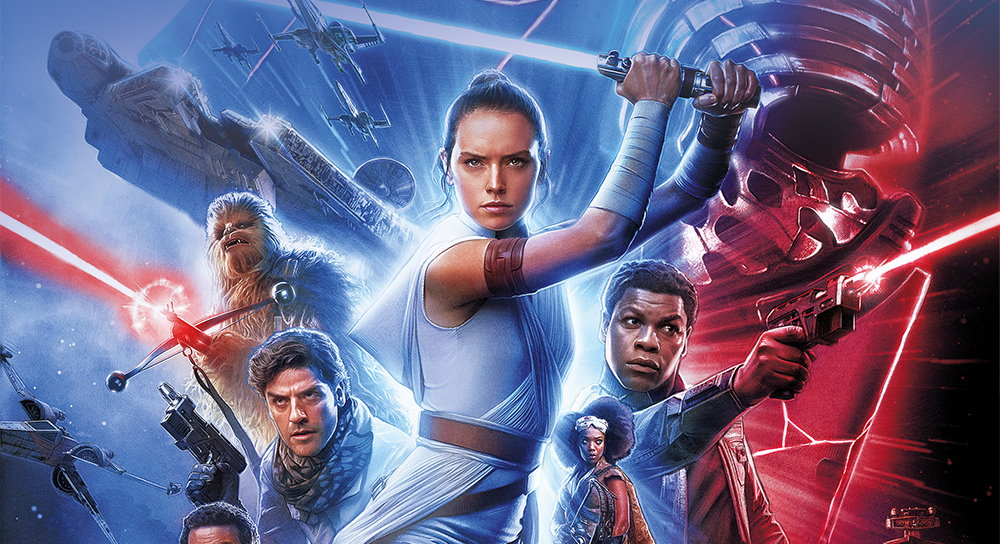 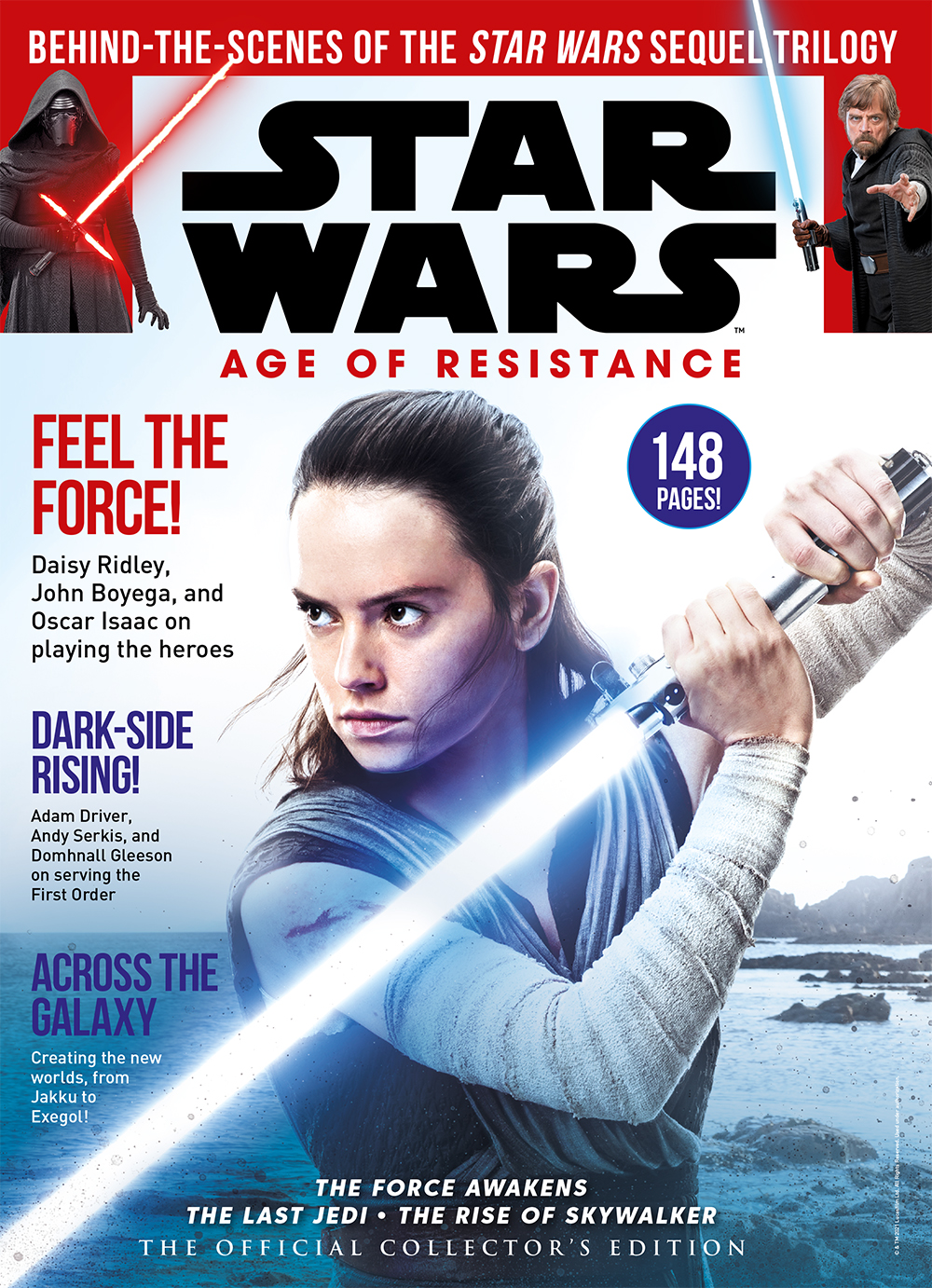 An all-new hardback deluxe magazine, detailing the making of The Force Awakens, The Last Jedi, and The Rise of Skywalker.

With exclusive interviews with the cast and crew that brought you the story of Rey, Finn and Poe, and their struggle against Kylo Ren and the dark forces of the First Order, this is the first book to chronicle the making of a beloved trilogy of smash-hits that brought the epic Skywalker saga to its conclusion.

Featuring stunning photography and production art, this indispensable souvenir edition is essential for all fans.

With the nine movie sequence now complete, the story of the galaxy’s rise and fall from Repubic to Empire, New Republic to First Order and back again can now be told, and who better than the makers of the official magazine to detail that rollercoaster through the eyes of galactic history and the earth-based artisans who brought the films to life.

Kicking off with a look at the in-universe timeline of events, we start with the rise of the dark side and the invasion of Naboo 32 years before Yavin and run through the key moments that led to the fall of the eons old Republic and the annihilation of the Jedi Order. The rise to prominence of the Chosen One Anakin Skywalker and his gradual seduction to the dark side by sith ruler Palpatine, the undermining of the Jedi as the galaxy changes around them and onwards, through the victory at Yavin, defeat at Hoth and triple success at Endor and beyond; the Force awakens on Jakku as a dyad is forged, the nephew of the greatest living Jedi turned to the dark as a young scavenger from nowhere tips the scales back into balance. It took 42 years to tell the story – and it will never truly be complete, now we have a glut of new film and TV shows adding detail and insight to the saga – but the Skywalker Saga begun by George Lucas way back in 1977 is at an end.

Turning its eye to the characters of the story, the focus of the magazine shifts to the sequel trilogy as we begin with The Force Awakens and delve into the primary characters, starting with Rey and rolling through characters new – Finn, Poe, BB-8 – and old friends including Han Solo and Leia Organa. We speak with actors like Daisy Ridley, the writers including Lawrence Kasdan, giving fascinating information as ever and the propmasters, creature makers and performers who have all become an integral part of the wider Star Wars story.

The Last Jedi looks at Luke Skywalker in his isolation on Ahch-To and glides its eye across the opulence of Canto Bight, all accompanied by lavish images and concept pieces. A look at the creation of the First Orders mobile capital the Supremacy shows a variety of design options, an early sketch of Finn in his bacta suit shows a wheeled contraption holding his bacta tubes, all roads not quite taken, and fascinating for it.

Naturally there’s far more material on The Force Awakens than The Last Jedi or The Rise of Skywalker, which has been somewhat hampered by the shift in focus away from the saga and onto television and the global pandemic which slowed the release schedule of the magazine significantly, but that doesn’t affect the quality of the content we’re treated to. Adam Driver explains how the role of Kylo stretched his acting abilities while Domhnall Gleeson looks at the fall of Hux and his loss of influence in the First Order. No major name is ignored.

As always, Titan have brought together an attractive, easy on the eye journey through the saga, it’s primary focus being the recently completed sequel trilogy and it’s cast and crew. Over the coming years Star Wars Insider will continue to talk to the creatives behind the series, adding extra layers to the insight here, and that’s as it’s always been. The further we get from the making of the films the more we learn, and you can add releases like Age of Resistance to a must-have list of books and magazines that compile and enhance our understanding of their creation.

Star Wars: The Age Of Resistance The Official Collector's Edition Book
$21.90
Buy on Amazon This is a paid link. Learn More. Clicking the link may take you to the Amazon store servicing your country Price incl. tax, excl. shipping.  Details correct as at: 2021-04-17