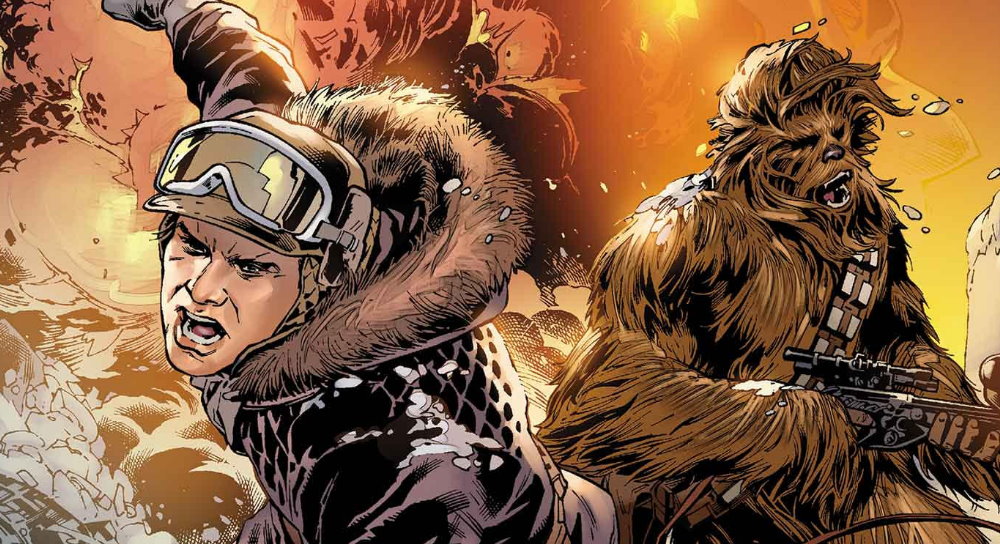 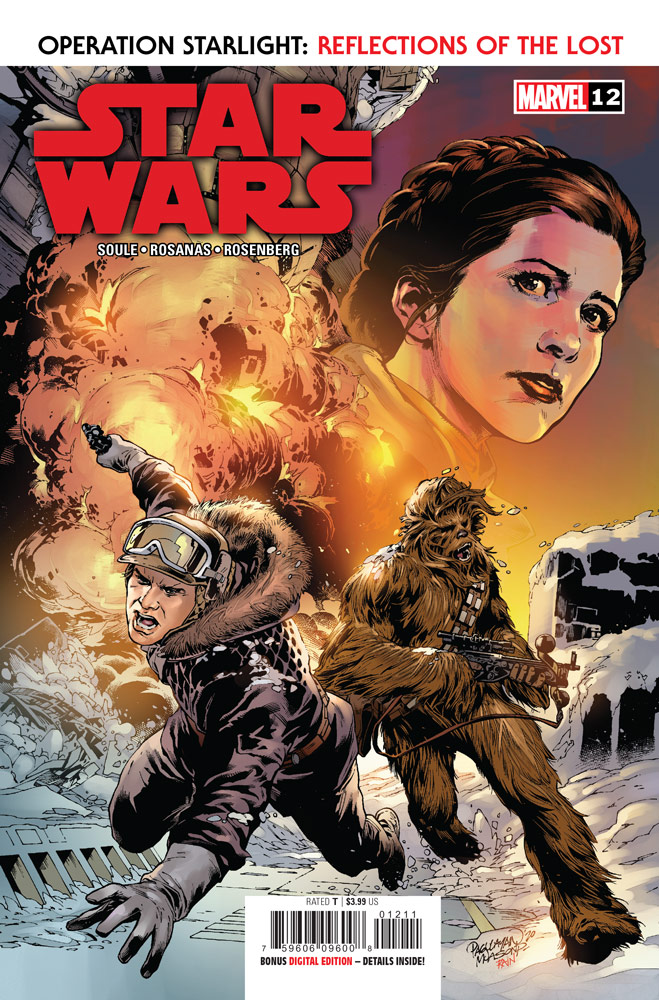 Commander Zahra, eager to destroy the scattered rebel fleet, sprung a trap that cost the squadron their leader, Shara Bey.

The rest of Starlight escaped with their lives, carrying crucial Imperial data that could give the Rebellion the edge they need to finally defeat the Empire….

We kick off the issue with a visibly worried Commander Kes Dameron, fearful for his missing wife Shara and a pensive Leia – wearing garb reminiscent of her outfit in The Force Awakens – staring out of a wide window upon what remains of the fourth and seventh divisions of the fleet, thinking of her lost love Han Solo. Kes enters the room and together they discuss Shara and how Kes is a ground-pounder and how he talks to a holo of his son Poe when things get tough. Leia asks how Kes and Shara met, and into the past we go – seven years and two months to be precise – to Galator III, where celebrating a friends betrohal he gambled the last of his money away betting on a crestriders race, swoops blasting across a narrow water course towards a bottleneck finish. That racer was Shara, and after the race they met, shared a drink and seven years later were married with a young child.

Kes asks Leia about Han, and she tells her own story, of the ice planet Hoth and how the Echo Base heating system failed, meaning all crew had to get aboard ships for warmth. Upon learning that the reactor keeping the base warm was from a rewired YT-2600, Solo offered to use a spare he had on the Falcon and together he left with Chewie to fix the system. The cold only meant the reactor would break faster, so they ignite fuel on the floor to raise the temperature, giving themselves time to fix it, but worried they will fail Han orders Leia and the rest of the vessels to leave Hoth and get to a safe distance. Of course, Solo and Chewie fix the reactor and the fleet were safe to return and continue to use Echo Base, and as Leia explains to Kes why she loves Solo she gives one of the best summarisations of the smuggler that’s likely ever been laid down.

“Han Solo’s a smuggler because he likes it, but he’s a Rebel because he’s Han Solo.”

I absolutely adore that. Despite repeatedly referring to him as half-useless, Leia admires his determination and belief in the cause. If he didn’t believe in what the Rebellion were striving to achieve, that selfish, look after number one mentality of a smuggler would kick in and he would leave with Chewie and the Falcon, but he stays and that not only inspires the other Rebels – who all have to listen to his constant grumbling – but Leia as well. A beautifully observed moment.

Thankfully, the fleet make contact with Shara, holed up on the enormous city-sized ISD Tarkin’s Will, and after speaking to her relieved husband debriefs Leia on her efforts which include hacking into the Imperial network and divining useful information while waiting to be picked up. “Hope’s never wasted” Leia tells Kes, pausing to think of her ‘beautiful disaster’ Han Solo before she takes the call from Shara.

As the issue began and we dropped into the past I was very much expecting a filler issue, something these long storylines occasionally require, but while being light on action issue 12 gave us some gems, the aforementioned summary of why Han Solo is a Rebel being foremost amongst them. That the tale is brought to us by the stunning work of Jan Bazaldua, known for her work on Avengers, X-Force, Amazing Spider-Man and more, just adds to the ‘moment’. No surprise here, Charles Soule manages to hit the nail squarely on the head; there are times when the plot could easily swing too far from what we feel we ‘know’ – hey, we’ve walked this road numerous times before in the EU and Legends, it’s a familiar era thanks to the original Marvel run and the novels of the 90’s – but Soule always manages to deftly steer it back on track, and that’s the highest compliment I can think of. For many fans, that run from Empire to Jedi is peak Star Wars; when it’s done right, it’s deeply satisfying.

We may be in an era where references to newer stories need to be dropped in constantly (for example, the phrase ‘by the light’ would likely have been ‘thank for Force’ a few years back) and the current run will shoehorn in The High Republic, sequel trilogy and Galaxy’s Edge nods, but all this does is highlight the determination to make this as consistent a galaxy as possible. In that arena, issue 12 is a standout. Bucket nod to all involved.