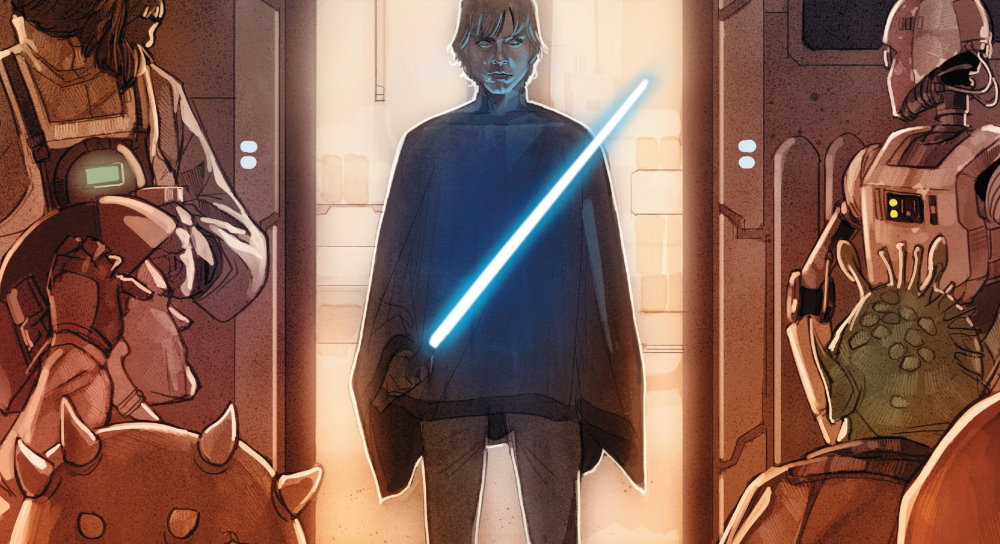 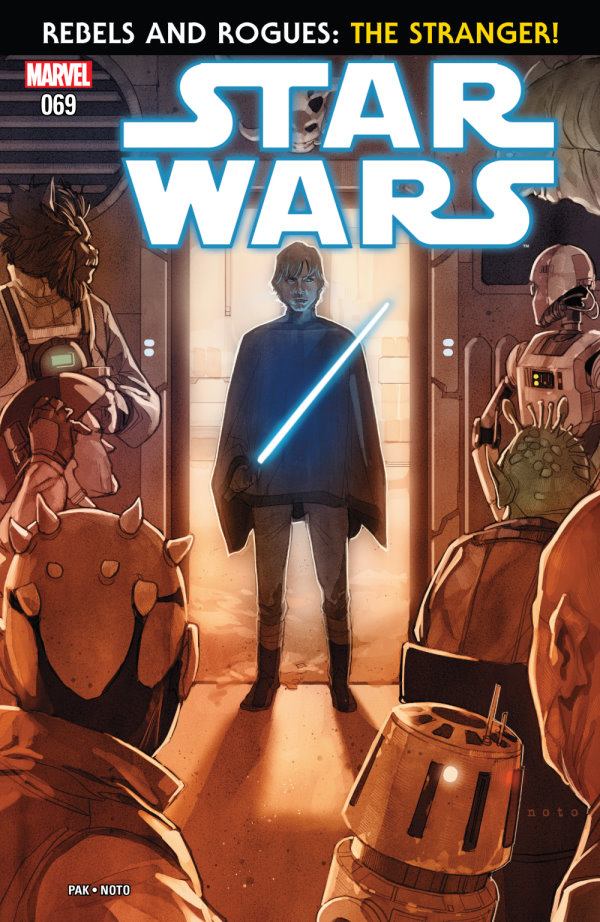 The evil Empire has dispatched countless probes to scour the cosmos in the hope of finding the Rebel Alliance. In response, the rebels have enacted a daring plan!

While Luke Skywalker attempts to lead the Empire away from a rebel refueling station, Princess Leia Organa and smuggler Han Solo have been sent to the planet Lanz Carpo to destroy their enemies in the Carpo Crime Syndicate by convincing the Empire of collusion between the gang and the Rebellion.

Meanwhile, Chewbacca and C-3PO were armed with explosives to set off a chain reaction that would destroy the uninhabited planet of K43—taking any nearby Star Destroyers with it. But K43 isn’t as deserted as Chewie and C-3PO thought! And an old flame from Leia’s past may complicate matters on Lanz Carpo….

The second chapter in Greg Pak’s first storyline is clear evidence that the series is in good hands. The issue opens with Leia and Han, having just witnessed the derring-do of their contact, Dar Champion. Despite being Princess Leia’s former beau, there is a matter of distrust much like Han’s feelings toward Lando in The Empire Strikes Back. Whether this suspicion will come to fruition, we have yet to see. It certainly appears that they travel deeper into life on Lanz Carpo, the level of intrigue elevates. 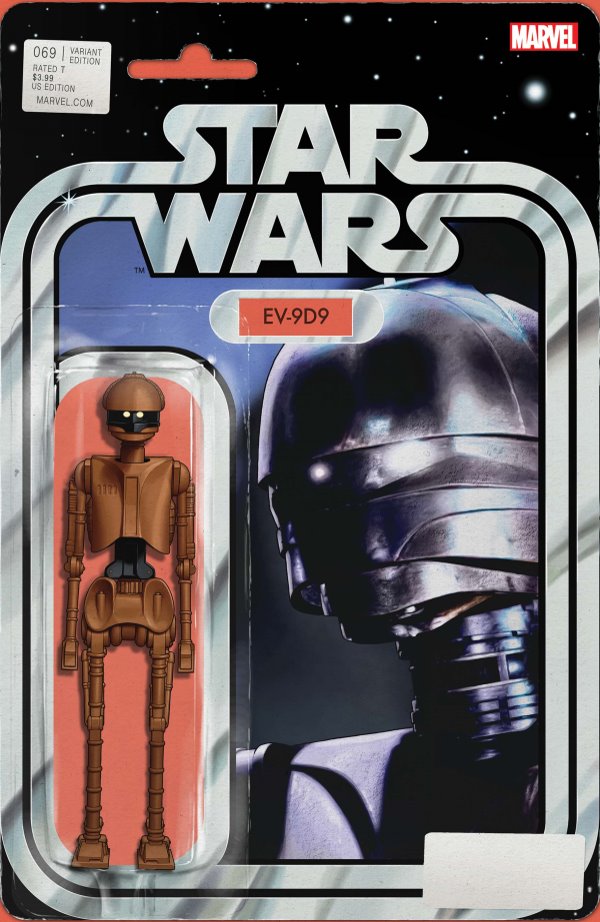 Meanwhile, Luke Skywalker is moving forward with is mission of distraction and is hunting the probe droids the Empire has dispatched to the planet. His pursuit leads him to an unlikely place to find them…a bar. Following a moment of chivalry, Luke finds himself mixed up with a person who reveals they have a unique “sensitivity” to a particularly familiar field that surrounds, penetrates, and binds.

C-3P0 and Chewbacca are faced with the dilemma of completing their mission without question or facing the moral and ethical repercussions of destroying an entire race of beings. It is unfortunate that the aliens speak the one language outside of the 6 million the droid is familiar with. As a result, their intentions are lost in translation and the pair find themselves increasingly incongruent with their mission objectives.

Greg Pak is creating a mosaic by casting multiple storylines. We’re only two issues into the arc but each one is measured perfectly, keeping the reader interested, and looking forward to the next issue. A common problem among long running series is the story begins to stagnate. Marvel has prevented this with Star Wars by regularly introducing new and innovative writers. Now, we have more Star Wars than we can ever imagined so it is challenging to prevent the franchise from entering a quagmire or redundancy. It is great to see writers like Greg Pak and the accompanying artists keeping the series from sinking. 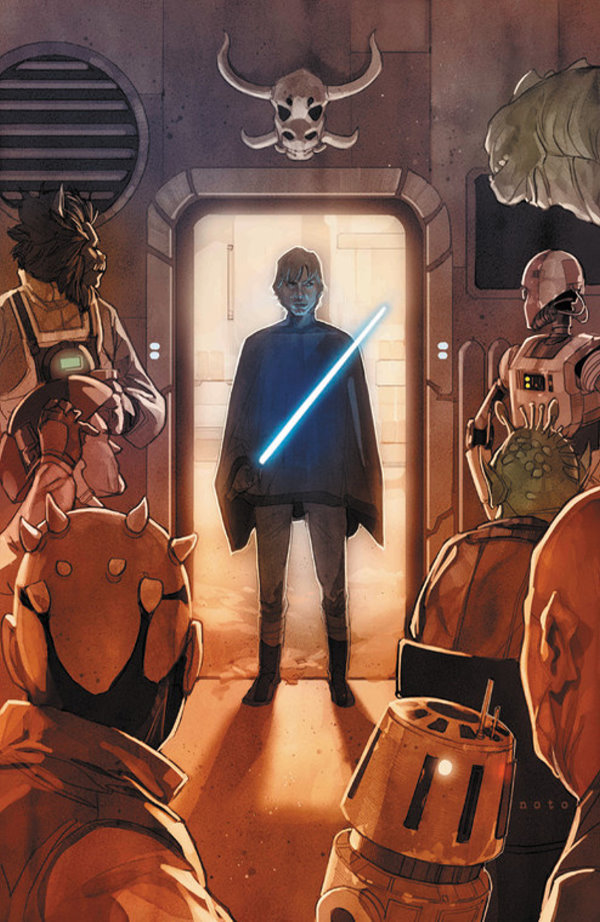 Phil Noto’s subtle approach to ambience is another distinguishing element from GURU-eFX’s style. The latter paints an environment which throbs and pulses with the action. GURU-eFX’s manner was a perfect match for the entire Shu-Torun saga. Noto has a subtle and crisp effect which captures each setting with clarity but with no loss in the intensity of the action. It will be interesting to watch how Noto’s artistry pairs with the developing story.

There are three covers for this issue. Phil Noto the main cover with and the untitled main cover variant. John Tyler Christopher offers another action figure to the collection featuring the droid, EV-9D9, from the bowels of Jabba’s Palace.

Overall, the “Rebels and Rogues” story is tracking to be an excellent chapter in the ongoing series. It continues to maintain the status of my most anticipated title for each month. The new issue comes out on Wednesday, August 7th.