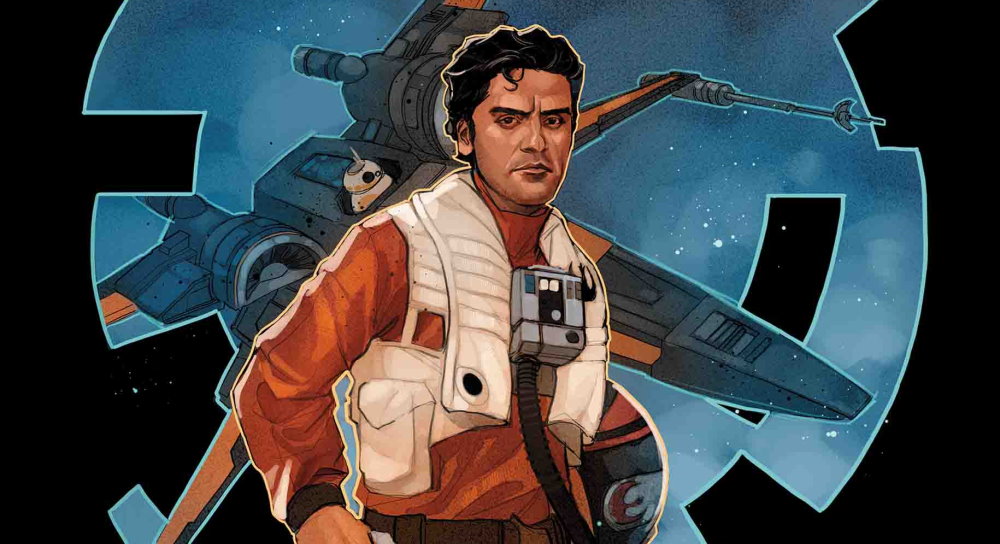 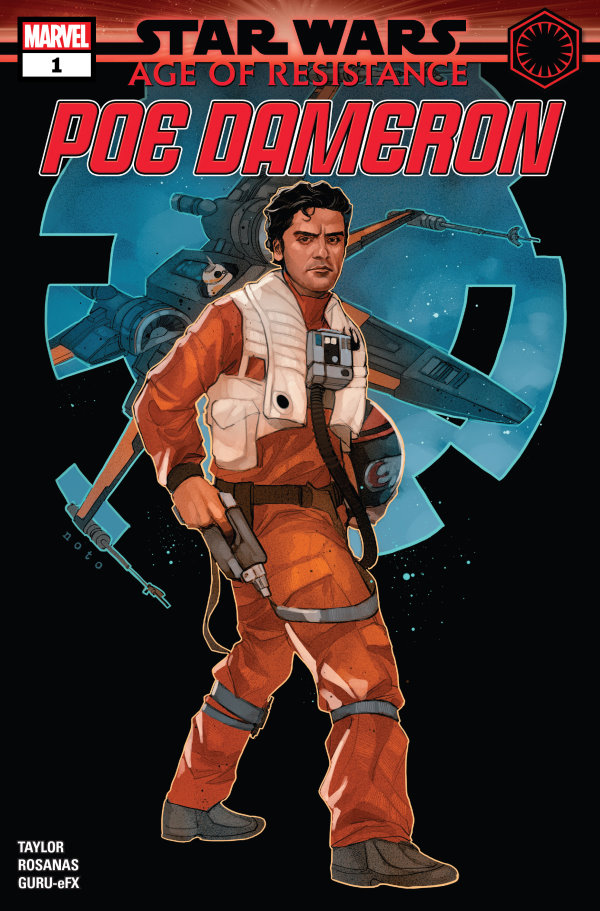 Poe Dameron was born to fly among the stars.

There’s no one better behind the yoke of an X-wing starfighter, and the young pilot is doing his best to help the New Republic maintain peace in the galaxy after the fall of the evil Empire.

But does Poe’s destiny truly lie with the Republic….

While The Force Awakens made it clear that Poe Dameron was the best pilot we’d seen behind the stick of a starfighter since Luke Skywalker, The Last Jedi tempered that by highlighting his unwillingness to follow direct orders. While the audacious destruction of the Siege Dreadnought Fulminatrix during the evacuation of D’Qar was no doubt a stunning strike against the First Order, General Organa’s disappointment – displayed by a sharp slap to the face which highlighted their familiarity as much as her anger – showed just how much trust and time she had invested in Dameron. Resistance leadership may well be in his future, but as this issue of Age of Resistance shows, ignoring orders was also very much a part of his past.

We join Poe earlier in his career as a member of the New Republic Defence Force’s Rapier Squadron as he and his squadron blast off the New Republic Brookdion Station to chase down a mystery vessel that’s stolen the head of a protocol droid, loaded with years worth of private military conversations.

There’s no surprise that Commander Dameron would be the one to dive into the fray, but a neat twist – fully revealed on the issues final page – explains another element from the opening of The Last Jedi. Poe’s stalling of General Hux (or ‘tooling with’ as we should say) – in the same manner of Poe trying to throw Kylo Ren off in the Jakku village at the start of The Force Awakens – is explained here as the mystery ship does exactly the same to Poe, stalling for time as they repair their damaged propulsion system and head into a dangerous asteroid field.

At every step, while we know the Poe we know from the sequel trilogy is ready to fly off and dive into danger, this Poe hasn’t yet seen enough of the galaxy to be savvy to deception and as he launches into the asteroid field following the ship, his curiosity gets the better of him despite new direct orders to destroy the ship.

Once inside the field, he dodges exogorths, battles gasses that dampen his sensors (and his co-pilot BB-8) and outwits automated flying mines with the assistance of the mystery ship. But why? That’s revealed in the final two pages as they leave the field, when the vessel takes out Poe’s engine leaving him stranded and the final splash page explains why the pilot of the ship was so proficient and the maneuvers so daring as we see Nien Nunb behind the yoke and Vice Admiral Holdo commanding.

With tody art by Ramon Rosanas and colours by GURU-eFX, the story by Tom Taylor flies along largely on the charm of the Dameron character – we know that whatever is put in front of him, he’ll try to find a way to blow it up – and the neat revelation of Holdo being in command of the other vessel, already building the Resistance against the First Order in the face of an inactive New Republic, as blind to the darkness of the First Order as the Jedi were to the rise of the Sith a generation before. It adds depth to his development, and to the relationship between Holdo and Dameron, and in a subtle enough way so’s not to be too on-the-nose. Good work.