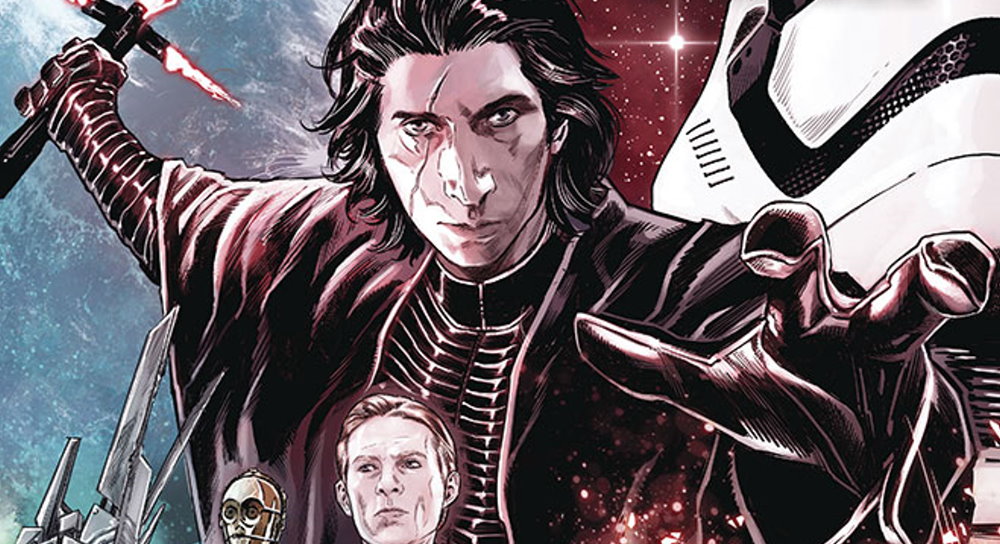 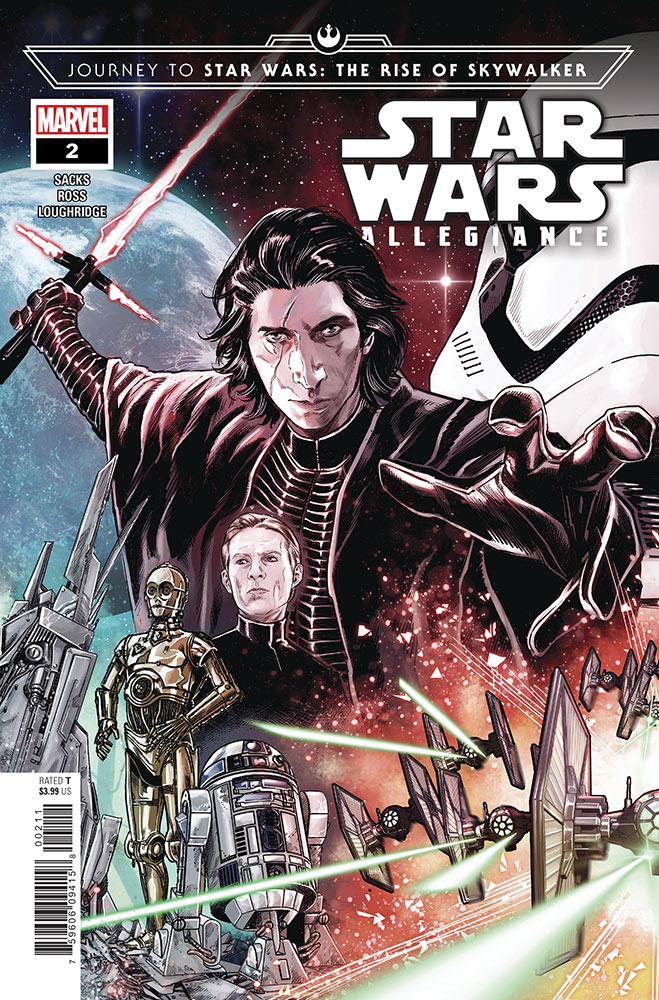 Supreme Leader Kylo Ren leads the evil First Order in hunting what little remains of the valiant Resistance. Desperate for aid, General Leia Organa has taken Rey and Rose Tico to Mon Cala, where they seek the help of its inhabitants, the Quarren and Mon Calamari.

Meanwhile, Finn and Poe Dameron plan to raid a lost weapons depot from an abandoned Republic base. That ordnance could be the spark that reignites the flame of rebellion. However, their efforts may be in vain as they’re tracked by a trio of bounty hunters—one of which is a villainous shape-shifter!

Arriving at Mon Cala’s capital, Dac City, Leia and Rey hope to negotiate an alliance, adding Mon Calamari ships to the Resistance’s armada. Expecting to be welcomed with open arms, our heroes were shocked to be greeted at gunpoint by the city’s amphibious inhabitants!

As the first issue ended and Leia and the Resistance crew landed to a less than warm welcome on Mon Cala it’s little surprise that the second issue continues that moment as their fractious arrival sizzles into a face-off until one of the new characters from The Rise of Skywalker – Aftab Ackbar, son of the late Admiral – arrives to diffuse the situation and take Leia to the Mourning Shrines where they remember the Rebel and Resistance legend.

While they remember, nearby is a sub containing Rose, Chewie, Threepio and Rey, and it’s Rey who feels like the oddity here. In the first issue she was strangely combative, perhaps a hangover from her bad mood in The Last Jedi, and again she is snapping here, grumbling about being away from the fight (Rise appears to contradict this, showing Poe’s frustrations that she has been training on Ajan Kloss away from the fight when she is needed on the front line) and digging at Threepio. Nothing too distracting, it just feels slightly out of character for her.

Here we start galaxy hopping, across to the Moons of Avedot where Finn and Poe are looking for the hidden cache of weapons while being tracked by the bounty hunters who were following them in the opening issue, and then step across to the iconic shipyards of Fondor (first mentioned in 1981 in the Archie Goodwin and Al Williamson Los Angeles Times Syndicate, history buffs) where Kylo Ren deals a harsh lesson to the commander of the shipyards, taking the independent base for the First Order before we swing back to the north-east Outer Rim and Mon Cala where Leia is given an audience with the Mon Cal king, pleading them to help the Resistance. Years of oppression at the hands of the Empire means they are less than willing to help.

We’re really skipping around as we head back to Avedot as the bounty hunters make their move and tell Finn he is their target….and back to Mon Cala as the Quarren contingent decide that the longer Leia and co are on the planet, the more at risk they are, so decide to ‘persuade’ them to leave. Rey – still in a bad mood, which is noted by Rose – takes on a number of Quarren as Chewie bumps heads together, Rose uses her taser and chaos ensues while the Quarren general secretly contacts General Hux.

It’s a solid enough second issue, and one that skips the length and breadth of the galaxy (which is good), but there’s something just a little off about it all, and not just the depiction of Rey. There are satisfying moments – Fondor, the Mon Cal king, the snowspeeder (air speeder most likely) on Avedot – and the thought that Ackbar is honoured and remembered more here than in the film where he met his demise, but all in all it’s just there.

The artwork is as great as ever from Luke Ross, and Ethan Sacks gives us some great lines (“Threepio, old friend, were you ever encouraged about politics? I certainly haven’t been, and I’ve been a politician all my life”) but hopefully the third issue steps it up again to the level of the opening issue.

JOURNEY STAR WARS RISE SKYWALKER ALLEGIANCE #2 STNDRD
$11.04
Buy on Amazon This is a paid link. Learn More. Clicking the link may take you to the Amazon store servicing your country Price incl. tax, excl. shipping.  Details correct as at: 2021-05-13