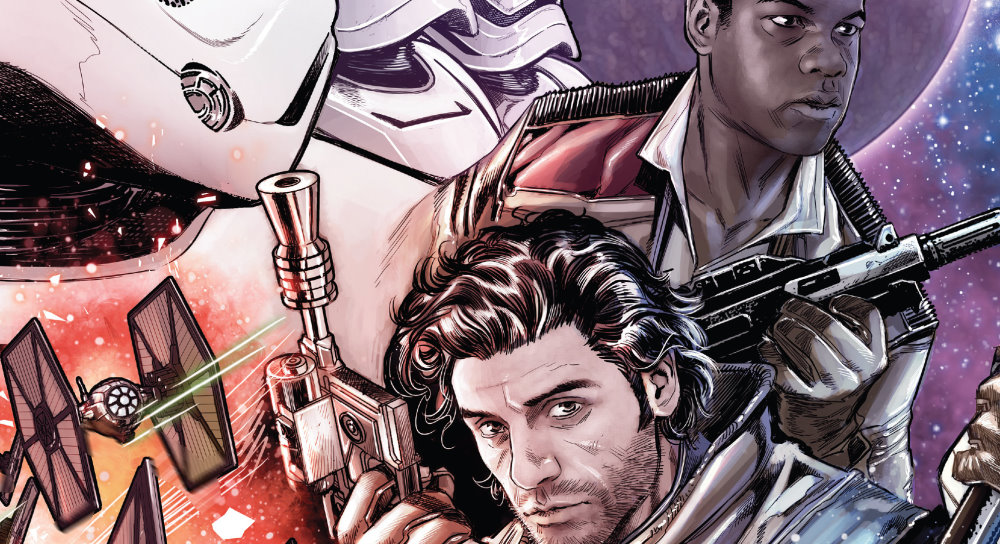 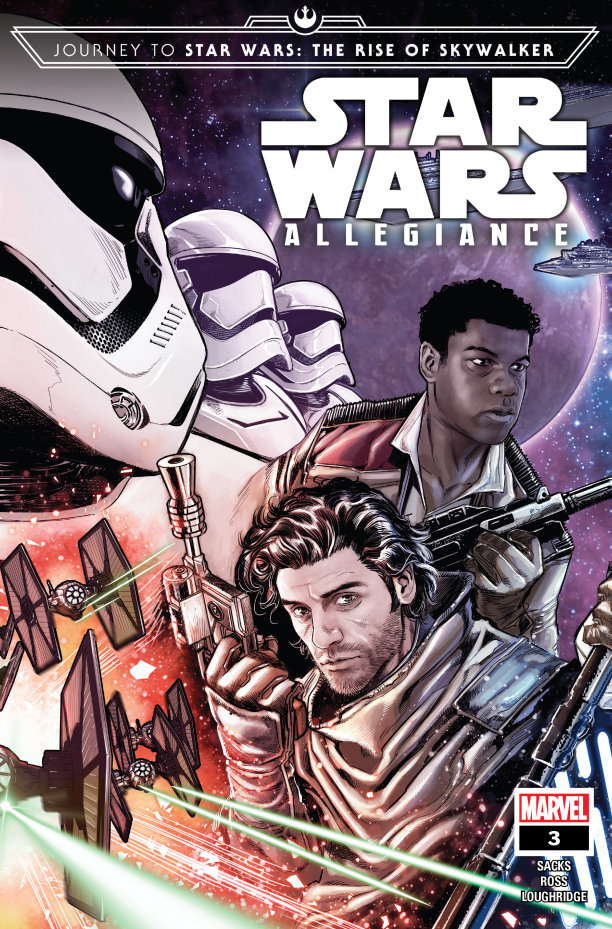 JOURNEY TO STAR WARS: THE RISE OF SKYWALKER – ALLEGIANCE
Part III DARK SIDE OF THE MOON

General Leia Organa has traveled to Mon Cala to find aid for the Resistance’s fight against the evil First Order. Unfortunately for her, a Quarren adviser named Chadkol Gee spoke out against them, favoring an isolationist policy following the death of his family at the hands of the Empire.

While on their mission to recover lost ordnance, Finn and Poe Dameron were attacked by a band of ruthless bounty hunters. Separated from Poe in the initial ambush, Finn now finds himself trapped in his ship on the Moon of Avedot.

Back on Mon Cala, tensions boiled over when Rey and Rose were attacked by Quarren on the streets of Dac City. Meanwhile, Chadkol Gee concocted a devious plot to get rid of Leia and her Resistance fighters—by offering their location to the First Order….

We head back under the sea as Leia and her team tread (water) cautiously as they attempt to bring the Mon Calamari back onside in their battle against the First Order, but as always that’s not going to be as easy as hoped. There’s a lot of history here, and while King Ech-Char clearly respects Leia, there are old wounds to consider and fresh (water) ideas. That said, when Rey is in such an irritable and combative mood, quickly accepting an ancient rite of challenge that hasn’t been invoked for centuries (convenient) then Leia has more to deal with than she would like.

Heading across the galaxy to the Moon of Avedot, Finn and Poe are equally up against it as the bounty hunters are about to break through the door to take FN-2187 into custody. Finn convinces Poe that he should leave with the much-needed weapons and come back for Finn, but a botched escape sends Finn into the arms of the shape-shifter Remex who quickly turns into a Lasat and a wookiee before Wooro enters the room.

Back to Mon Cala in the eastern Outer Rim and the Sacred Arena of Salka’a as Rey battles the war droid of the Quarren General, which gains the upper hand until Rose intercedes, destroying the droid. That breaks the rules of combat and they are ordered to leave Mon Cala as we head back to Avedot and Poe escaping while Finn faces down the muscle, attacking him with a harpoon gun.

…and it’s back to Dac City on Mon Cala as our heroes leave, but not before their vessel is targeted and destroyed, cliffhangaring us into a 4th issue conclusion. It’s a patchy issue that galaxy hops, but not to any great effect as each team gets caught up in tricky situations but the plot has progressed very little indeed since the end of the second issue.

There is some sumptuous art on display from Luke Ross, especially in the sacred arena and the colouring by Lee Loughridge is impressive. Ethan Sacks captures the characters well, although again Rey seems unusually irritated and confrontational while Finn apparently owns a granite jaw, taking a hit from a seven foot tall wall of muscle, but they are minor gripes in what is a perfectly serviceable issue that, while barely progressing the plot, is an enjoyable enough read.