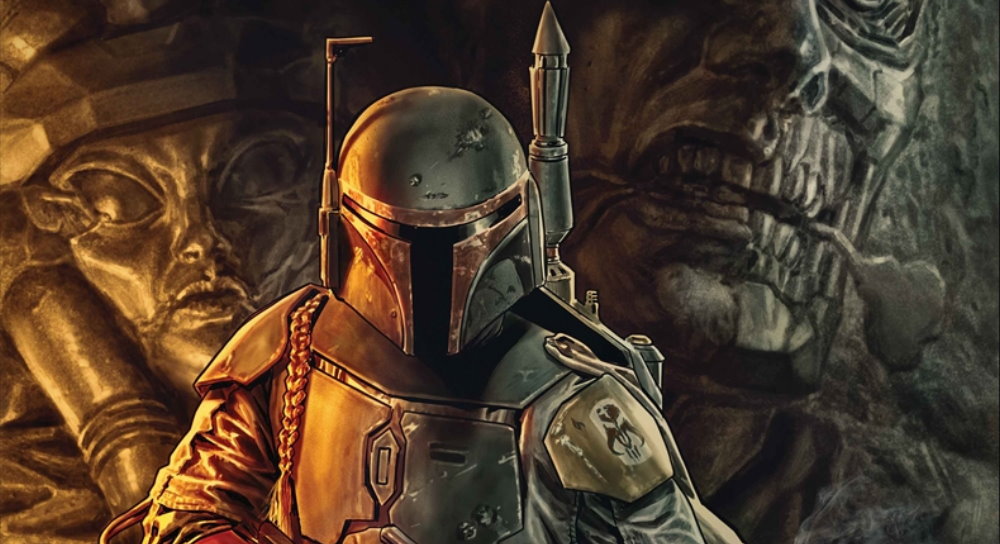 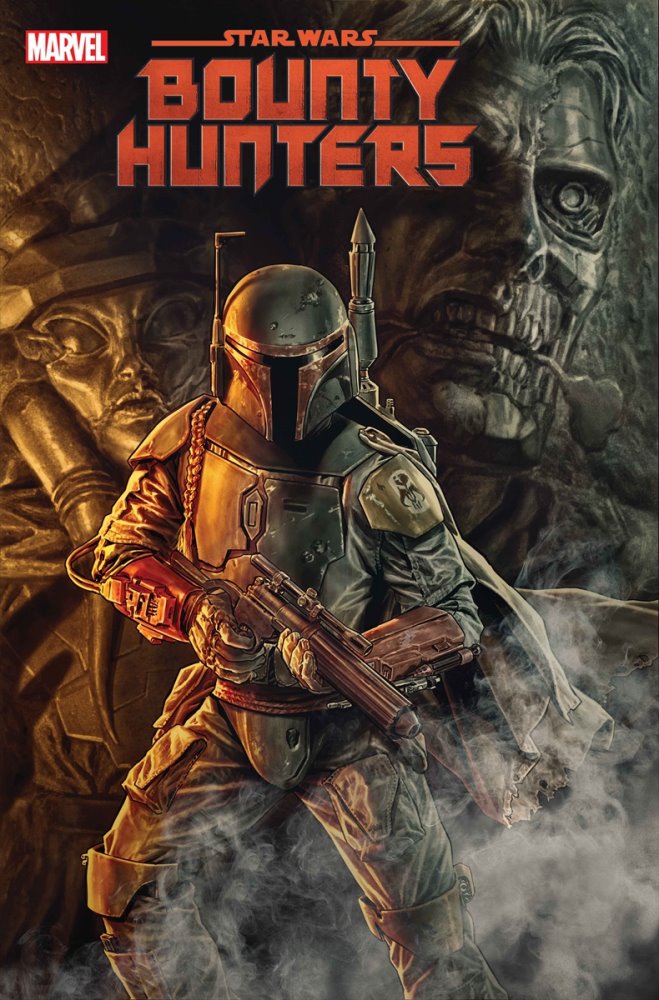 The High Cost of Revenge

Years later, Lash reemerged and the price on her head attracted hordes of hunters—including the remains of her old crew: the Trandoshan Bossk; Boba Fett; the human T’onga, whose brother, T’ongor, died as a result of Lash’s actions, and her cyborg protégé Valance, who T’onga ambushed and forced to help her find Lash.

Lash revealed that her old team had been hired to murder Krynthia, the heir to the Mourner’s Wail, who was pregnant with Khamus’ child. Lash instead escaped with the mortally wounded Krynthia and raised the child in secret, hoping to use her to end the violent syndicate war.

The truth caused T’onga to end her quest for vengeance. But Boba Fett is still out for blood….

We dive into the sixth issue of Bounty Hunters in the past on Glee Anselm, as a young Nakano Lash plays by the sea but quickly comes across trouble as she runs into an Anselmi Extremist who kills her family, leaving her an orphan. We quickly step back to the present where Boba Fett stands, unmoved by her determination to protect the orphaned girl Cadeliah and makes clear his intent to execute Lash, but not before Valance leaps to attack Fett in a double-page attack that sees the two go at it hammer and tong, throwing every trick in the book at their adversary. Fett comes out on top, and as Lash sends the girl away and faces Fett we step back in time once more to Corellia.

Here we see what the other hunters saw as Lash escapes with the girl after killing the heir to the Mourners Wail to protect her. Fett believes his only way out is to bring Lash in to the Mourners Wail, but a scuffle with Valance and the arrival of the angry members of the Unbroken Clan see Fett escape and Valance captured. Lash sees this, but her priority is the child, who she believes one day will unite the clans.

Back to the present as Fett hunts Lash down, blocking off the child’s escape and stopping only when Valance intercedes, to be flamed to the floor by Fett. He is about to finish the job when the Unbroken Clan arrive, finally tracking down Lash and attacking her ship as Fett makes a swift exit. Valance tries to free Lash, trapped in the crumbling wreckage of her ship, but his battle with Fett depleted his batteries and he’s unable to save her, his regret clearly evident. Aboard his ship Cadeliah waits, and as we watch Slave 1 escape she pilots Valance’s ship away from the explosion as the final page shows the reflection of Han Solo in his carbonite prison in the visor of Fett, and Valance promise to protect Cadeliah.

It’s another action-packed issue as we once again skip from past to present, the bitter legend of Lash softened somewhat by learning more about her own upbringing and the sacrifice she made to protect the child and stay on the run. Fett is at his Terminator best, not stopping for anything, locked into his own mission and stopping for nothing, certainly not Valance who gives as good as he gets. His reputation is his most potent weapon, and when that’s threatened he clearly puts as much effort into protecting it as he does in hunting hsi quarry.

Great art once again from Paolo Villanelli and a tight script that dips in and out of a past that only enhances the present by Ethan Sacks gives us yet another issue well worth the cover price.

Star Wars: Bounty Hunters Vol. 1: Galaxy's Deadliest
$16.19
Buy on Amazon This is a paid link. Learn More. Clicking the link may take you to the Amazon store servicing your country Price incl. tax, excl. shipping.  Details correct as at: 2021-02-28