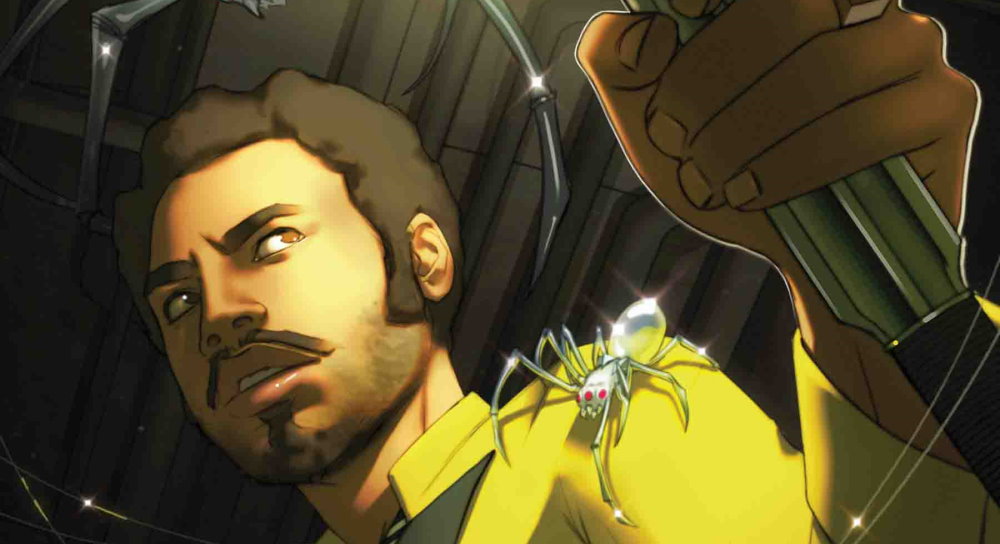 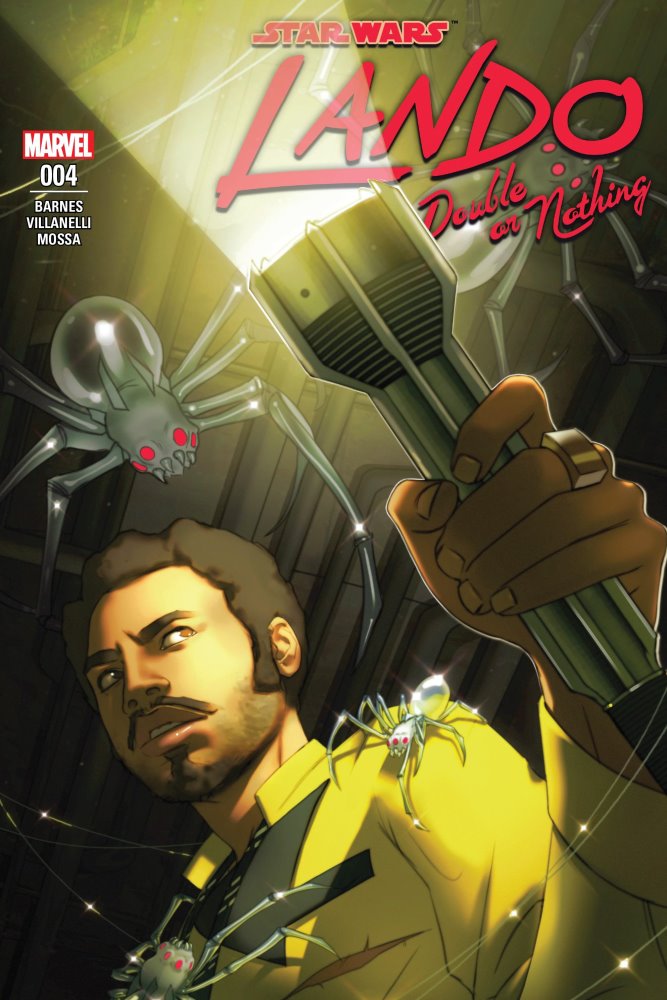 Star Wars Lando – Double or Nothing #4

LANDO Double or Nothing PART IV

Lando has escaped from the outlaws of Kullgroon’s wastelands after being captured while on a mission to smuggle weapons to the enslaved people of a Petrusian freedom fighter named Kristiss.

Kristiss, captured by Imperials, has been reunited with her father, Rythus, but they’ve failed to inspire open revolt among her comrades. Lando and his droid companion, L3-37, could be their only hope for liberation, but first they’ve got to lose the Imperial fighters on their tail….

As we reach the fourth issue of Double Or Nothing the action begins to kick in as Lando and L3-37 manage to evade their TIE Fighter pursuers, land on Kullgroon and find their captured payday, but once again the issue stalls with odd characterisations, contradictions and leaps of logic. With a fifth issue to go, it’s increasingly clear that this was, at best, a story better suited to an annual rather than a 5 part mini series. Disappointing, as Lando and L3 deserve far better.

If you take the story as being a chapter of the Calrissian Chronicles rather than watching Lando gather content for it, then the story makes more sense. Read through the vanity-tinted eyes of this iteration of Lando (not one I recognise) then it all makes sense. Take the captured Petrusians, who have made it clear that they have no stomach for battle or willingness to fight. A ‘tip your waiter, try the veal’ style speech from Lando and suddenly they are bearing arms and preparing to fight for their freedom….but not until the next issue. Again, 2 issues of content spread over 5 issues at best.

There are some neat character moments. While much of the L3 and Lando interaction doesn’t feel right, there are a few moments that harken back to Solo, and as such evoke all the goodwill that magnificent, underappreciated film deserves, only to chuck it away in the next frame. It’s frustrating to read back my review of the series so far and see such negativity (really not my usual style), because as a shorter tale in an IDW title, this would be fine; a throwaway Lando and L3 adventure that shows how self-involved he was at this time of his career, but as a more mature Marvel title it just doesn’t work. There’s no insight, no depth to the story or the characters and as such it delivers a perfunctory read.

Which is a huge shame as the artwork is dynamic, the colouring pleasing on the eye and in parts the plot and scripting is spot on. It’s the unevenness of the whole that lets it down, and as we head towards the fifth and final issue I have to wonder if there will be a pleasing sting in the tale or will it fizzle out into an adventure that really didn’t need telling.