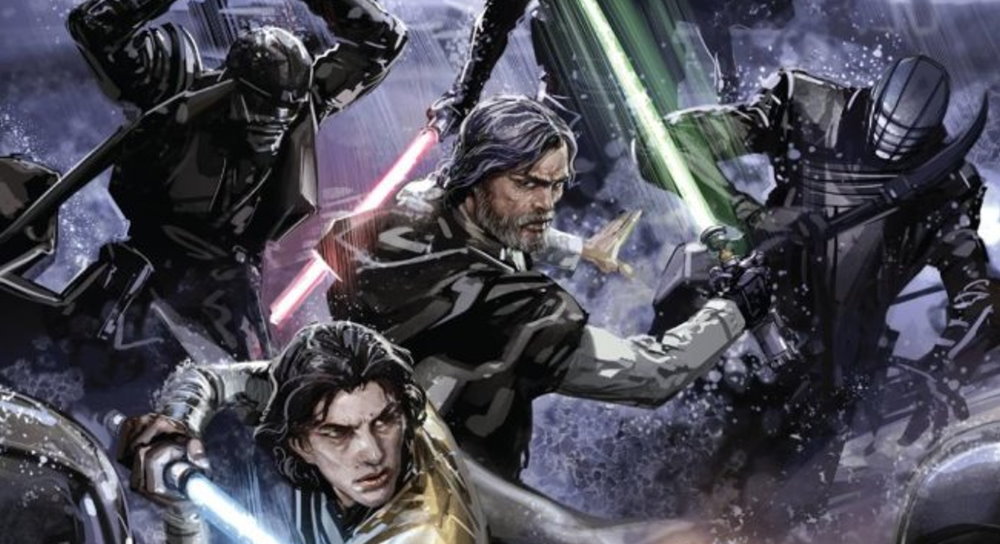 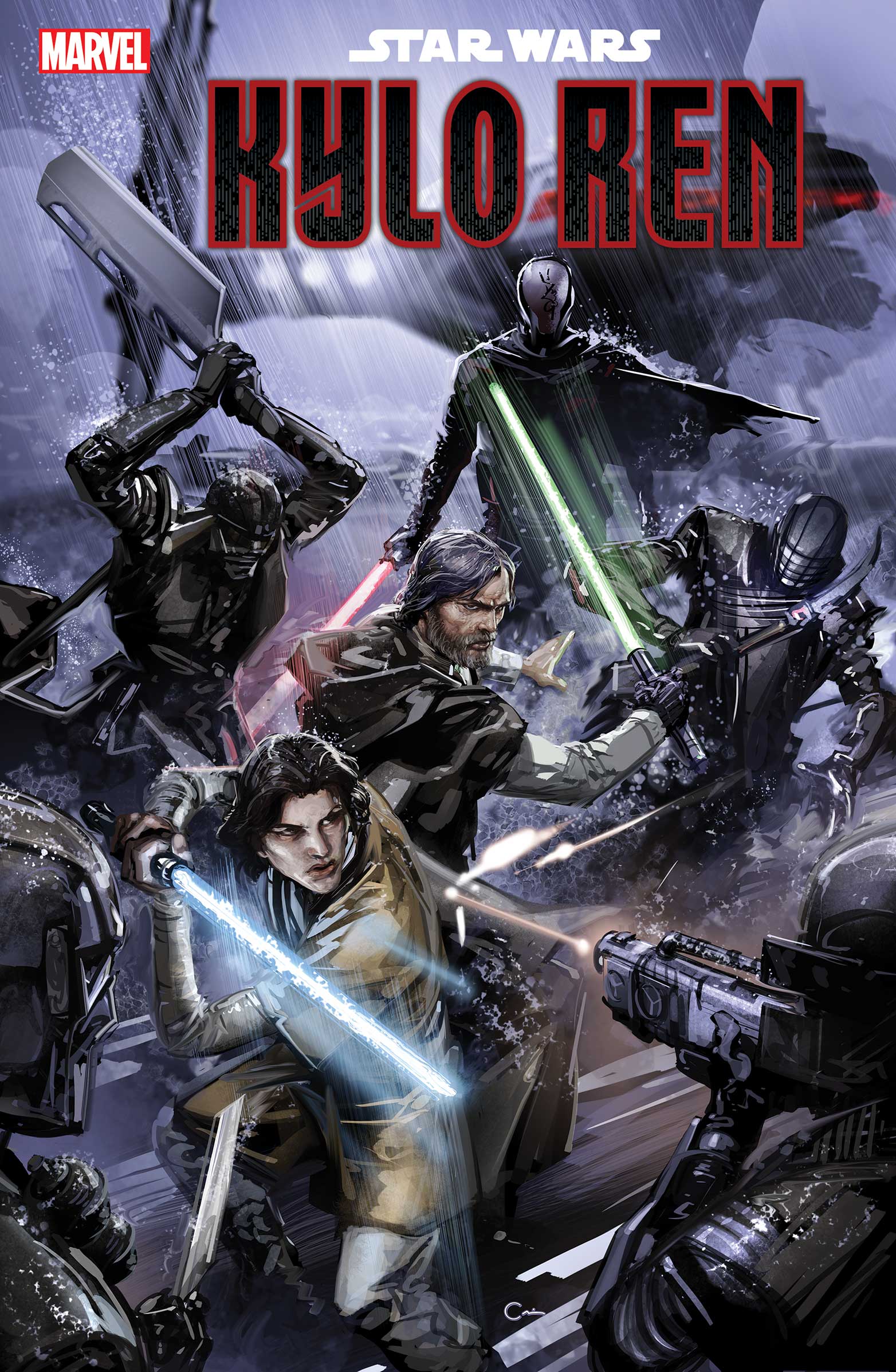 SNOKE SINKS HIS CLAWS IN! YOUNG BEN SOLO FACES THE KNIGHTS OF REN!

With the new jedi [sic] school in ruins and fellow students hot on his trail for the murder of their master, Ben Solo flees to the only friend he has left in the galaxy – a man named Snoke.

But Snoke has plans for Ben – and ideas about the Force that are as dangerous as they are intriguing for the troubled young Jedi. If Ben wishes to be truly free – the answers might lie with the dark side.

And with the Knights of Ren! But it won’t be the first time he’s tangled with the Knights. In the past, Jedi Master Luke Skywalker journeys to the Unknown Regions and brings young Ben along for the mission.

Can even Luke Skywalker stand against the fabled Knights of Ren?!

The sequel trilogy, as fun as it was, left a lot to be desired when trying to connect the dots between many of its key characters. Where did the relationship between Snoke and Kylo Ren begin, and where exactly did Luke Skywalker fit into the picture?

The four-part Marvel Comics series, The Rise of Kylo Ren, seeks to delve into the backstory of these three key characters. Chapter 2 kicks off where the first installment ended, with Ben Solo deep in conversation with Snoke. Snoke taunts the Jedi trainee. It is a confusing time for Ben Solo. He believes he is ‘a lie’, named after an elderly, long-dead Ben ‘Obi-Wan’ Kenobi. He hates that his father’s surname was created by an Imperial officer.

Ben and Snoke reflect on the time that he first met the Knights of Ren. We are then cast back many years to when Ben is a young Jedi trainee teenager on a mission with master Luke Skywalker and Lor San Tekka on their way to the planet Elphrona.

Ben’s devotion to his master is apparent, yet it is also being tested by a voice in his head. The voice of Snoke.

The temple on Elphrona contains many trinkets and treasures that could help Luke with passing on the Jedi lore, but just as our heroes start to look around, The Knights of Ren arrive, headed up by the mysterious masked Ren.

Following an exchange of words, Luke ignites his saber, and that’s when I felt a tinge of sadness. I felt cheated. Betrayed. This is the Luke Skywalker we should – and could – have seen in the sequel trilogy. The knights are swiftly dispatched but their charismatic leader Ren prevails. Sensing the conflict in Ben, Ren tosses his mask to the young Jedi.

We are brought back to the events that we’d seen earlier where the man who would become Kylo Ren dons the mask of Ren and connects with him just as his fellow padawans Voe, Hennix and Tai arrive to provide a gripping cliffhanger that leads into issue 3.

The greatest shame is that this story has the potential to have been a far better cinematic adventure than what we actually got. The conflict felt by Ben/Kylo about who he was, is and ultimately will become feels more touching, more powerful. Luke comes across as the Jedi we all hoped he would become; a true leader inspiring greatness in others.

Snoke, who was wasted in The Last Jedi, feels eerily like Palpatine, twisting Ben’s points of view leading him to his own twisted conclusions. It’s a great storyline, setting up a gripping Chapter 3.

These stories really help to fill the gaps between the movies, but should they? As great as these stories are, your casual cinema goer is still left confused by only watching the big screen adventures, which ultimately should be more descriptive.