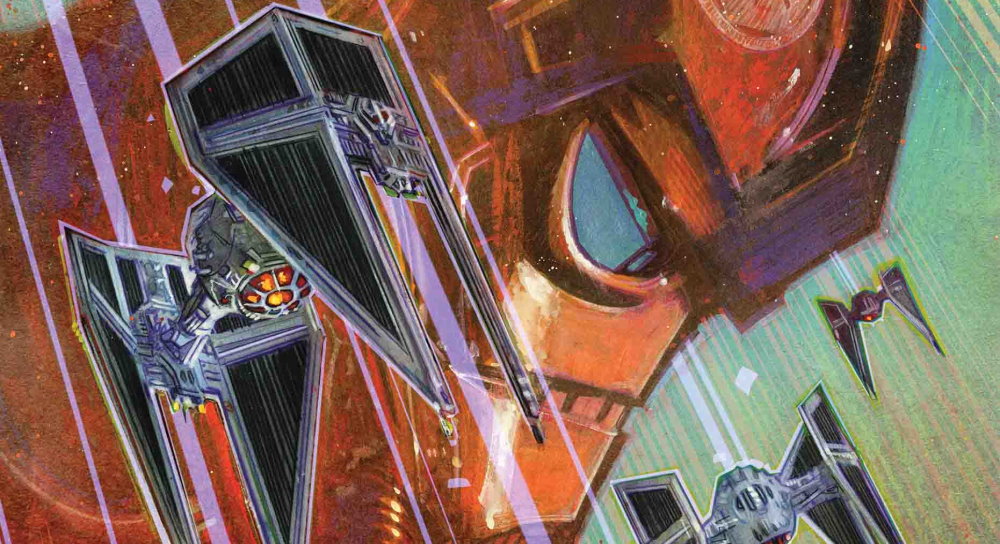 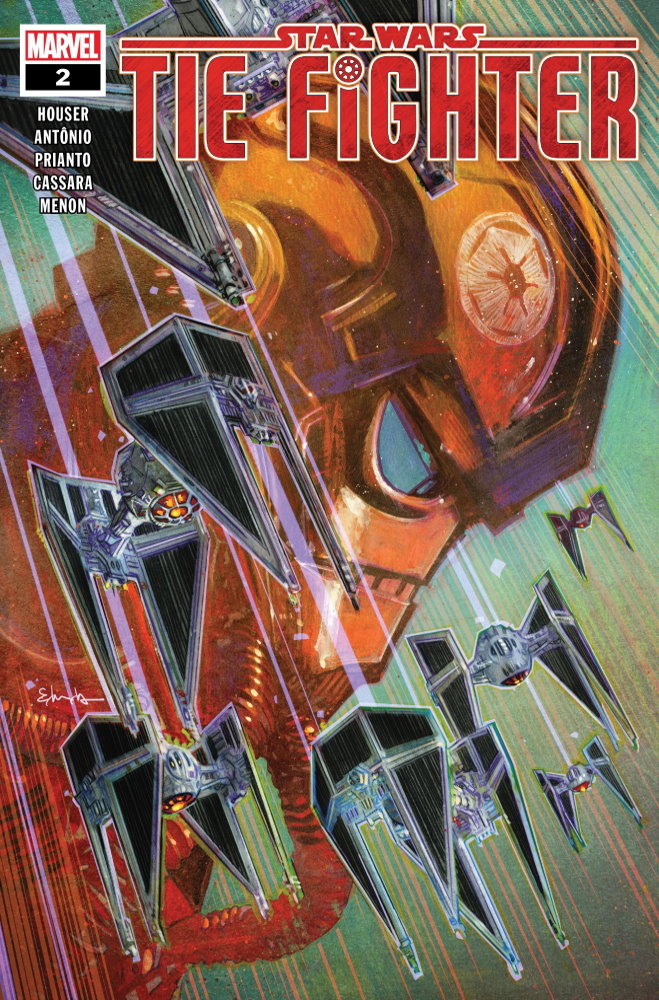 The Empire has all but smashed the pitiful Rebel Alliance, whose dwindling forces now scatter and flee before the might of the Imperial war machine.

But the elite pilots of Shadow Wing have just been ambushed and attacked by a thought-to-be-disabled Star Destroyer they were tasked with saving.

Now an entire fleet of their fellow TIE Fighters descend upon them for the killing blow….

Following on from a solid first issue, the sophomore outing of TIE Fighter continues the story, in both the present day and via flashbacks. The present day opens in the Kudo System as the Interceptors of Shadow Wing are attacked by an ISD and a phalanx of TIE Fighters. It’s a confusing situation as Imperial vessel attacks Imperial vessel, until the ISD destroys the huge fleet carrier, vulnerable as it prepares to leap into hyperspace. The clinical coldness of the warriors involved is impressive, and worrying for the Rebellion who have to go up against them.

Or it would be until they surrendered and journey down to the mining facility on Kudo where they learn that the battle they’ve just fought wasn’t against Rebels disguised as Imperials as they first believed but against former Imperials led by Admiral Gratloe who want to find a new way. Naturally, Shadow Wing aren’t as behind the curve as first believed as they infiltrate the base to take it from within as issue 3 looms.

The back up story, set a few days before, sees brothers Lyttan and Tamu discussing the war, and the real life effect it has had on their family lives. It’s unexpected, understated and very welcome, an insight into the regular men of the Empire; no different to those of the Rebellion, other than their political opinions.

With crisp, striking artwork, stunning covers by Tommy Lee Edwards and some tight scripting by Jodie Houser this is a solid second issue, rolling right into a third issue that I’m already keen to dig into. No wonder the characters of Alphabet Squadron are being investigated in the way they are via the novels and this series. Seeing the war through the lens of the Empire is a refreshing change; clearly we’ve been missing out.