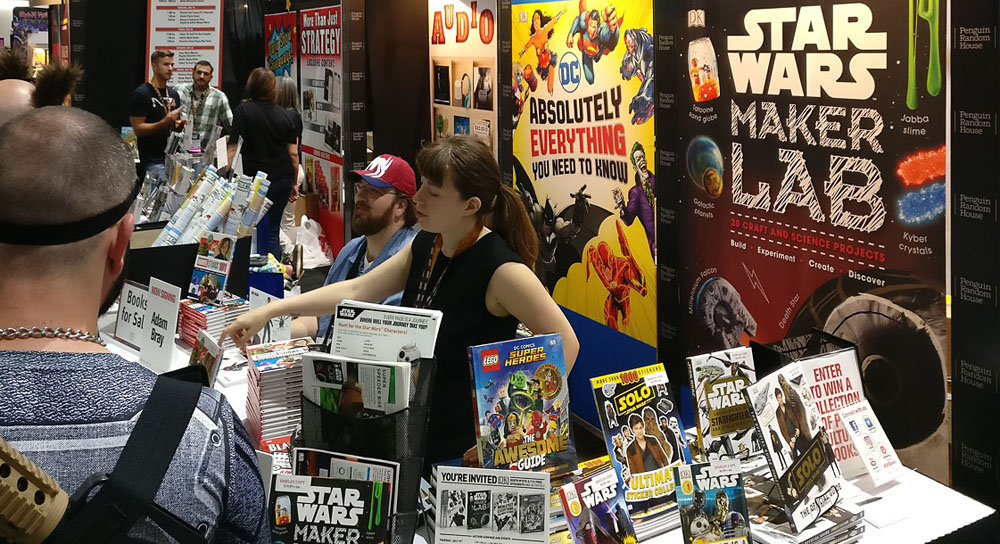 “Adam was once an integral member of a large chimpanzee colony.” That is how Adam Bray’s profile page on StarWars.com begins. Probably not what you would typically expect from a top level Star Wars author, but then again there is nothing typical about the man that CNN once called a “Modern Indiana Jones”.

Adam Bray may well be a household name among devout Star Wars fans, but his adventures in a galaxy far, far away is only the tip of the Sarlacc. Over the course of his career so far, Adam has worked with other prominent corporate entities such as CNN, CNN Travel, BBC, National Geographic, the SyFy Channel, and Microsoft, and has worked as a travel writer, photographer, illustrator, composer, talent scout, consultant, journalist, and probably much more. And that’s just his professional experience. To say that he has “been there, done that” would hardly qualify as hyperbole.

Despite the mind-bending number of accolades and achievements under his belt, Adam is profoundly humble, gracious, and friendly in person. To our mild embarrassment, he even apologized at the end of the interview for not having more time to speak with us. In addition to sharing his thoughts on the fate of Boba Fett, Adam also gave us some interesting and humorous insights about his work, experience, and life, which we are happy to share here on Fantha Tracks. Enjoy!

FT: What are some interesting facts about you that fans may not know about? 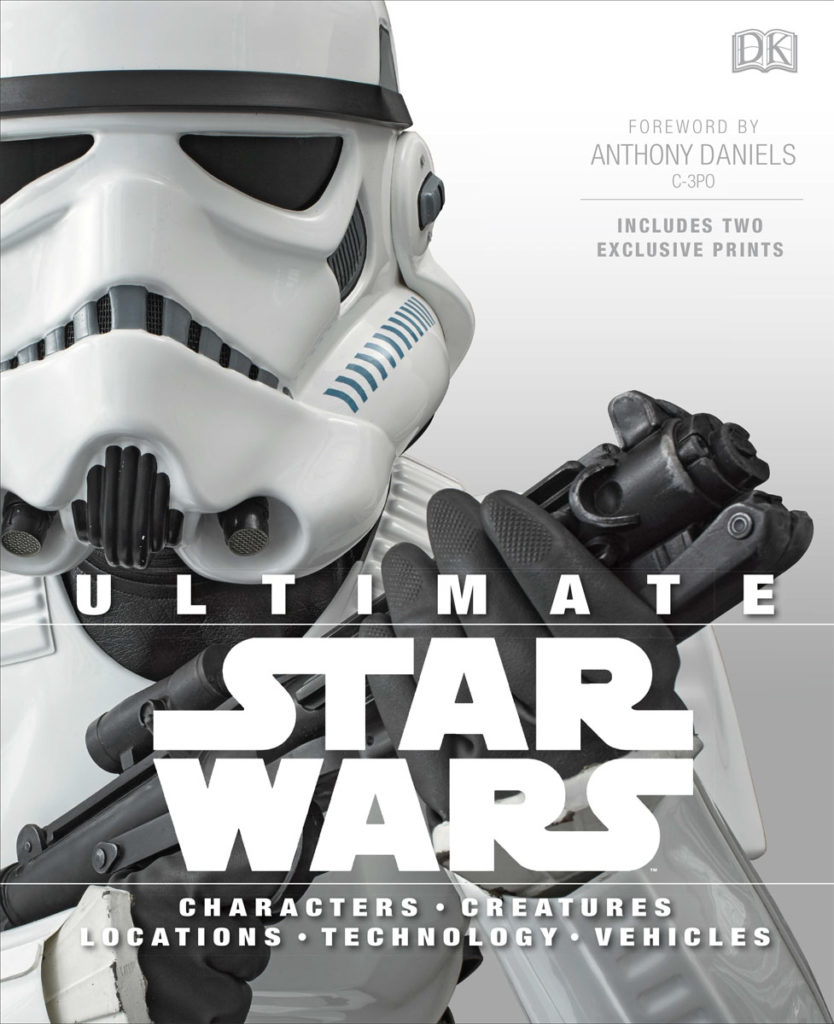 AB: I’ve kind of spent my life traveling around the world and having adventures. I was formerly a travel writer, writing guidebooks for southeastern Asia. I lived over there for about eight years. Before that, I was a chimpanzee caregiver. I took care of chimpanzees, orangutans, and bonobos.

One of my hobbies mostly when I was in college was caving. I’d do a lot of spelunking and sometimes I’d spend six to eight hours in a cave with some friends. It’s really kind of irresponsible, and we’d just go with a couple of flashlights each. I’d always make sure each person had two flashlights, but we’d be in the complete dark, going through underground rivers and things so that was a lot of fun.

In junior high, I spent about three years living on an island off the coast of Maine. I went to a one room school house and did correspondence school. It’s kind of like an Anne of Green Gables sort of time in my life, so that’s something I rarely talk about. During my time in Vietnam I’d spend a lot of time picking spots on the map I’ve never been to and just go explore on the weekends. I’d find a lot of undocumented temple ruins, and I just love exploring those ancient ruins that are one to two thousand years old just off of the jungle. It’s kind of like living the Indiana Jones dream!

FT: What is it like to craft official Star Wars canon? 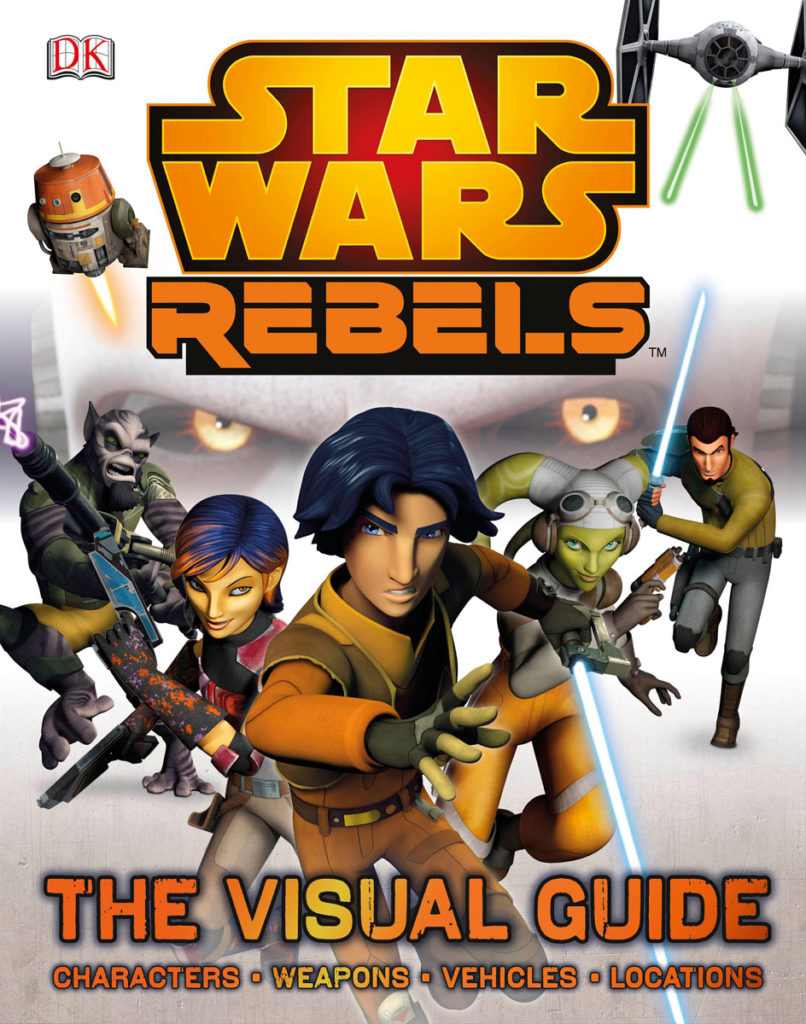 AB: It’s a funny thing. I think Ultimate Star Wars was the first book I did that they made a big deal about being new canon. As for the Rebels books, I was already in the process of writing them when they made their announcement about changing the canon. I think they actually came out after the fact, so technically those may be the first canon books. Although it’s not recognized, I think I wrote the first two canon books in this new Disney era!

There’s nothing much that’s really off limits that I can’t use, so I do draw a lot of things from the expanded universe from old comics, novels, and games. I really like the 80’s era Droids, Ewoks cartoons, and The Ewok Adventure. I started back with Ultimate Star Wars, drawing some of those things back into the book. There’s only certain things that sometimes I found out are off limits. I probably shouldn’t say specifically what, but I think it’s because they have a potential to be used for movies so they don’t want everybody stepping over each other.

Things can go back and forth to people like Pablo Hidalgo, Leland Chee, and Matt Martin to check and advise on and sometimes there are revisions, but they’re pretty good about not asking for a lot of changes. They might just ask for clarification on some things.

FT: What is it like to work with co-authors? How do you decide who writes about what? 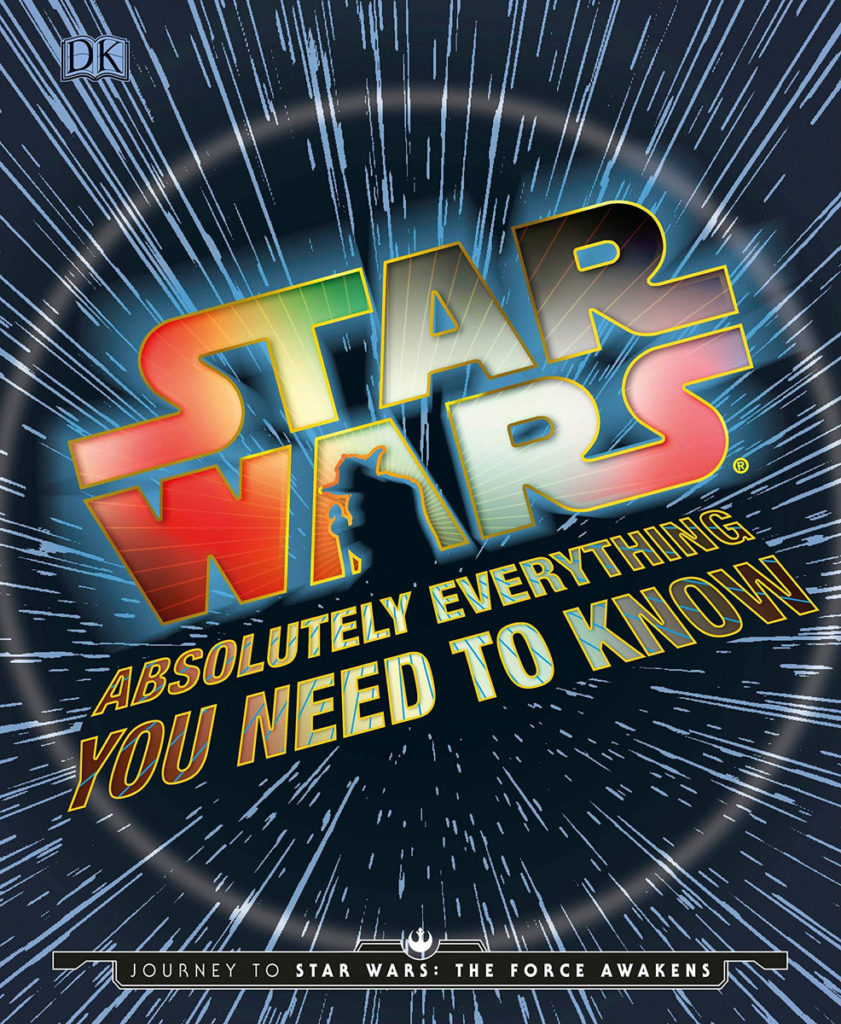 AB: Most of the time, the editors may ask what sections we’re interested in, or if I know a lot about the book I will just go ahead and tell them what I want and what I don’t want to save some time. They try to do their best to accommodate and kind of mix it around. With the books, we’re often just doing little bits and pieces scattered all around the book, rather than entire sections. DK tends to work in spreads, with two facing pages. Often, those two pages will be tied together in one theme, which is how a lot of their books work. They’re not so much chapter oriented, although they will divide things up into chapters, so we’ll get several sets of those spreads.

Star Wars: Stormtroopers: Beyond the Armor is the only book I’ve done where I have actually had substantial communication with the co-authors, or in that case with my one co-author Ryder Windham. Usually we get our work and then we go off and do it and don’t really talk to each other, and just send it in when we’re done. It’s funny because I think it was Star Wars: Absolutely Everything You Need to Know where I didn’t know who my co-authors even were and I think it might’ve been San Diego Comic-Con in 2013 or 2015. We were on a panel together, all of us DK authors, I asked the DK Director of Marketing and Publicity at the time, Rachel Dempster, why is Cole Horton on the panel with us? What did he write? And she said “he’s your co-author, didn’t you know that?” So I didn’t know we were on the book together until we were actually on the panel!

FT: Does knowing who your co-authors are impact the writing process?

AB: I don’t know that there’s much difference. I think if I was working with someone like a legendary author of a really high caliber it might be a little bit intimidating I suppose, which I think is natural. I may be worried that their section may be way up here and yours may be way down there just in terms of quality. I think that’s just natural human insecurity. But other than that I don’t think it really matters too much.

FT: What would you say is the most enjoyable aspect of writing Star Wars canon? 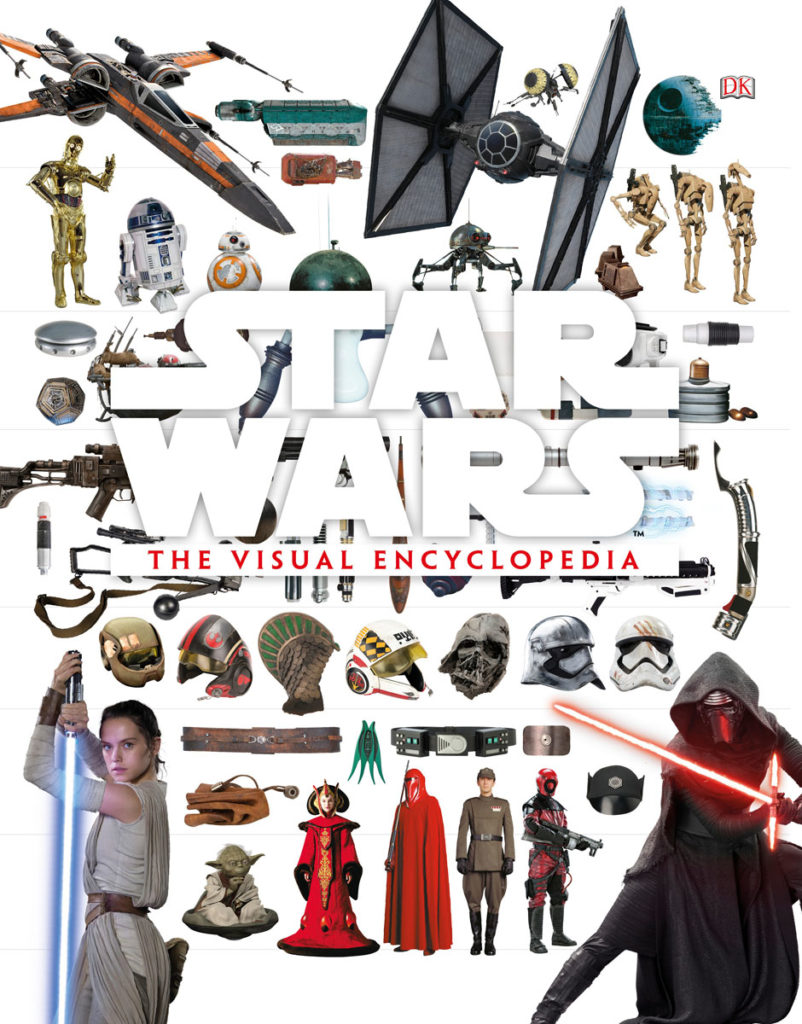 AB: The most enjoyable thing for me is just actually learning new things. I really like doing the research, whether it’s watching the movies and paying close attention to something that I’ve never thought about or some kind of detail. Or, doing the background research like how the movie was made, how something was put together, who worked on it, or what the inspiration was. It’s always my goal to try to learn something new for myself and to include new material and content for the readers. My feeling is if a reader, a dedicated fan, is spending their money on a book it shouldn’t just be the same old repackaged information and pictures. We should be giving them something new each time so I definitely try to do that.

FT: And what do you find to be the most challenging? 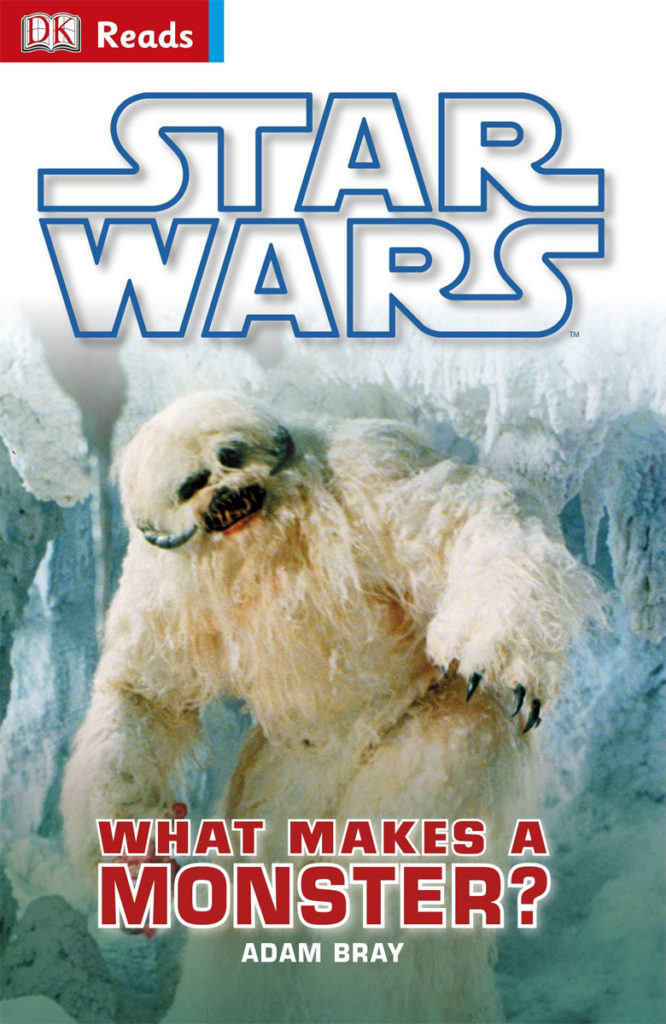 AB: I think meeting the deadlines. The nature of publishing, even when I was in travel guides, is that any book that’s got a deadline, as licensed books do, they have to tie into some event whether it’s a movie, a TV show, or just something like Comic-Con so they can market it. So there are specific dates when these things have to come out. The deadlines are always really really rushed, and I’m working from the time I get up until the time I go to bed and maybe a month or two to complete my work so it’s really rigorous. I think that’s hard.

A lot of people tell me they want to be an author but they imagine that we are writing at our leisure and just do it when we’re inspired and just send it in. But inspiration has nothing to do with it. You have to get up in the morning and write whether you feel like it or not. I usually have to turn everything in at the end of the day that I’ve written that day, so there’s no time to go over any of it for a week or two like people may imagine. It’s non-stop every single day and I’m sending off the work. That’s hard.

FT: How is it working with DK in general?

AB: Working with DK is great. I really enjoy it. I know when I work with them they’re always going to take care of me and they’ve got my best interest at heart so I don’t feel like I ever have to worry about anything with them. They’re fun because they’re one of the few publishers that do send their authors to all these conventions, book tours, and other similar events. A lot of other publishers in other niches let that fall by the wayside.

FT: Do you have any dream Star Wars projects?

AB: Yeah, I’d love to get in the narrative side. That’s not something I’ve been able to get my foot in the door yet, but I want to. I’m happy to start small and go big over time. But I’d love to be doing comics. I’d love to work with IDW Publishing, something fun and light-hearted like that. I think they’re a really neat comic and I’ve got young nieces so I’m writing to them. A short story, one of those compendiums, would also be great!