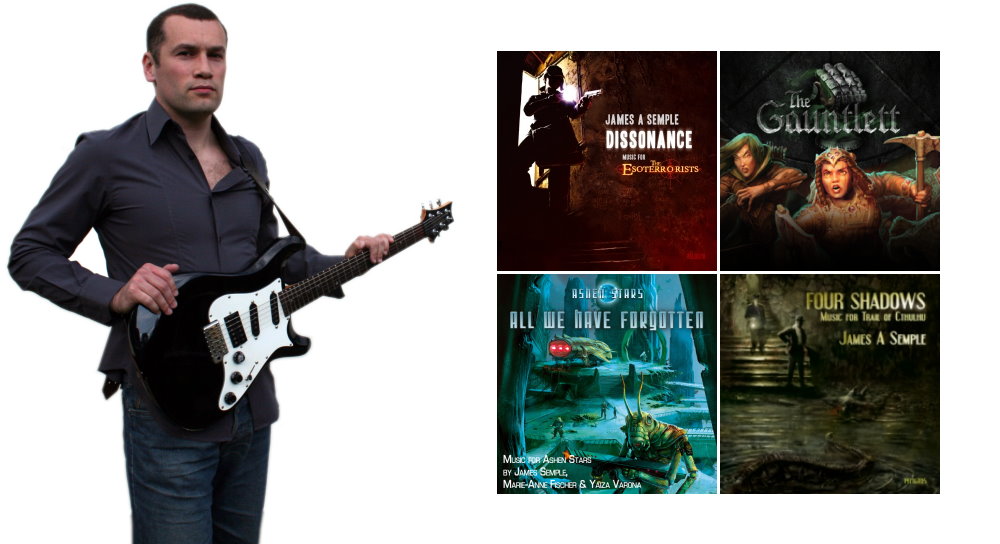 Between 1999 and 2009 Lightsabre.co.uk brought news, fanfic, podcasts and much, much more to the masses. Our one hundred and twenty-sixth guest composed music for The Witcher video game, Four Shadows: the music of Trial of Cthulhu and Dissonance: music from Esoterrorists – James Semple. 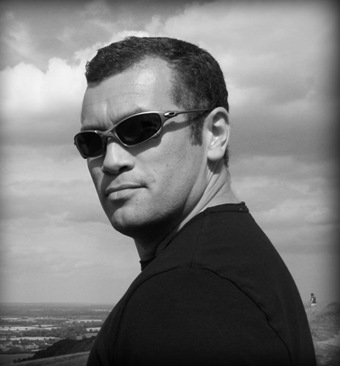 JS – Well, I saw A New Hope in the cinema the first time around. I was a kid at the time and I remember it being an absolute phenomenon. I remember reading the Marvel comics, buying the toys….you know, living the whole Star Wars dream. It was a huge part of my childhood, no doubt.

Lightsabre – As a Star Wars fan and a composer you are obviously drawn to the music of John Williams, but what influenced you to become a composer – was it in part the magic of Williams scores or something else?

JS – My Dad tells me that when we all came out of the cinema while everyone else was going on about Lightsabers, space battles and aliens I was going on about how great the music was. I was absolutely overwhelmed by these amazing themes and how much it drove the film. Of course the next few years at the cinema absolutely belonged to John Williams with his beautiful scores for Superman, Indiana Jones and E.T. As I became a teenager I started playing electric guitar and was a big rock fan but I always loved film music. I spent a few years playing live in rock bands but now that technology has got to the point where I can create orchestral tracks in my own home studio I’ve been able to go back to my first love. These last few years have been a total blast! Lightsabre – Which of the seven big screen Star Wars movies stands out as your favorite?

JS – A New Hope….I love the music so much and for me the end sequence in the Death Star trench is just the best piece of Star Wars ever.

Lightsabre – It’s a busy industry, and to make headway you need to stand out from the crowd. Looking inwards to yourself, what makes your music unique among your peers?

JS – Ok…well I think it’s because I didn’t become a musician until I was 19. A lot of musicians started young and so they’ve always listened to music as musicians. I was already a fan of rock and film music for years before I became a musician so I feel I’m more in tune with what appeals to people in general. As a result I think this makes my music less indulgent and more accessible. I also sit comfortably between the orchestral and rock worlds which I think is important in modern film and game music.

JS – Oh wow….well I can’t really remember when Star Wars wasn’t a part of my life. After the film I guess the first big memory was my Dad giving me a lightsaber for my birthday when I was a boy (a red lightsaber I couldn’t help but notice). One of my favorites was getting to see the music performed live in Leicester Square for the opening of Revenge of the Sith… just amazing! 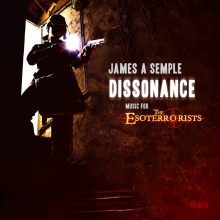 Lightsabre – You clearly have many influences other than John Williams. Tell us a bit about that and the way in which their influence has shaped your approach to music?

JS – Ok, well I’ll get the other film composers out of the way first. Jerry Goldsmith and James Horner really helped define a lot of the harmonies used for science-fiction or fantasy music. Like John Williams they really created huge symphonic scores led by these beautiful memorable melodies but it was definitely the distinctive chord changes that helped to define that sound. More modern composers like Danny Elfman and Hans Zimmer were great for learning how to work with percussion and rhythmic scores.

Other than these guys I listen to lots of classical music and I tend to take ideas nearly every composer I hear. Holst is a big influence and many of his orchestral devices crop in modern film music like Star Wars, Indiana Jones or Gladiator. From the rock and pop side, I was a huge fan of Queen and their arrangement techniques…They’re who I’m usually thinking about when I drop the electric guitars on a track. I guess growing up in the 70s I saw a lot of cross-pollination between rock and orchestral music (Jeff Wayne’s War of the Worlds, Tubular Bells, etc) and so it feels natural to me.

Lightsabre – If you were given a time machine, the London Symphony Orchestra and a chance to score the original Star Wars what would you do different, if anything?

JS – Make sure I wrote the Imperial March and put it in the first film! Haha….seriously I think that’s difficult to answer: that score totally changed the direction that film music was going. I would say that score is close to perfection! In fact, the score for A New Hope is possibly the only Star Wars score I wouldn’t change at all. 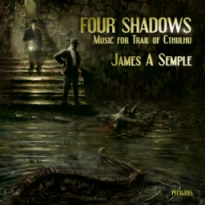 Lightsabre – With the arrival of the television shows there are new projects arriving all the time? If you had a choice, which of these projects would you like to become involved with?

JS – Well the live action series would be incredible but I think it would be amazing to work on the upcoming Star Wars The Old Republic MMOG. I was absolutely immersed in Star Wars Galaxies for a couple of years and the Star Wars music really enhances these games.

Lightsabre – Which era of Star Wars history is your personal favorite?

JS – The Rebellion Era. Vader, Stormtroopers, rebels: it just rocks! Who knows, maybe the Dark Times between films III and IV will turn out to be even more exciting?

JS – Well, like a Jedi, a composer has to “focus on where he was, what he was doing” and I’m super-busy now. Ok….let me take a shot at it: Video games, TV, movies and then writing a galactic national anthem. Big enough dreams?

JS – Yeah, I love this place but it really needs some music. Let me see what I can do for you….

Lightsabre – It’s been a great interview, and thanks for being our guest on Lightsabre. Just one final question. John Williams, Jerry Goldsmith and Howard Shore are summoned to the White House to compose a theme for the new president. Obama can’t choose which one he wants, so he organizes a conducting competition – the composer who gets the orchestra playing the fastest and loudest wins. So, who scores the theme?

JS – Haha….what a question, these guys are all masters! Ok, I’ve gotta go for JW, he wouldn’t let us down.