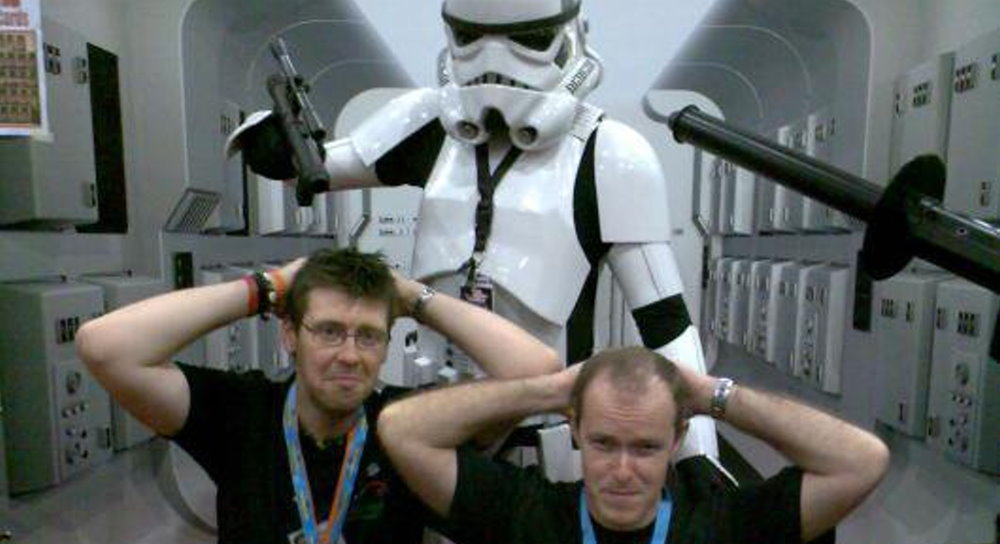 Between 1999 and 2009 Lightsabre.co.uk brought news, fanfic, podcasts and much, much more to the masses. Our one hundred and seventh guest has been writing about the Setnin sector since 1986 – Paul Squire.

Lightsabre – Paul, welcome to Lightsabre. What got you started out as a fan?

PS – The first Star Wars movie (and by that I mean Episode IV) was just so different from any other movie of the time it blew me away and hooked me in all at once. Luke Skywalker immediately became my hero, and the idea of flying an X-Wing down the trench on the Death Star attack even now has me grinning from ear to ear. To think the closest sci-fi movies of the time were things like The Black Hole, or Dark Star…

Lightsabre – Which of the six films is your favourite?

PS – The Empire Strikes Back. All the main characters are established. Where A New Hope covered the destruction of the Death Star, suddenly with Empire you see the bigger picture and the size of the task the Rebels had set themselves. Mature, dark, twisting with plenty of heroic action……and what a cliffhanger.

Lightsabre – Your fiction often featured female characters at the forefront of the action, so if you could pick ONE Female from ALL the films, who would you choose?

PS – Pick her for what – lol? Aayla Secura would be top of my list.

Lightsabre – Which of the many Star Wars spin-offs – books, comics, toys – is your favourite?

PS – Clone Wars….which is a bit of a cheat as this covers the fantastic Dark Horse comic series as well as the cartoons and the much anticipated CGI. But the clone troopers are a favourite, and the armour, equipment and the Jedi generals all add to the fun. It’s like sci-fi’s version of Top Gun! 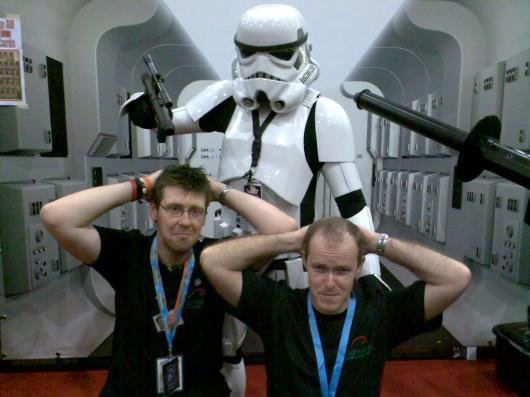 Lightsabre – Which of the many movie sets would you like to have visited?

PS – Tatooine, from the original movie. It was a real set as opposed to blue screen, and seeing Luke’s home, and feeling the wind and sand would just add to the ambience.

Lightsabre – What’s your favourite character in the movies?

PS – It was Luke when I was younger, but the clone troopers of Episodes 2 and 3 just blew me away. Very, very cool characters.

Lightsabre – If you could be involved in some way with DIRECT input in the upcoming TV series what would you choose?

PS – Plot plot plot. Love the story telling element of dark versus light and that huge range of grayness in between. There are (were) a lot of characters being played by both sides, and the more involved you get in the story and motivation of the major players you can see that no-one was innocent.

Lightsabre – Over the years we have shared many roleplay sessions. Which of those many games sticks in your memory the most?

PS – We’d all built up a vast cast of supporting characters, each fleshed out with personality and background detail, so much so you could really connect with them. I remember games where we’d just go to a bar and shoot the breeze with the NPC’s. So when the Gang Wars began and these guys were either being taken out or turning on us, the emotion and adrenaline were pumping. Don’t think those sessions could ever be surpassed.

Lightsabre – Of the stories you wrote for the site, which was your favourite one and why?

PS – Tactical Withdrawal. It was fun collaborating on the story, and a blast having Jan and Ry doing what they’d always done in the RPG, being brash and cheeky enough to take on the impossible, and lucky/cool enough to pull it off. Pure class.

Lightsabre – You can be a character for one day who would you chose? A character from the films, or Ryath Centaur? 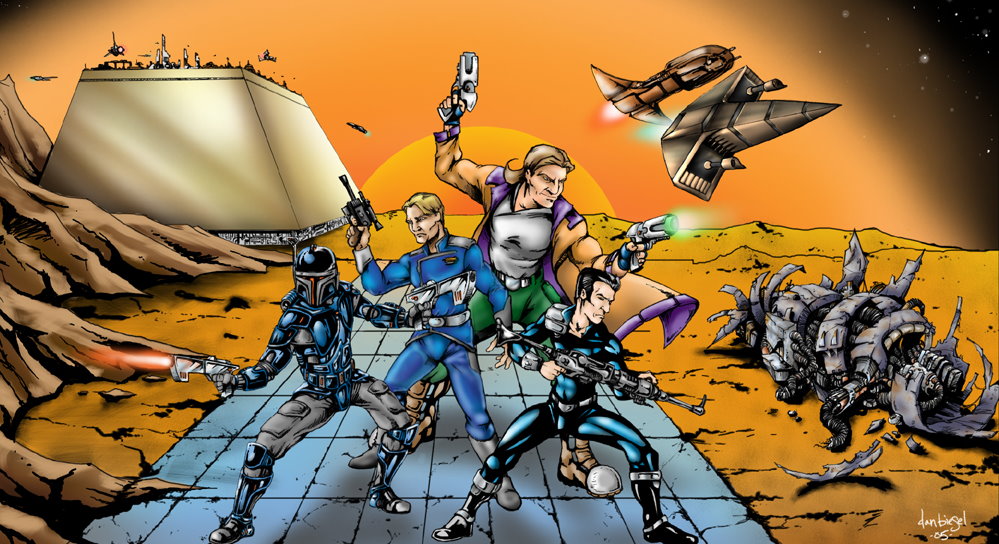 Lightsabre – What do you hope to see in the live action TV show?

PS – Keeping an open mind. If it was Empire versus Rebels it’d be pretty depressing as the Rebel’s didn’t achieve any success until just before Episode IV. So guessing the show would be about the underworld characters, and given the bar raised by Firefly, they could make this a very special show.

PS – Sex. But hey, open-minded you could always combine both…..and the mind boggles seeing the range of aliens in all the movies. Still thinking of the blue skinned Jedi lady!

Lightsabre – If you could change one thing about Star Wars what would it be?

PS – Ewoks on Endor. Would have gone for Wookiees instead.

Lightsabre – Now you are less involved with the site on a day-to-day bass what do you think of Lightsabre?

PS – Love it – just want the time/energy to do more stories for you guys. 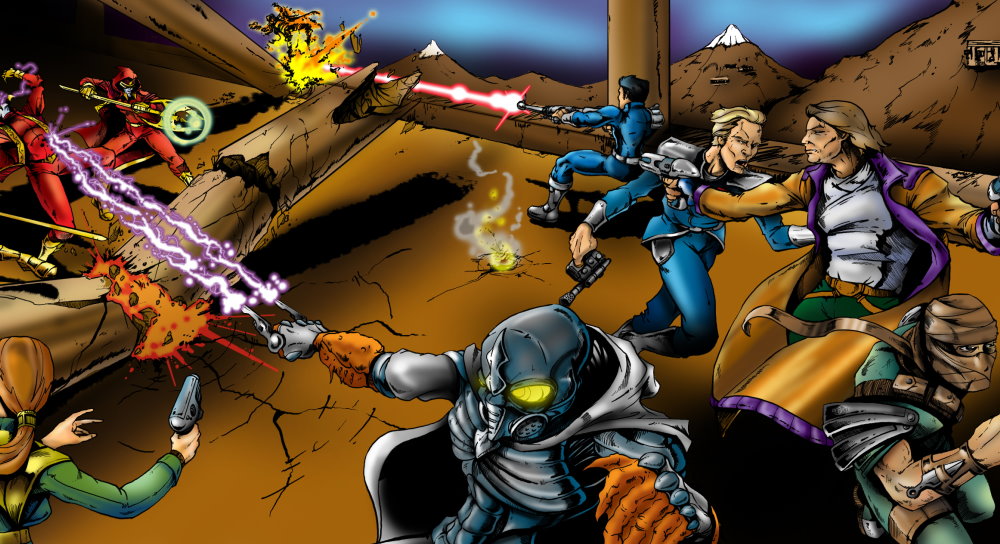 Lightsabre – Cheers for coming back to the site – you’re always welcome here. One final question. Ryath Centaur has climbed a mile-high mountain without ropes, entered an impenetrable fortress with a spoon and killed sixty Gamorrean Guards bare-handed. You find the room where your greatful captives are being held.

Stand with hand on hip in heroic pose next to a fluttering flag as a commemorative photo is taken.
Ask them to form an orderly line and wait their turn.
Check that you’re not in a room of carnivorous shape-shifting killers and toss a live thermal detonator into the room.

PS – In character…….pass me the flag lol!

Interview originally published on www.lightsabre.co.uk on 11th May 2008.