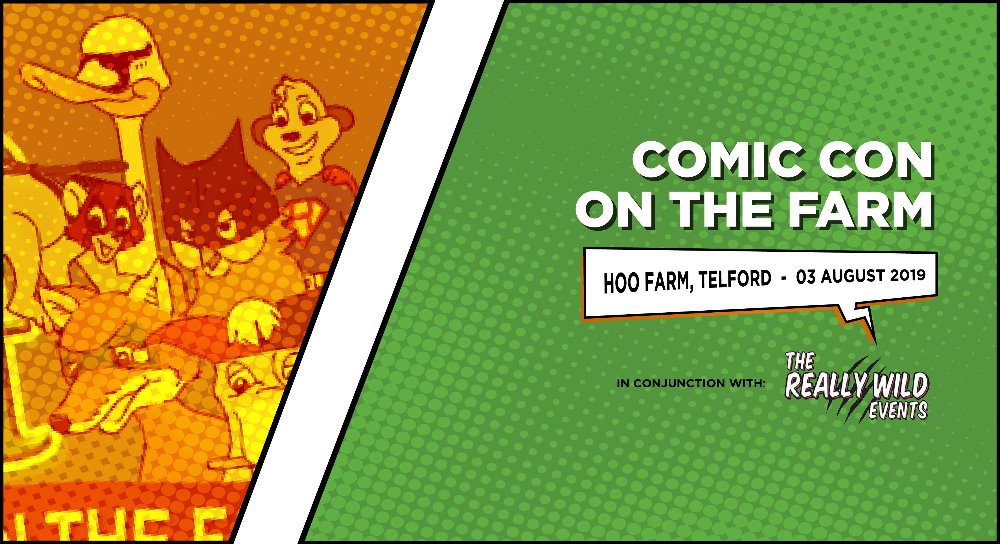 My latest Fantha adventure threw up a number of firsts for me. On August 3rd I went on a solo mission as a Fantha to HooFest at Hoo Farm. That in itself was a first.

A convention held on a visitor attraction just a handful of miles from home, was another first – but not the first time I had visited Hoo Farm. Situated in Telford, I had last visited Hoo Farm around 10 years ago when my children were, erm, children.

The visitor attraction is well known as a farm equivalent of a zoo, replacing zebras and elephants with cows and deer etc. Its sheep races are pretty famous, and well worth a Google.

It was certainly the first Con I had attended in a barn.

Hoo Fest brought together plenty of pop culture guests from the worlds of Doctor Who, Harry Potter and of course Star Wars, as well as costumers from the Rebel Legion and the UK Garrison.

I managed to grab interview time with Ross Sambridge – the embodiment of Snoke in The Last Jedi and a wookiee slave from Solo: A Star Wars Story. He was sat alongside fellow wookiee actor Attila Vajda.

I also spoke to Nick Joseph, one of the medal bearers from A New Hope, Matthew Dale, a Jeddah Priest from Rogue One and legendary sculptor Brian Muir,  perhaps most famous for his work on Darth Vader’s iconic helmet.

Stay tuned to Fantha Tracks Radio for those interviews in the near future.