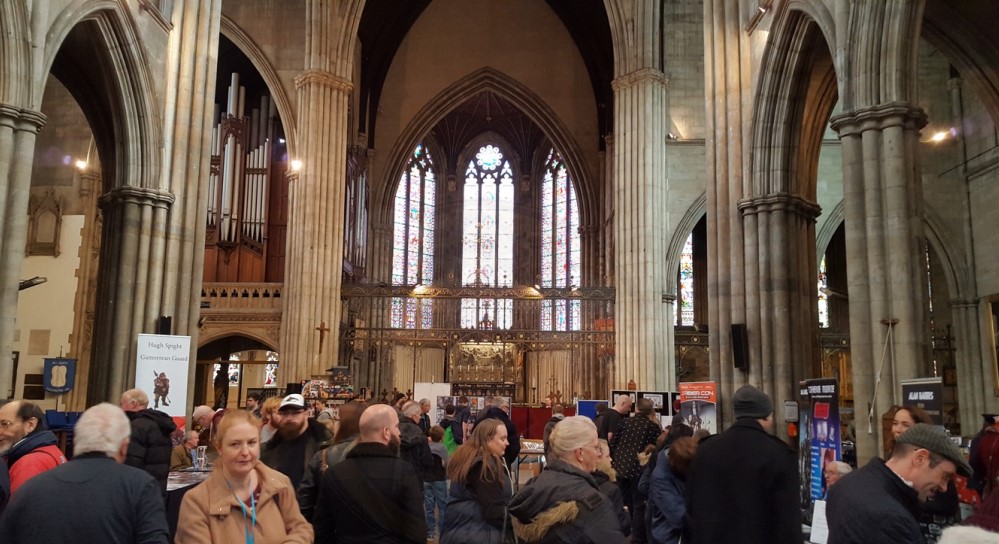 Saturday saw the inaugural Spa Wars 2017 held at the beautiful All Saints Church just a walk away from Jepherson Gardens. The event was run by the local Spa Town comic store.

The event was promoted in part by Craig Spivey, who alongside Grant Criddle and Mark Daniels were behind the relaunch of the Helix Star Wars range. Some of the classic stationary and current was on show at the event.

As you walked into the venue, members of Joker Squad greeted you as only a clone trooper or stormtrooper would. They were happy to pose for photos much to the delight of the younger fans who had assembled.

The event was set inside the church with a variety of things to see, do and buy that would please any Star Wars fan!

Luke’s Groto
For a small donation fans could ask Luke to use the Force and get them what they wanted for Christmas! Rey was on hand to deliver a small gift. I think that the real @hamilhimself and Daisy Ridley would like this change of occupation if ever they needed a change!

What a piece of junk!
When looking at the rusty hunk of metal you would have thought just that! However on closer look and thanks to display this junk was used as a prop in so many parts of A New Hope, The Empire Strikes Back and Return of the Jedi as well as other Star Wars films and even beyond the GFFA into Alien, Outlander and other movies.

A talk given by Craig Spivey gave a really good insight into this piece of junk and its history in Star Wars, and Craig was joined by original trilogy prop master Bill Hargreaves.

R2-D2 Builders Club
Its hard not to be amazed at the sheer hard work and effort that goes into making an astromech droid, the crew on hand, including Lee Towersey who works on the films as a droid builder, were able to answer fans questions and show how they had got their droids fully operational. As always it was lovely to see some of the droids in action, moving in amongst the fans!

Games Zone
Star Wars Armada was available for people to play and challenge each other, with help on hand if you were new to it.

Vendors
There were a great variety of vendors for fans to browse through, chat with and buy from. These included:
Comics sold by Spa Comics and its partner shop Comic Connections in Banbury.
Vintage Toys from Tim Berry.
Artwork from local artists including:
Amanda Elanor Tribble, who has created some fantastic comics and art work in a Manga style.
Tom Malin, an illustrator and digital painter.
A craft stall that had Han Solo frozen in chocolate, Star Wars Christmas cards and a map of Tatooine in a Lord of the rings style!

The Signing Area
This area was at the heart of Spa Wars, a range of actors from across all Star Wars were there to chat to say hello and find out what their next projects were about.

Someone who I found really interesting to talk to was Jon Spira, the creator of Elstree 1976. we got a great insight into how the film was made and heard about the new project, Elstree 1979. 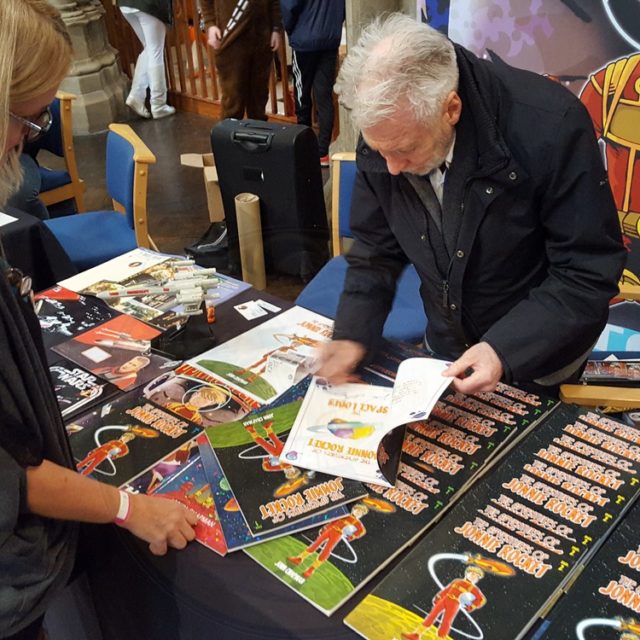 A huge shout out to the actor John Chapman who now creates children comics aimed at getting children to read, it was fascinating to see the care and thought that went into creating the comics.

We also caught up with Nathalie Cuzner and Scott Richardson from The Force Awakens and had a great chats with them both.

Spa Wars was a great day out for all the family and Fantha Tracks are looking forward to the next event run by Spa Town Comics in the future.