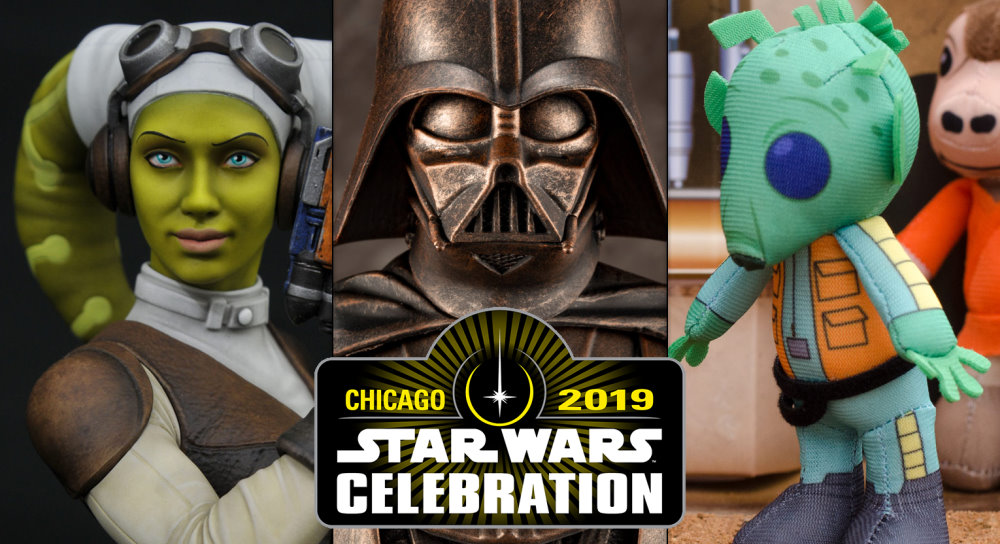 In the build up to Celebration, the majority of the Fantha Trackers discussed purchases they were going to make, having seen the show exclusives in advance. Diligently we wrote our lists, marked the prices, set the budgets, entered various lotteries and all was fine….until we landed at McCormick Place and then a shopping frenzy ensued.

Here we take a look at the most random or bizarre item we have brought home from Celebration that we did NOT intend to purchase. 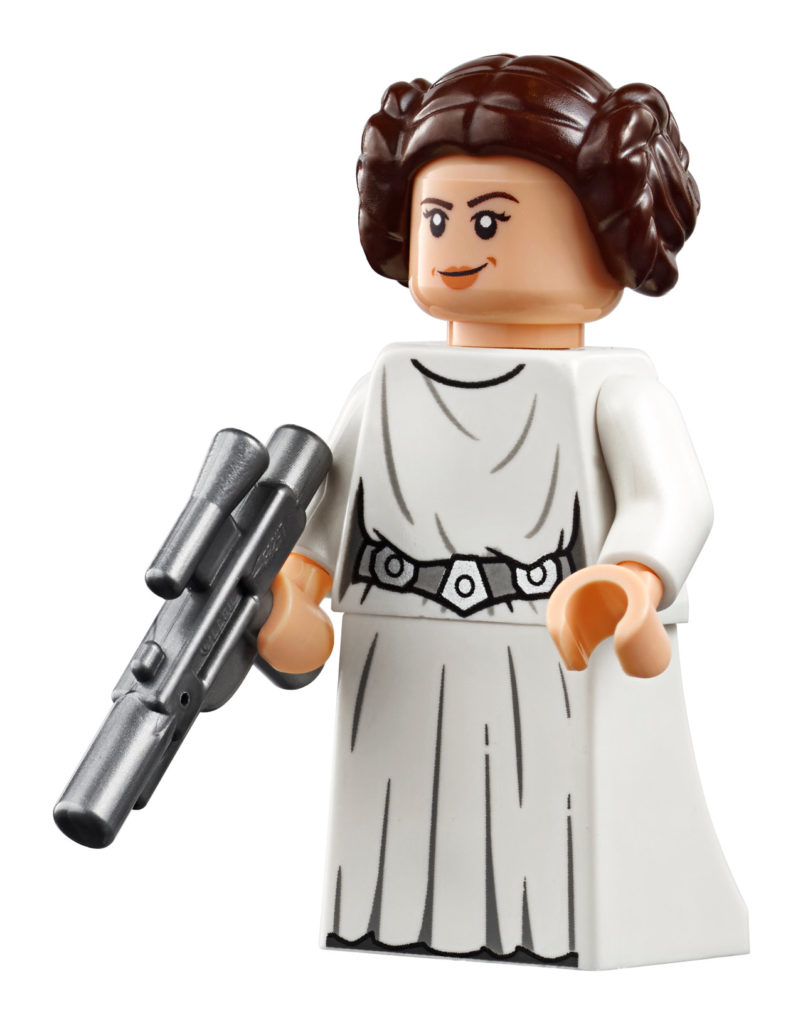 I must confess that apart from catching up with friends and seeing panels, the other thing I love about Celebration is shopping. I had my list with all of the exhibitors names, locations and what they had on offer. All was going well until I walked past the LEGO Stand.

Let me say now I DO NOT build or collect LEGO. However, as soon as I saw this kit I HAD to get it! No great shock as it’s a Leia themed LEGO set, but what made me queue to get this set was the fact that the Princess Leia mini-figure has a dress. That is correct, you read that right. I confess I bought a LEGO set so I could have the Princess Leia in a skirt! It’s signed by the designers but that is unimportant to me – I HAD to get that Leia figure! 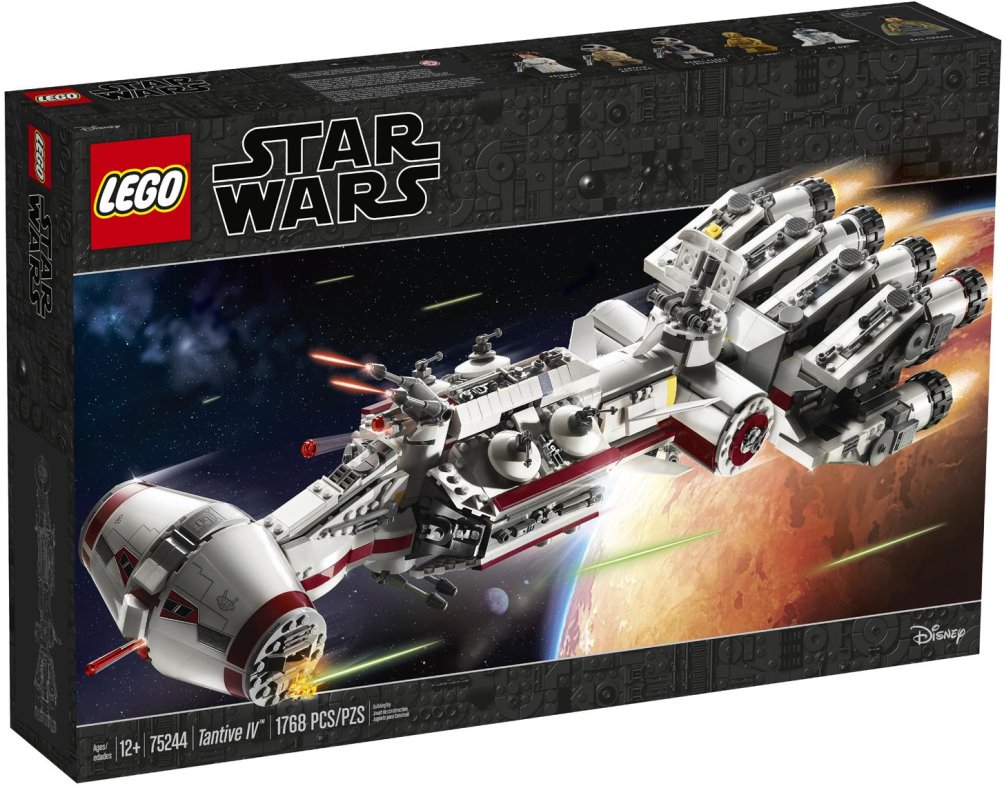 I’m pleased to say it will sit pride of place with my other LEGO Leia mini figures, and I might even let my daughter build the ship! 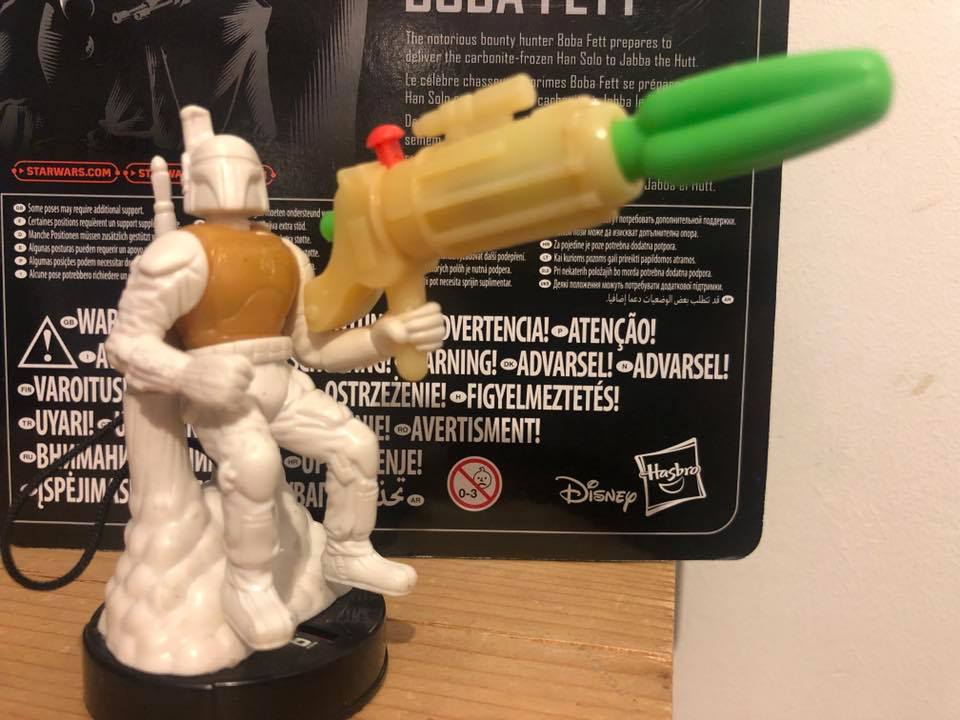 I always find so many weird and wonderful items at Celebration, but there was no way I could resist this!

I was very good and did not buy much at Star Wars Celebration myself, but why spend my money when I can get my husband to do it for me! I sent him instead to buy the exclusive items for me!

Therefore, I was able to get all three of the exclusive plushies that I wanted at the Celebration store!

My original intention was to only get the BB-8 pizza T-shirt as my Chicago memento but when I seen the pale blue Princess Leia T-shirt and red & black plaid shirt in person, I couldn’t resist and took them to the checkout too.

I went back to the store for The Rise Of Skywalker T-shirt when I heard that was available, but I was too late hearing about it and it was already sold out. I wish they had utilised the Celebration app and given attendees notifications for previously unannounced store items rather than word of mouth.

Those who know me claim that I might own too many handbags. I hadn’t planned to buy any new handbags this time, since neither Loungfly nor BioWorld had any booths, but when I finally got to the Heroes and Villains booth on Monday afternoon I just had to buy the amazing X-wing handbag. I love that it’s so subtle in it’s Star Wars-ness, and it’s great as a handbag. It was also in a bigger size than is usual for many fandom handbags, and that was a big reason why I got it. I really needed a bigger handbag. 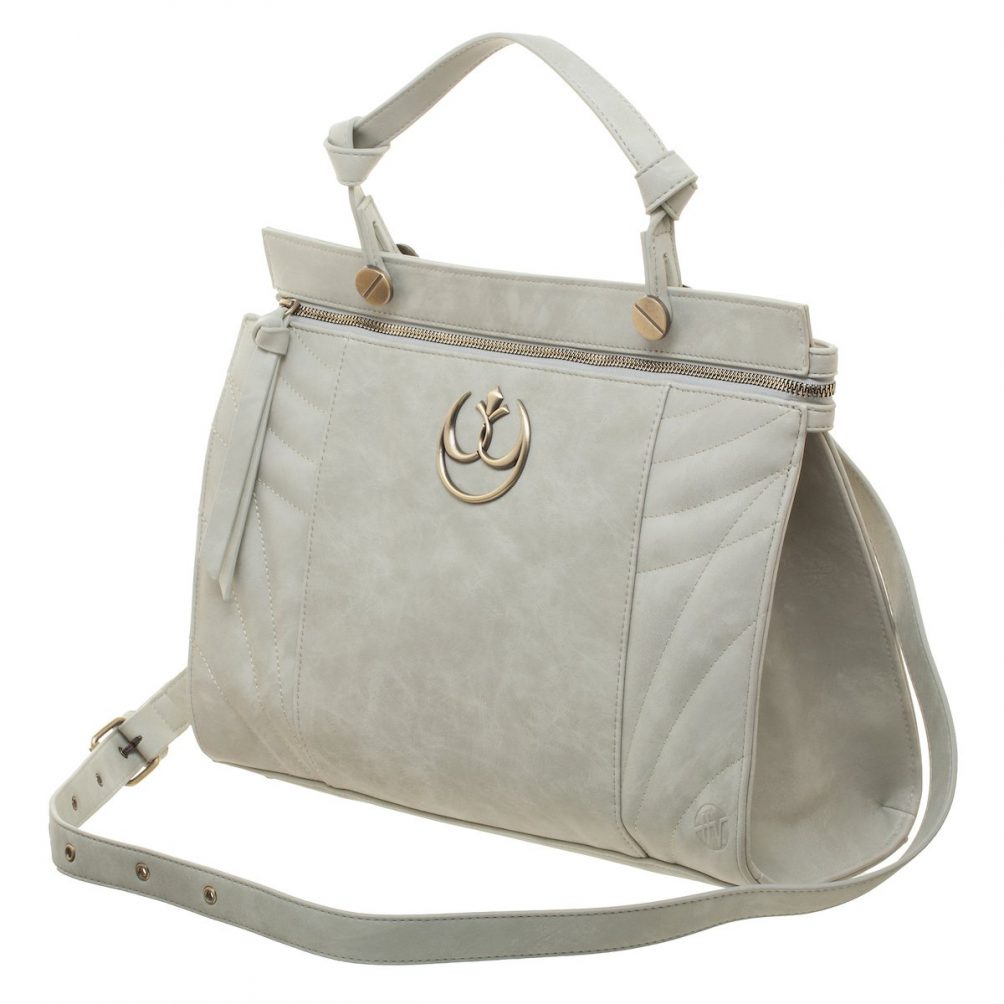 There were a few other things I would have gladly spent money on, but couldn’t since the vendors didn’t have them in stock at Celebration and they would only ship to the US for free and not ship at all to Sweden. Since Celebration is the only chance for many fans to buy things normally reserved for US fans this was a big disappointment.

Well, at a show exclusively (almost) about Star Wars I managed to come home with a Lord of the Rings Kinckerbocker Frodo and sorted out a purchase for further items from the range based on the LotR cartoon movie from a dealer. 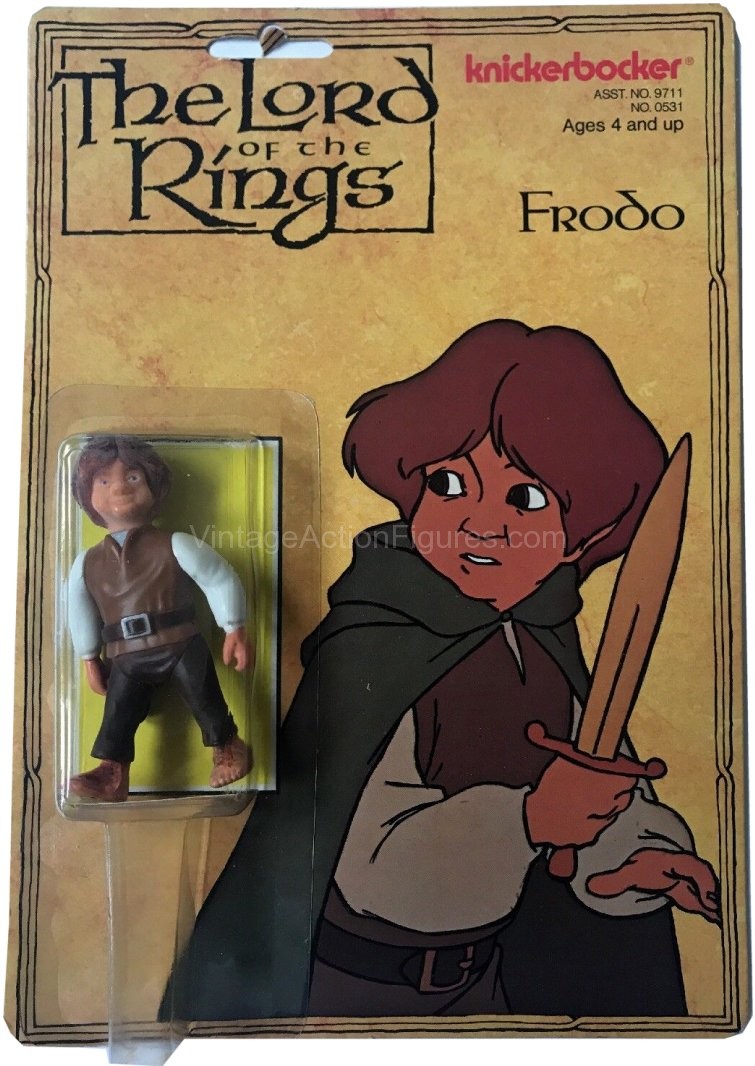 The Lord of the Rings franchise means just as much to me as Star Wars and I was delighted to source these items among a whole load of vintage Star Wars purchases.

I’d never even heard of the Disney Scenez packs, but it was nostalgia that drew me towards the four-pack of miniature plushes on one of the stalls at the McCormick Convention Centre. 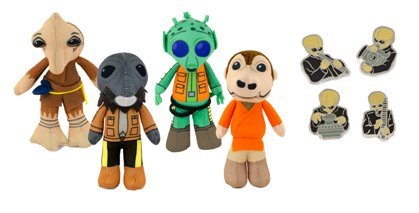 The Mos Eisley set includes cute reinterpretations of Greedo, Walrus Man, Hammerhead and Snaggletooth. Yeah I know those are the names of the figures from 1979, and Ponda and co now have real names, but let me keep my nostalgia. Sold. Get it in the bag.

As a bonus, my purchase for $15 came with a set of 4 pins representing the Cantina Band. There was flutey man, accordion man…

I had gone to Celebration with a very strict budget and managed to pick-up the exclusives I had budgeted before the trip e.g. Lando shirt, plaid shirt, Hasbro exclusives, autographs and photoshoots. 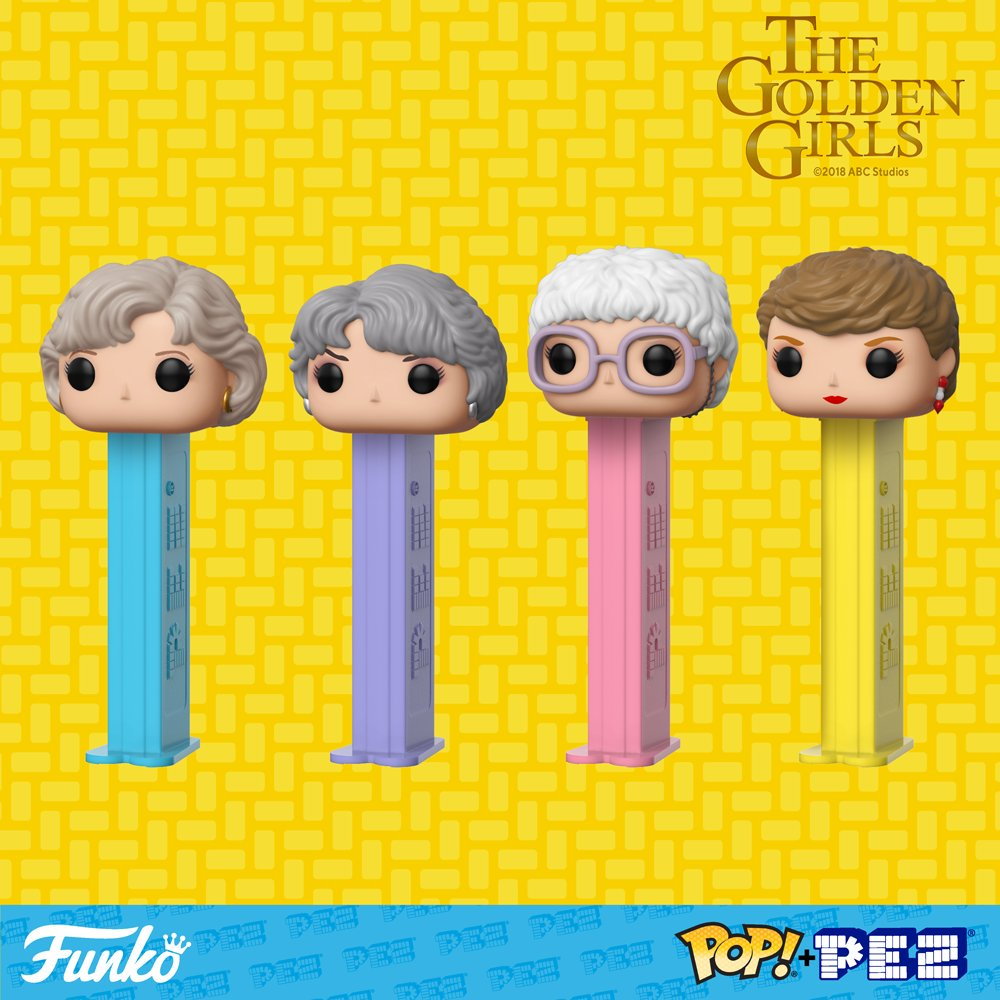 The one crazy purchase actually happened after I left the convention and was a set of Funko Pop Golden Girls Pez Dispensers, gotta love the girls 😉 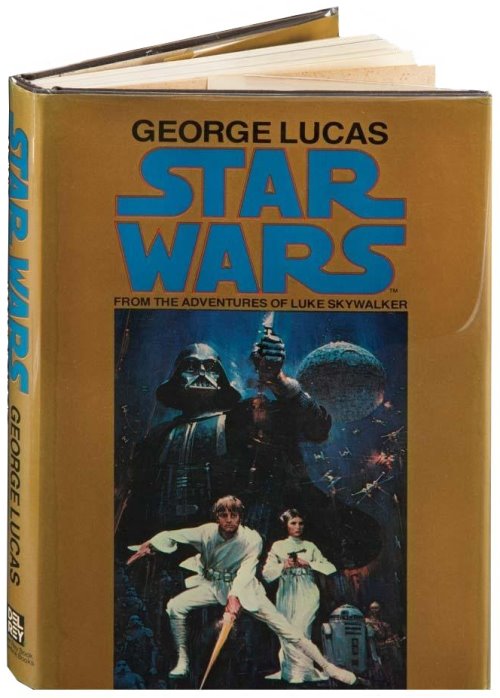 As usual I bought way too much nonsense – t-shirts, books, show exclusives including mugs, the Holiday Special Boba Fett lunch box (which came home full of patches and pins), the Celebration patch set and the $22.00 bargain drinks mug that allowed for free top-ups all weekend (a life-saver for sure, and I miss that Brisk Raspberry ice tea like you wouldn’t believe).

That said, the one item that I was not expecting to see, let alone purchase, was the gold-sleeved Del Rey first edition of the original Alan Dean Foster adaptation of Star Wars. For me it was a grail item I’ve been chasing for 30 years and while I’ve seen it before and had the opportunity to buy it, it was never quite the right time. Thankfully, late on the afternoon of the final day was the right time, and so another big tick on my collecting journey was marked off.

I ended up buying all the things in the Celebration store that had Zuvio on them. This included a $200 pin set.  I have issues. Please send help.

When you already have too many pairs of shoes, the obvious thing to buy at Celebration is two more! And 12 t-shirts might have been a little bit of overkill…