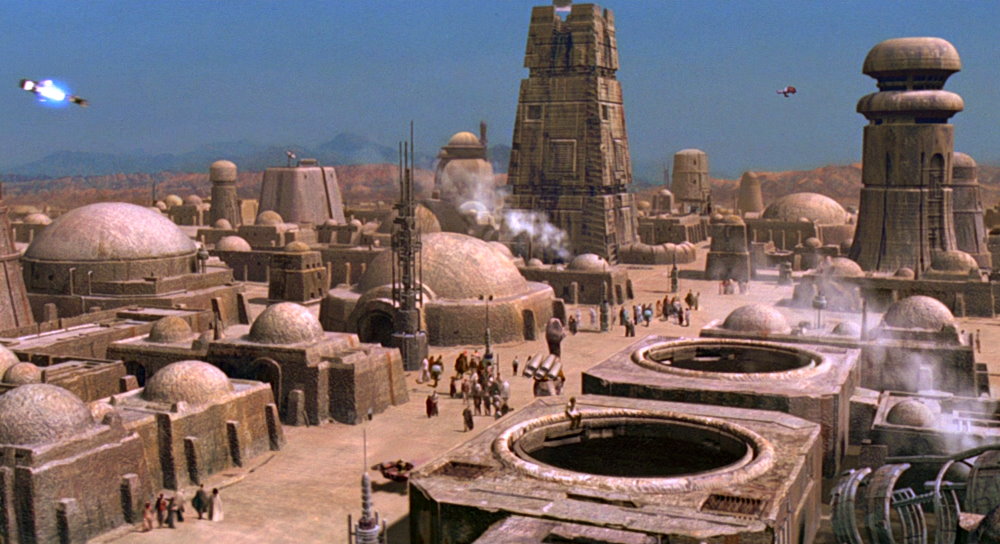 Sitting down recently for a chat with Lou Mongello on WDW Radio, Former Walt Disney World Resort Vice President Dan Cockerell discussed the development of Galaxy’s Edge and during that conversation, a fascinating factoid came up – early on in the development of Star Wars Land, the plan was to recreate Mos Eisley and not the entirely new world of Batuu and the Black Spire Outpost.

“The Indiana Jones theater, that was going to be the heart of the Star Wars land…the Mos Eisley Cantina, that was going to be right across from Star Tours, and we had all kinds of great concepts with that. We’d gotten way down the path on art drawings, we hadn’t gone into architectural drawings or anything.”

The change in direction came after Kathleen Kennedy and Bob Iger discussed the future of the park, and the wider Star Wars story.

“Kathleen Kennedy, her point of view was, there are way more Disney Star Wars stories ahead of us than behind us. So we really should think about, do we want to build a Tatooine and build what all the 50-somethings remember Star Wars is? Or do we want to build something else which is going to appeal to all the upcoming generations who are going to know the new stories?”

While that never came to pass, opting for innovation instead of nostalgia, Cockerell discussed those abandoned plans.

“All those concepts were put on a shelf. And I’m sure they’re sitting in a vault, and I’m sure people are going to be shown someday — about what that land would have looked like and what the attractions were going to be.”

While visiting the locations so prevalent in the original and prequel trilogies may well have reaped immediate results rather than the unknown locales of Batuu, there’s truth in the logic of building an entirely new and fresh location. That said, a real-world, immersive walk around Mos Eisley would have been incredible. Maybe one day Disney can buy some land in the real Tatouine in Tunisia and build one there.