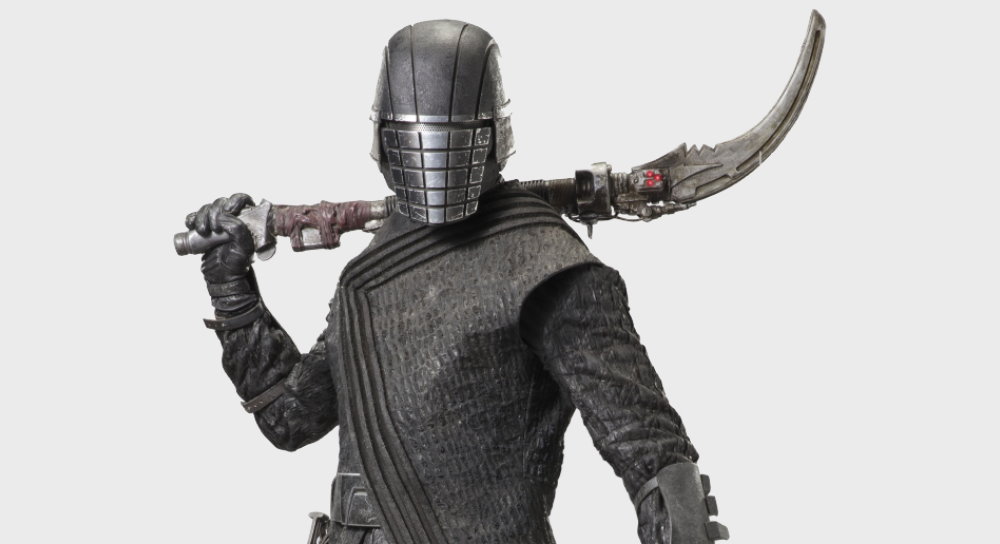 I love the DK Visual Dictionaries that come out every time there’s a new Star Wars movie. The day the movie comes out, I head down to my local bookstore and purchase the Star Wars Visual Dictionary and The Art of… book that comes out at the same time. I try not to look too hard at the book before I see the movie lest I get any spoilers. I pretty much ruined the fact that Anakin lost his arm in Attack of the Clones that way.

But I digress. Any way you look at it, buying the Visual Dictionary is part of my program leading up to The Rise of Skywalker. This year’s Celebration brought us a look at the new Star Wars books coming out, including the Visual Dictionary. As usual, it shows us little looks at the items inside the book. I want to over-analyze the heck out of it.… 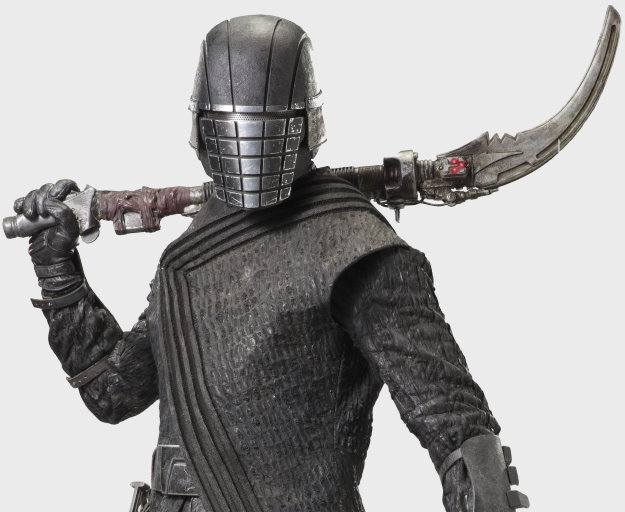 • Knight of Ren: Yup, that’s all it says. Just “Knight of Ren.” It’s pretty much all I was looking for in the last Visual Dictionary, but alas….according to my limited information, this particular knight is unofficially called “The Rogue.” I like the helmet, the dark uniform. Really, of note is that funky weapon he has: a vibro-scythe blade. Can it withstand a hit from a lightsaber? It looks like it could cleave an enemy in half, which would make for some brutal fights. It also looks like the hilt is made from the bones of an enemy. Is this knight a failed Luke Skywalker Padawan, or just a disaffected emo youth Kylo Ren found? Can’t wait to find out. 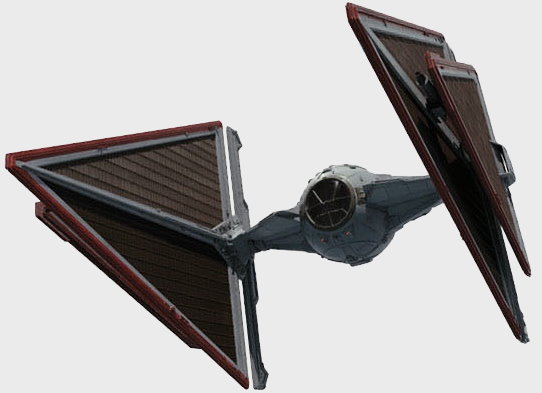 • TIE Dagger: The newest TIE fighter design. I think it’s the same thing that we see attack Rey in the newest trailer. So it’s probably piloted by Kylo Ren. Given the wing design, it’s probably more maneuverable than previous TIE fighters, and should be the new popular Star Wars ship design.

• Jannah’s Energy Bow: We obviously don’t know too much about her, aside from the image of her firing said bow from a Star Wars-ian mount next to Finn. First off, from the image, it looks like it’s been handmade by Jannah, with a “repurposed blaster barrel.” It also looks like a traditional bow-and-arrow here on Earth, albeit with an Arrow or Hawkeye twist. What my question is, how does it work? She won’t use actual arrows, so how is it different from a big blaster? Even Chewie’s bowcaster doesn’t work like a regular crossbow, it fires “destructive metal quarrels sheathed in plasma energy.” And it takes the strength of a Wookiee to cock the weapon. Guess we’ll have to wait and see. 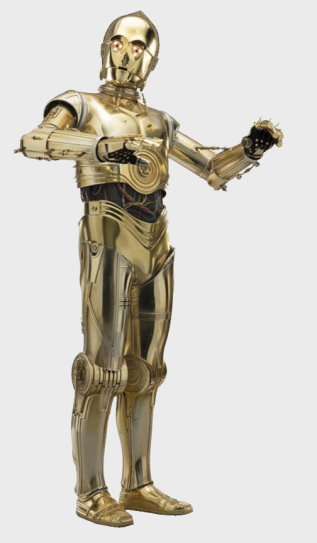 • C-3PO: OK, not much there for everybody’s favorite protocol droid. First off, I see that he is without R2-D2. I also see that he has continued to keep his regular arm as opposed to the red one from The Force Awakens.

• Rey: I am a big Rey fan and a big mythology fan. Rey doesn’t look much different than she did in the previous movies, clad all in white (like a certain Alderaanian princess). Probably no big clues here, but she still has Anakin’s/Luke’s lightsaber—Excalibur, if you will. In The Last Jedi the lightsaber was ripped apart by Rey and Kylo Ren’s Force-Pulling and was useless. It was up to Rey to rebuild it using her own Force know-how and ancient Jedi texts. Excalibur was also broken, but was rebuilt. It looks like Rey did rebuild her weapon! And she still has Han’s blaster from The Force Awakens—she’s a Jedi more like Luke Skywalker than the old school ones from the prequel trilogy. 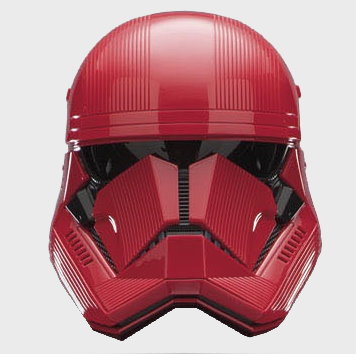 • Sith Trooper Helmet: The red armor that has been making the rounds on the Internet lately. It was also at San Diego Comic Con. He’s red. We know nothing more than that. This Stormtrooper is part of the First Order, so I’m not sure how it ties into the Sith. His action figure has a variety of weapons, but I’m going to say that it doesn’t have a lightsaber. Maybe it’s Sith in name only? I can’t wait to start seeing the cosplays for this guy…. 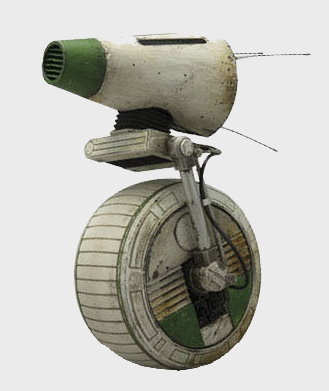 • D-0: Like a Rainbow in the Dark? BB-8’s little buddy who looks like LEGO spare parts. Is he some kind of super-spy, playing a key role in C-3PO’s spy network? Or just a droid sidekick?

Are you more than ready for The Rise of Skywalker?