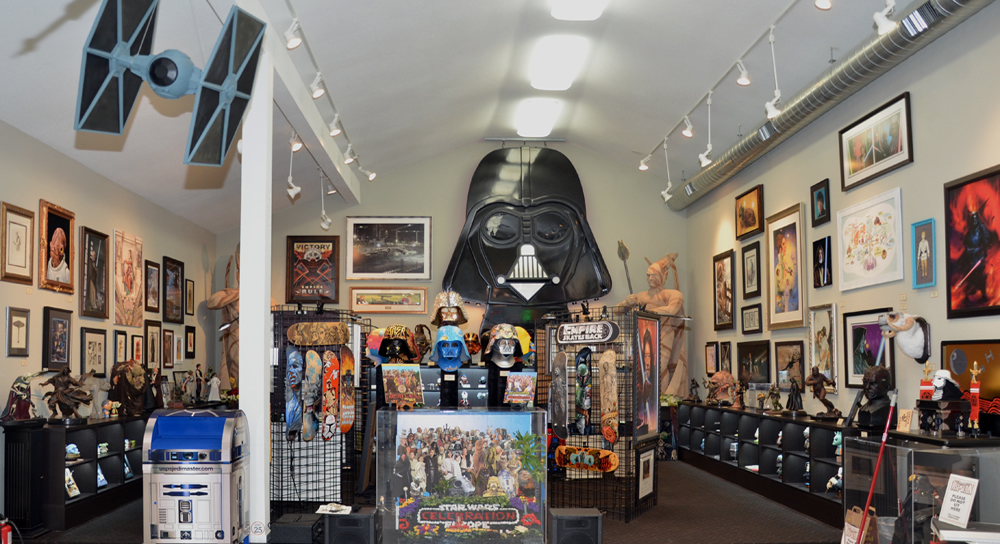 On the 11th February 2017 webmaster of Rebelscum.com Philip Wise posted some tragic news on his forum; not only had his pride and joy Rocket Firing Fett been stolen but he believed it to be somebody close to him or his friends.  Little did the community know what was to come.

On the 13th April 2017 Philip returned to post an update – the Rocket Firing Fett had been returned.  Details were initially sketchy but it was clear that at great financial risk to a fellow collector the honest thing was done and the item was returned.  The item was proven to have been stolen by none other than a trusted friend.

The Star Wars collecting community is tight-knit and the word was out.  Carl Cunningham, former respected Star Wars collector and fan, was outed as the thief and on the 5th June 2017 Steve Sansweet of Rancho Obi-Wan fame posted the sad news of multiple thefts over a period of time from the museum.  Steve was clearly badly hurt by this and considered the future of his hobby.  To this day, security has been tightened, more personnel have been employed and this was never what Rancho was about.  Rancho is a place for fun, education and sharing passion, not for trepidation as to where possible further breaches could occur.

Alexander Huls, writing for the Popular Mechanics website, has written a thorough synopsis of the events that went down including quotations from fellow uber collecting friends Zach Tann, integral in solving the case, Gus Lopez, Ron Salvatore and Steve Sansweet himself.

The text came from one such collecting comrade, Carl Cunningham. A Georgia native and longtime collector, Cunningham had been selling off a portion of his reserve to Tann over the last eight months. Tann followed instructions. He sat, and he tried to believe what his eyes were reading.

It was a galaxy far, far away’s equivalent to a Mickey Mantle rookie card. It was a purchase that would cement Tann’s membership in an exclusive enclave within Star Wars collecting—a club within a club. It was one of the rarest Star Wars collectibles, a failed 1979 prototype action figure that would fetch at least $20,000 on the open market.

Tann was one purchase away from a unicorn. The offer was too good to pass up, and Tann paid Cunningham the asking price. “I’d been working my butt off for four years, and I felt like, finally, I found my guy that’s going to hook me up with a lot of great stuff,” Tann says. “This is what every collector dreams of.”

Cunningham was away in California at the time but promised he’d get Tann his collectible once he returned home. But a little over a week later, Tann’s phone vibrated with another notification, this time a Facebook message from a friend.

The message contained a screenshot of a post on the forum Rebelscum.com, a popular Star Wars collector website. Titled “My Proto Rocket Fett was Stolen,” the post received over 26,000 views and shocked the community. “Man this is horrible. I could just imagine the gut wrenching feeling, the pitfall in your stomach. Wow. That is messed up,” said one typical reply.

You can read the full article here which covers a lot of the ramifications of the theft and how all parties are coping now.

Vote for Rancho Obi-Wan as the Best Pop Culture Museum