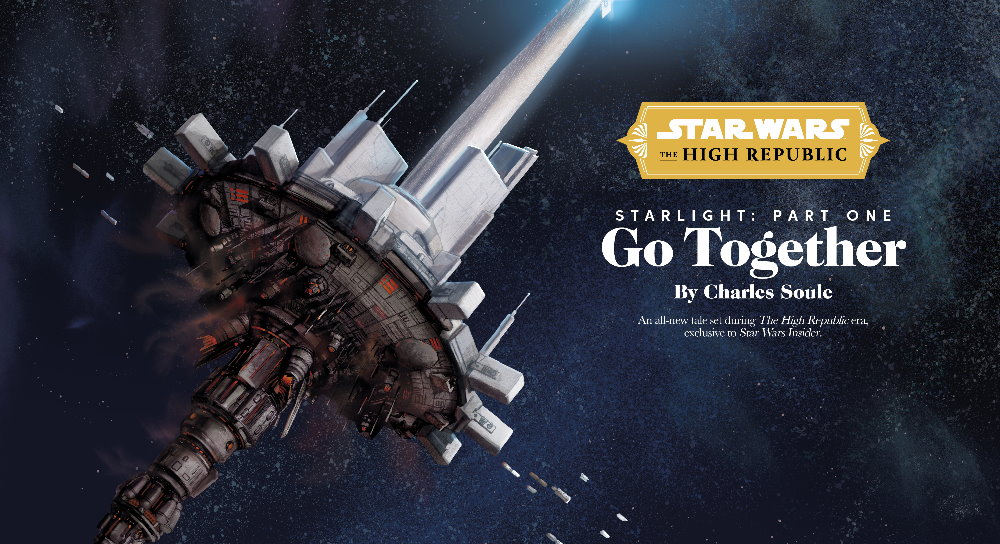 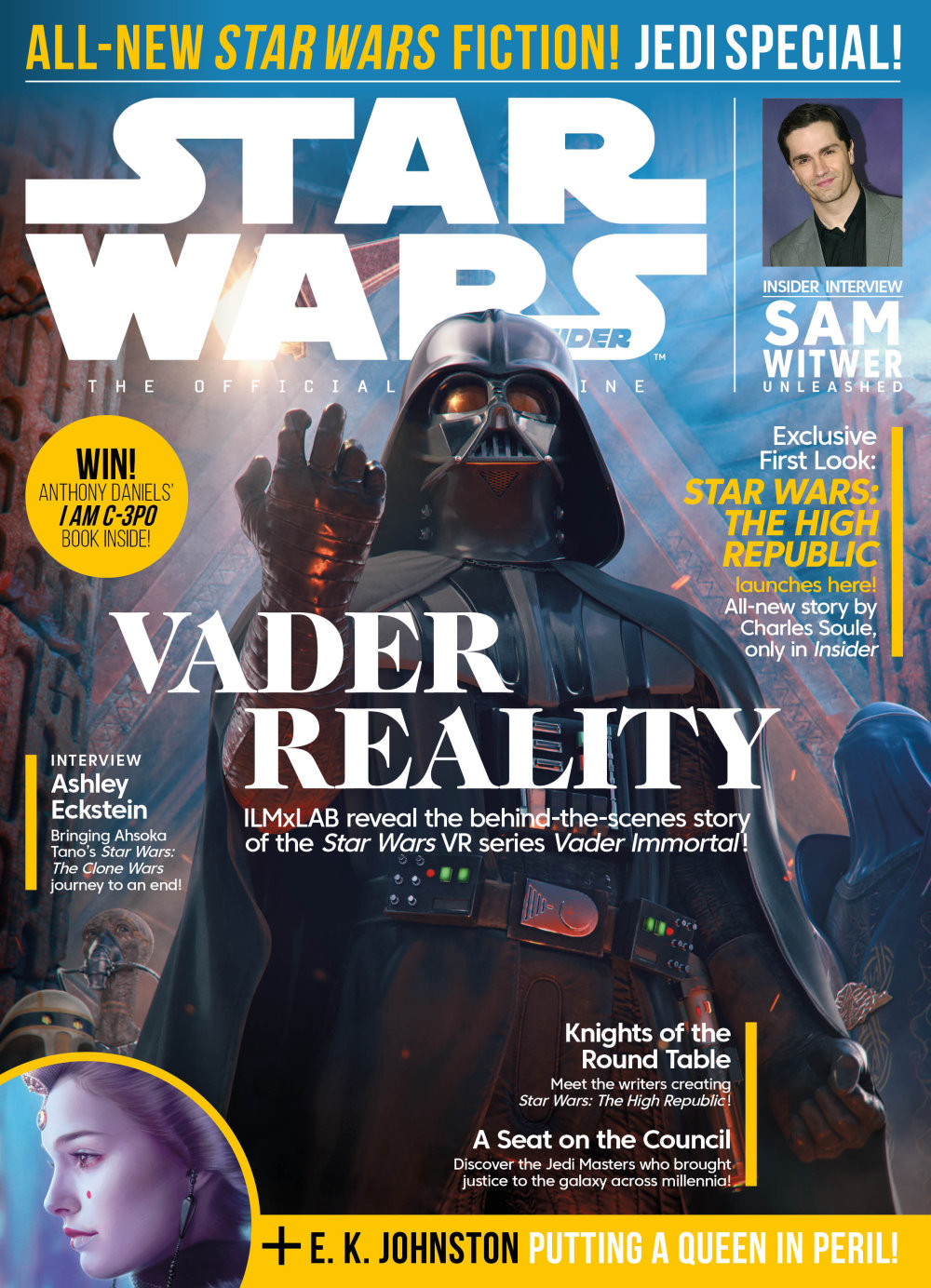 The novel and comics era of The High Republic is about to launch with Charles Soule’s Light of the Jedi on 5th January, but ahead of that momentous day – which also see’s the arrival of A Test of Courage by Justina Ireland and issue one of Marvel Comics The High Republic by Cavan Scott on 6th January – Star Wars Insider welcomes back original fiction to its pages in issue 199 and Charles Soule’s short story Starlight Part One – Go Together.

We have much world-building ahead of us, defining a new hopeful era of expansion led by Chancellor Lina Soh, an optimist who believes in a growing, unified Republic and the physical manifestation of that goal lies on the fringes of the Outer Rim; Starlight Beacon, a marvel of technology designed to be a haven for species from around the galaxy.

Starlight Part One – Go Together introduces us to the husband and wife partnership of Joss and Pikka Adren, project managers who have lived and worked aboard the Starlight during its construction. We meet them as their contract is at an end, their ride back to Coruscant and a well-earned vacation warming its coaxium ready to leave, but something has caught Pikka’s attentive eye; a power spike that while minimal is building steadily. If left, this seemingly innocuous power surge situated outside the stations Jedi Temple would continue to build to potentially devastating effect, so the vacation is put to one side and the couple race to locate and repair it. 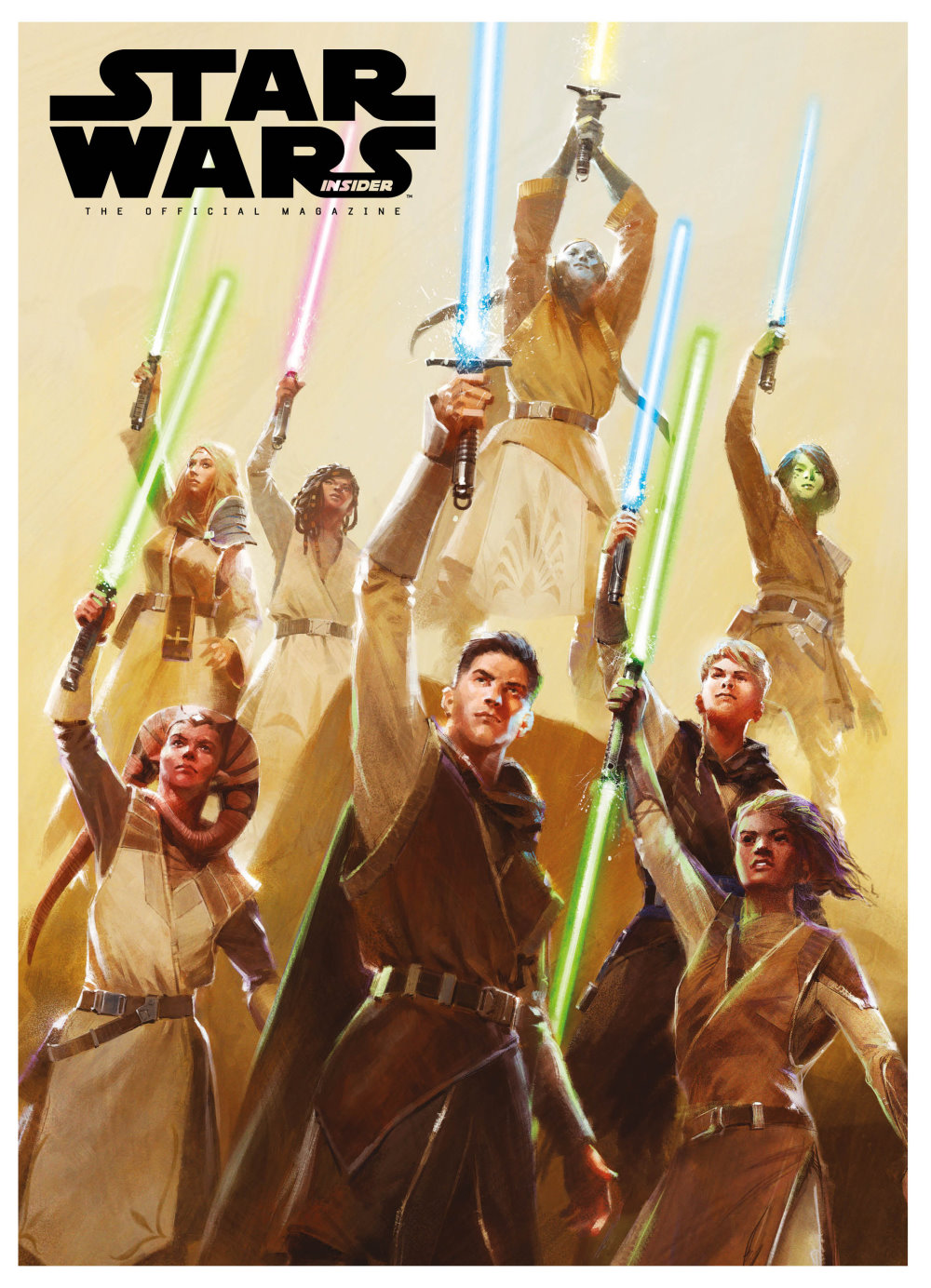 Straightforward enough, but a construction like Starlight Beacon clearly brings with it many interested eyes. As the era develops, we will learn whether or not it is the case, but while the charted galaxy of the era is smaller, it feels more connected than the era of the Skywalker Saga. Something happening on the rim during the prequels – where the Republic largely doesn’t exist – would have little effect on the interior, whereas here it reads as if news from anywhere in the galaxy could and would be transmitted across the stars. That brings with it the attention of politicians, the military and the Jedi, who are on the station as it nears its official dedication.

Eager to fix the issue and avoid distractions, the Adren’s run right into a colleague, the Bith Shai Tennem who is keen to highlight Starlight Beacon’s positives, while inadvertently slowing down Pikka and Joss. Despite the Jedi (and while not named we appear to be meeting many of the primary Jedi characters of the era) sensing something is amiss, they’re savvy enough to allow the couple to head off and stop any issues using their skill and knowledge of the station and their effortless teamwork.

In and of itself it’s a simple, linear story of working class people making a living and career within the Star Wars galaxy, but the backdrop to the ending of the first part of this tale is far more alarming, and in keeping with the excerpts we’ve read elsewhere during the build up to the launch of The High Republic. A system wide catastrophe in the Hetzal system  – population 40 billion – pulls them out of hyperspace and turns the Emissary-class cruiser they are travelling on from a cruiser headed for Coruscant into a rescue vessel, and we leave Pikka and Joss ready and willing to offer their assistance. 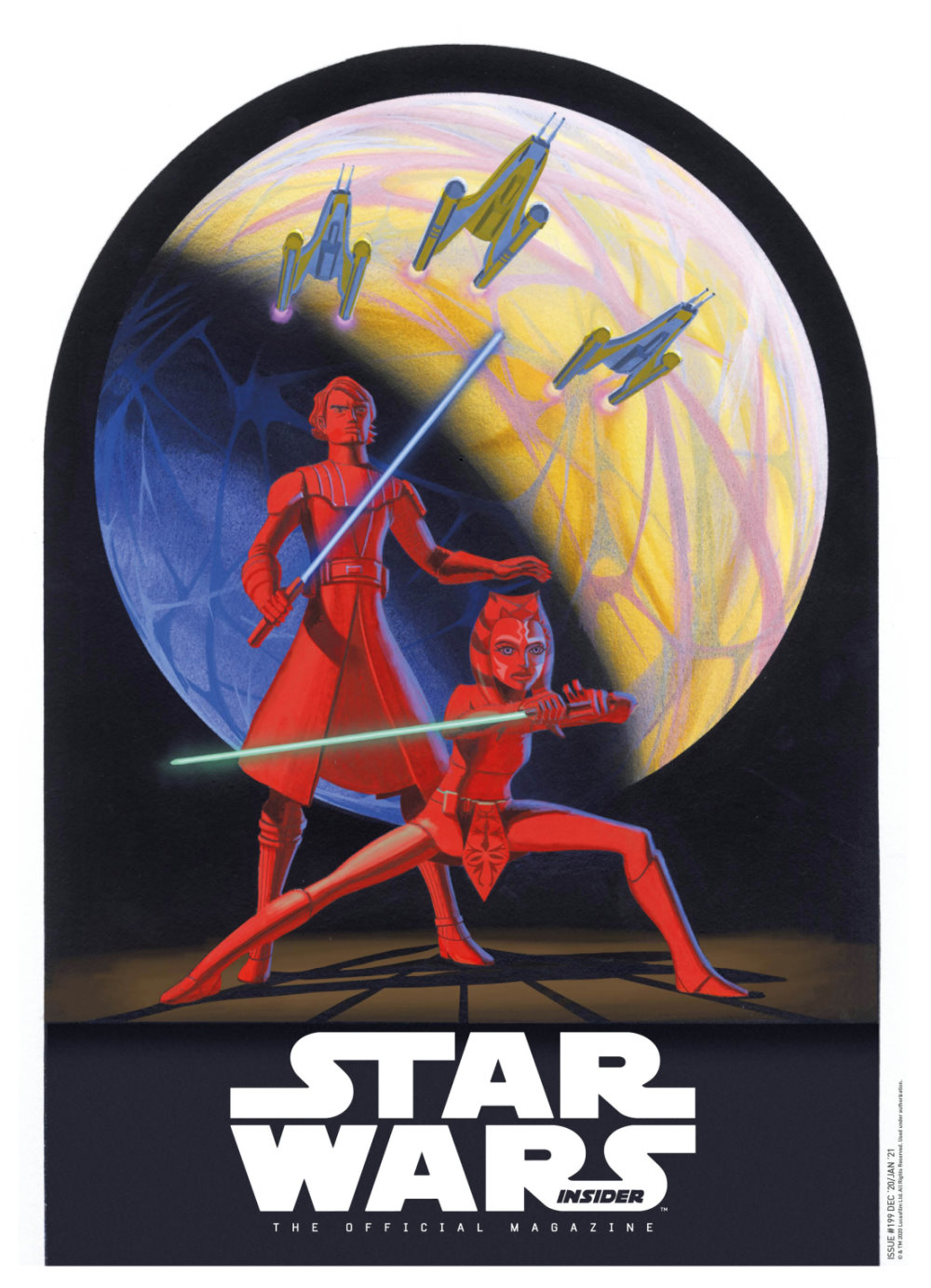 Soule brings us a snapshot of the era in Go Together, bringing us a couple of skilled professionals ready and willing to sacrifice their safety for the greater good. In the Star Wars era’s we’ve grown up with that’s a rare commodity. Ground down by conflict after conflict, the majority of people across the galaxy largely want to be left alone to live their own lives in peace. The High Republic appears to be a galaxy of enthusiasm and optimism, where people are far more open to collaboration and unity. How we got from there to the end of the era (which will be detailed in part by The Acolyte coming to Disney Plus) will be fascinating to follow.

Original fiction makes a welcome return to the pages of Insider, long overdue after too many years away. As the official magazine, Insider is the home of exclusive interviews and articles not found anywhere else, and as the Star Wars galaxy expands with The High Republic, short stories from the writers of the series makes it an even more essential subscription to sign up to.

Star Wars: The Rise of Skywalker
$19.99
Buy on Amazon This is a paid link. Learn More. Clicking the link may take you to the Amazon store servicing your country Price incl. tax, excl. shipping.  Details correct as at: 2021-04-15
Bestseller No. 2

Star Wars SW BL Oklahoma
$22.99
Buy on Amazon This is a paid link. Learn More. Clicking the link may take you to the Amazon store servicing your country Price incl. tax, excl. shipping.  Details correct as at: 2021-04-15
Bestseller No. 3

Star Wars: Battlefront - Standard Edition - Xbox One
$19.99
Buy on Amazon This is a paid link. Learn More. Clicking the link may take you to the Amazon store servicing your country Price incl. tax, excl. shipping.  Details correct as at: 2021-04-15
Bestseller No. 4

Star Wars: A New Hope
$19.99
Buy on Amazon This is a paid link. Learn More. Clicking the link may take you to the Amazon store servicing your country Price incl. tax, excl. shipping.  Details correct as at: 2021-04-15
SaleBestseller No. 5

Star Wars Skywalker A Family At War
$20.99
Buy on Amazon This is a paid link. Learn More. Clicking the link may take you to the Amazon store servicing your country Price incl. tax, excl. shipping.  Details correct as at: 2021-04-15
Bestseller No. 6

LEGO® Star Wars™: The Complete Saga
$2.49
Buy on Amazon This is a paid link. Learn More. Clicking the link may take you to the Amazon store servicing your country Price incl. tax, excl. shipping.  Details correct as at: 2021-04-15