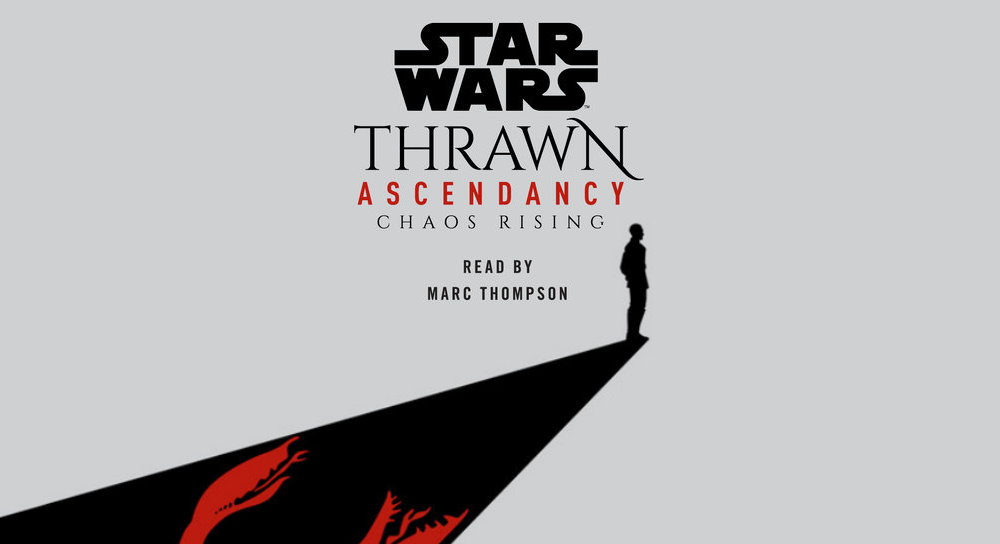 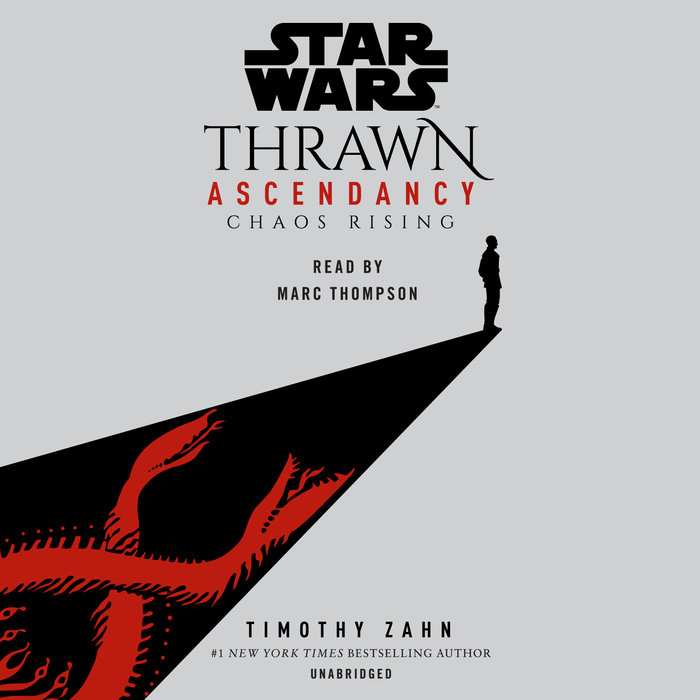 Discover Thrawn’s origins within the Chiss Ascendancy in the first book in an epic new Star Wars trilogy from bestselling author Timothy Zahn.

Beyond the edge of the galaxy lies the Unknown Regions: chaotic, uncharted, and near impassable, with hidden secrets and dangers in equal measure. And nestled within its swirling chaos is the Ascendancy, home to the enigmatic Chiss and the Nine Ruling Families that lead them.

The peace of the Ascendancy, a beacon of calm and stability, is shattered after a daring attack on the Chiss capital that leaves no trace of the enemy. Baffled, the Ascendancy dispatches one of its brightest young military officers to root out the unseen assailants. A recruit born of no title, but adopted into the powerful family of the Mitth and given the name Thrawn.

With the might of the Expansionary Fleet at his back, and the aid of his comrade Admiral Ar’alani, answers begin to fall into place. But as Thrawn’s first command probes deeper into the vast stretch of space his people call the Chaos, he realizes that the mission he has been given is not what it seems.

And the threat to the Ascendancy is only just beginning.

For almost 30 years, the character of Mitth’raw’nuruodo has been a key character in Star Wars storytelling, be it in the legendary Heir to the Empire trilogy, the Thrawn duology, comic series, his appearance in Star Wars Rebels or the recent Thrawn trilogy and now, author Timothy Zahn has the opportunity to delve back into the past of the character, as he climbs the military ladder in the Chiss Ascendancy and develop the reputation that led him to greatness.

There’s plenty to unpack in Chaos Rising. We kick off with an attack on the Chiss capital of Csilla by an unknown adversary, an attack that clearly disturbs the Chiss Ascendancy. They have a policy of not shooting first – not that they are meek by any measure – and into this scenario comes Thrawn, an up and coming officer who we see quickly clamber up the ladder over the course of the story. Dipping into the past via sections of the book called ‘Memories’ we see events happen in years past as Thrawn forms relationships in the military and the wider realms of the ascendancy including a Sky-Walker called Thalia who he offers kind words to as a young cadet, something she never forgets as her own journey progresses and fellow officers and commanders in the military who watch as he displays his unique mastery of tactics and ability to read cultures. We know he is 5 steps ahead of the room – that’s a given – and that can be an obstacle as in his consistent Sherlock Holmes manner he solves all problems set before him, but it’s the characters around him that are the most interesting here, giving depth to the Chiss culture, their society and Thrawn himself.

The young Sky-walker Che’ri holds a special ability, to help navigate the wilds of Ascendancy space of the Chaos (their name for the Unknown Regions) that surround it. Sky-walkers (a title that sounds like something Zahn would have come up with himself for such characters even if it wasn’t inspired by the character from the film) are incredibly valuable, but fragile young girls whose powers are temporary but essential. Thrawn shows Che’ri respect by not treating her like a child, and for an implacable character like Thrawn it’s how he treats those around him that helps unfold and fill in these new additions to the Star Wars cast. Admiral Ar’alani is such a character; respected and admired, her own story intercuts with Thrawn’s in the present and the past (it’s worth remembering Irizi’ar’alani is both Irizi’ar’alani and Irizi’ar’alani; Chiss can utilise several names during their lifetime), and her appreciation for his skills is evident as the Senior Captain ascends. With her backing him up, he is somewhat shielded from the mistrust his observation prowess generates. He has a barely disguised disregard for The Aristocra, the nine royal families that formed the ruling class of the Chiss Ascendancy, and his military superiors who bristle at his cool approach.

Chaos Rising builds a steady cast of characters who we will follow through the following two chapters in the trilogy, and while the story of the Sky-walkers seems set to take precedence in those books, there are others who we will no doubt have the pleasure of following. Admiral Ar’alani herself, first seen back in 2006 in the Legends novel Outbound Flight and returning in 2017’s Thrawn, her Senior Captain Wutroow, General Ba’kif amongst others, and it’s here that we need to give a big shout out to Marc Thompson, the impact player of Star Wars audio who doesn’t do impressions but gives a performance with this audio book. Every character is distinct; General Ba’kif evokes Ian McKellen while picturing Samakro to look like A Few Good Men era Jack Nicholson just makes the experience even more rewarding. Hats off to Penguin Random House Audio for the stellar work here, and roll on book 2 as we see where Zahn takes us on the next chapter in Thrawn’s near thirty year long story.

Star Wars: Thrawn Ascendancy (Book I: Chaos Rising) (Star Wars: The Ascendancy Trilogy)
$20.28
Buy on Amazon This is a paid link. Learn More. Clicking the link may take you to the Amazon store servicing your country Price incl. tax, excl. shipping.  Details correct as at: 2021-05-10