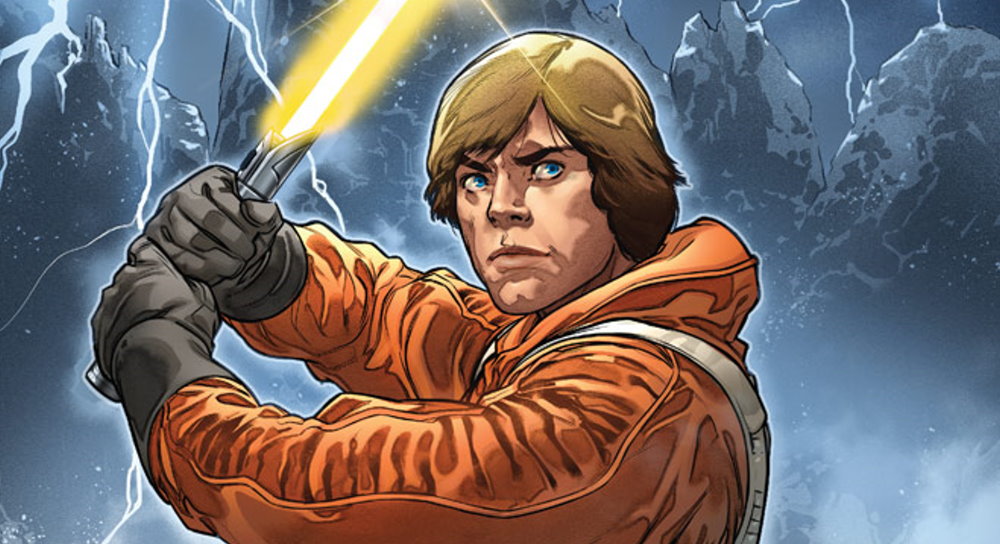 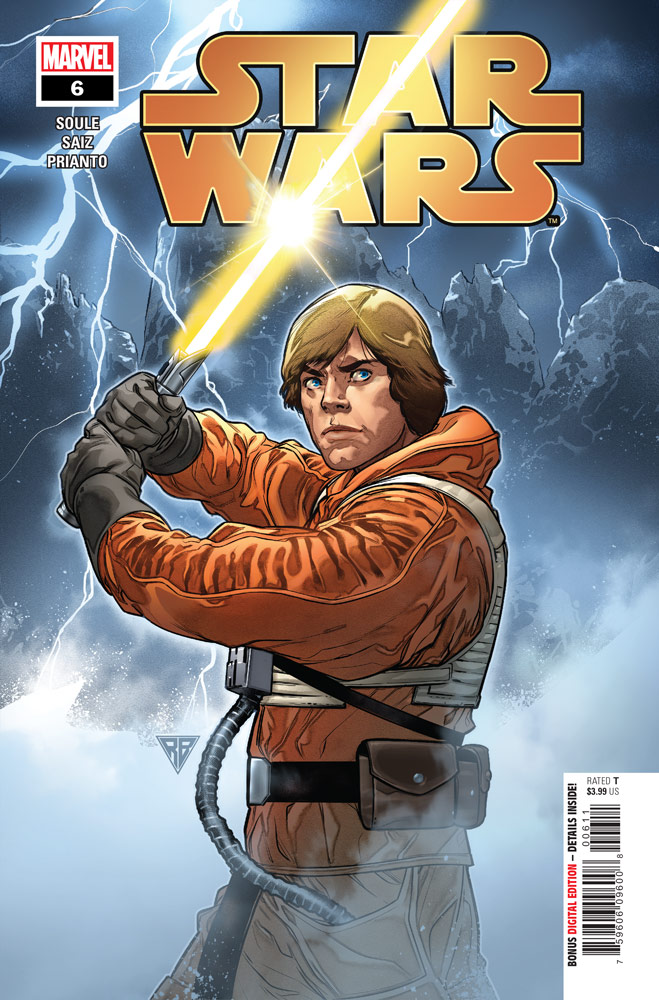 Luke is more determined than ever to become a Jedi despite the shocking revelation. Visions of a mysterious woman guide Luke to the planet Serelia, but instead of answers, Luke is ensnared in a deadly trap….

As Luke searched for his missing lightsaber and answers to deeper questions, his journey led him to Serelia, where the end of the last issue saw the young wannabe Jedi trapped in a watery prison, and as he almost succumbs to the lack of oxygen it’s his trusty astromech who once again saves the day, stunning the mysterious Verla and then Luke himself, shocking him back to consciousness.

Awkward moments aside, they begin to talk. Verla knows that Anakin Skywalker became Darth Vader, and another piece of the puzzle falls into place for Luke. No confusion, here’s confirmation that Vader was Anakin, and Anakin was his father. As we watch Luke cook a fish (in a fun nod to The Last Jedi) we flash back to earlier days as Verla is hunted down by Vader, her destiny as a Jedi leading to a life on the run and in fear. She wanted none of it, turning her back on the Jedi and the Force and living a life in hiding. While Luke is a sore reminder of bad times she left behind, she is sure to warn him of the trap of the Force, be you Jedi or Sith, but as they part she gives him the location of an old High Republic Jedi temple on Tempes, in the Outer Rim.

Entering the temple Luke finds a saber as promised, but also an Inquisitor, who attacks as Luke ignites the yellow-bladed lightsaber to defend himself as we turn our attentions elsewhere to Vader as he receives a report from Commander Zahra as she informs him of the Empire’s discovery of the Alliance’s seventh fleet. Vader is pleased, but pauses as he orders his crew to take him to Tempes, where Luke is still fighting the Inquisitor – looking very much like the character we knew from Star Wars: Rebels, even down to his double-bladed lightsaber – and as Vader arrives that thought is solidified as we learn this Inquisitor has long served the dark lord in a never-ending living death.

Returning to the Fourth Fleet, Luke is reunited with Leia and co as the issue ends with him igniting that yellow saber, giving a sliver of hope to the Alliance in an issue that opens with talking heads, but with plenty of meaning and foreboding and ends in action and promise of further adventure. There’s a lot to unpack here; Luke is flat out told that Anakin and Vader are the same person. Does he believe that? We know that until Yoda confirms it in Return of the Jedi a year from now he doesn’t entirely, and we also see a yellow-bladed lightsaber, possibly the same crystal as the one Rey ignites at the end of The Rise of Skywalker. Add to that the current flavour of the month, a mention of The High Republic – mirroring the ubiquitous, franchise-wide nods to Galaxy’s Edge a couple of years back – and you have another busy, thought-provoking issue. Charles Soule is pulling no punches here, and while some of the choices have felt out of step with where we always believed Jedi took us (for example visiting Tatooine and Bespin so soon after the events of Empire) there’s plenty to get excited about, and that’s making this latest run through the timeline a must-read title.

Star Wars: Squadrons - PlayStation 4
$22.99
Buy on Amazon This is a paid link. Learn More. Clicking the link may take you to the Amazon store servicing your country Price incl. tax, excl. shipping.  Details correct as at: 2021-07-27