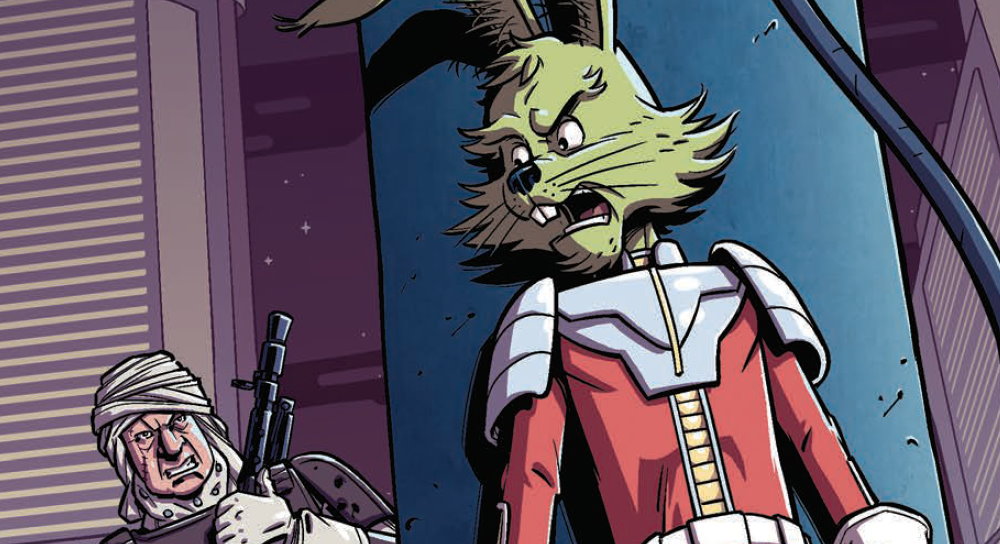 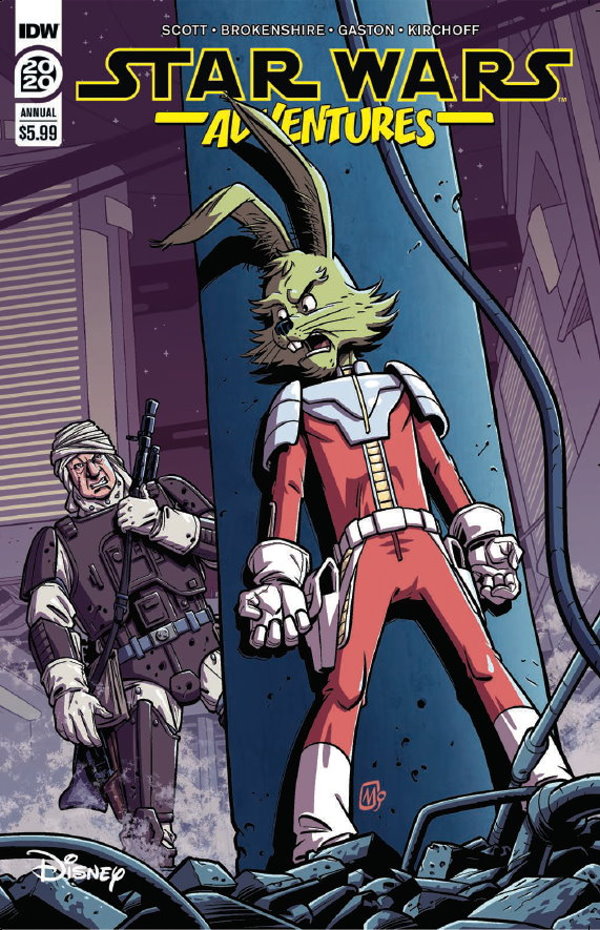 Framed for a crime he didn’t commit, Jaxxon finds himself at odds with the Empire, the Rebellion, and his ex-partner Amaiza Foxtrain!

Co-starring Luke, Leia, Han, and Chewie in the days leading up to The Empire Strikes Back!

Plus, an all-new tale of everyone’s favorite droid bounty hunter from The Empire Strikes Back-IG-88!

In the 3 years since their first Star Wars issue, IDW and their Star Wars titles have struck a sweet balance between the modern and the nostalgic, bringing current stories in a style that feels far more the natural successor to the classic Marvel run of the 70’s and 80’s than the recent titles from the House of Ideas. Pitched at younger readers, there’s a brisk, busy energy about these stories that harken back to more innocent times, and their latest Star Wars Adventures Annual, the 3rd released so far, hits that nail on the head once again.

Kicking proceedings off – literally – we have ‘Rabbit Hunt’, by author Cavan Scott and artist Franchesco Gaston. We join the rascally Lepi Jaxxon as he is ears deep in a game of sabacc, one he is winning until his hulking opponent loses his cool and all heck breaks loose. Enter his goons and Dengar (I dare you to not hear Simon Pegg and his exaggerated Cork-Knee accent when reading it) who are all trying to apprehend and claim the bounty on the buck-toothed trouble-magnet. A dodge into a side alley sends him barrelling into Han, Luke and Chewie who are after Jaxxon and his partner in crime Amaiza Foxtrain, who long-time readers will remember from those early, post A New Hope Marvel issues. As ever there’s a twist, as the Lepi sidekick with Amaiza isn’t Jaxxon as the Rebels believed but his cousin Reegor (read that name backwards before continuing) and Jaxx agrees to help the Alliance get their hands on some stolen transit chips which will help them gain access through blockades all the way to Coruscant.

To ay any more would spoil the fun of the surprises in store, both written and drawn, but suffice it to say Amaiza has fox in her name for good reason, Lepi breed very much like rabbits do here on earth and the double-page overview of the streets of Valtos is worth the price of purchase alone. Franchesco Gaston crafts a gorgeous picture while Cavan Scott is adept at drama, horror and humour, bringing us a bunch of knowing winks and nods that just about stay on the GFFA side of the 4th wall. Seeing Jaxxon back (as Scott exclusively revealed during the Fantha Tracks podcast panel at Celebration Chicago 2019) is a joy, his journey back to relevance a fun ride and let’s hope it’s not the last time we see him in an IDW comic.

The second story of the annual is ‘A Rebel Bounty’, written and drawn by Nick Brokenshire, which tells a tale of IG-88 as he hunts down a unique quarry. Once again, this evokes the classic Marvel issues, but not the ones you might imagine. The UK monthly of the early 80’s were fortunate enough to feature a handful of UK only tales from writers including the legendary Alan Moore. Quirky, odd, and very much in the vein of the 2000AD progs of the time, these black and white stories had a spooky edge that made the galaxy feel far more stark and cold than the other, more colourful stories that were happening in those glorious Empire to Jedi days. Here, Brokenshire focuses on IG-88 as he tracks down a Grand Engineer, a tech mage the likes of which hasn’t been seen for decades. In the vein of the Tales of the Bounty Hunters short story ‘Therefore I Am: The Tale of IG-88’, the bounty hunting battling droid is looking to expand beyond his original programming, and while not aiming to become the memory core of the Death Star as he did in that explosive short tale, he does wish to learn the Grand Engineers secrets.

Nick Brokenshire is currently creating for 2000AD and that very British influence is clear here, both in the story and the artwork, which is zoom-in, Where’s Waldo gorgeous in its detail and delivery. To take IG-88, a previously tough character to add depth to in the pre-IG-11 days, and drop him into an adventure that showcases his skills of deception and destruction is a neat trick, and one he pulls off. The more serious in tone of the two stories, this compliments Scott’s rabbit romp perfectly and makes for a enjoyable double-dip into the Star Wars galaxy that should entice readers to keep coming back for more.

Star Wars Adventures: The Clone Wars - Battle Tales
$13.49
Buy on Amazon This is a paid link. Learn More. Clicking the link may take you to the Amazon store servicing your country Price incl. tax, excl. shipping.  Details correct as at: 2021-02-24 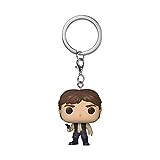