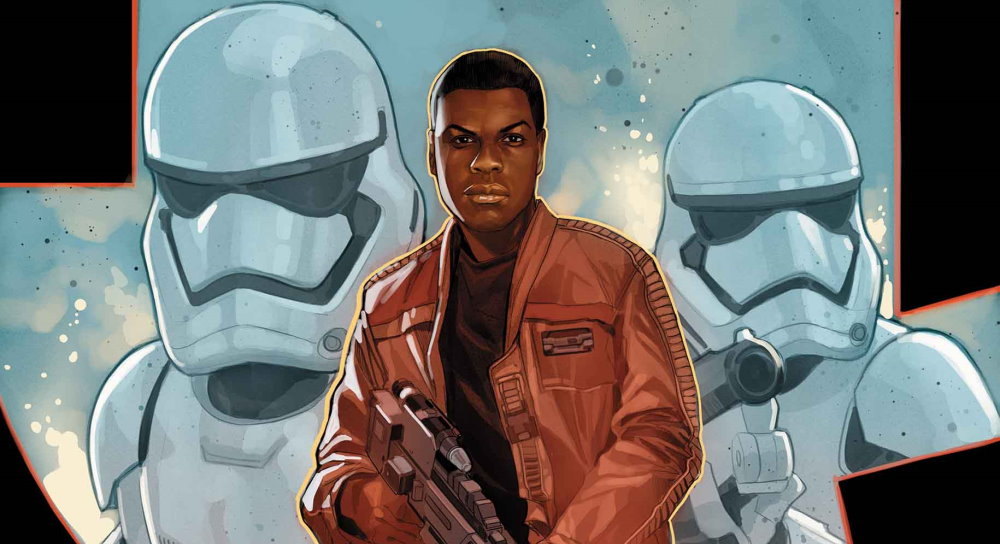 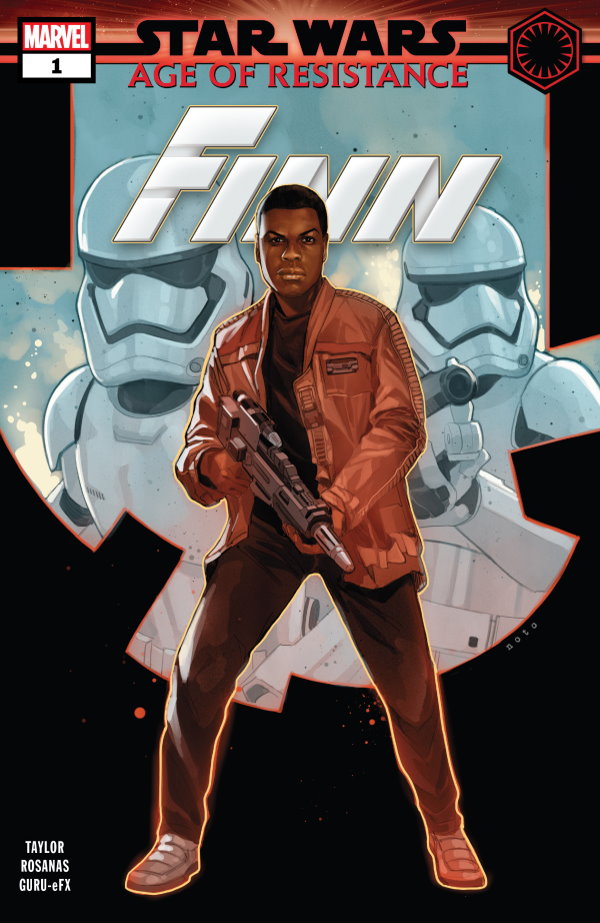 The Republic maintains peace and order in the galaxy after the fall of the Empire. But the evil First Order, modeled after the old regime, rises in its ashes.

And with an untold number of powerful weapons of war and legions of dogmatic stormtroopers at its disposal, the First Order stands poised to overthrow the new galactic government.

But there may be one trooper who isn’t totally buying what the First Order is selling….

One of the more troublesome elements of many of the Disney era characters is the lack of scope for storytelling. Jyn Erso had her finest hour during the events of Rogue One, while Rey – pre-The Force Awakens Rey – did little other than scavenge on Jakku for survival. The past of Kylo Ren is only now being unveiled, which means so far the character with the most development in the 4 years since TFA is Poe Dameron, a hot shot pilot who can occupy the centre of any classic battle story. Of the new ‘big three’ that leaves Finn, and this Age of Resistance story by Tom Taylor attempts to spin a tale of Finn in the First Order that shows the big heart he displayed so charmingly in Episode VII.

We join FN-2187 aboard Starkiller Base, deep in the 7G sector of the Unknown Regions, where he is mopping the walls and floors of the base. It’s an obvious nod to his throwaway line in The Force Awakens, but – as with many of the glib lines in that film – it’s taken too literally by subsequent writers, to the degree that FN-2187 is literally holding a mop, just like any other mop you might buy at a hardware store here in the 21st century. FN-2187 is inspected by Kylo Ren and Captain Phasma and sent down to the cleaning crew, where he is seconded into wiping out some toothy vermin in a tunnel.

Surprisingly, they’re not rathtars but native bat-like creatures who attack until FN-2187 turns the flamethrowers on them (and his captain, who is none too impressed despite wearing protective armour). FN-2187 learns that these creatures are native to the world, informs his captain to no avail and is sent off on a three month haul to the garbage moon of Maher where he releases the creatures to their freedom.

It’s a well written story, one where the voice of John Boyega as Finn is easy to imagine. We know Finn longed for a life away from the First Order, but didn’t know how to achieve it. Clearly in this story he wasn’t at that point in the process, as he has an obvious chance to bail and skip town, but his dissatisfaction with their ways is becoming apparent, and while it might be a simple and linear story, the seeds of his future treachery (in the eyes of his fellow officers at least) are sown.

Like many of the Age of issues there’s little in the way of plot, but in this case a little plot goes a long way and despite some convenient elements (the mop, the alien creatures trusting him right after he flambéd a number of them) it’s a breezy enough story that gives some background to the character of Finn and why he was so desperate to ditch the First Order and join the Resistance. You could argue that of all the momentous decisions made in The Force Awakens (to kill Han, or not to kill Han), the bravest was Finn deciding to leave the First Order. This small tale partly shows us why he made that choice.

The script and story by Tom Taylor are fun, the artwork by Ramon Rosanas and GURU-efx attractive and as always the cover by Phil Noto is stunning. Add this to the positive pile of Age of entries.