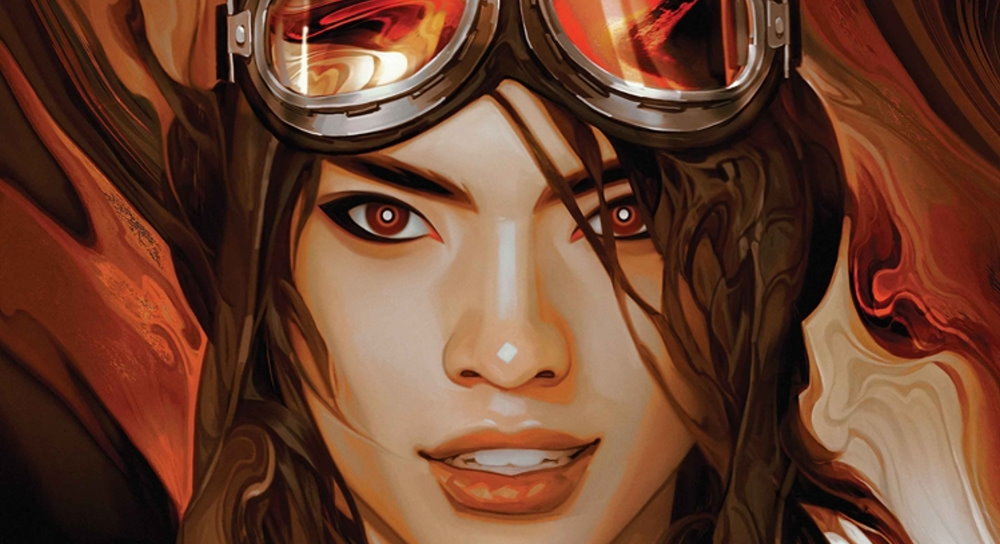 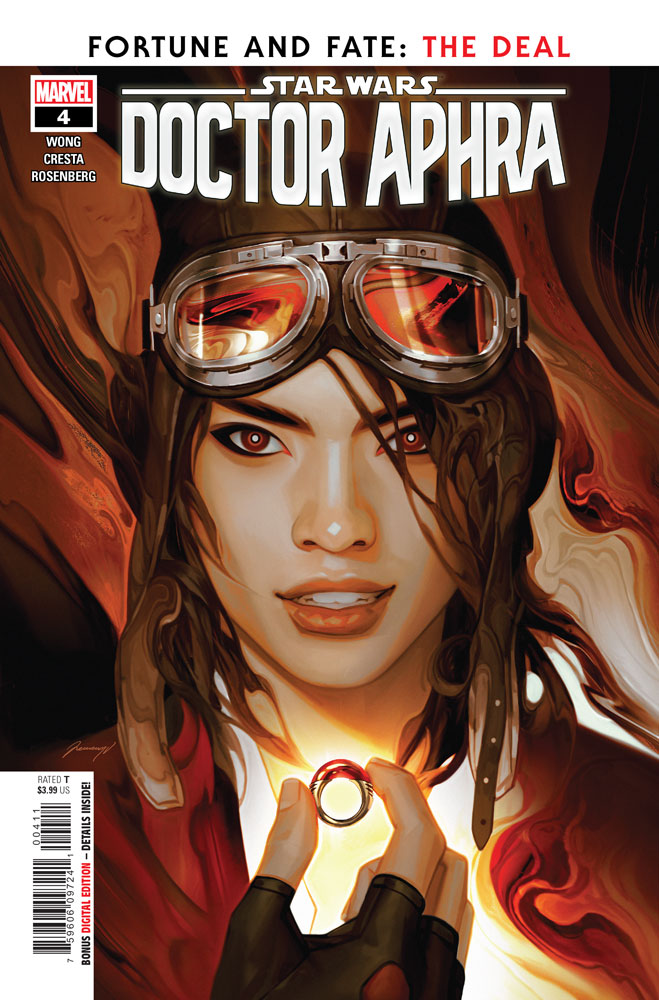 FORTUNE AND FATE part 4 THE DEAL

Doctor Aphra and her team were hired by Detta Yao to find the Rings of Vaale, mysterious ancient artifacts of untold power.

There’s just one tiny but extremely dangerous detail—Ronen Tagge, scion of the infamous and insanely powerful Tagge family, has his eyes on the prize.

Aphra’s team tracked the rings to an ancient city made of living bone on Dianth. But they were separated right before Tagge’s mercenaries arrived. Fortunately, Aphra activated the city’s booby traps and escaped capture while Eustacia found one of the rings!

Unfortunately, Detta’s double-crossed Aphra. Oh, and so has Just Lucky! It’s a bit of a mess…

Doctor Aphra and her team; Black Krrsantan and Just Lucky were hired by budding Shadow University graduate Detta Yao to find the Rings of Vaale; a mysterious pair of rings that legend has it grants the wearer eternal life and (and more importantly) eternal fortune. Teaming up with ex-flame Professor Eustacia Okka, Aphra and co have made their way to an ancient city made of living bone on the planet Dianth.  Hotly pursued by Ronen Tagge, scion of the incredibly rich and insanely powerful Tagge Family whose latest obsession is obtaining the rings for himself.

Whilst exploring the eerie city, Aphra and her team have been waylaid by Tagge’s goons. Part 3 saw Aphra being double crossed by not just Detta Yao but also Just Lucky, who was working for Tagge all along. Stuck in the Catacombs of Vaale make their way through the old sewer system of the city to try and catch up with Just Lucky and retrieve the rings. This is the second time in this story whereby we can draw direct comparisons and see aspects of  Aphra reflected in one of her team

Having a character double cross Aphra for their own ends isn’t anything new but in a way that im sure even the good Doctor would find poetic Just Lucky’s betrayal isn’t all that seems and as we learn is motivated by helping his brother. Whilst with most Aphra adventures you expect a double cross, although usually by the Doctor herself, Alyssa Wong has kept this story feeling fresh and alive and yet familiar; swap Dr Aphra for a Dr Jones and the story would still work but this still feels like authentic Star Wars to me.

In a panel that is reminiscent of a scene from The Mandalorian Chapter 14 we see the Arc Angel III obliterated by an orbital bombardment. But fortunately for Aphra (and Star Wars publishing) they’re not stranded for too long as they stumble upon a functioning High Republic era starship, as far as I’m aware this isn’t a Longbeam or a Jedi Vector but as Wookieepedia puts it, an unidentified High Republic starship. Long live the Arc Angel IV?

The previous two issues saw a real focus on the eerie horror like art design of the city and it’s a shame that the “Screaming Citadel” has already been used as a title already but this episode saw less focus on that yet at the same time we get an explanation as to why the different members of the team were seeing hallucinations and hearing the voices. The concept of having the city whisper or sing to their victims is a plot point that I feel could have been explored further.

Marika Cresta’s artwork continues to work beautifully for this series and Rachelle’s Rosenberg’s colouring makes for a great accompaniment of it with the images feeling bold and not overly vibrant.

As with the previous 3 parts to this story part 4 is a easy quick and enjoyable read and as always with Dr Aphra I find myself reading with my tongue in my cheek and this issue is no different.

For me personally I find Aphra’s adventures are best read in a single run either by reading the trade paperback or collecting the parts and settling down for an hour or so for a afternoon of high adventure.

Doctor Aphra (Star Wars)
$17.48
Buy on Amazon This is a paid link. Learn More. Clicking the link may take you to the Amazon store servicing your country Price incl. tax, excl. shipping.  Details correct as at: 2021-05-16