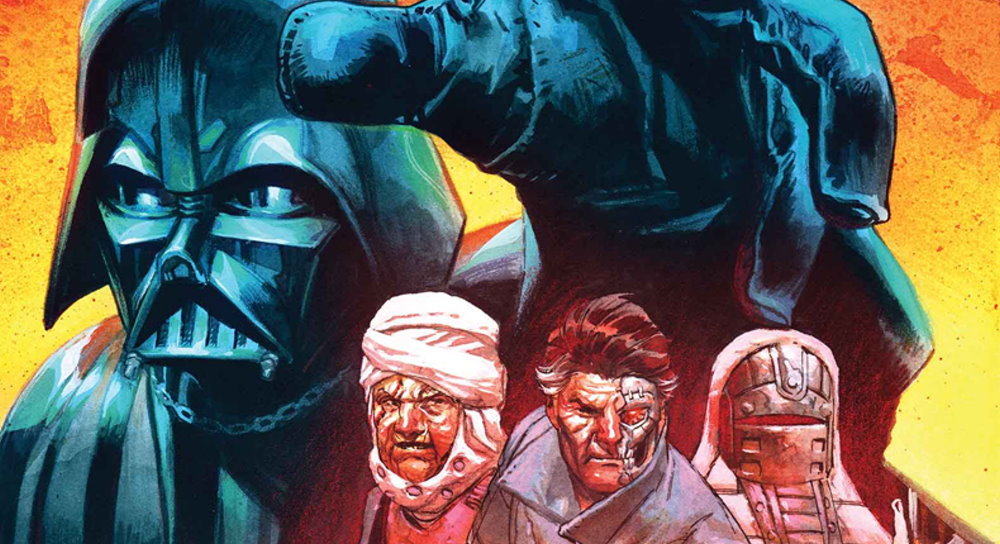 With the power of the dark side of the Force at his command and the might of the  Empire to unleash, Darth Vader is the most dangerous being in the galaxy. But he is not without challengers.

The cyborg Beilert Valance, along with fellow with bounty hunters Honnah, Urrr’k, Chio Fan [sic] and Dengar, have been contracted by the mysterious organization the Hidden Hand to achieve one goal: Kill Vader.

And Valance’s team has finally sprung their deadly trap for the dark lord….

The trap for Darth Vader is set, and if you were expecting issue 4 to be the one where the wheels come off the wagon then as the dread pirate Roberts said, get used to disappointment. Once again the issue rattles on as Valance and his crew prepare to spring the trap and the crew of the Star Destroyer left above – not the Formidable, which was destroyed last issue – prepare to scramble fighters, which will take 15 minutes, long enough for Vader to see off his attackers.

Cool heads fail to prevail as the attack begins, and the issue takes us into the past. Why did these bounty hunters agree to throw in their lot with Valance, apart from the financial reward and the underworld kudos of killing Vader? We learn why as Chio, Honnah and Urrr’k (who is revealed to actually be a sniper called Gita) all get flashbacks showing why they are motivated to get revenge on the dark lord. With Valance needing to be close enough to employ the E.M.P device, despite the plan appearing to go south, he gets his chance, only for the final page to reveal he has been betrayed by Dengar. No wonder Vader used him again to hunt Han Solo in The Empire Strikes Back. 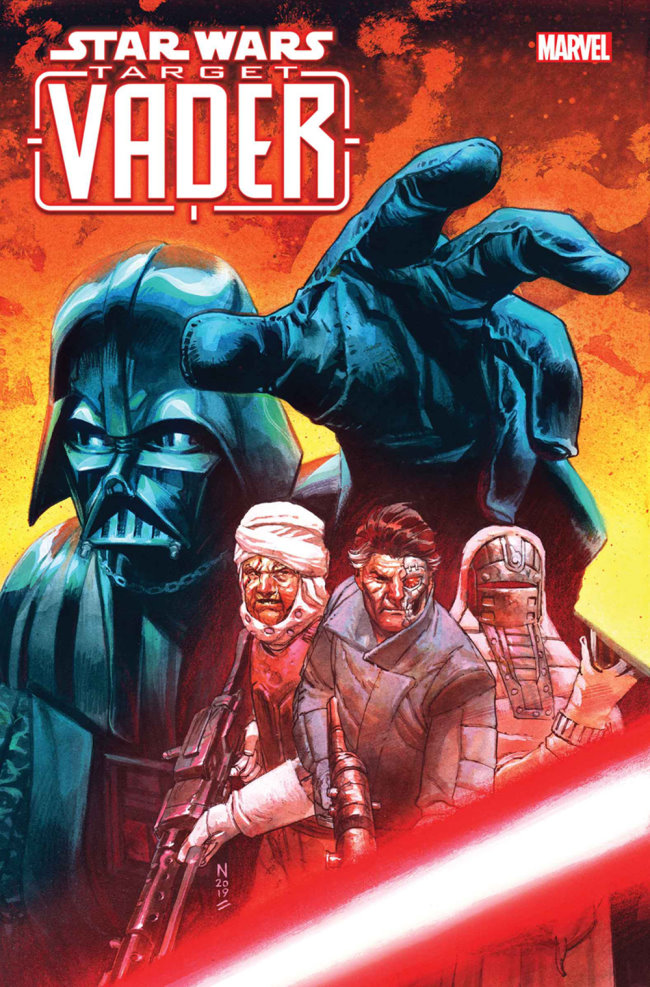 It sounds simple – and it is – but the way it rolls out is top notch, and shows the ruthlessness of Valance. Not to say that his fellow bounty hunters were there to be expendable, but it’s no surprise that they fall. Valance knows that; it’s all about getting that shot, and the big win of the issue is he gets that shot – he’s close enough to slap the device on Vader for the win, but Dengar has defanged him. All through the series we’ve seen just how dangerous the underworld is, how untrustworthy people can be. To navigate it takes a special kind of character, and to roll that up in Valance, one of the very first EU characters, has been fascinating to watch.

Two issues to go and so far writer Robbie Thompson and artist Stefano Landini along with a top notch colouring team have not only made this a series that’s very easy on the eye but satisfying to read and digest. I want to see more of Valance, travel the galaxy on missions that are more than simple hits, see wretched hives through his perspective. Vader coming into the story makes it a ‘main event’ storyline, and so far it’s dodged the bullet of the obvious ending – the final two issues should be a treat to see how the team bring it home.