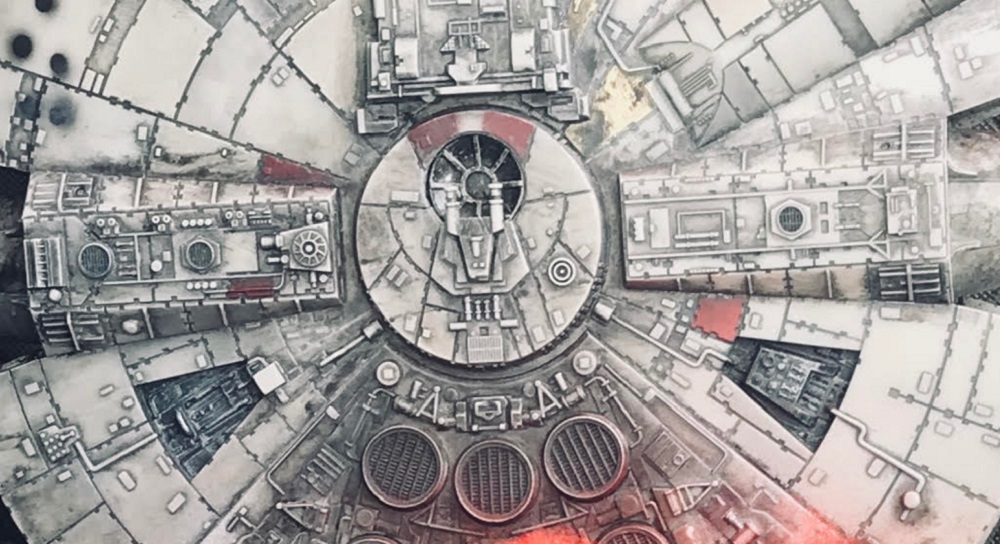 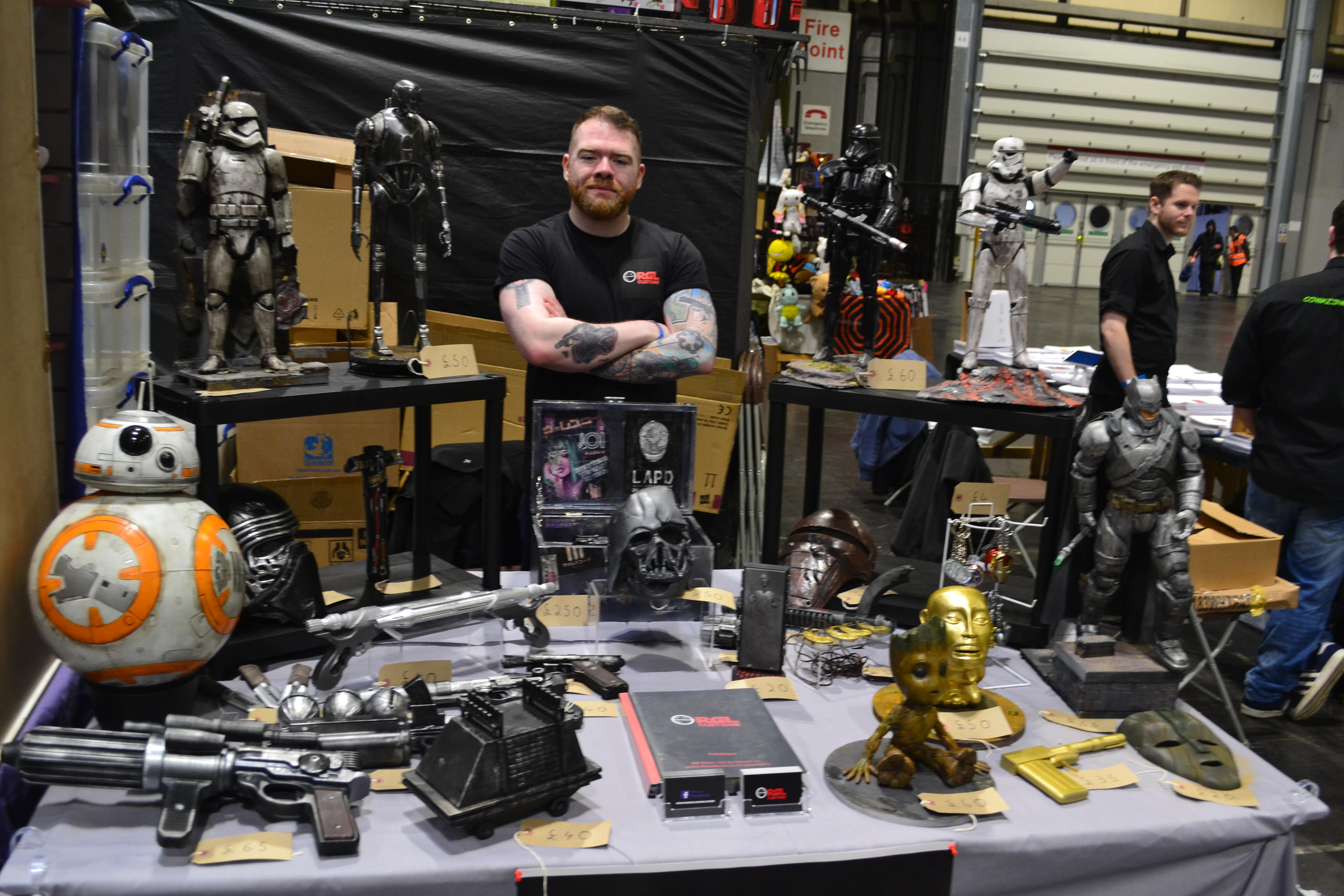 Our series of interviews “From different points of view” highlights Star Wars fans from across the world.In this series Star wars fans can share Star Wars fandom from their point of view and how it has influenced their lives and the direction it has taken them.Our next point of view is from Reece Lawlor from RGL Customs. We met Reece at MCM Birmingham in March. Reece has been a lifelong fan of Star Wars and now has taken his fandom to another level.

FT: What is your first Star Wars memory and what got you hooked?

RL: So I remember standing outside of my local cinema in 1997, and looking at this cool poster that had some amazing art of these characters I’d never even heard of before, and asked my mum what it was for. I think a couple of days later after a brief explanation I was introduced to Star Wars: A New Hope, when they were re-released theatrically and was blown away at how cool and excited I was to watch more! That’s when I was hooked!!

FT: To date what has been your best Star Wars Experience? 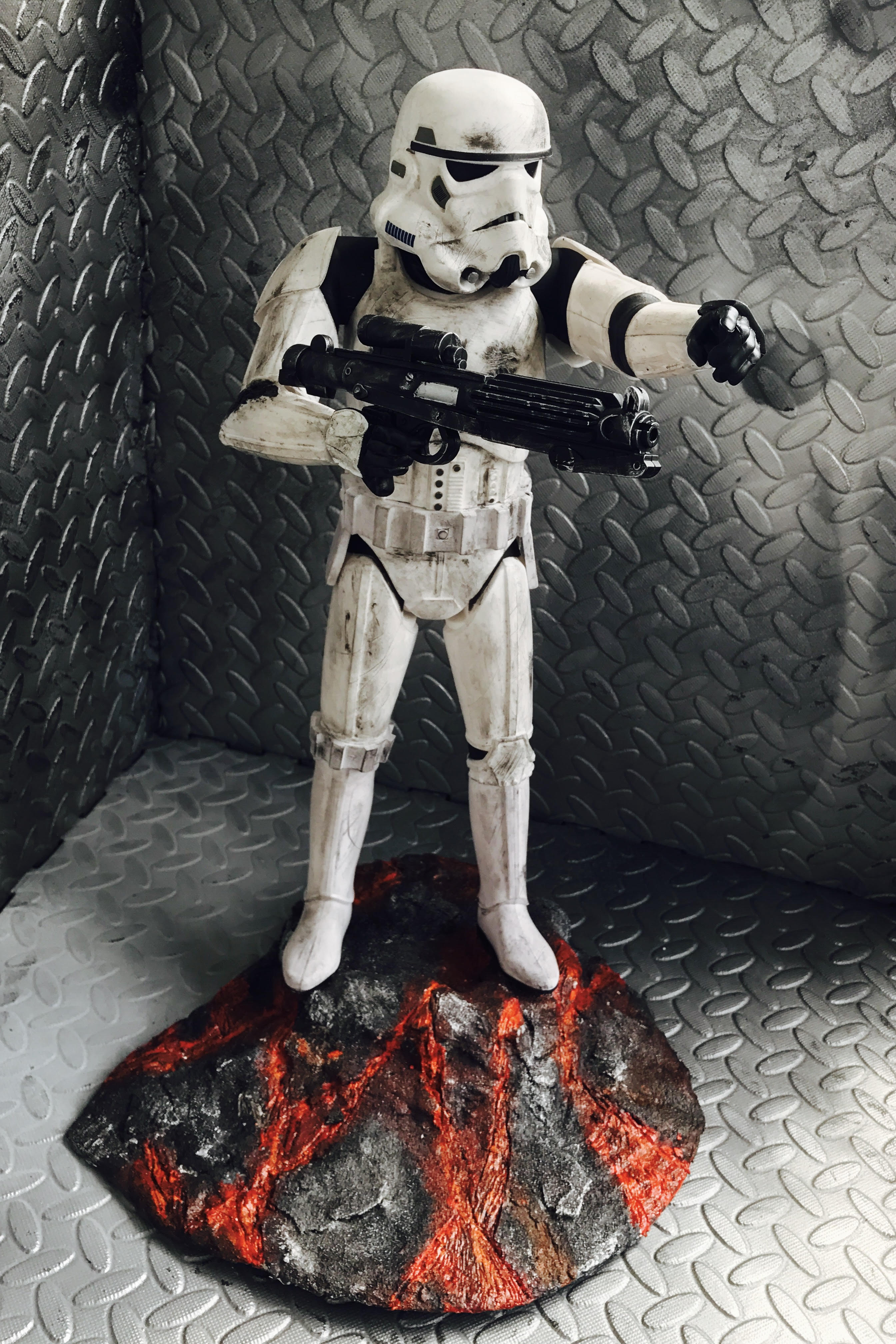 RL: Attending Star Wars Celebration London 2016. It was a weekend of being transported to a galaxy far far away and being surrounded by thousands of like minded people all eager to share their passion for star wars. My best friend and I queued all through the night to get wristbands for the rogue one panel, and the Carrie Fisher one also, it was very entertaining and a weekend that will not be forgotten.

FT: Are you a collector of all thinks geeky if so what are your prized Star Wars possessions?

RL: I’m not one to collect a massive amount of merchandise, only the occasional pop vinyl or really cool looking pieces that catch my eye. My most prized star wars possession isn’t an item, but a whole arm sleeve of Star Wars tattoos, love it and am looking to expand on that even more soon.

FT: This love all geeky stuff led to RGL Customs, can you tell us about it?

RL: It all started roughly two years ago, where I started to actually design and customise various items in my spare time. I would take a figure or a vehicle and make them look more realistic and screen accurate, and just display them in my room. It wasn’t until my best mate suggested the idea to start a Facebook page last year, as a way to show my pieces off to people and display some of the customs I had created. Its been an amazing journey so far with all the kind words from fans of the page, its very humbling to hear such positive words about my work! 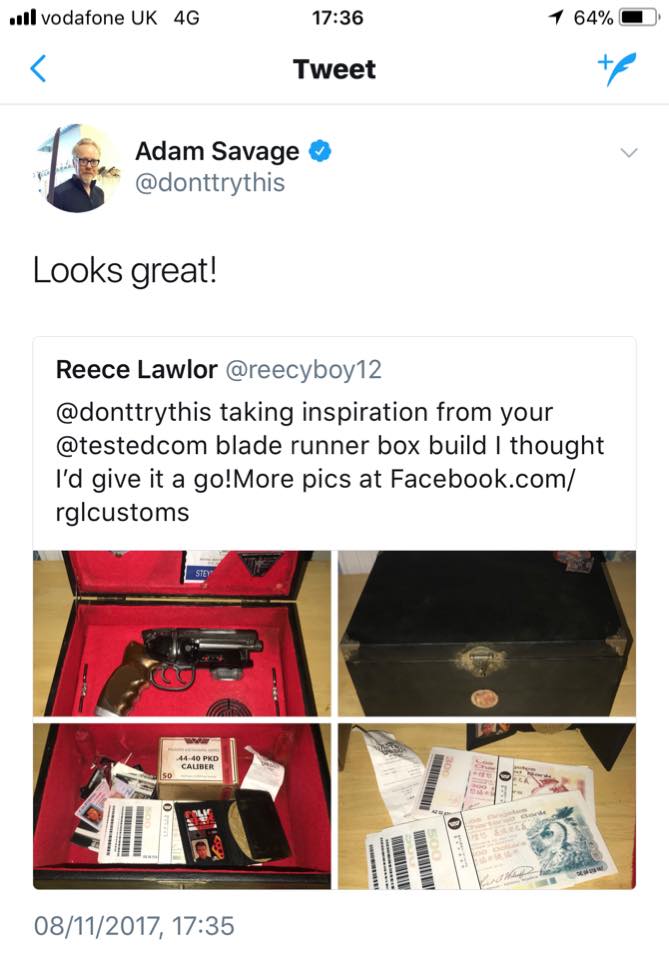 FT: We saw that Adam Savage commented on your work, have you been in touch with him?

RL: That’s been one of the many highlights on my journey so far since creating RGL Customs. I had been inspired to attempt my own version of a blade runner blaster box, off the back of watching one of his one day build videos on YouTube. I made my own version, tweeted him, and he messaged me to say that he loved it! I consider him to be one of the best prop makers around so to get recognition from him in regards to one of my pieces of work was a great feeling.

FT: When making new replicas, how do you decide what model to build next?

RL: I literally might see something in a film or a comic book, whether that be a prop or a scene, and just get some rough ideas in my head about how It could all come together. From there its just a matter of getting creative with the materials I have to make it happen, and getting close to the image I have in my head of what I want the finished piece to look like.

FT: What are you currently working on?

RL: At the moment there are a couple of Avengers: Infinity War pieces, along with some Star Wars items, to celebrate the release of the upcoming Solo film. 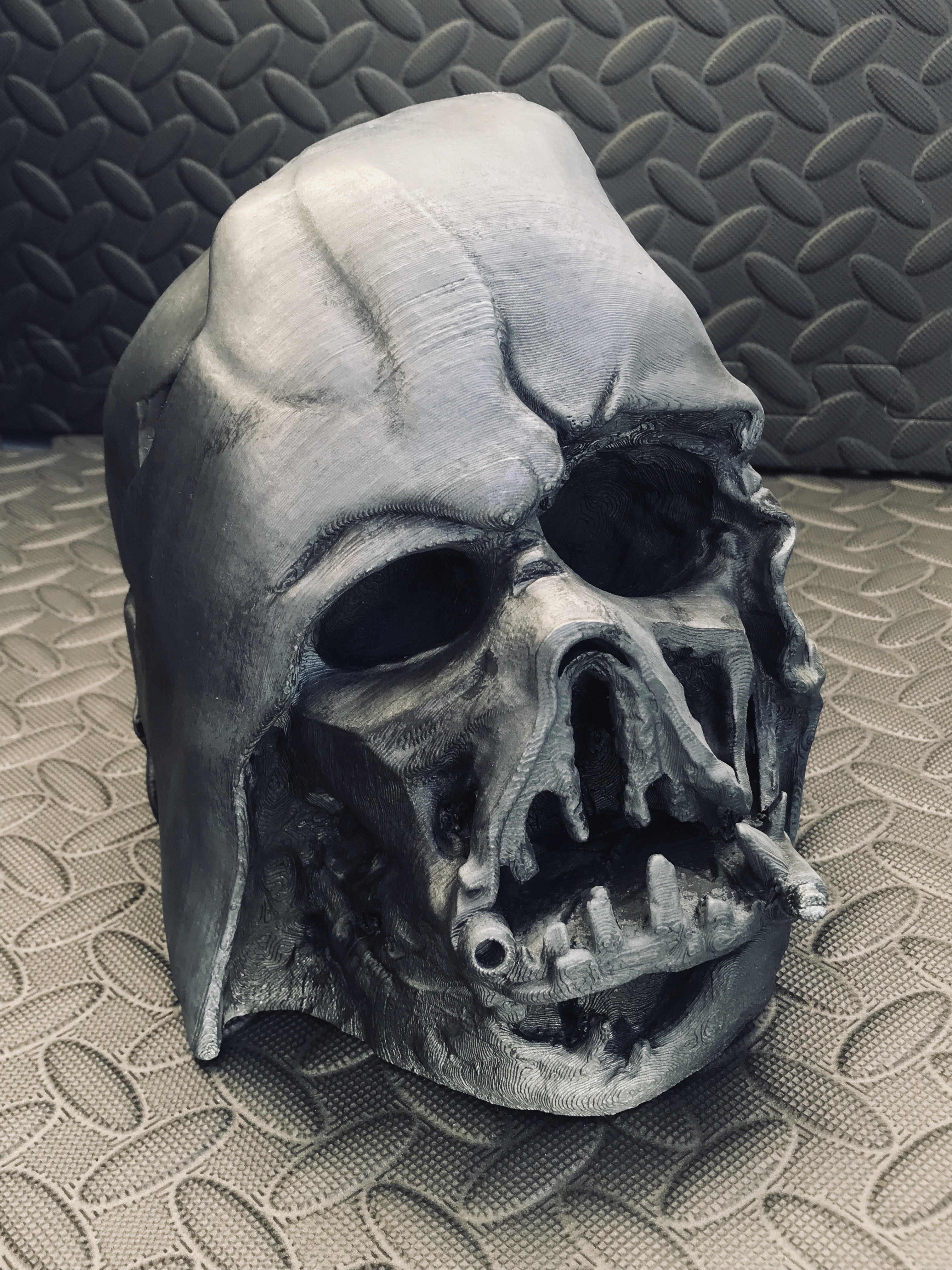 FT: What are your next Star Wars plans are you appearing at anymore conventions?

RL: The next convention I’m planning to attend will be MCM Comic Con in Birmingham this November.

FT: Thank you for taking the time to answer our questions but before we go we always end each point of view with some rapid fire questions, gut feeling and no hesitation…

FT: What color lightsaber would you have?

FT: Which planet would you most like to visit?