This week’s point of view is from the United States, and it is Annie. 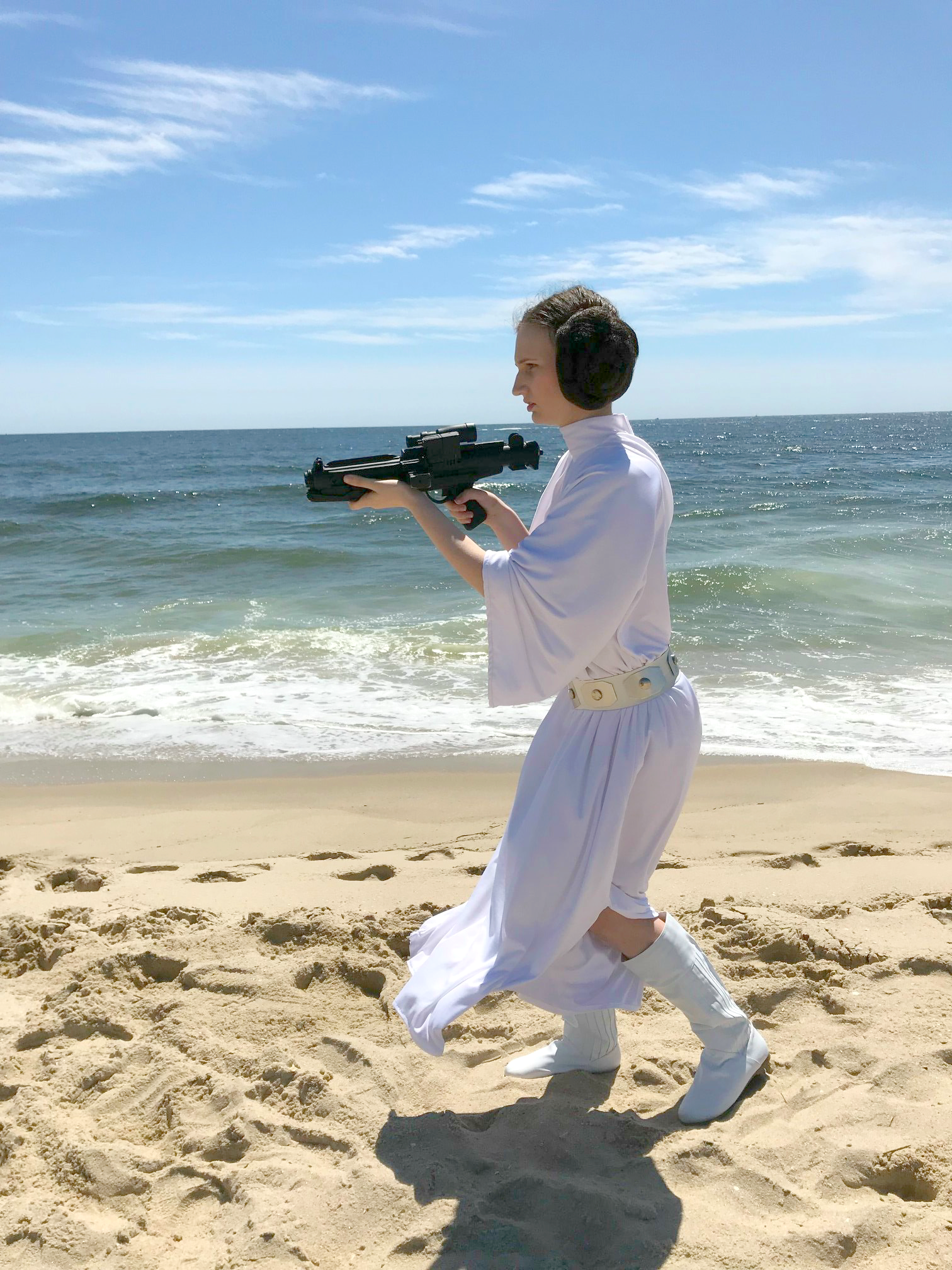 I first saw Star Wars when I was 14. My Dad said I needed to watch it since one of my favourite movies at that time was Mel Brooks’ brilliant parody, Spaceballs. As soon as I watched the Original Trilogy, I was intrigued by the storytelling and how the plot was more in line with fairytales than it was science fiction. I loved the characters, especially Princess Leia, who I still want to emulate in my everyday life!

Star Wars has influenced me to stand up for what I believe in, and Princess Leia and Carrie Fisher specifically made me realize that my struggles don’t define me. 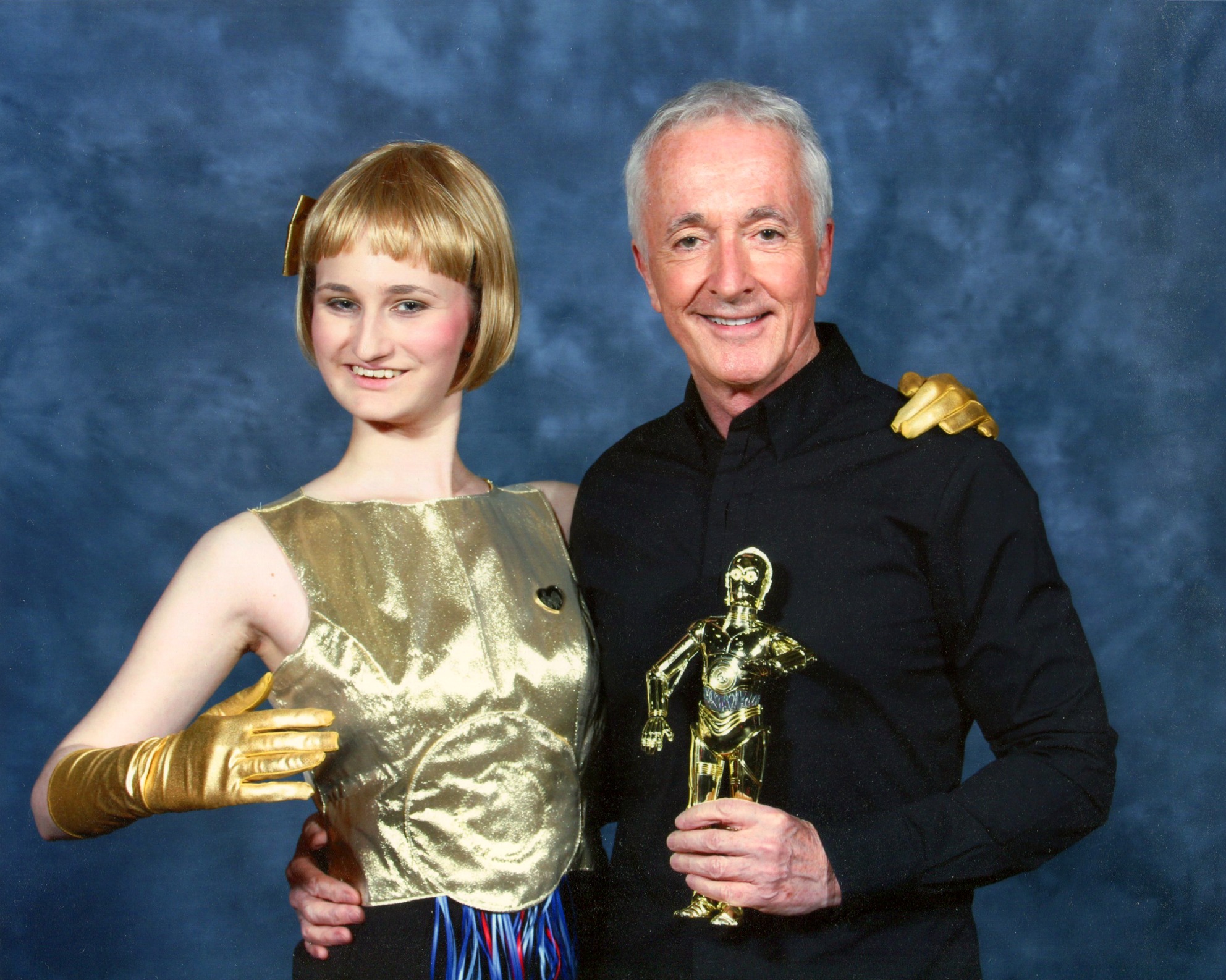 One year at Comic Con, I designed my own C-3PO dress to wear when I met Anthony Daniels. A friend’s mom brilliantly sewed it for me since I lack those skills. Anthony Daniels himself was so impressed by the costume that when he saw me in the crowd at his panel, he brought me up on stage and had me (as well as other audience members) re-enact the desert scene from A New Hope. It was a thrill to play C-3PO in a scene “directed” by the real C-3PO!

I am a member of the Rebel Legion and portray Princess Leia for local events through the local chapter of the group. I also collect anything and everything C-3PO!

The best part of being in the Star Wars community for me is definitely the friendships I’ve made along the way.

I want to put together another Rebel Legion costume sometime in the future, but first I need to decide which costume that will be! 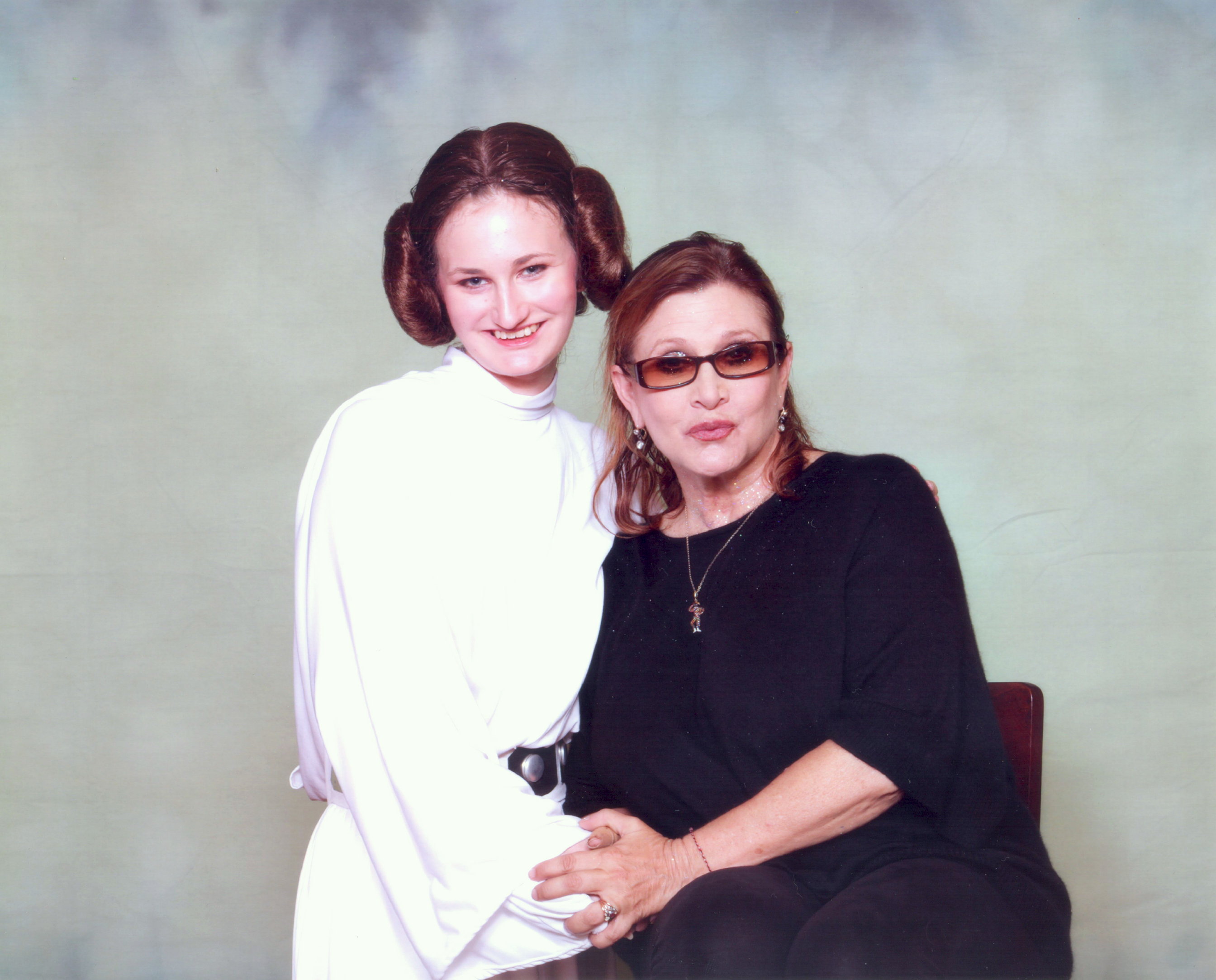 The release of The Rise of Skywalker and (hopefully) getting to visit Galaxy’s Edge!