This week’s point of view is from the Wisconsin, USA , and it is Beth Spear. 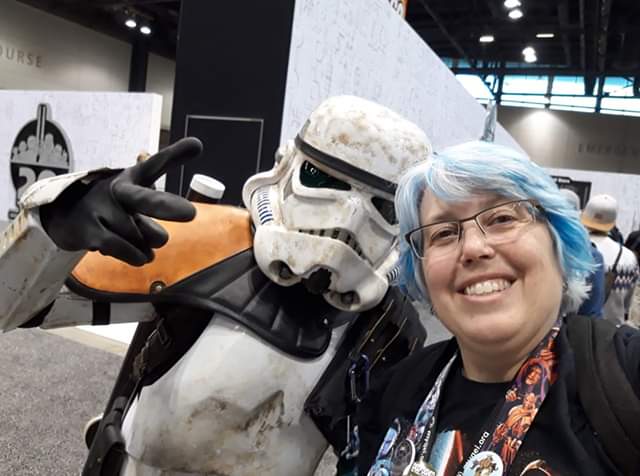 I was six years old when Star Wars came out in 1977. My cousin told me Star Wars was stupid and she got a headache from the big bear yelling all the time. I thought we were at the theater to see Herbie the Love Bug. I was whining to my mom that I didn’t want to see Star Wars. Then John Williams’ amazing music burst into the theater.  At that point I was like, well at least I’ve got popcorn and the music is good. But when that Star Destroyer crept menacingly overhead, my mouth dropped open and did not close until the lights came back up in the theater. The rest of the summer was me begging to go back and see it as many times as I could convince my mother. George Lucas managed to create a believable galaxy far, far away. This world was dirty and imperfect with a little bit of magic that made me long to visit it again and again.

Star Wars has always been an escape for me. I also feel Princess Leia was a female character we had not seen much of before Star Wars came out. She was a leader and just as likely to lead the way as the boys. Star Wars has also influenced my interest in science, space, and the science fiction genre in both films and movies. I have degrees in science and I now teach science in high school, including Astronomy.

I love to share Star Wars with my nephew and nieces. When my nephew was five (he is now a surly teenager) he put me through Jedi training. I am a Jedi Master thanks to him. I also took them to Disney World when they were five, seven, and eight. During our second Star Tours ride, I found out my nephew was the rebel spy!!!!  Yeah, we bought the shirt.

I’m a teacher and I love to glory in my nerdiness in my classroom. I have a full size C3PO cutout I got from a secret santa gift exchange a few years back. 3PO stands outside my room to remind students they need goggles on lab days. I love when students call me weird. I always thank them and make the point that weird is WAY more interesting than normal. I think there are many kids that don’t feel normal and it’s important that they know weird can be YOUR normal.  I have a tattoo representing the survivors of the battle of Yavin IV.  I made a Death Star tree topper for my Star Wars themed Christmas tree. I don’t really collect anything but I have received so many Star Wars themed gifts over the years I feel like I do. 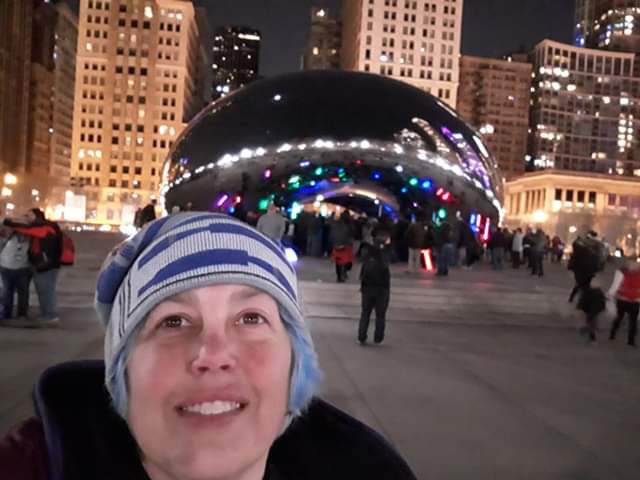 I love finding other fans and speculating about various characters, or storylines in the Star Wars world.  I have found some Facebook groups and it is so fun to connect with this immense, global community that can relate to being a nerd with no shame.

I am trying to decide between a visit to Disney World Galaxy’s Edge or travel to Star Wars Celebration 2020.  I think ultimately Batuu maybe calling my name. 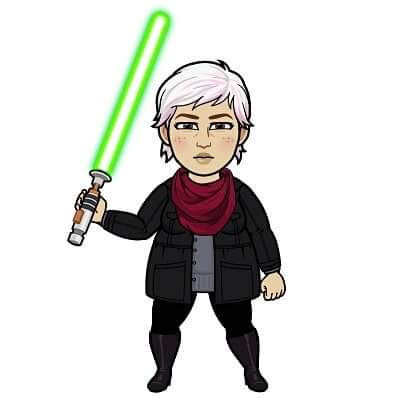 Are you kidding? THE RISE OF SKYWALKER!  This has been a decades long journey and no matter what happens I want to see it.

I love Obi Wan Kenobi and Ewan McGregor so I’d love to see what he was doing on Tatooine for all those years.