A church in Royal Leamington Spa may seem an odd place to meet an actor from Star Wars, but that is exactly where I met Paul Warren, at Spa Wars in Leamington Spa a couple of weeks before the opening of The Last Jedi.

I asked the question that any Star Wars fan would ask someone who had been in the new series of films – “are you in The Last Jedi?” A very diplomatic response came back “Speak to me after Christmas…”

I’m so happy that I can ask that question again, and this time gets a response!

Hi Paul! So you were in The Last Jedi. Can you reveal who you played and in what scene you’re in?

It’s been a long time since we first started working on it, but yes I can finally reveal I played a Canto Bight Dowager alien in The Last Jedi. 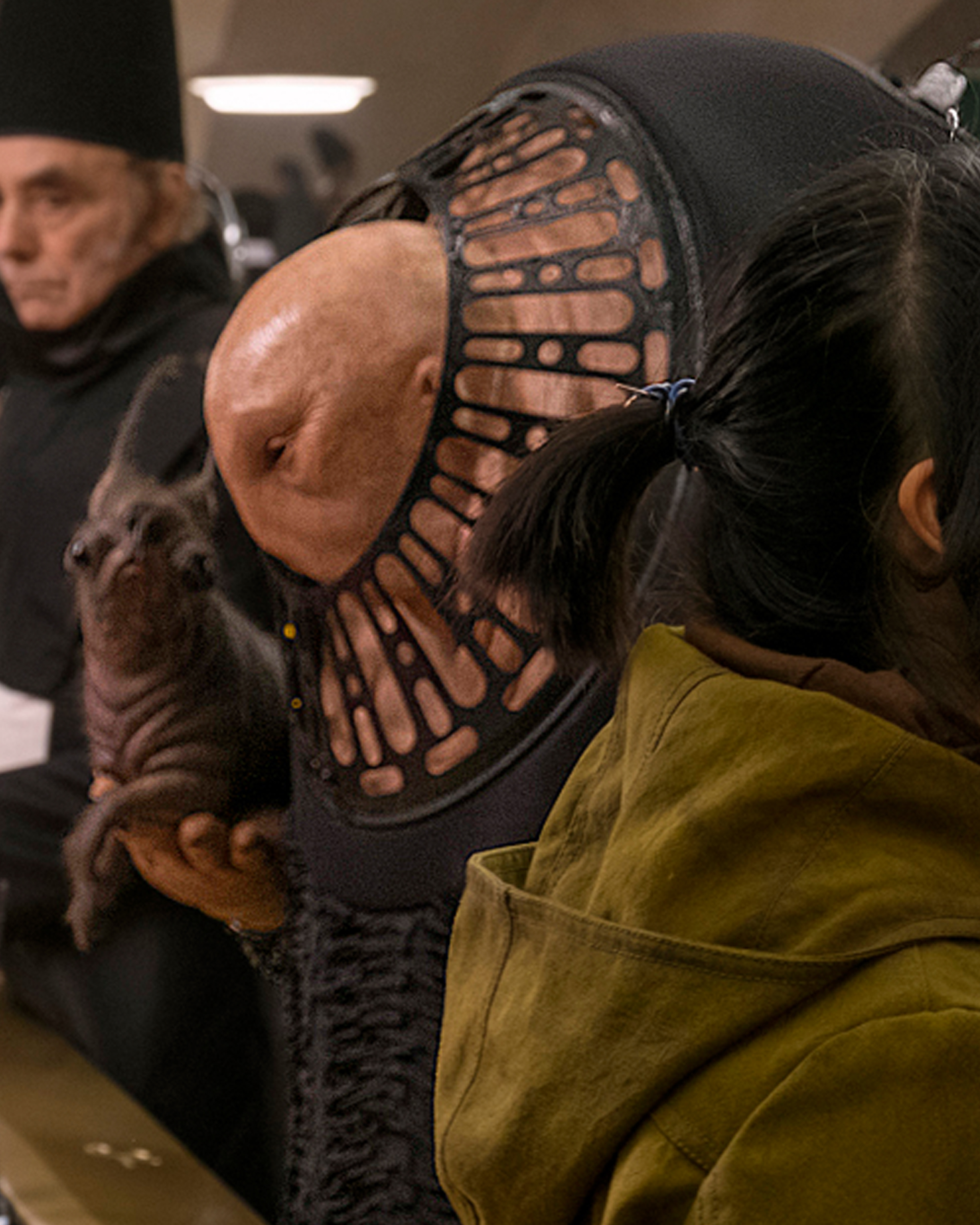 So we know that Leland Chee said that Space Gary has an actual cannon name and it is yet to be revealed,  so for the purposes of this interview we will “Carrie On” with our rather cute name! When you saw that Rian had confirmed Space Gary on twitter before the film had come out, what were you feeling or did you know that it was Space Gary you were holding?

We knew he was a homage to Gary on set. There was even a hanging tongue at one point. Unfortunately most of it didn’t make the cut and now you only see the dowager and Gary very briefly. But we are there. Hopefully more stuff will appear on the blu-ray or something. 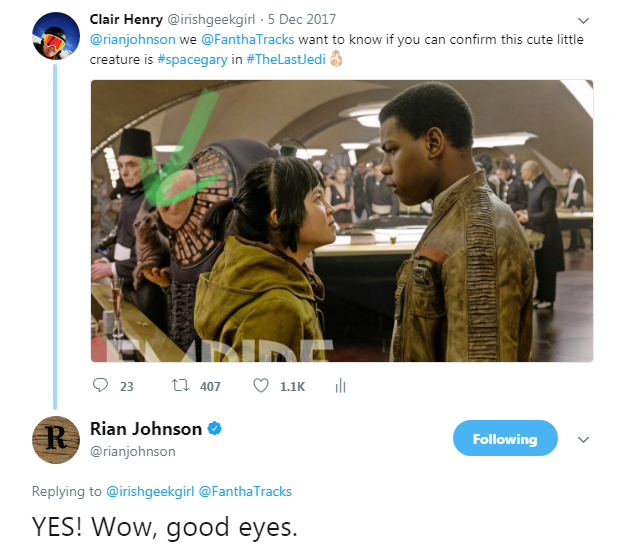 A lot of people have been asking about Space Gary on Twitter? Can you confirm whether it was it Gary Fisher dressed up or was it something created from the Creature Workshop?

It was an amazing fully animatronic puppet created by Neal Scanlan’s creature department.

How were you able to hold him? Was it a static model or could you move and control him?

He was permanently connected to the dowager’s hand and remote puppetered by Daisy Beattie just off set. I was inside the dowager with a video monitor performing the character’s movement, arm and head while Chris Clarke was also just off set remote puppeteering the face. Justin Pitkethly was also part of the team doing everything from taking care of me getting in and out to changing battery packs, repairs, her props and communicating via a radio mic what was going on around me in the casino. I’m a small part of a team that bring these amazing creatures to life.

What was it like being in the Canto Bight scene with so many creations from the workshop, and how does it compare to other scenes without so many puppets and costumes?

It was a very busy set with steps, lots of creatures and background artists to navigate. On other films I’ve been either in prosthetic makeup or in a creature suit with an animatronic head. This was a form of puppeteering from the inside I’ve not done before. It was quite challenging, but I loved every moment. 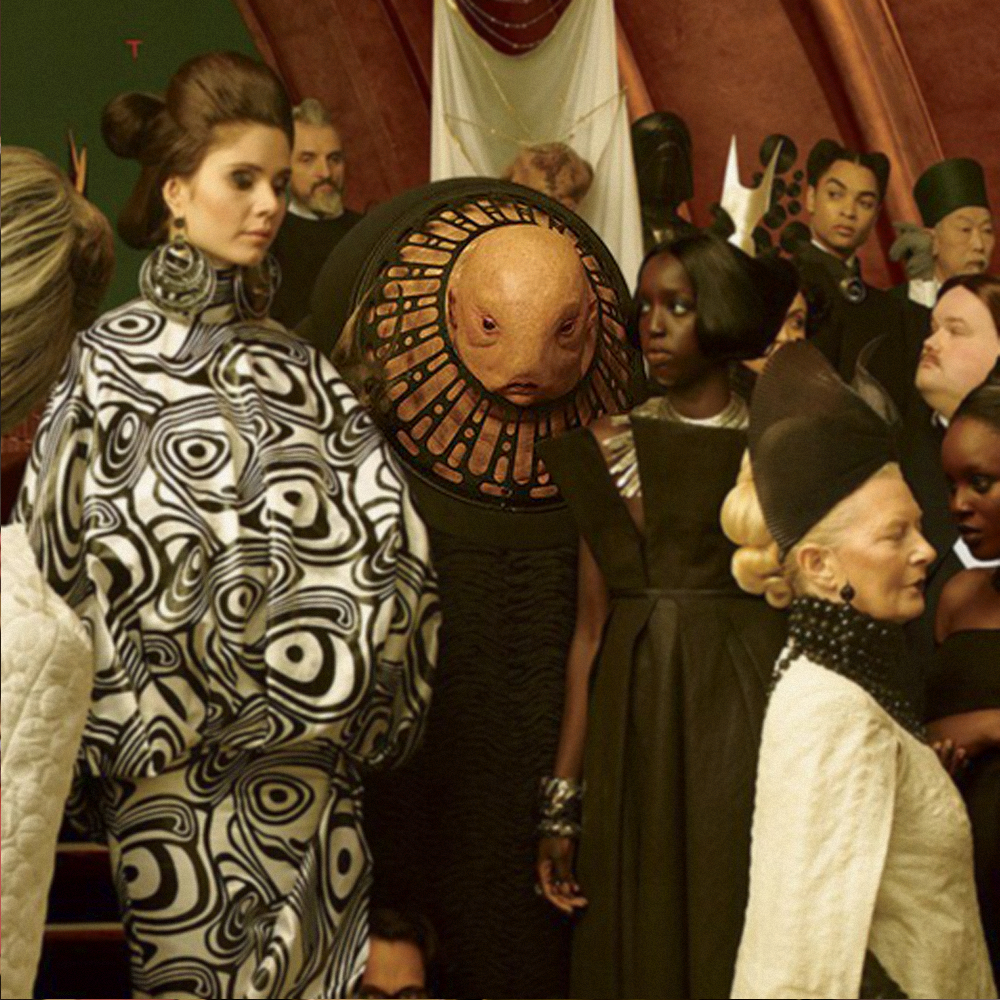 Compared to other directors can you tell us what it was like working on The Last Jedi and specifically with Rian Johnson?

Rian is a very kind, approachable and humble guy. Very much like J.J. Abrams on The Force Awakens. Working on both sets was very hot and gruelling in these creatures, but a lot of fun.

There was one point I’ll always remember where Rian came over and asked me if he could take a picture of Space Gary and send it Carrie Fisher. I said “It’s your movie, mate”. He laughed.

You have been lucky that the characters you have played are favourites or specific choices of the directors such as your character in The Force Awakens, why do you think that is?

I’m not sure why that is. I just try to be nice, easy to work with and professional.

I have creature designer Martin Rezard to eternally thank for Star Wars. He recommended me to Neal Scanlan for The Force Awakens after we worked together on Thor: The Dark World and Guardians of the Galaxy. 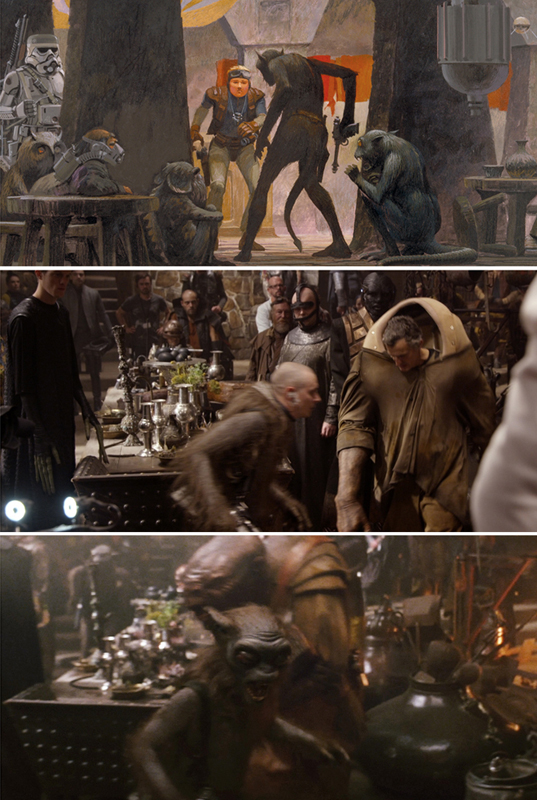 How did you get into this very specific form of acting? 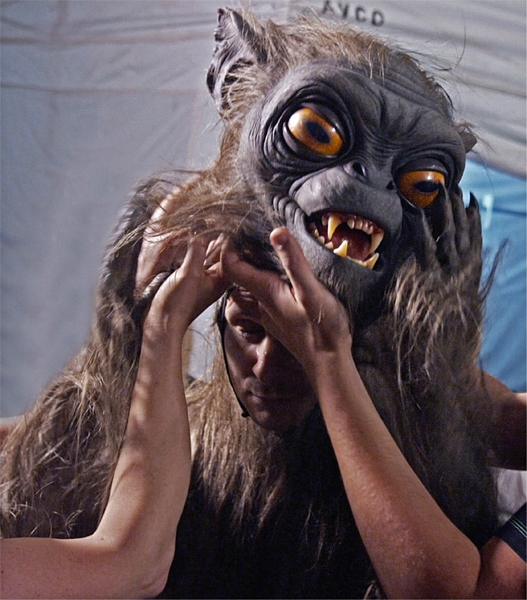 In 2007, I was recommended to the legendary Stan Winston Studio for the movie The Deaths of Ian Stone. The role required me to be covered in full body prosthetics.  Working with Stan’s crew is what ultimately set me on a path to becoming a creature performer. It was a great experience to have on my CV. One job in prosthetic makeup led to another and so on.

Can you briefly tell us what other roles you have played?

I began my film career as a body double for Daniel Radcliffe on the film Harry Potter and the Order of the Phoenix, before being chosen by director Joe Johnston to be a VFX double for (Chris Evans) as skinny Steve Rogers in Captain America: The First Avenger.

I’ve since gone on to play monsters and aliens in Guardians of the Galaxy, Thor: The Dark World, Clash of the Titans and World War Z. There are some great makeup images and much more info on my website for anyone interested www.paulwarren.actor

I actually can! (laughs). I worked briefly on Spielberg’s Ready Player One and I have a small creature role in the upcoming horror movie Ghost Stories. I don’t want to say too much, because it really is the best kind of film to go and see not knowing anything.

It’s directed by Andy Nyman and Jeremy Dyson and stars Martin Freeman, Paul Whitehouse and Alex Lawther. I’ve already seen it and it’s great! It comes out this April.

Thank you for chatting to Fantha Tracks about your role in The Last Jedi and I look forward to seeing you again, perhaps in another church celebrating Star Wars!

Thank you. Ha You never know!

Paul was a guest on episode 199 of Skywalking through Neverland Podcast with Richard and Sarah Woloski. Check out his interview by clicking the image below. 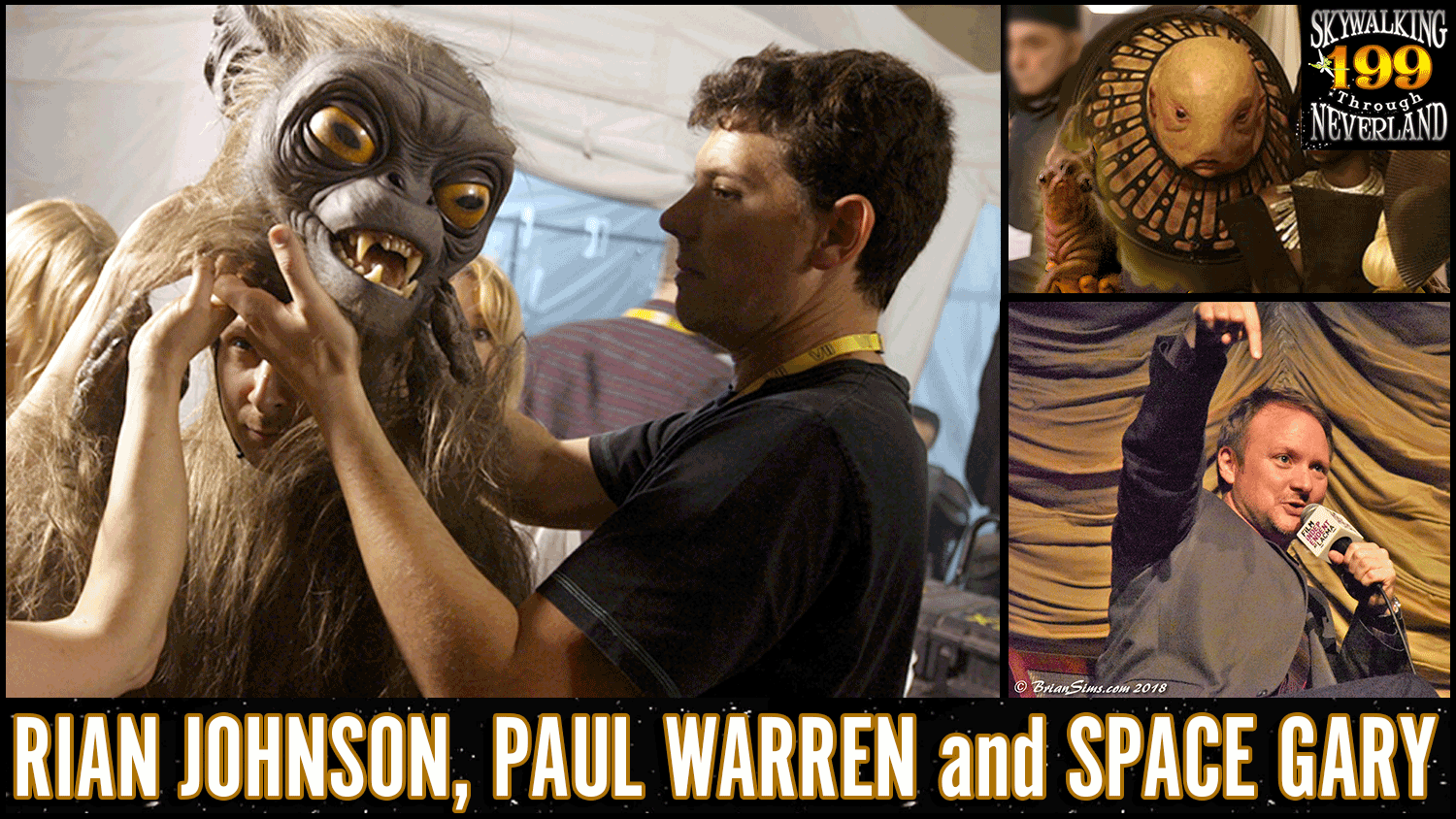 Kelly Marie Tran describes her secretive The Last Jedi audition: “You didn’t really know anything about it”